The Next Libya: A ‘New Dubai’ of North Africa? 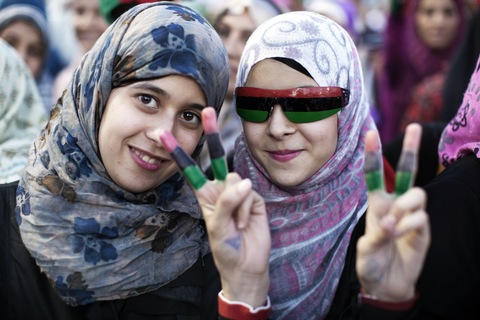 Now that Libyan dictator Moammar Gadhafi is gone, what will the country need to do to return to normalcy and what could a future Libya look like?

We asked Qamar-ul Huda, a regional specialist at the U.S. Institute of Peace, for his perspective. He spoke of the feelings of joy and self-determination in the country, and of the hard work that lies ahead.

“It’s odd to talk to someone who’s 55 or 65 years old and they call it their birthday, or the first day their country is born,” he told us. “It’s such a euphoric moment.”

Read more of his Q&A (answers edited for length):

What are the next steps for Libya?

QAMAR-UL HUDA: Politically, the Transitional National Council needs to move forward to meet its promises to arrange mini-councils to prepare for elections and to transition to a representative body for Libyans. So they need to relinquish their power. It’s a new day. Democracy is a new institution for Libya — this concept of one being responsible for the fate of the nation is a completely different set of values than what it’s been for over 40 years.

Militarily, they need to move from a rebellious movement to a cohesive military institution that defends and secures the country. The challenge is they have a dozen or so tribes trying to jockey for position — both in politics and the military. But the military needs to be cohesive, defend its borders, and develop a very disciplined army. They had that under Gadhafi, but of course it was run by a very secure family.

Civilians will be demanding some sort of normalcy back to civilian life. They need civilian institutions that will support them in terms of education, health care, social services like hospitals and clinics, sanitation and water services.

Lastly, there’s a business side. The business sector will be requesting some normalcy to international investments and opportunities to create a decent market.

What is Libya’s starting point for all of these things?

QAMAR-UL HUDA: Libya is just reemerging from a post-conflict situation, so they need to do some basic things like demobilize the rebellious movements and make sure the former loyalists are reintegrated into society. They also have to make sure there’s disarmament of all the weapons that were distributed freely, making sure they’re reintegrated back to the army. They also need to quickly make sure that the youth are back into schools and have a future. 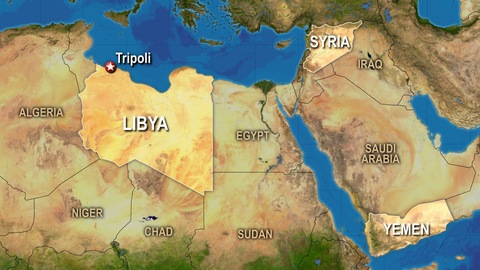 How will Gadhafi’s death affect the region, particularly Syria and Yemen?

QAMAR-UL HUDA: I think many of the security establishments in Syria and Yemen probably thought Gadhafi was doomed because of the international effort by NATO and the West, and Arab countries to end his regime. But the fact that he is gone — and maybe two of his sons killed — is a powerful, symbolic move that the region is not going to be able to just withhold its people from revolutionary changes.

I think that Syria will take stronger efforts to invest in its security and intelligence and everything it’s doing, which I think is miscalculated … because they’re losing regional support and falling more and more into an isolationist situation where they won’t be able to use the same old tactics against its people.

And I think Yemen is the other place where you see (President Ali Abdullah) Saleh changing and admitting there will be a date that he has to leave. He’s said it several times in the past two months and he’s returned. But I think with the recent changes in Libya and pressure from the international community, I think we can see him leave with a little more dignity than Gadhafi did.

How will the international community help with Libya?

QAMAR-UL HUDA: There will be humanitarian aid. There will be greater security assistance and skills assistance to doctors, lawyers and teachers, plus a greater exchange. Libya is going to emerge out of this very isolated country that’s been seen as a pariah in the region because of Gadhafi’s rule and into a country that’s going to be what some of us are suggesting, perhaps a new Dubai of North Africa within 10 years. Not only because of its resources and its ability to pay for those new services, but because it’s a very forward-looking country.

Watch a NewsHour report on what comes next after Gadhafi’s death: