A leak of 13.4 million documents from offshore firms unveiled the accounts of some elite, world-famous names, such as Queen Elizabeth II and Bono, along with some U.S.-Russian ties within the Trump administration.

The German newspaper Süddeutsche Zeitung was the first to acquire the documents, as it had last year with another massive leak of offshore financial data known as the Panama Papers. The newspaper shared the files with the International Consortium of Investigative Journalists, which then coordinated with 96 media partners to organize the files before their release on Sunday.

Nearly half of the documents came from offshore law firm Appleby in Bermuda, which reported last month that hackers had accessed its records in 2016 and possibly obtained client data.

The data also contained about 25,000 offshore companies, which are used legally to hold assets, such as property, yachts and investments in stocks, in jurisdictions with little to no taxation. Offshore banking also has become associated with the illegal activities of money-laundering and tax evasion.

The documents showed that about £10 million, or $13 million, of Queen Elizabeth II’s private money was held in funds in the Cayman Islands and Bermuda, though there is no evidence of illegal activity. 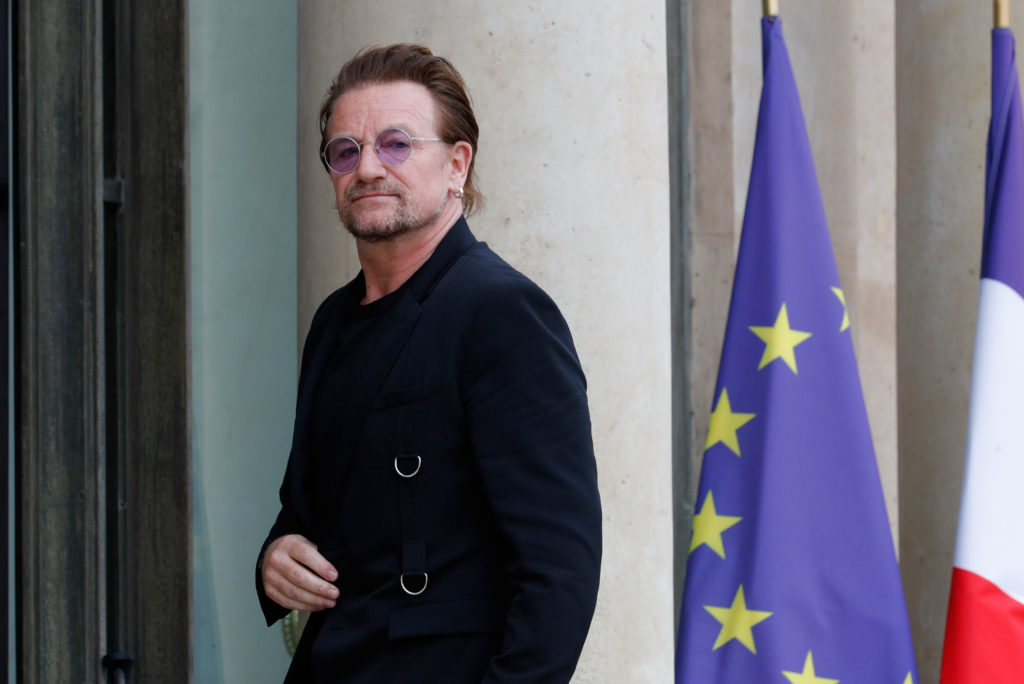 Singer Bono of the Irish band U2 and co-founder of ONE organization arrives at the Elysee Palace in Paris on July 24, 2017. Photo by Philippe Wojazer/Reuters

U2 singer Bono, whose real name is Paul Hewson, was shown to be an investor in a Maltese company that bought a shopping center in Lithuania. His spokeswoman said he was a “passive minority investor” in a company that was “legally registered” in Malta.

The ICIJ said about 120 politicians from 50 countries appear in the papers, including Commerce Secretary Wilbur Ross who owned stock in Navigator Holdings, a shipping company whose customers include Russian gas and petrochemical producer Sibur. Investors in Sibur include Russian President Vladimir Putin’s son-in-law Kirill Shamalov.

Ross told British media that he listed the holding in his government financial disclosure forms. “This would have been something not good had it not been disclosed, but it has been quite fulsomely disclosed,” said Ross.

The documents also showed that Russian billionaire investor Yuri Milner’s investments in Facebook and Twitter were financed by Russian state-controlled banks and that Milner invested in a real estate venture partly owned by White House adviser Jared Kushner, President Trump’s son-in-law. Milner has said the Russian government financing is no different than investments in other parts of the world.

The ICIJ is expected to release more information over the coming weeks.