Britain’s Prince Harry and American actress Meghan Markle exchanged vows Saturday as throngs cheered from the grounds of Windsor Castle in a ceremony imbued with tradition and music.

Tens of thousands of spectators surrounded the castle, some of whom had camped there since Tuesday. They were able to watch the ceremony on a large outdoor screen. 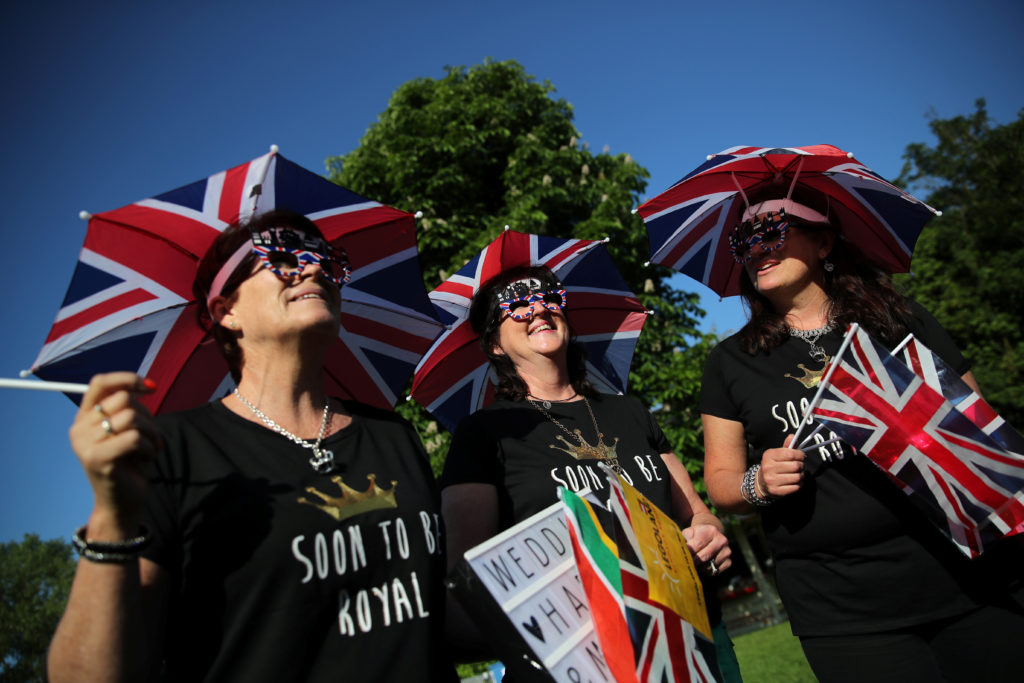 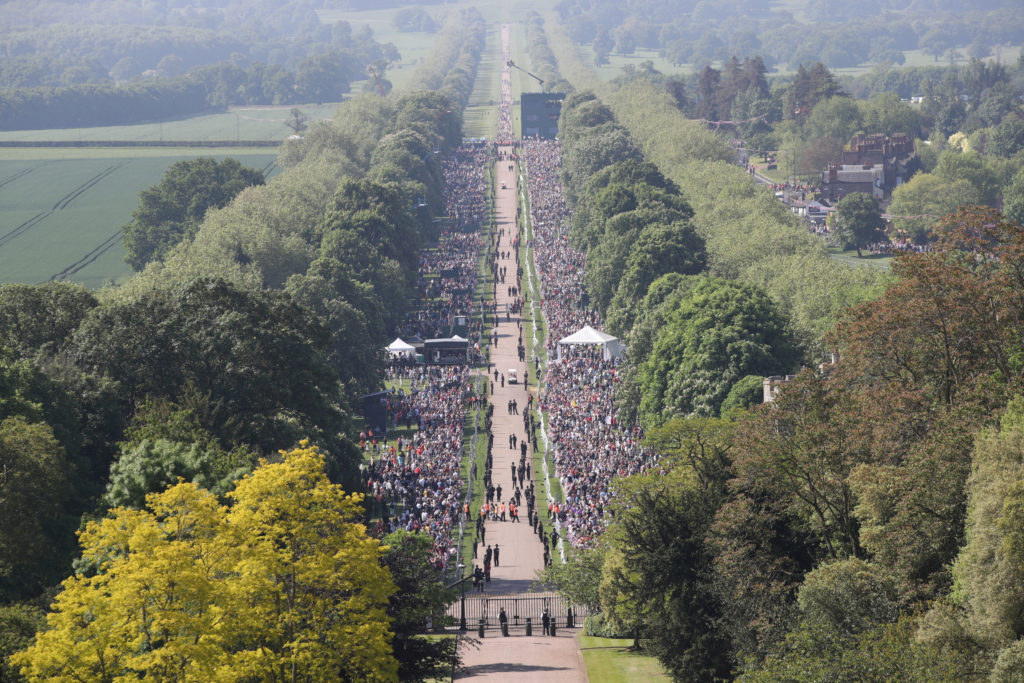 Tens of thousands of people lined the Long Walk that leads to Windsor Castle. Photo by Yui Mok/Pool via Reuters

The first of the 600 wedding guests began arriving at 4:30 a.m. EDT in morning suits, day dresses and, of course, frilly hats. 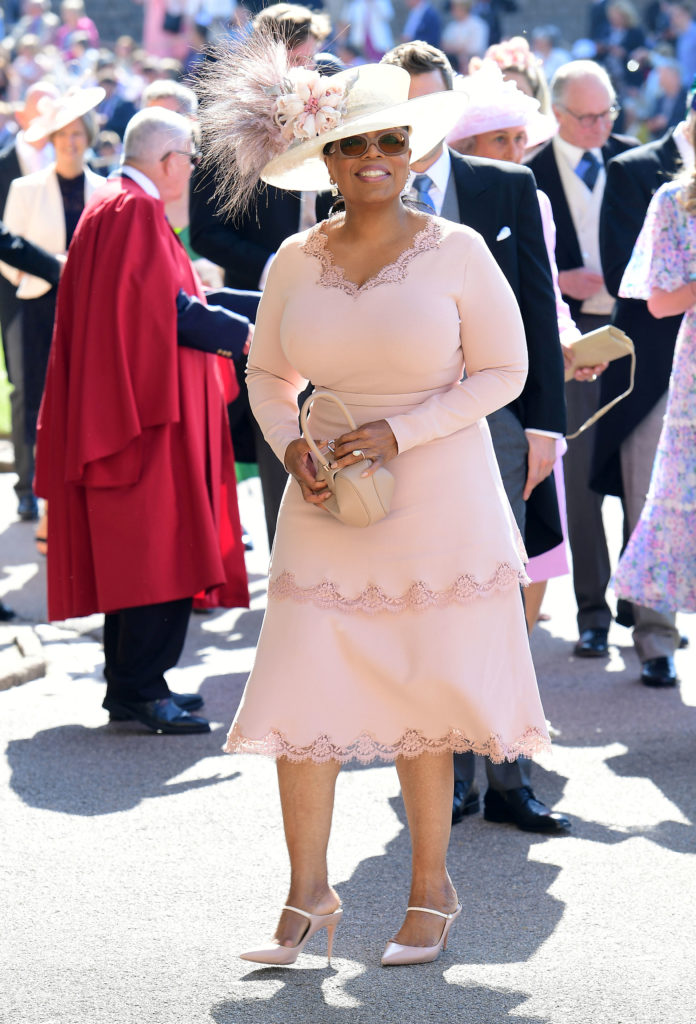 Oprah Winfrey was one of the first guests to arrive at the chapel in Windsor, England. Photo by Ian West/Pool via Reuters 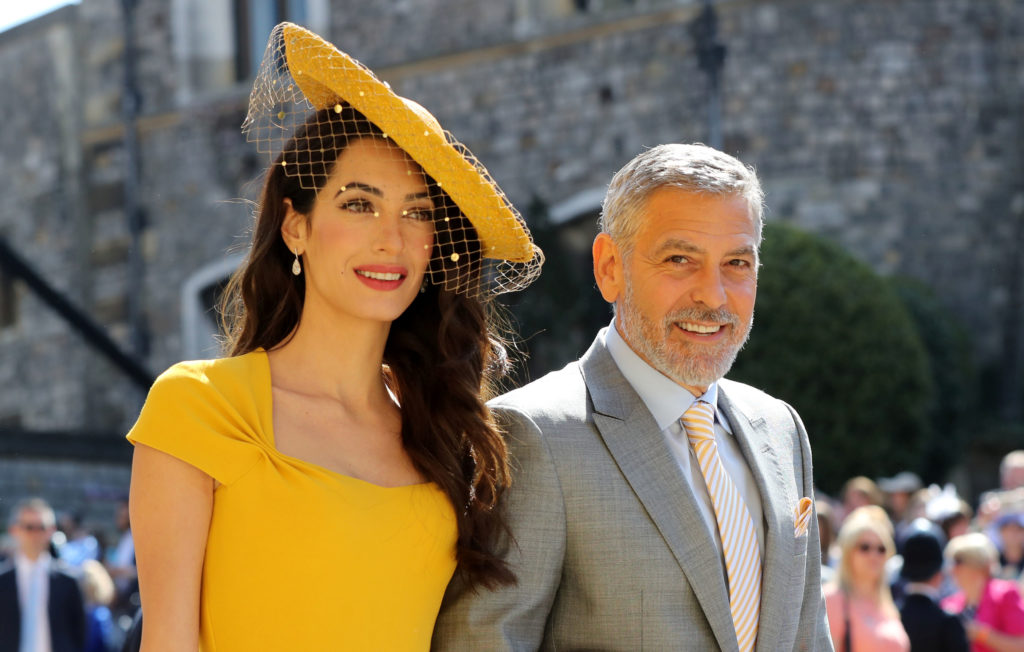 Amal Clooney and George Clooney are among the friends attending the wedding. Photo by Gareth Fuller/Pool via Reuters 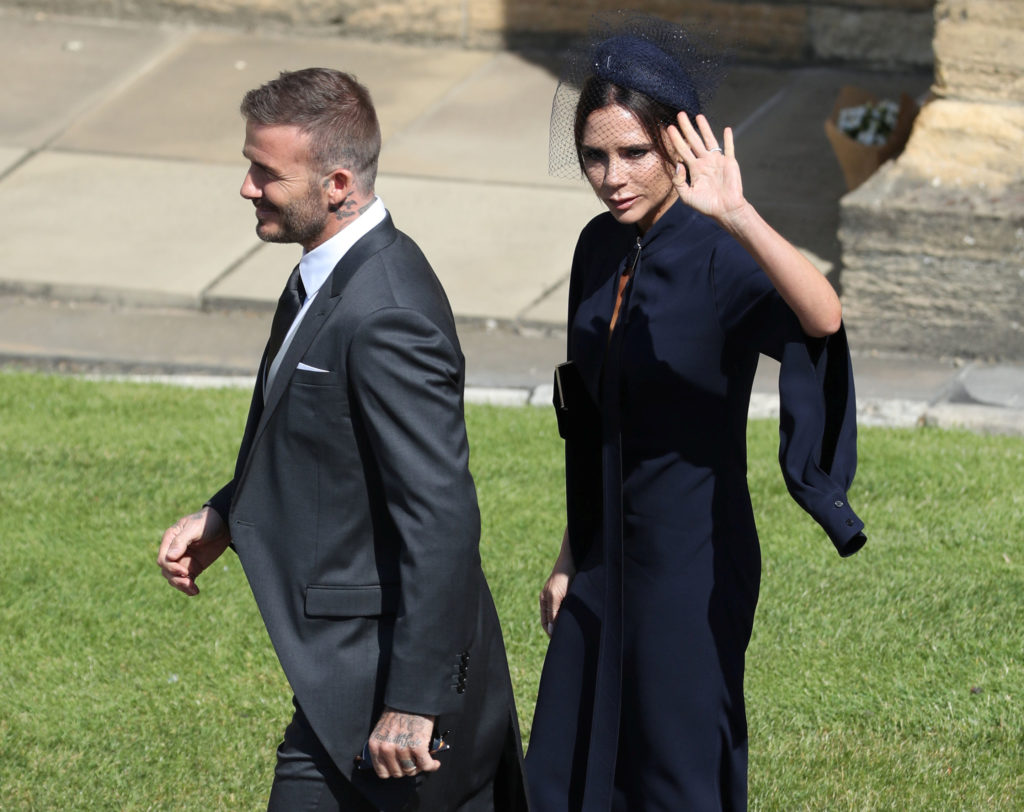 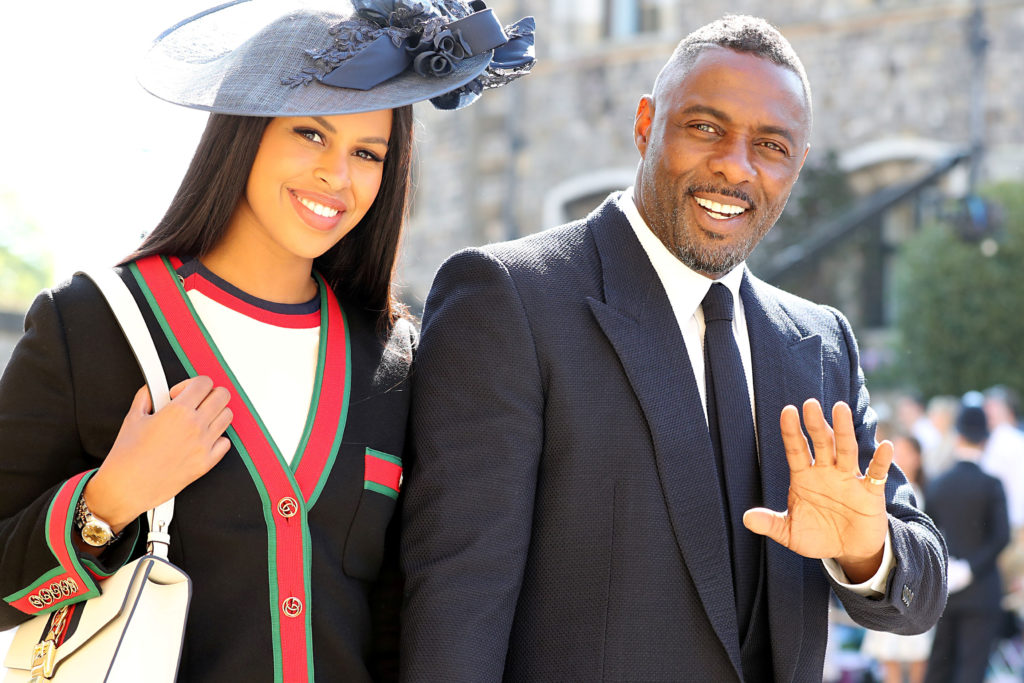 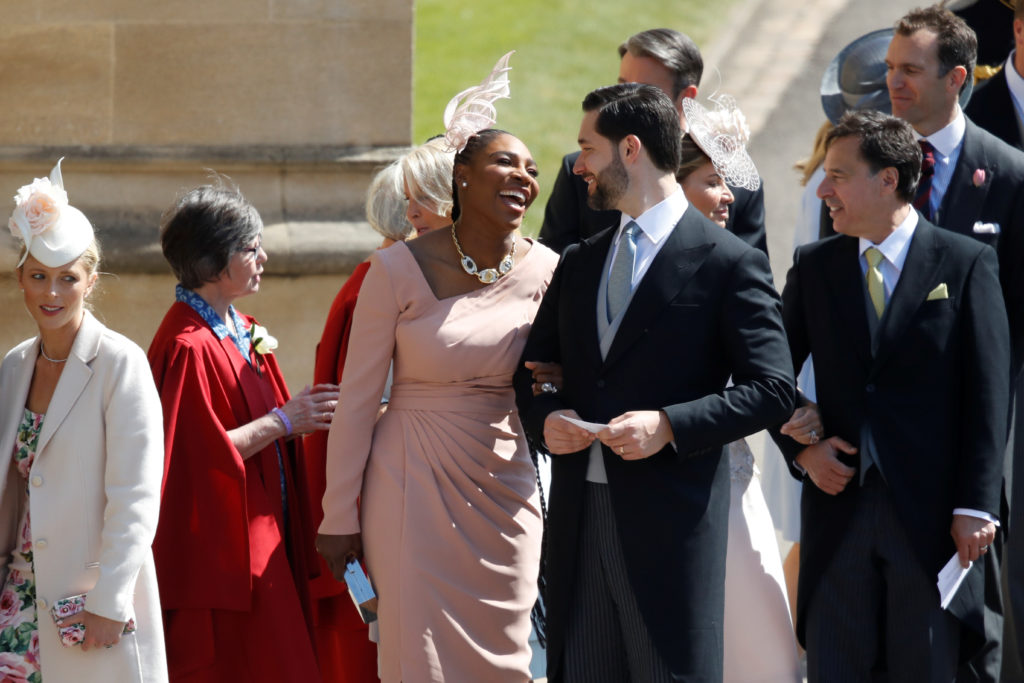 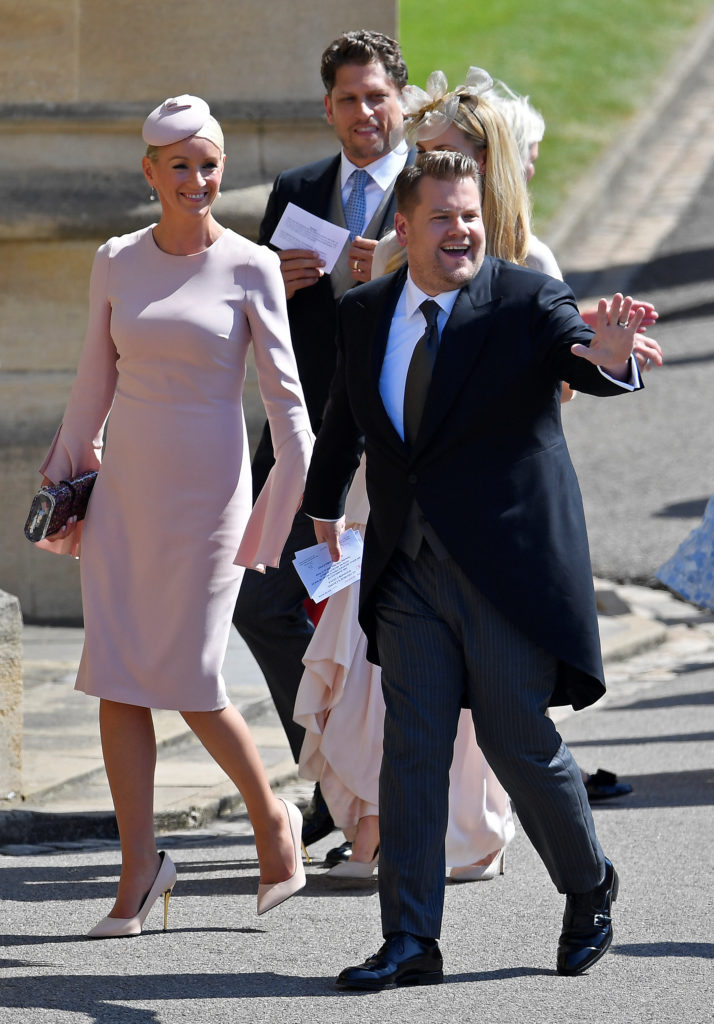 Comedian James Corden and his wife Julia Carey enter the church on Saturday. Photo by Toby Melville/Pool via Reuters 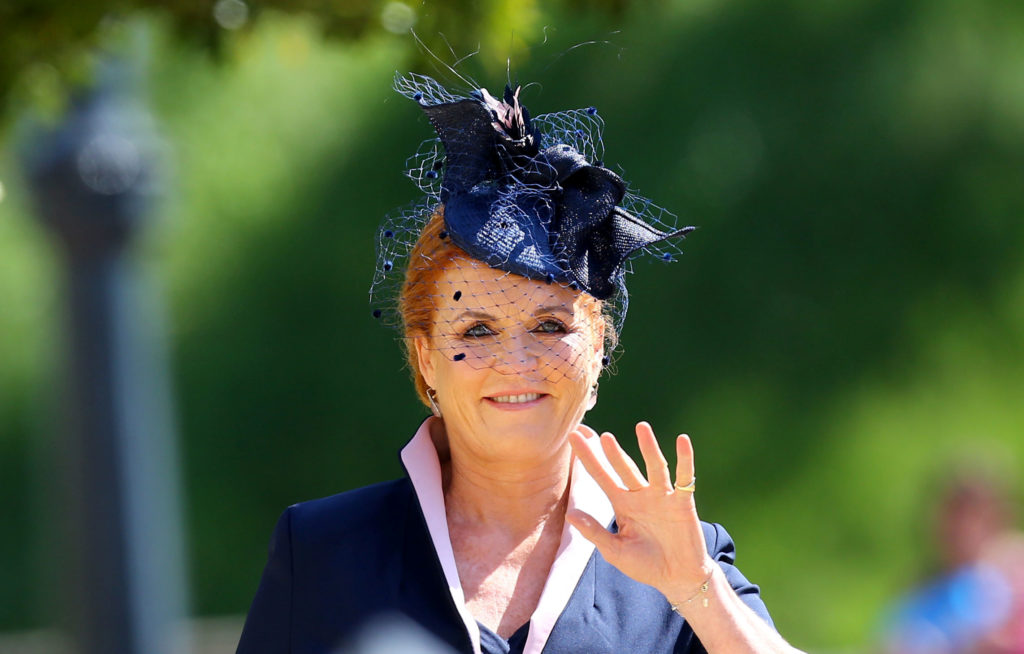 Sarah Ferguson, the duchess of York, waves to the spectators. Photo by Gareth Fuller/Pool via Reuters

St. George’s Chapel was decorated with white roses, the favorite flower of Prince Harry’s mother Princess Diana, who died in a car crash in Paris in 1997 when Harry was 12. 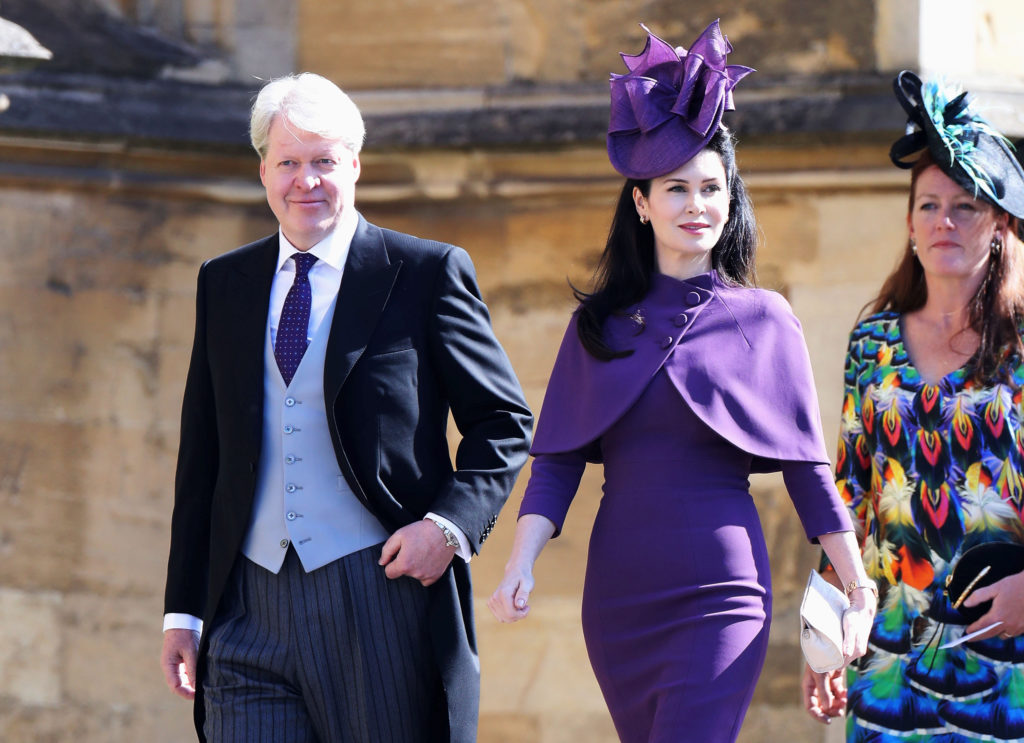 Charles Spencer, brother of the late Princess Diana, attended with his wife Karen Spencer. Photo by Chris Jackson/Pool via Reuters 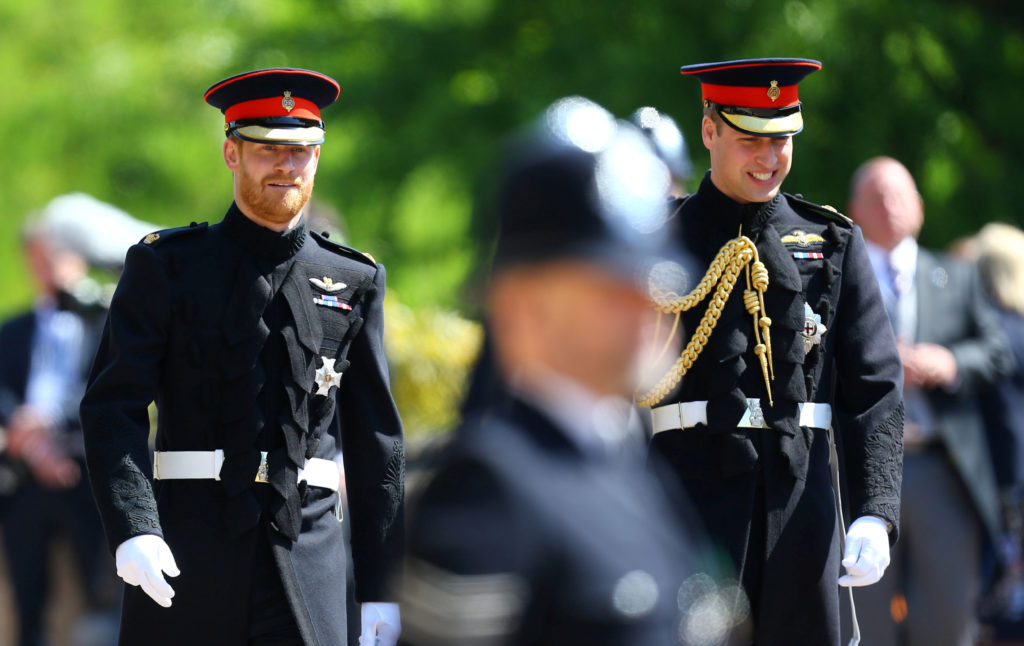 Prince Harry walks with his best man and brother Prince William to the ceremony. Photo by Gareth Fuller/Pool via Reuters

Queen Elizabeth II and Prince Philip then arrived, along with Prince Charles and Camilla, duchess of Cornwall.

Prince Harry and his older brother Prince William both wore military uniforms of the Blues and Royals cavalry regiment of the British Army. 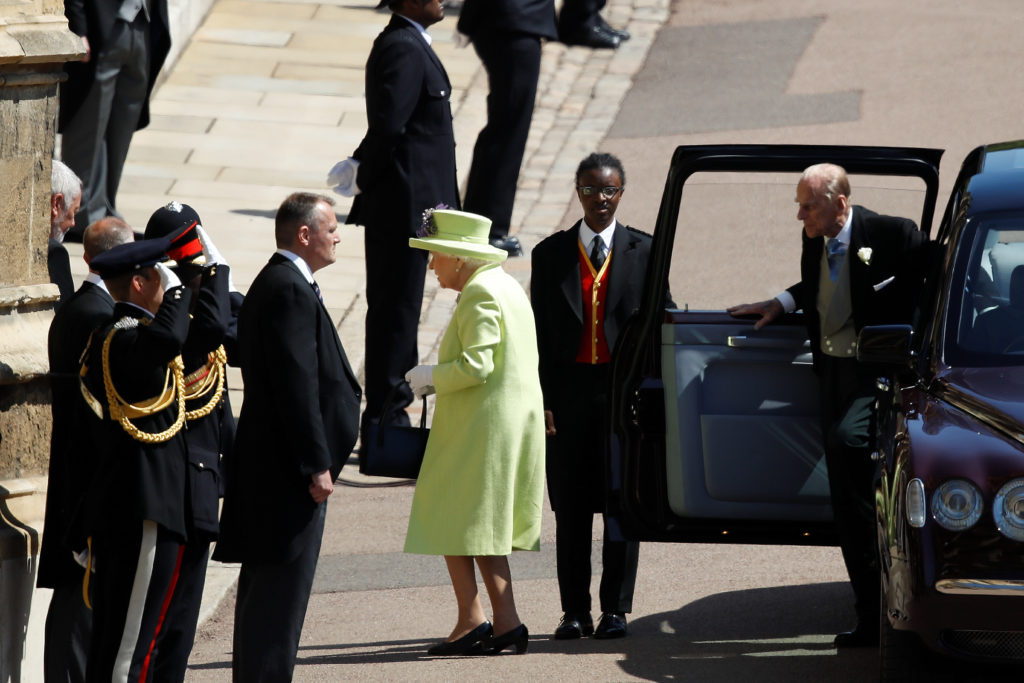 Britain’s Queen Elizabeth II and Prince Philip, duke of Edinburgh, walk into the church. Photo by Odd Andersen/Pool via Reuters

Following tradition, Queen Elizabeth bestowed the title of the duke and duchess of Sussex on the couple’s wedding day. Since Markle does not have a royal background, she will not be called Princess Meghan, through she will technically be known as Her Royal Highness Princess Henry of Wales after her spouse (Prince Harry’s full name is Henry Charles Albert David). 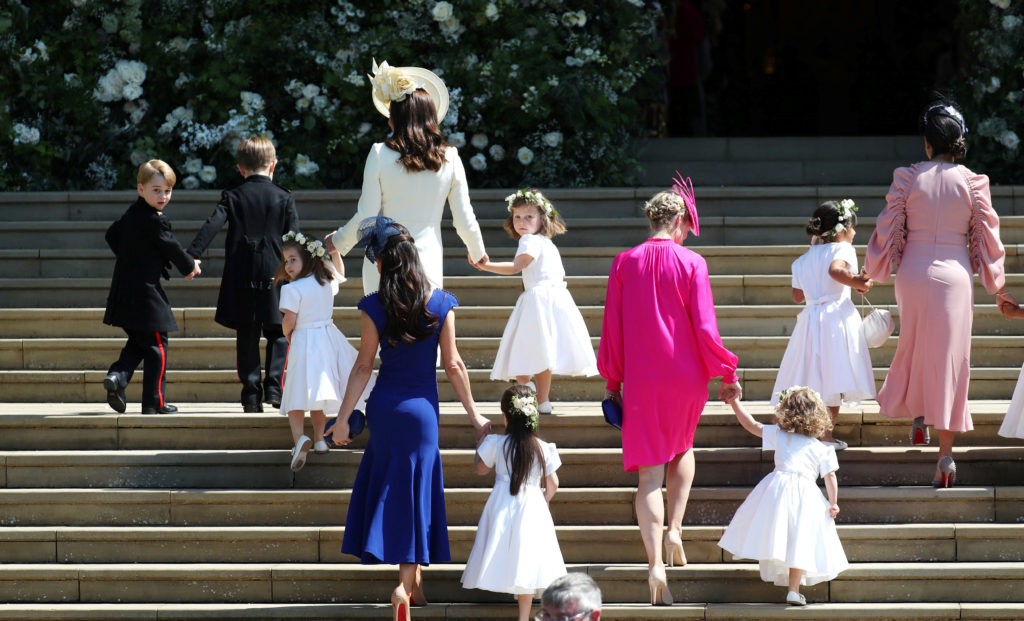 Markle rode with her mother Doria Ragland in a vintage Rolls Royce from the Cliveden House Hotel, about 10 miles from Windsor Castle. 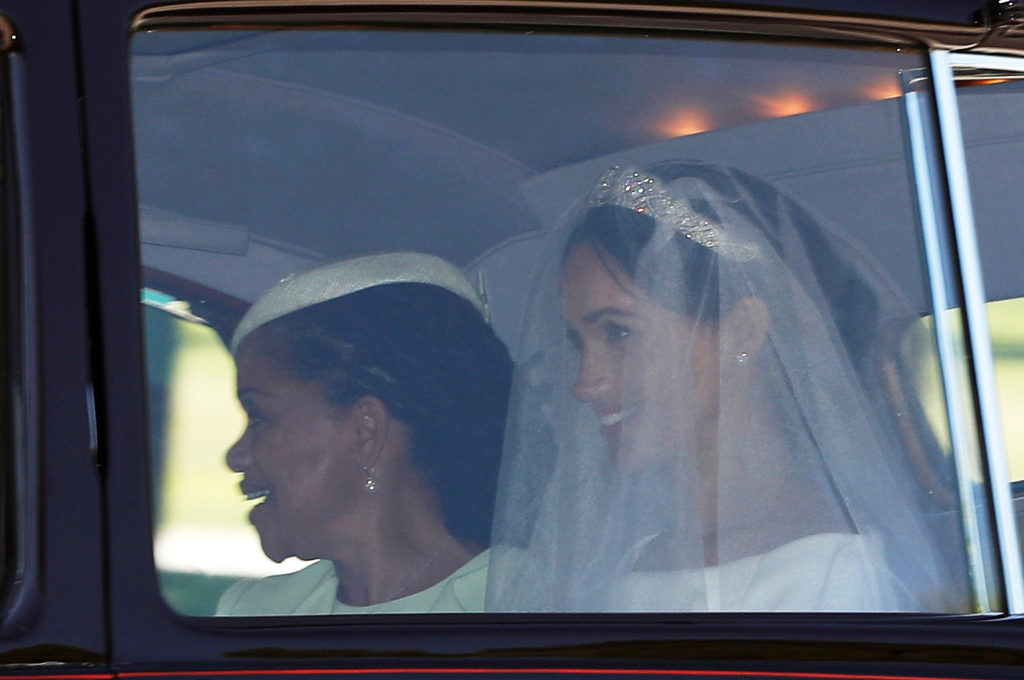 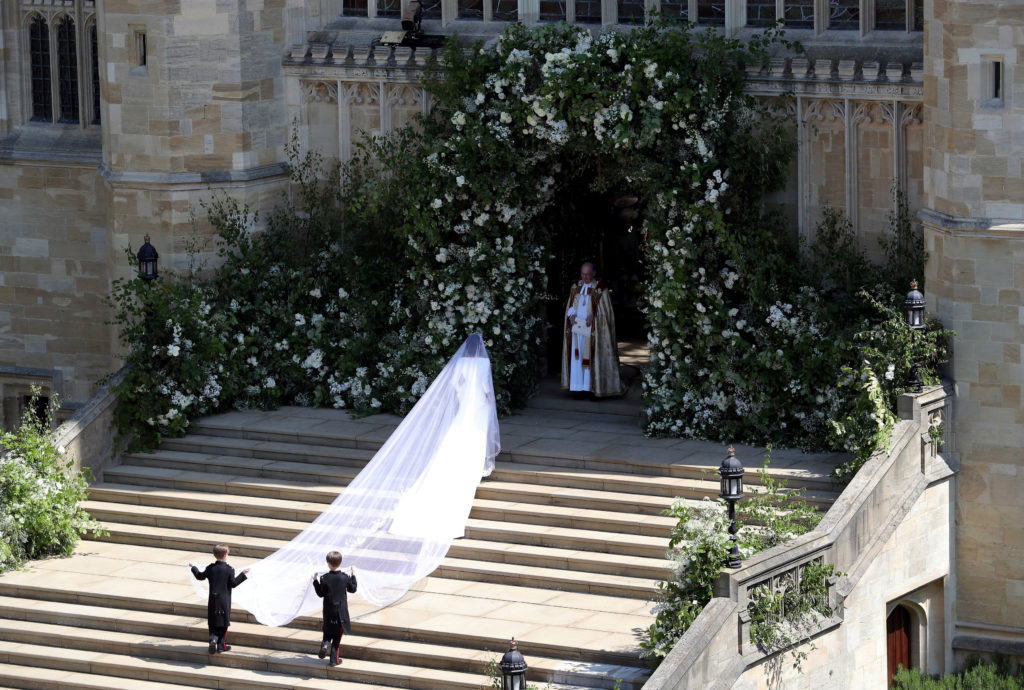 Prince Charles walked Meghan down part of the aisle at the church. Her father, Thomas Markle, stayed at home in Mexico due to heart problems.

American bishop, the Most Rev. Michael Curry, leader of the Episcopal Church, gave the address at the wedding. 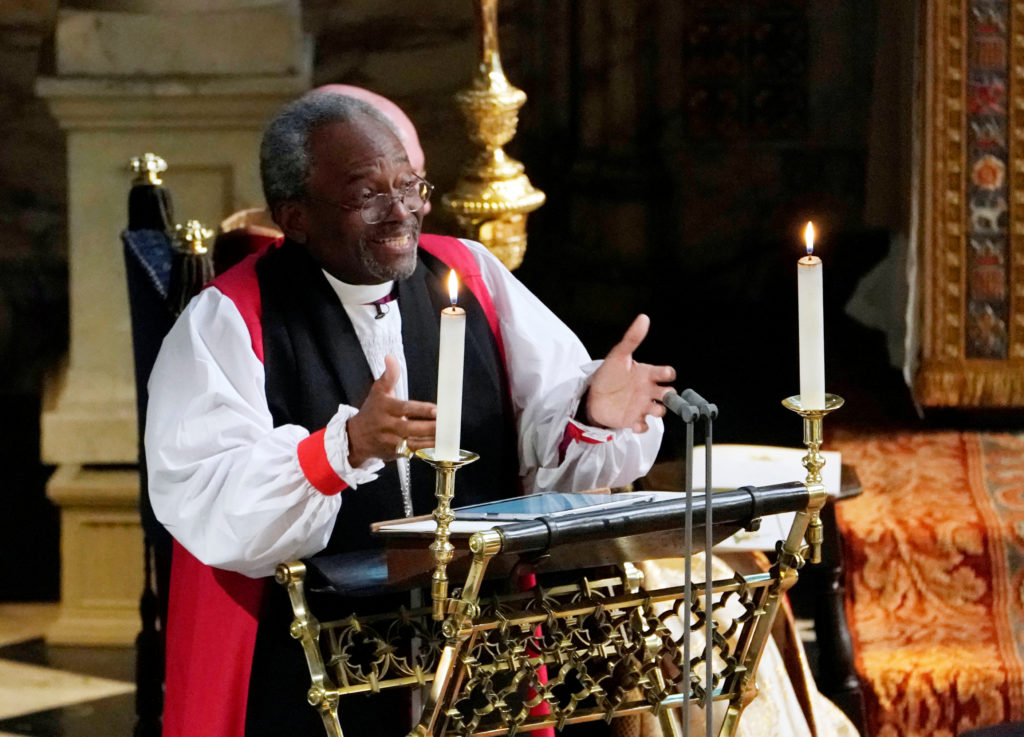 The Most Rev Bishop Michael Curry, leader of the Episcopal Church, gives an address during Prince Harry and Meghan Markle’s wedding. Photo by Owen Humphreys/Pool via Reuters 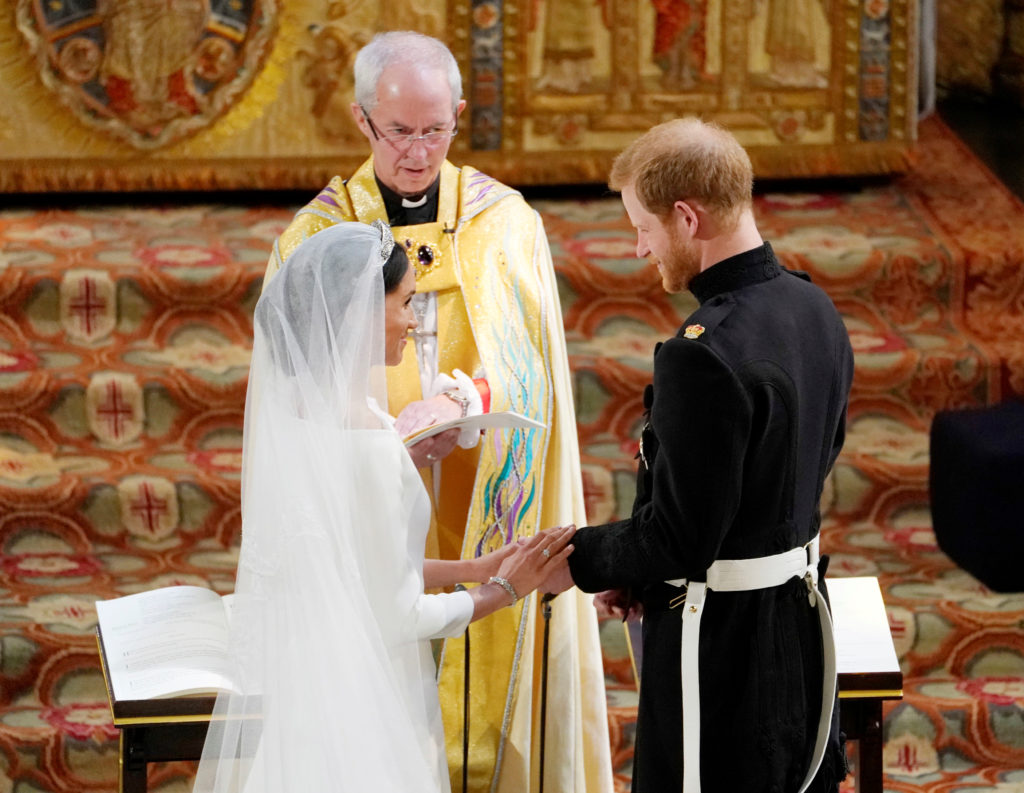 Meghan Markle and Prince Harry exchange vows in St. George’s Chapel. The wedding was conducted by the Archbishop of Canterbury Justin Welby. Photo by Owen Humphreys/Pool via Reuters

All of the guests then filed into St. George’s Hall at Windsor Castle for a lunch reception, as the happy couple took a carriage ride around the town of Windsor, waving to well-wishers. 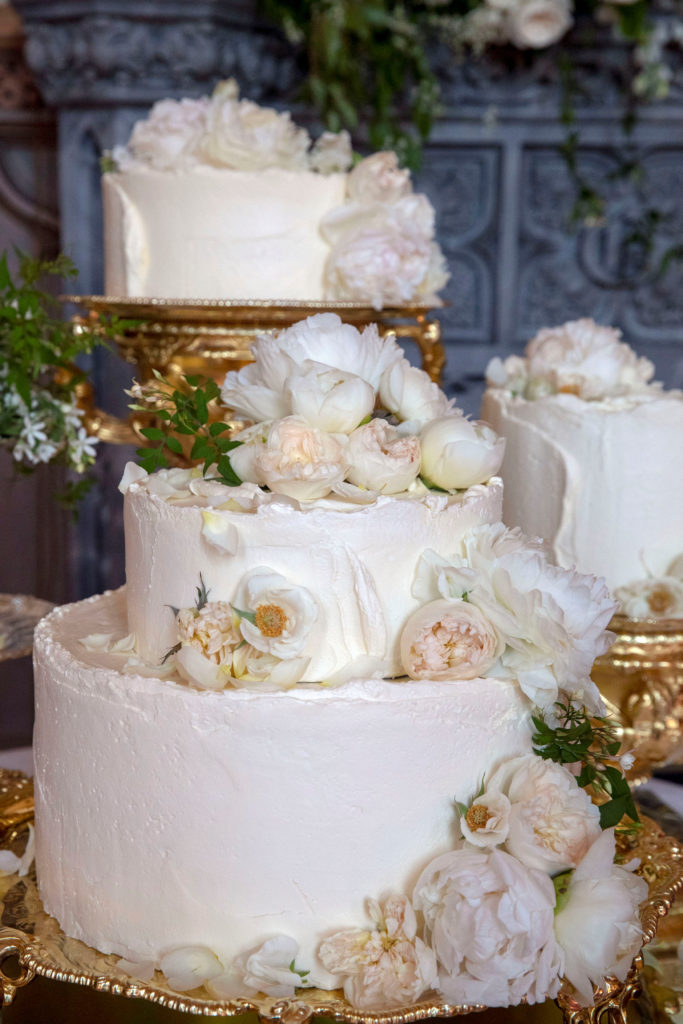 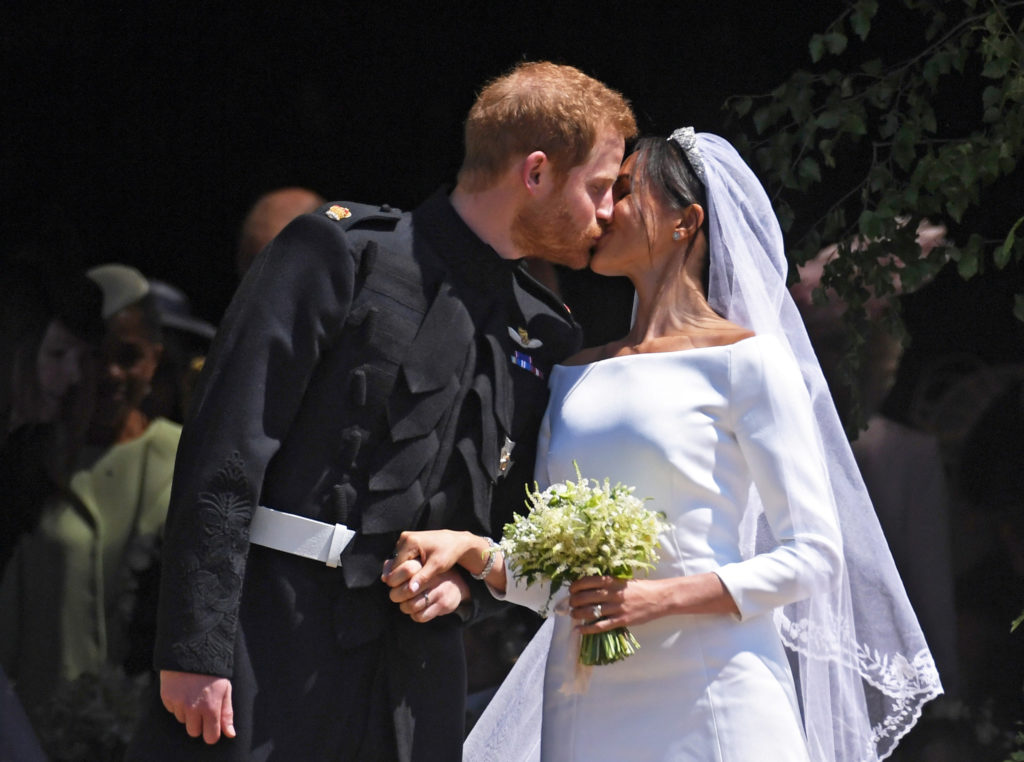 Britain’s Prince Harry kisses Meghan Markle as they leave St. George’s Chapel in Windsor Castle on May 19. Photo by Neil Hall/Pool via Reuters 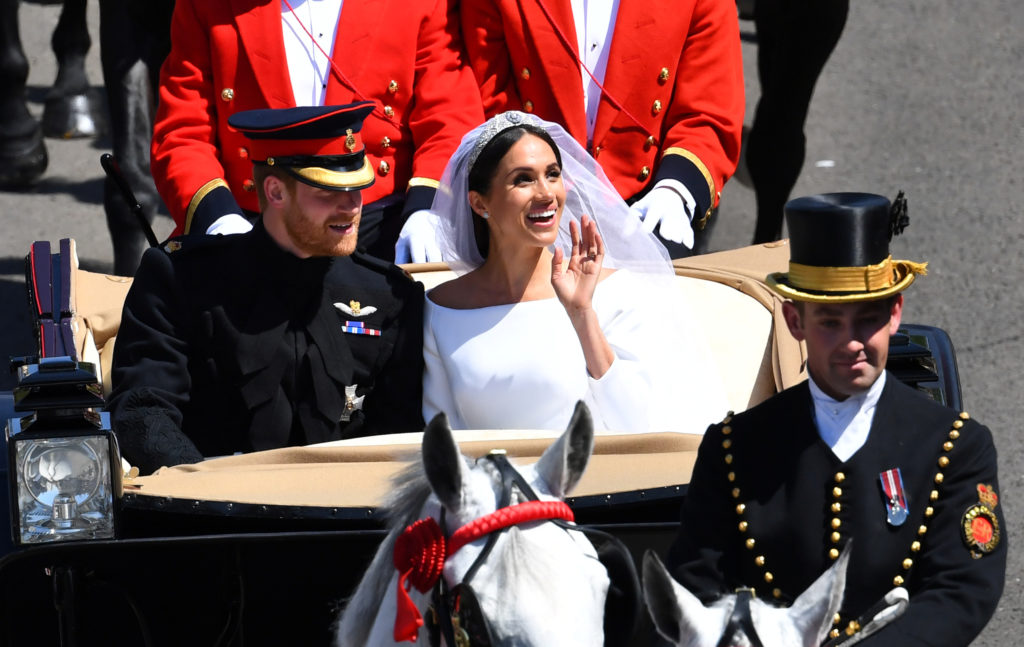 Prince Harry and his wife Meghan Markle take a spin around the town of Windsor in a horse-drawn carriage after their wedding ceremony. Photo by Dylan Martinez/Reuters 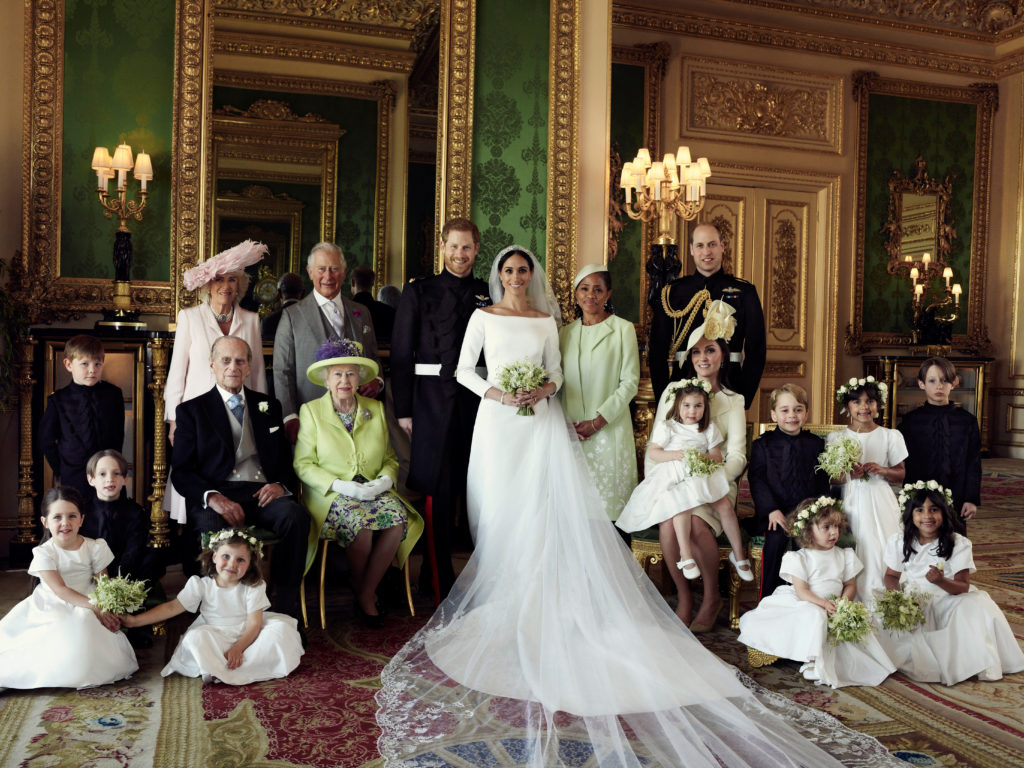 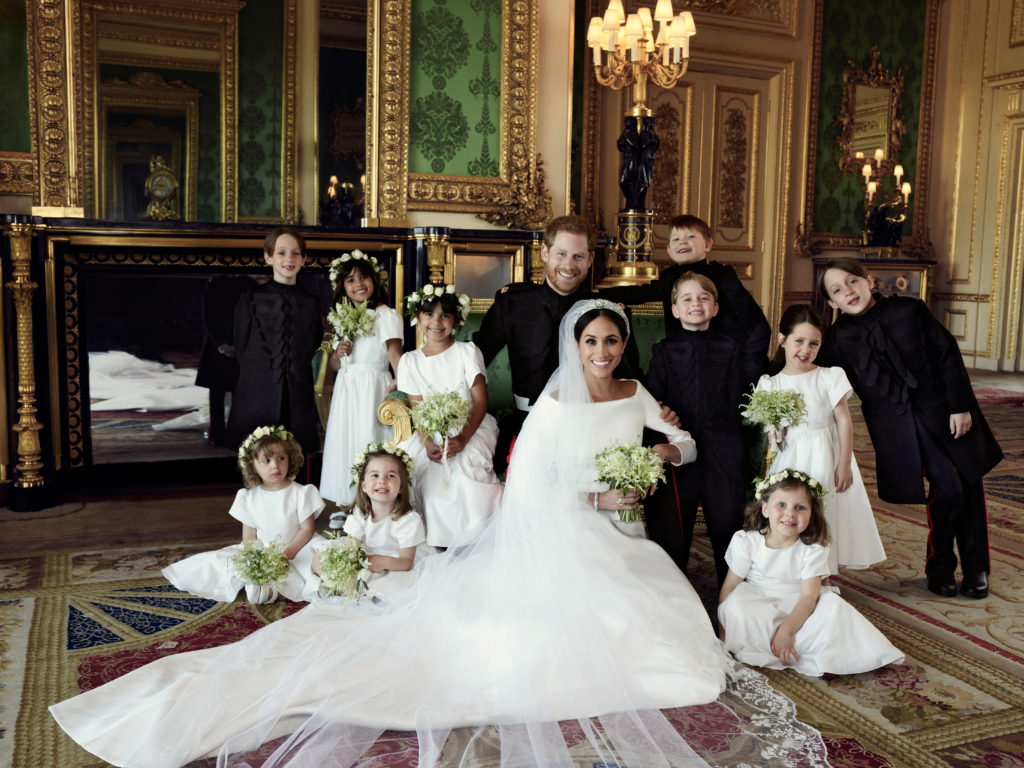 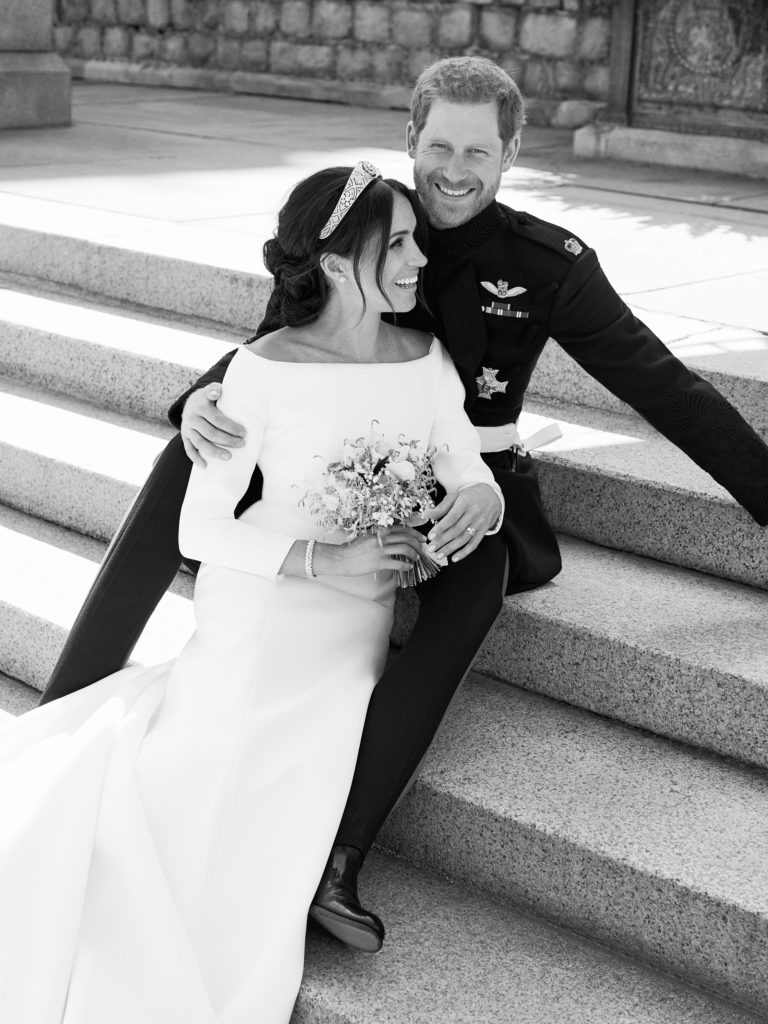 The duke and duchess of Sussex are pictured together on the East Terrace of Windsor Castle. Photo by Alexi Lubomirski/Handout via Reuters

Left: Prince Harry and Meghan Markle leave via the West Door of St. George's Chapel after exchanging vows on May 19. Photo by Ben Birchall/Pool via Reuters