Editor’s Note: The video rights have expired. You can view photos of the wedding day.

Prince Harry and Meghan Markle, an actress born and raised in Los Angeles, will wed at Windsor Castle on Saturday. You can watch the festivities live starting at 4:30 a.m. EDT in the video player above.

Here are five things to know before they tie the “Windsor” knot:

Going to the chapel

The ceremony will unfold at St. George’s Chapel at Windsor Castle, a more low-key location than Westminster Abbey, where Prince William and Kate Middleton got married in 2011. The chapel can seat 800 guests; the Abbey has room for 2,000 guests. St. George’s Chapel also is where Harry was christened as a three-month-old.

Saturday’s ceremony will be the 16th royal wedding to take place at the castle since 1863. The list includes Harry’s father Prince Charles’ wedding to Camilla Parker in 2005. Queen Elizabeth II and Prince Philip live at the castle for most of the year. 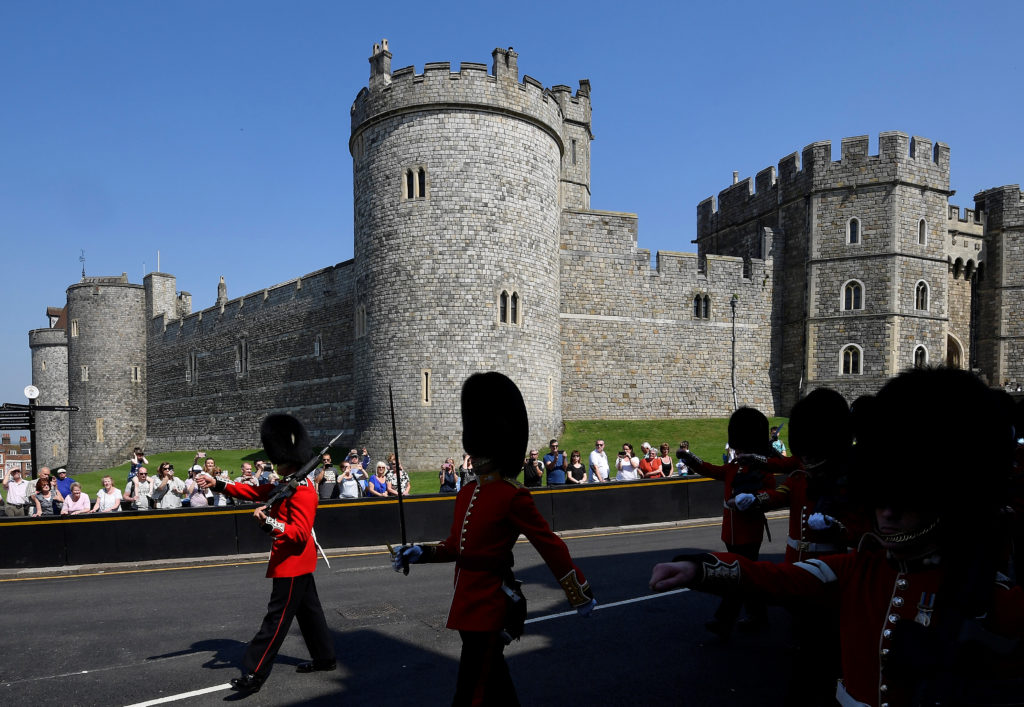 Changing of the Guard ceremony outside of Windsor Castle in Britain on May 8. Photo by Toby Melville/Reuters

Meghan’s father Thomas Markle Sr. will meet the prince for the first time just days before the wedding, although they have talked on the phone several times. Thomas Markle, who lives in Rosarito, Mexico, plans to walk his daughter down the aisle. (Update: Meghan issued a statement on May 17 saying her father will not be attending the wedding for health reasons. Prince Charles will now walk her part of the way down the aisle.) Her mother Doria Ragland, who divorced Markle when Meghan was 6, will ride in the car with her daughter to the chapel.

The wedding will cost an estimated $45 million, the bulk of which — $43 million — is for security for the happy couple, guests and onlookers. The remaining costs will cover food, wardrobe, entertainment and the honeymoon. 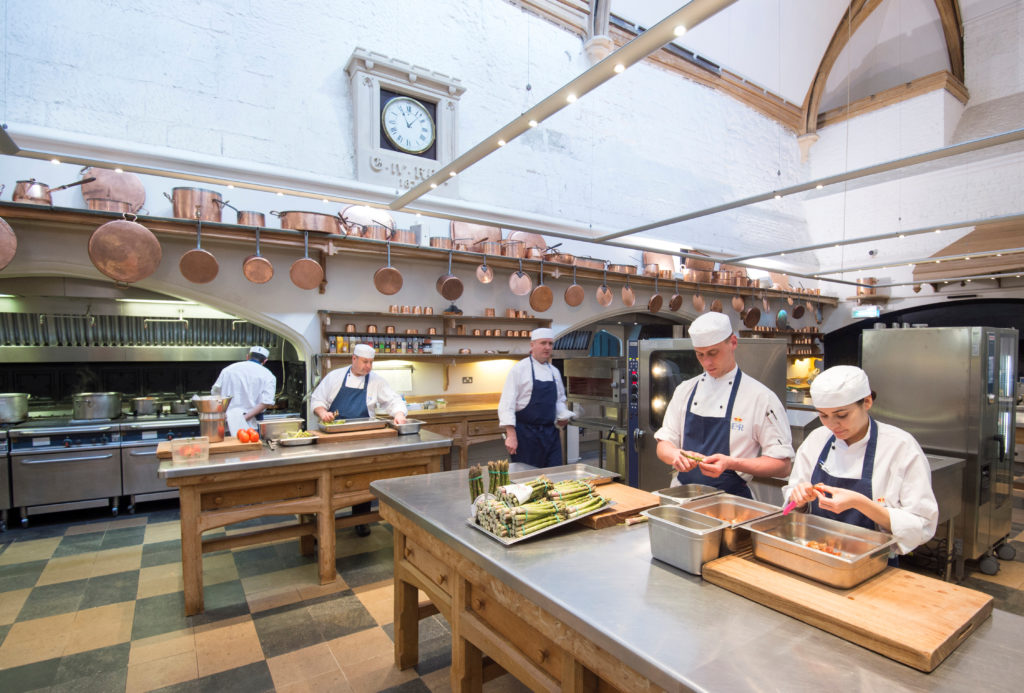 Chefs at Windsor Castle began preparing for the wedding banquet of Prince Harry and Meghan Markle on May 10. Photo by David Parker/Pool via Reuters

Will the Brits get a holiday?

The public got a day off from work when Prince William and Kate Middleton said “I do” on a Friday seven years ago, but no such luck for Prince Harry and Markle’s wedding, which takes place on a Saturday. A Downing Street spokesman dashed hopes back in November, saying the special day would not become a bank holiday, despite calls from some members of Parliament.

The wedding cake is a lemon elderflower cake with buttercream frosting. Yes, it’s no secret — Kensington Palace announced the confection in March — but you can make your own using this Washington Post recipe.