Known as the “people’s princess,” Diana Spencer seemed relatable because of her open affection toward her boys in an otherwise buttoned-up royal family. She gained admiration for her hands’ on approach to people in need and her dedication to global causes.

The princess of Wales would have turned 56 this year had she not died in a car collision on Aug. 31, 1997. This year marks the 20th anniversary of her death. Tributes included a garden dedicated in her name, poems, and a meeting held by Princes William and Harry with some of her favorite charities. 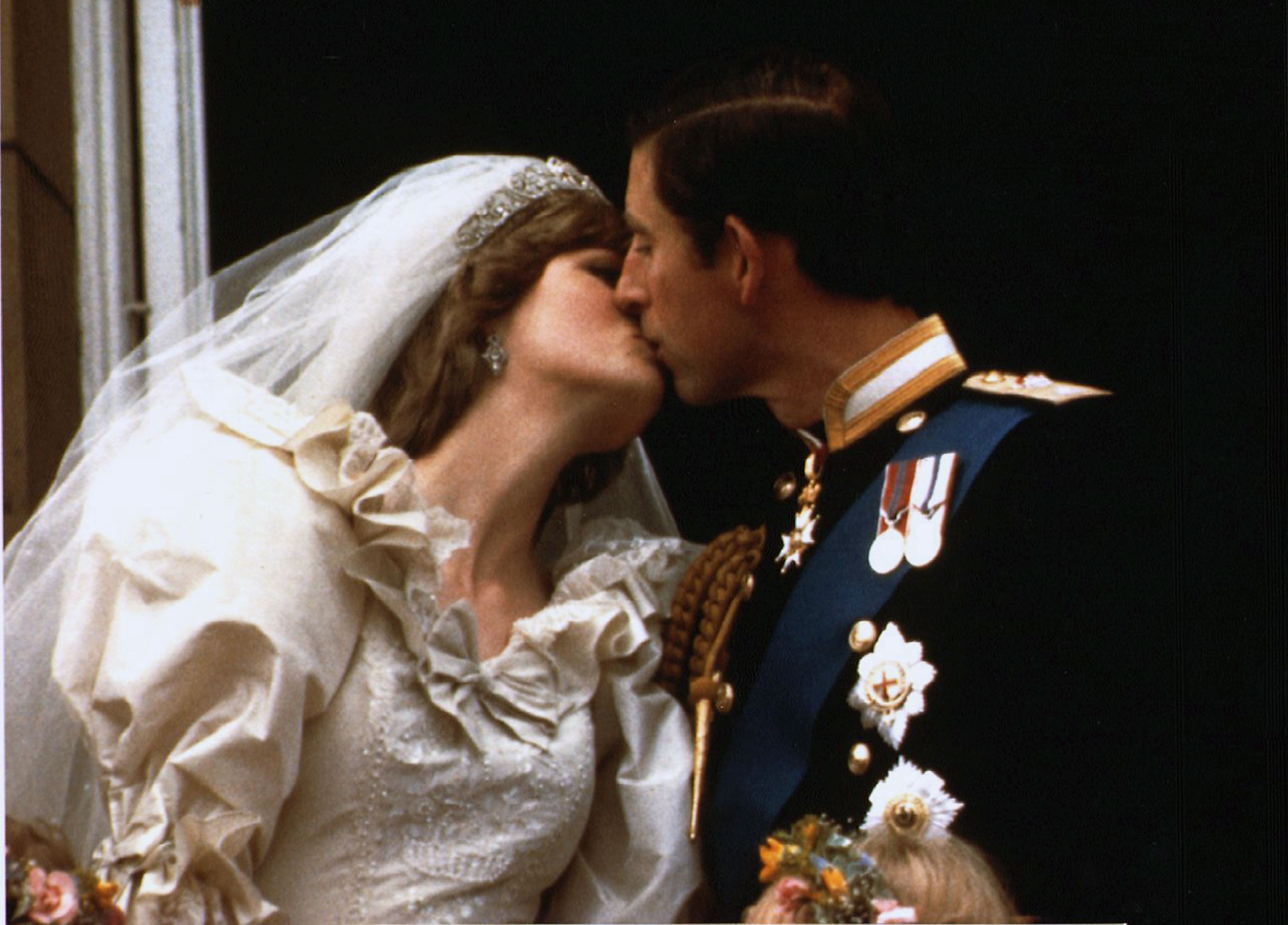 Prince Charles kisses his new bride Diana on their wedding day on July 29, 1981. Photo by Reuters

The fairy tale union of Princess Diana and Prince Charles ended in divorce on Aug. 28, 1996. 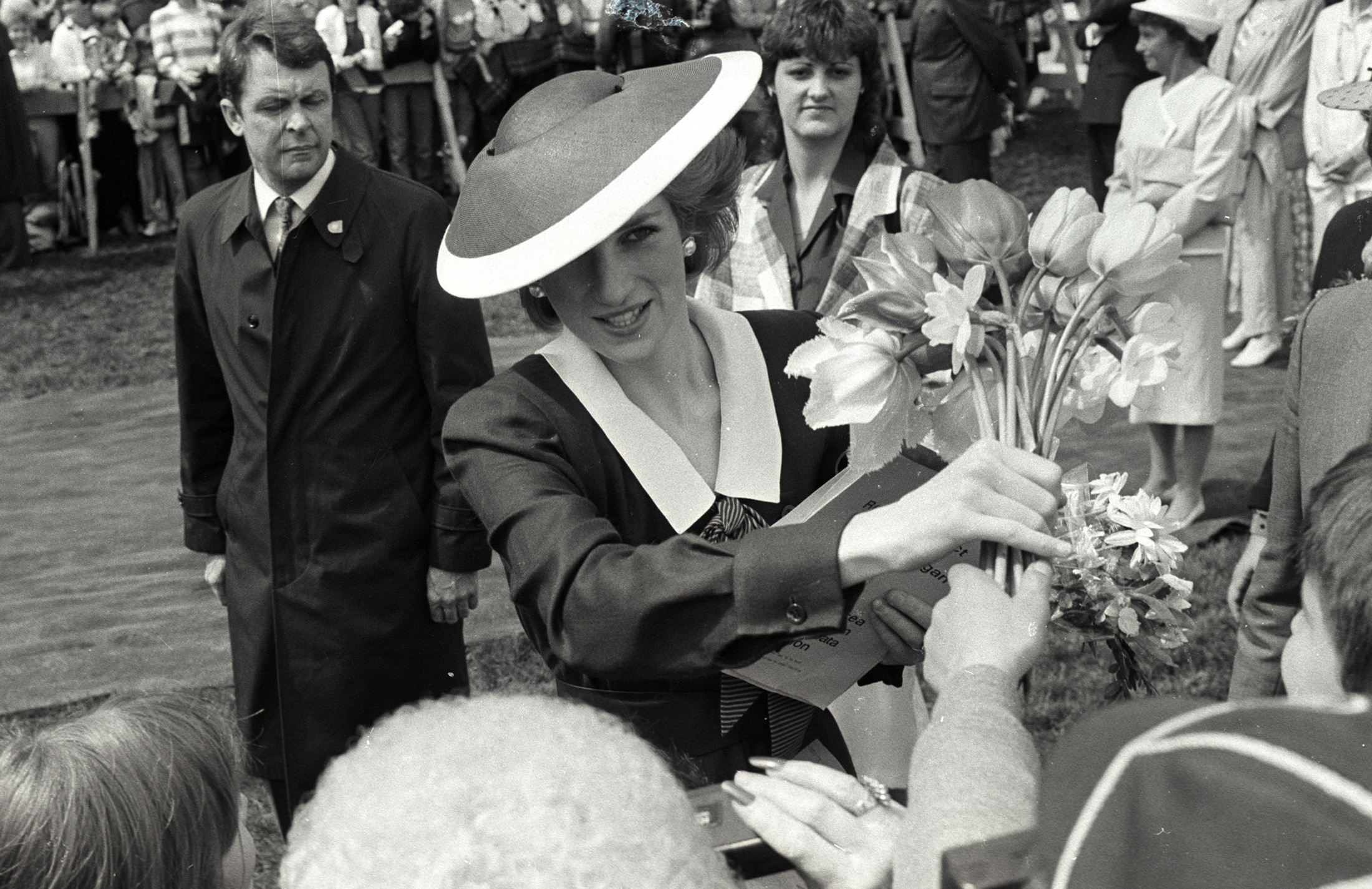 Princess Diana accepts a bouquet of flowers during a walk in Kelowna, Canada, on May 3, 1986. Photo by Gary Hershorn/Reuters 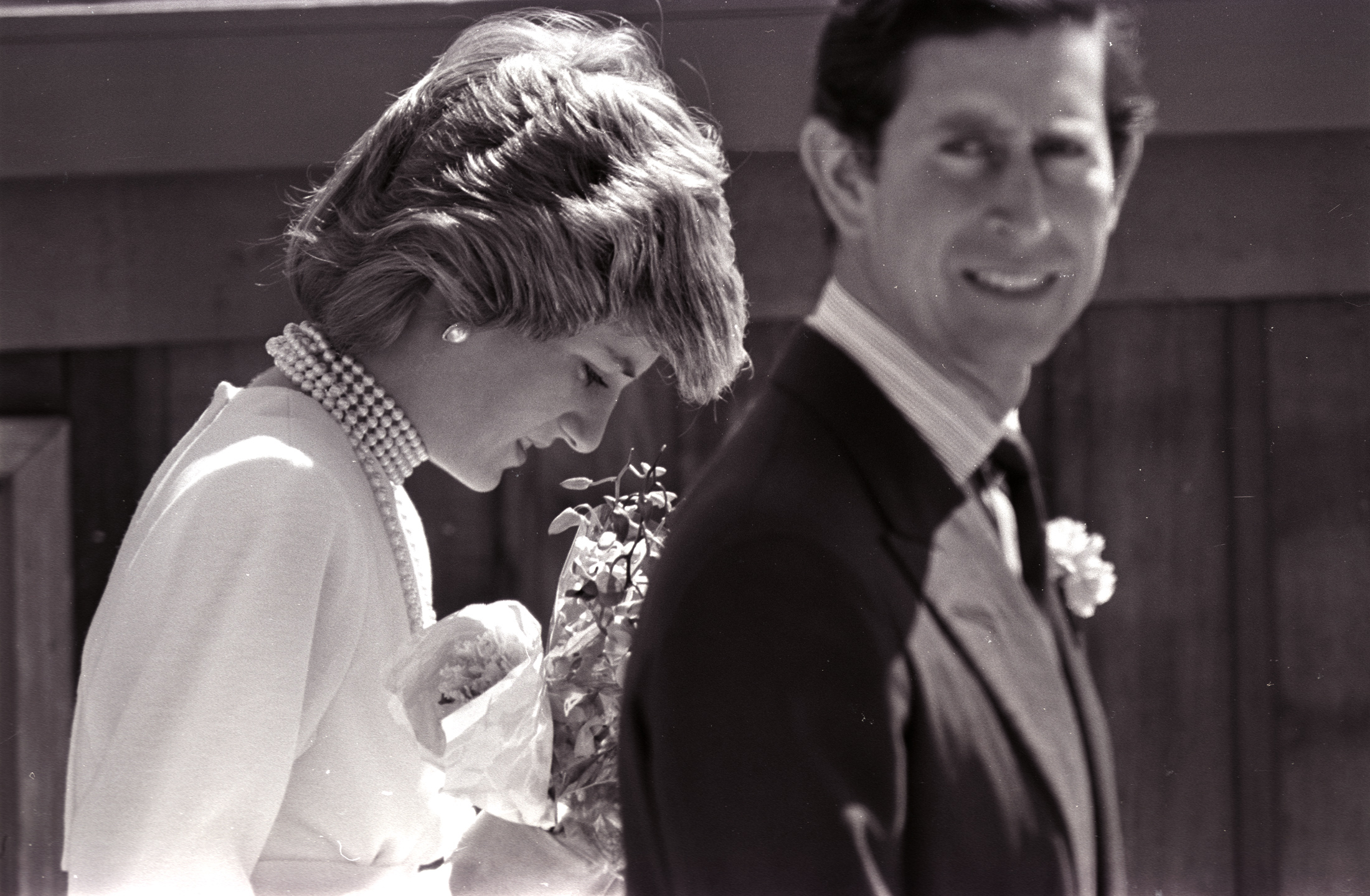 Princess Diana and Prince Charles visit Vancouver on May 6, 1986. Photo by Mike Blake/Reuters 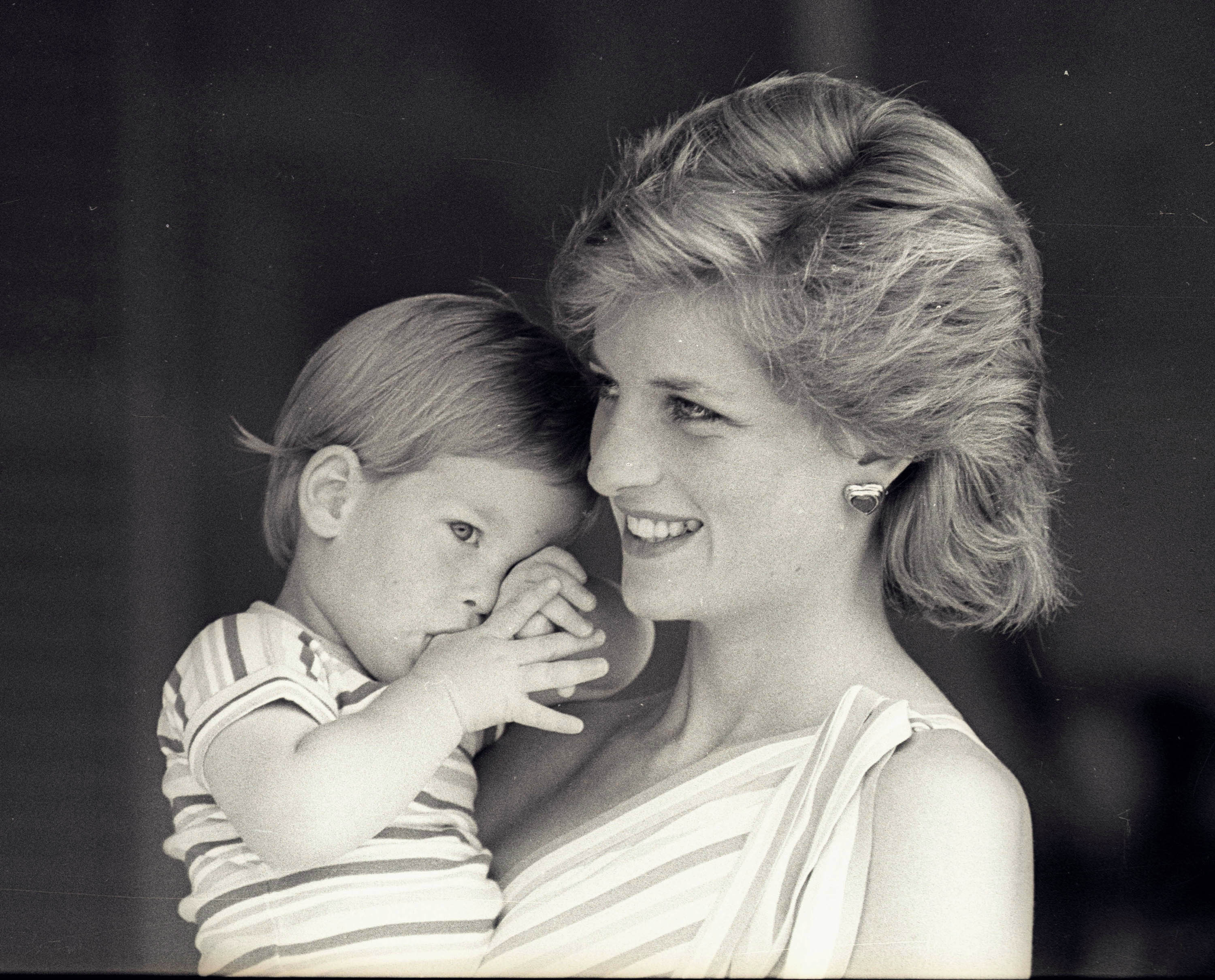 Prince Harry tries to hide behind his mother Princess Diana at Marivent Palace in Spain on Aug. 9, 1988. The family was visiting King Juan Carlos and Queen Sofia. Photo by Hugh Peralta/Reuters 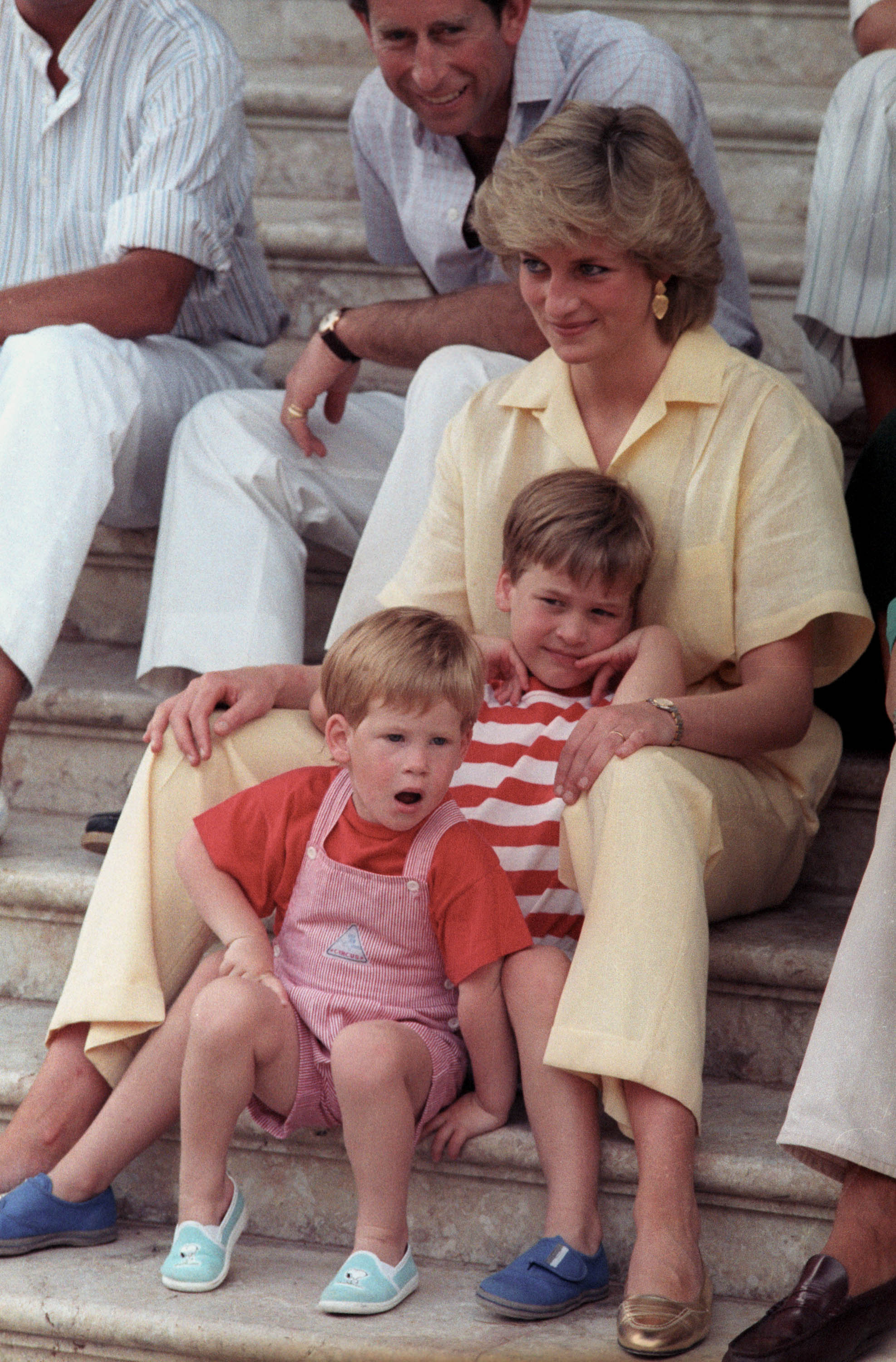 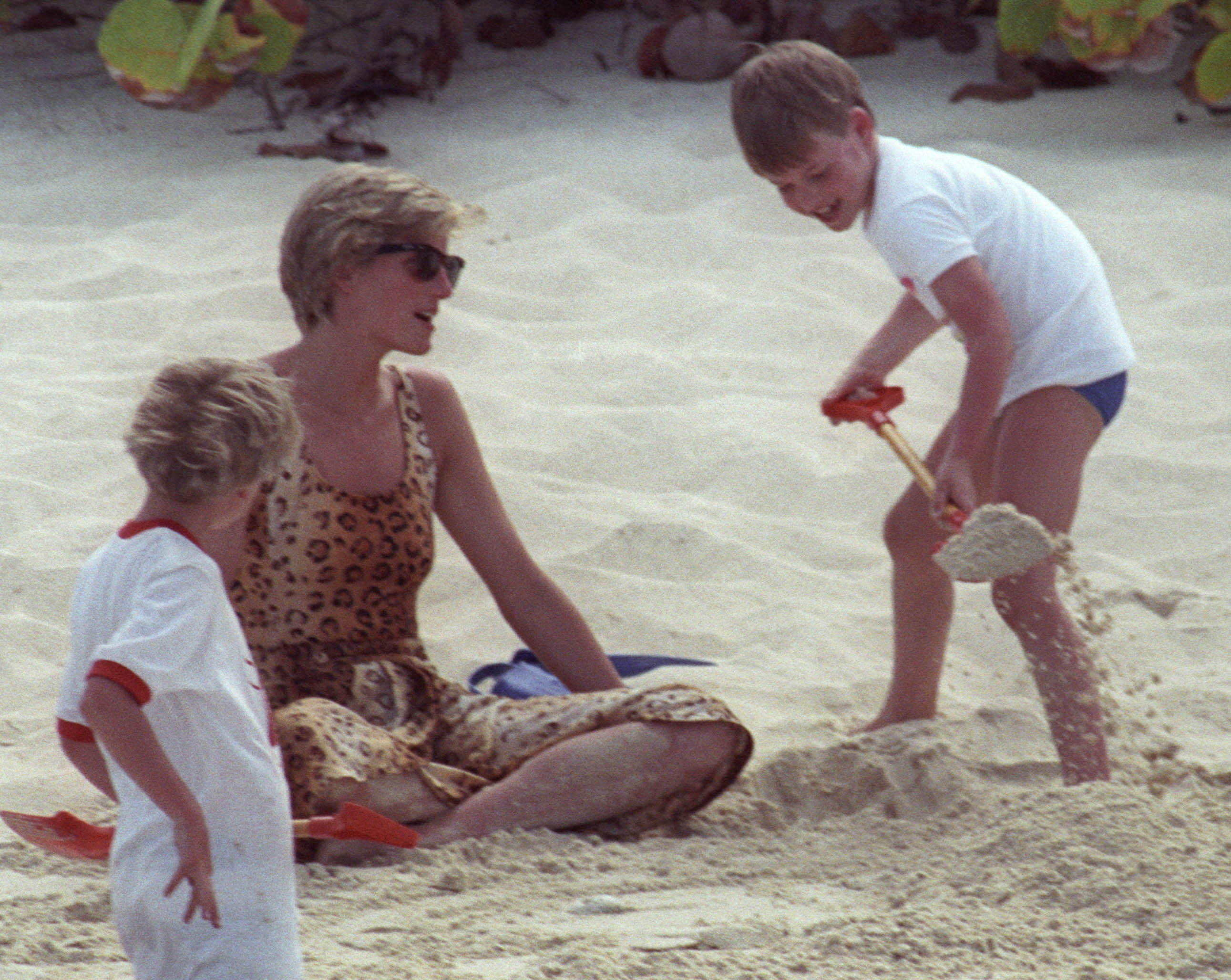 Prince William pours sand on his mother in the British Virgin Islands on April 11, 1990. Photo by Rob Taggart/Reuters 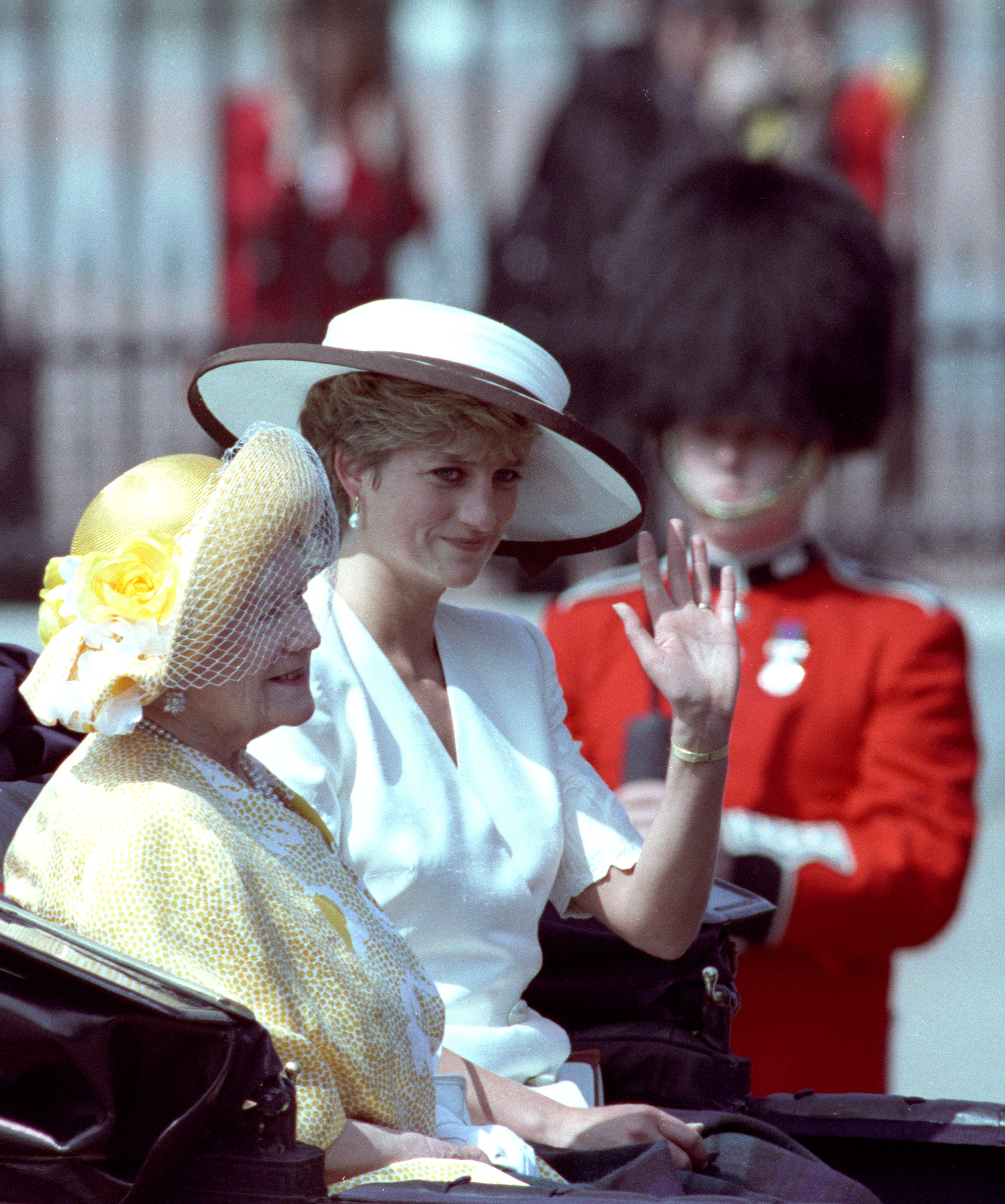 The Princess of Wales and the Queen mother ride in their carriage from Buckingham Palace in London on June 13, 1992. Photo by Kevin Lamarque/Reuters

Princess Diana used her position and media scrutiny to draw attention to those who were suffering. 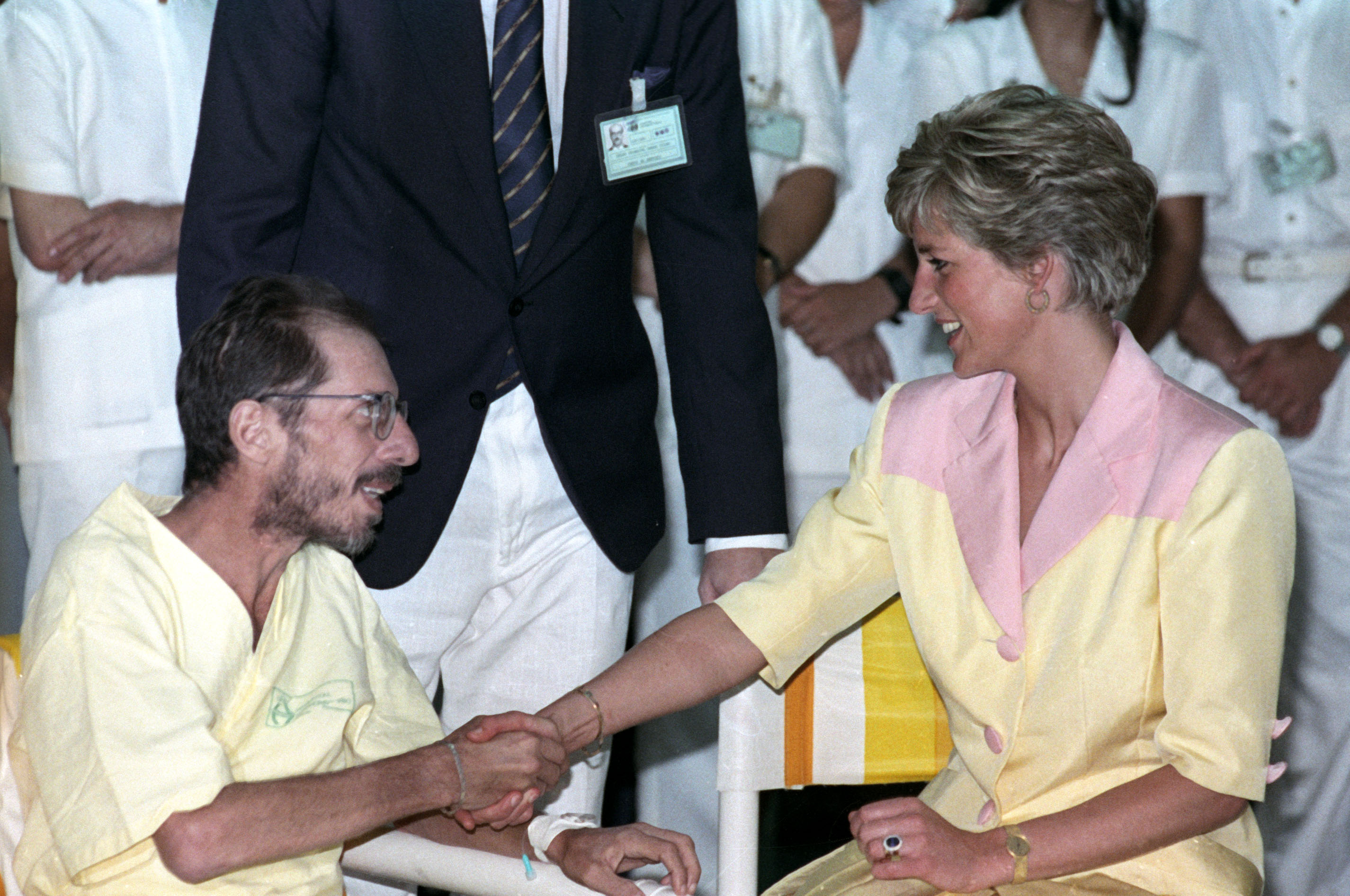 Princess Diana meets an AIDS patient at the Federal University of Rio de Janeiro hospital in Brazil on April 25, 1991. Photo by Vanderlei Almeida/Reuters 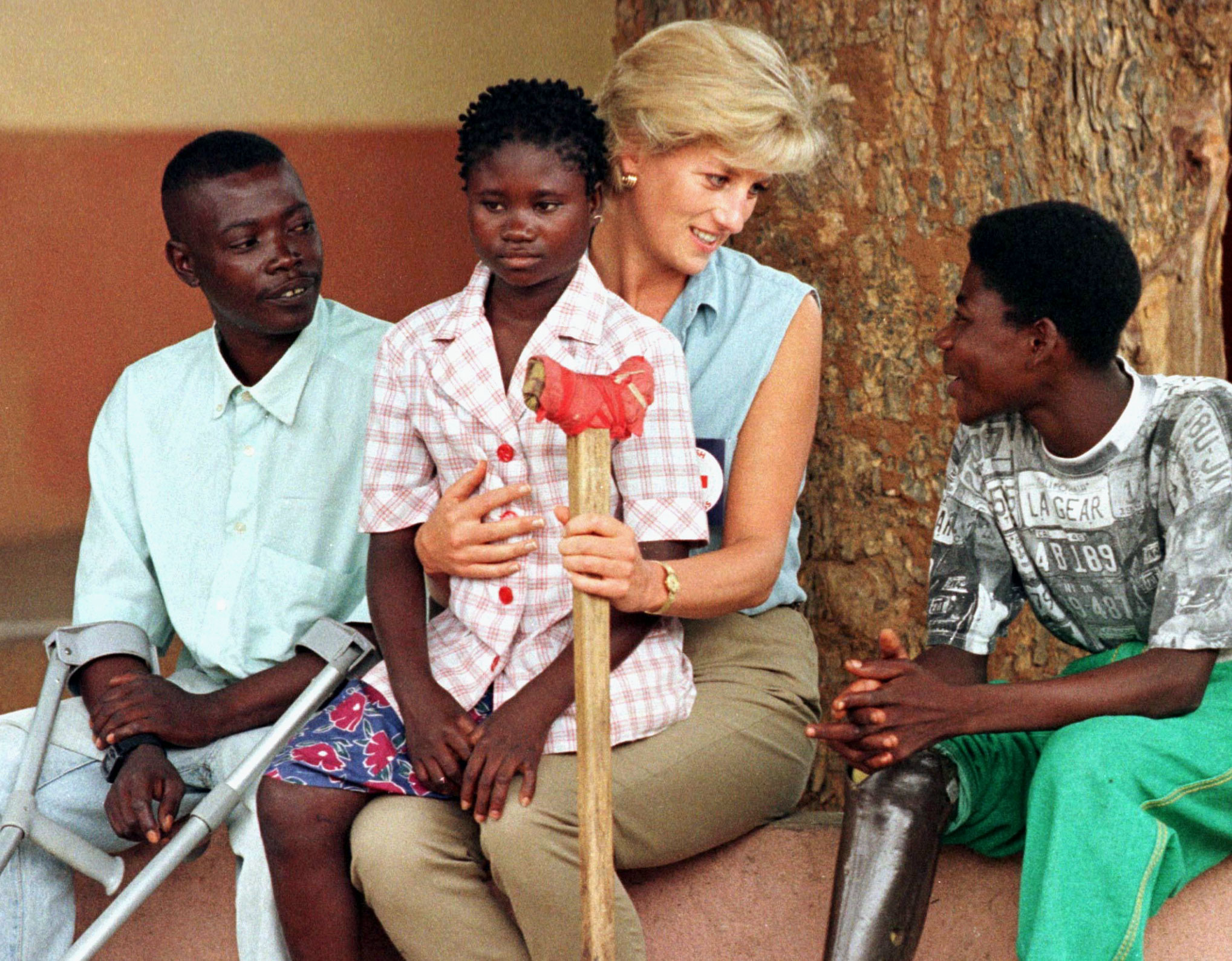 The Princess of Wales met with victims of landmines during a visit to Angola on Jan. 14, 1997. Photo by Jose Manuel Ribeiro/Reuters 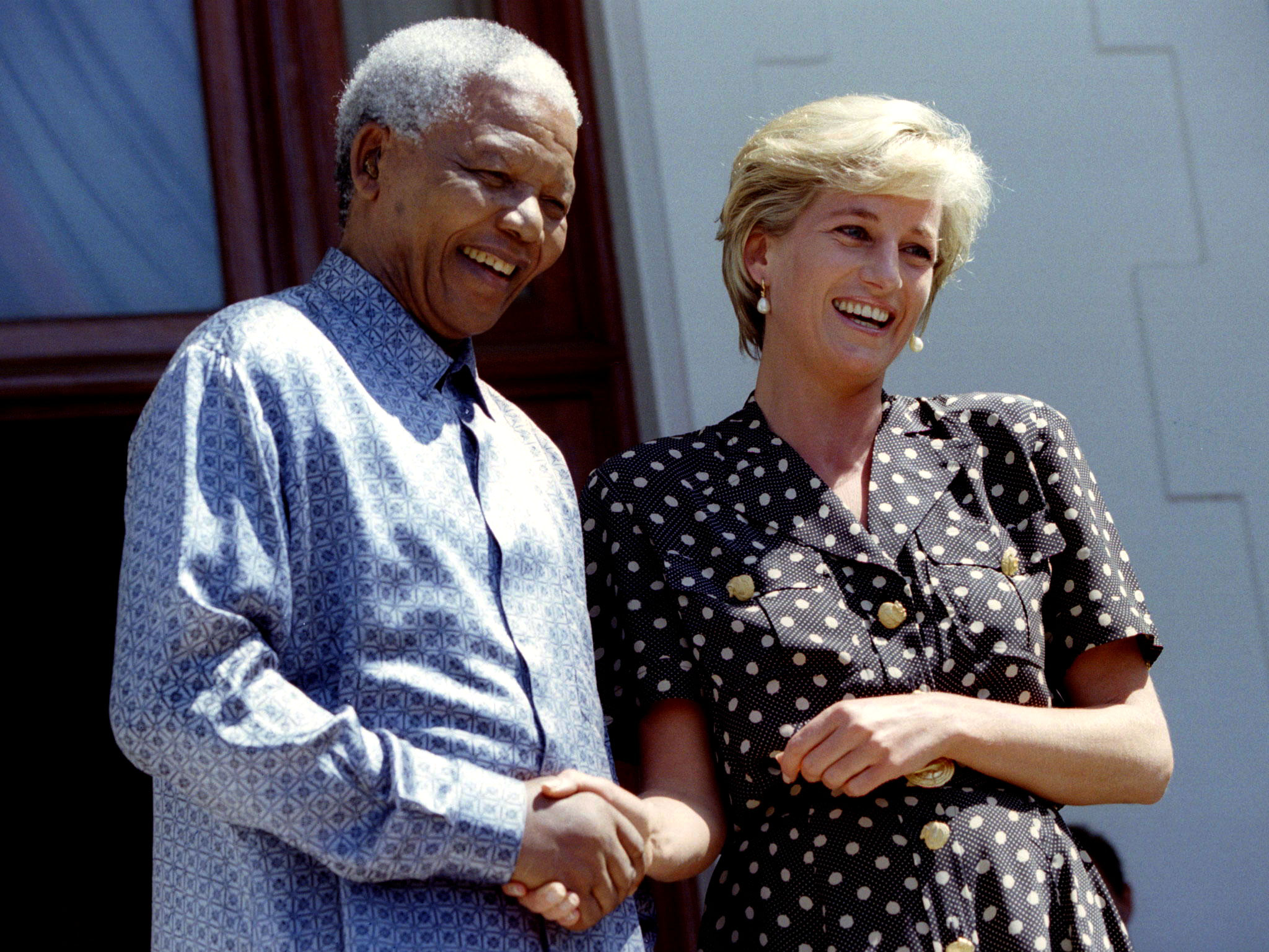 Princess Diana meets South African President Nelson Mandela in Cape Town on March 17, 1997. He praised her for having influenced his government to ban the making of anti-personnel mines. Photo by Juda Ngwenya/Reuters 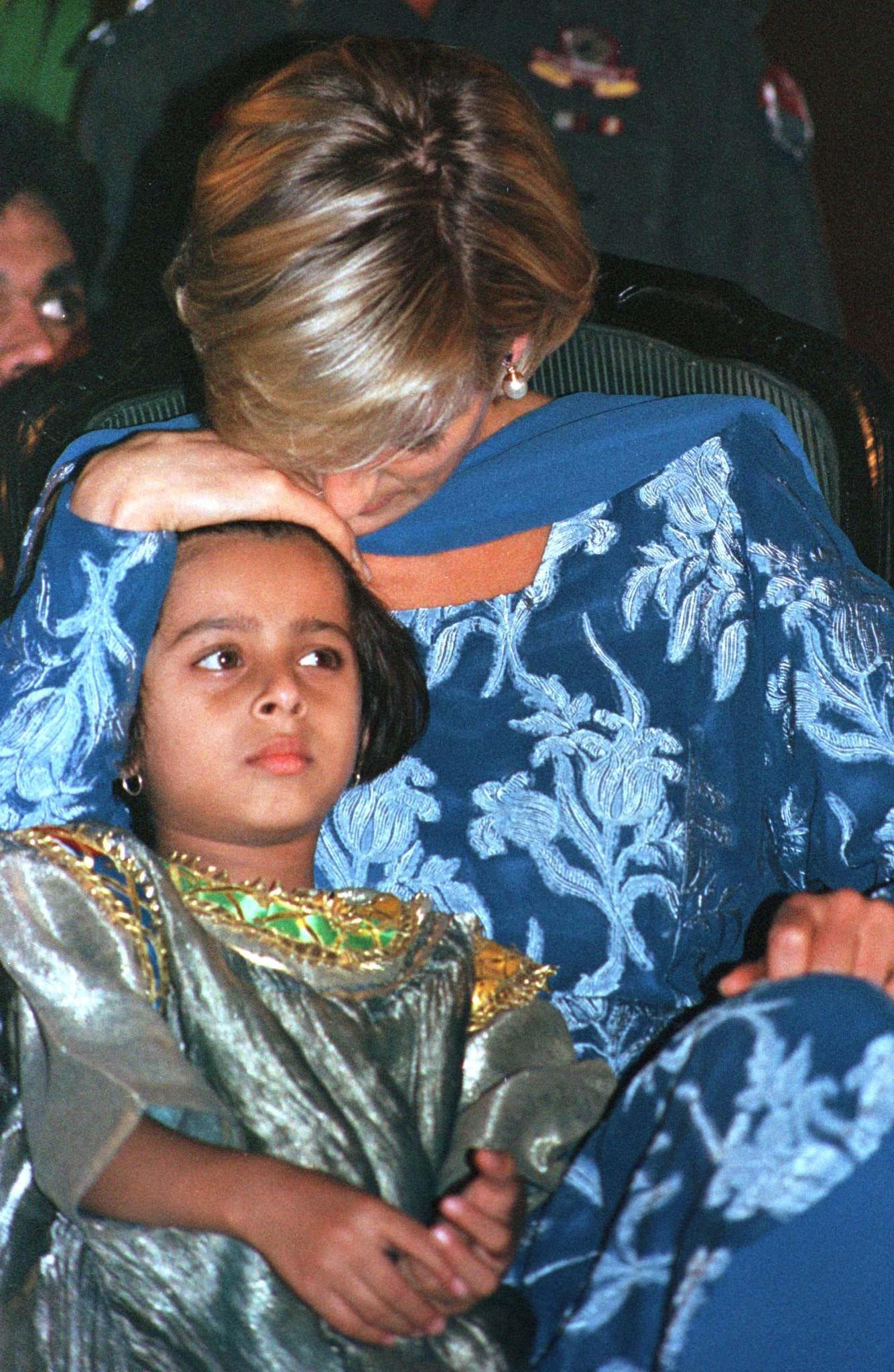 Princess Diana comforts 5-year-old Iqra Asif, sister of a cancer patient Khurram Zia, 14, at a hospital in Lahore on May 23, 1997. Photo by Muzammil Pasha/Reuters 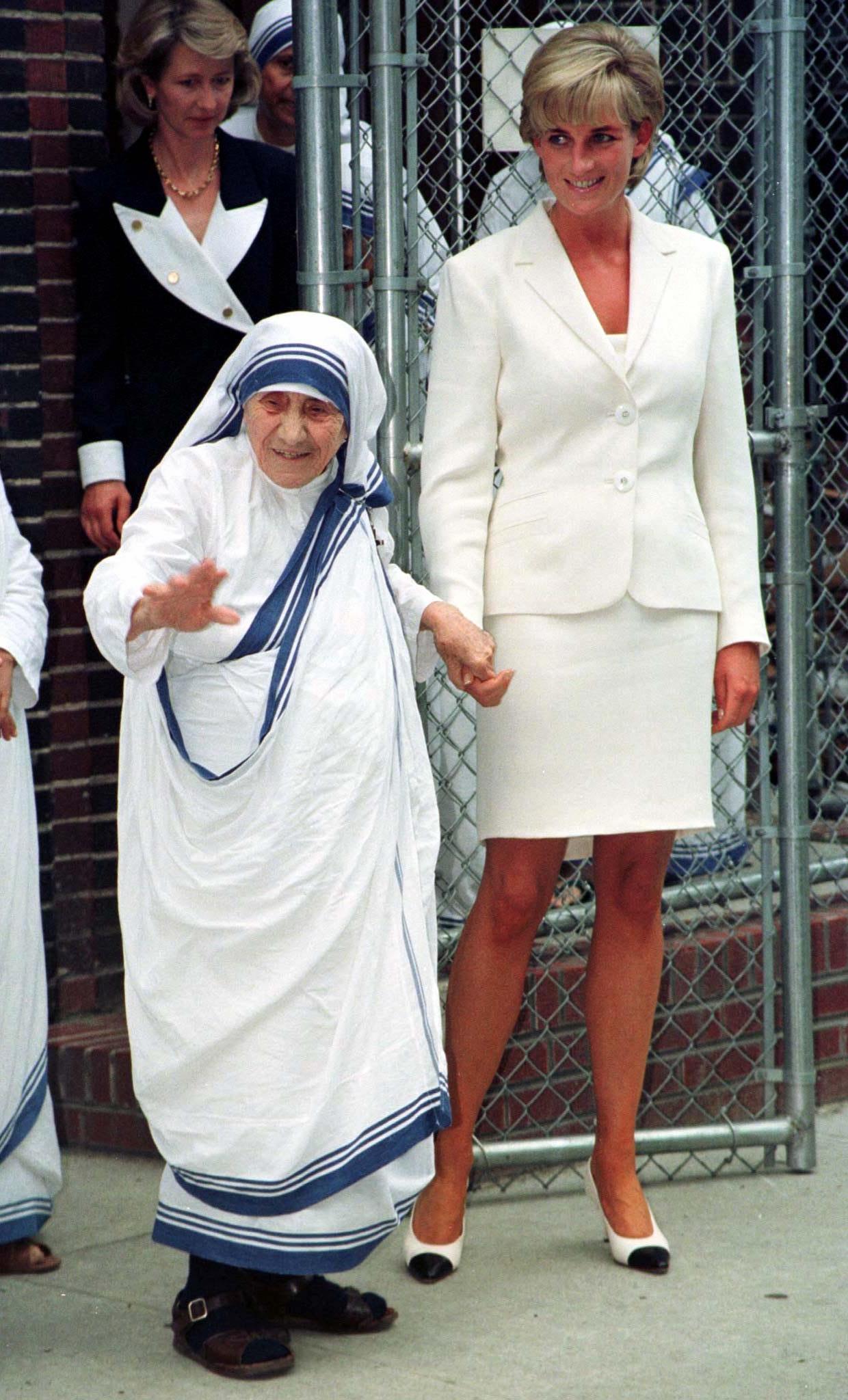 Mother Teresa, the founder of the Missionaries of Charity, met with Princess Diana in New York City on June 18, 1997. Photo by Mike Segar/Reuters 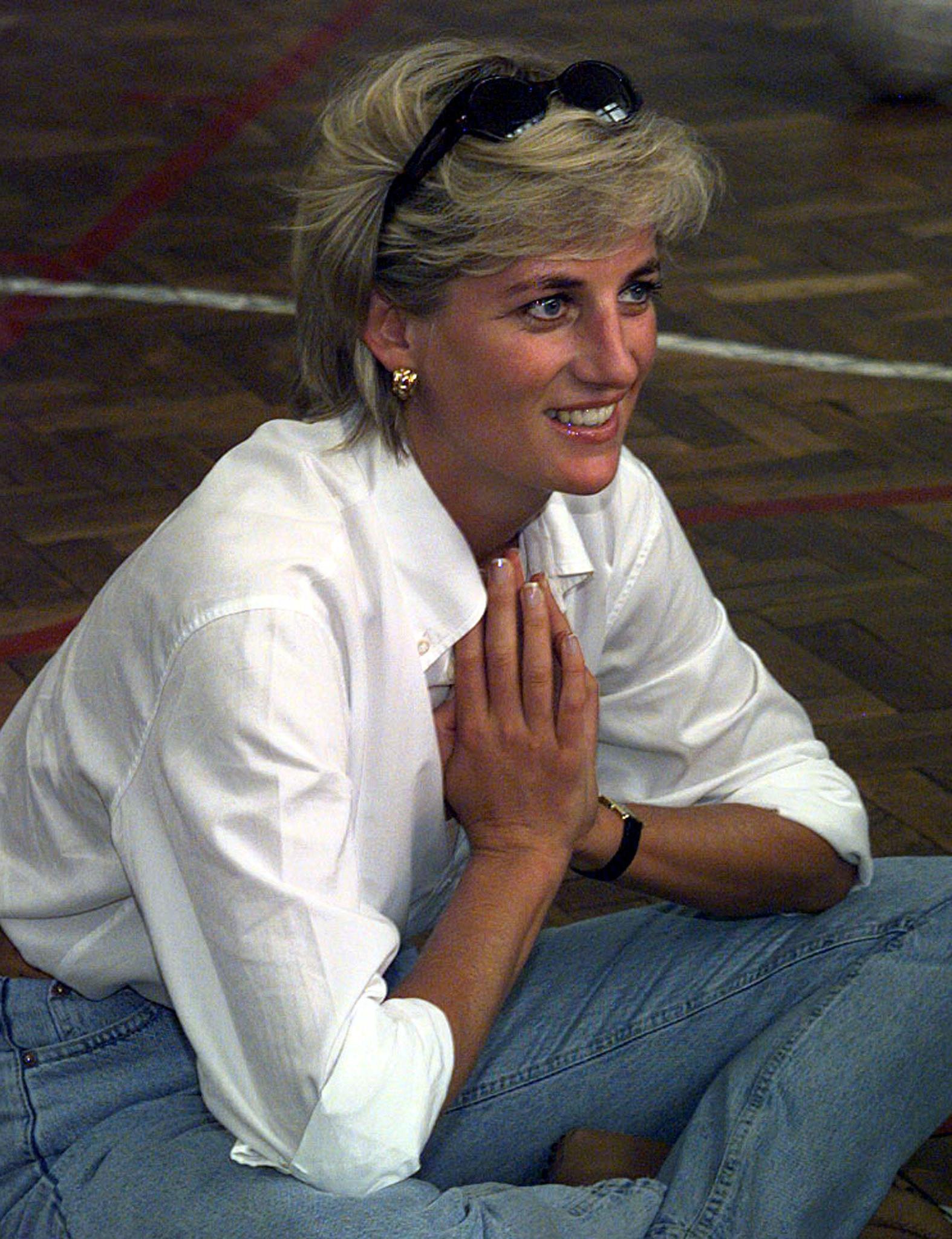 Left: Princess Diana's causes included caring for victims of landmines, which brought her to the town of Olovo in Bosnia and Herzegovina on Aug. 8, 1997. Photo by Reuters stringer