With President Donald Trump and first lady Melania Trump in attendance, France’s Bastille Day parade through Paris on Friday had an American flavor, including U.S. soldiers bedecked in World War I uniforms and the display of Old Glory. 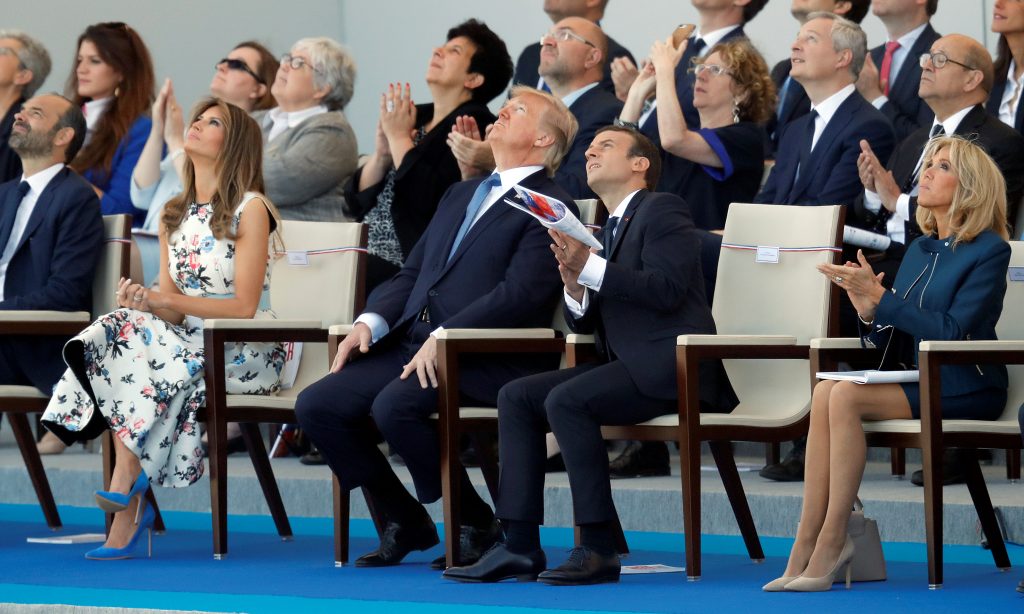 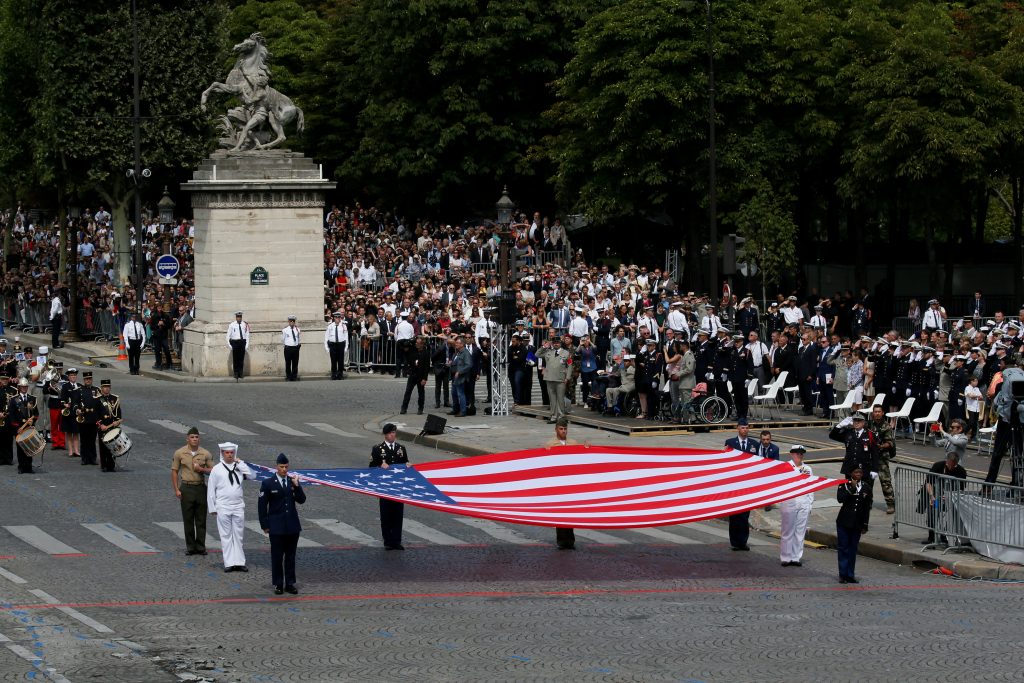 An American flag is displayed during the parade, which also celebrated the U.S. entry into World War I. Photo by Gonzalo Fuentes/Reuters 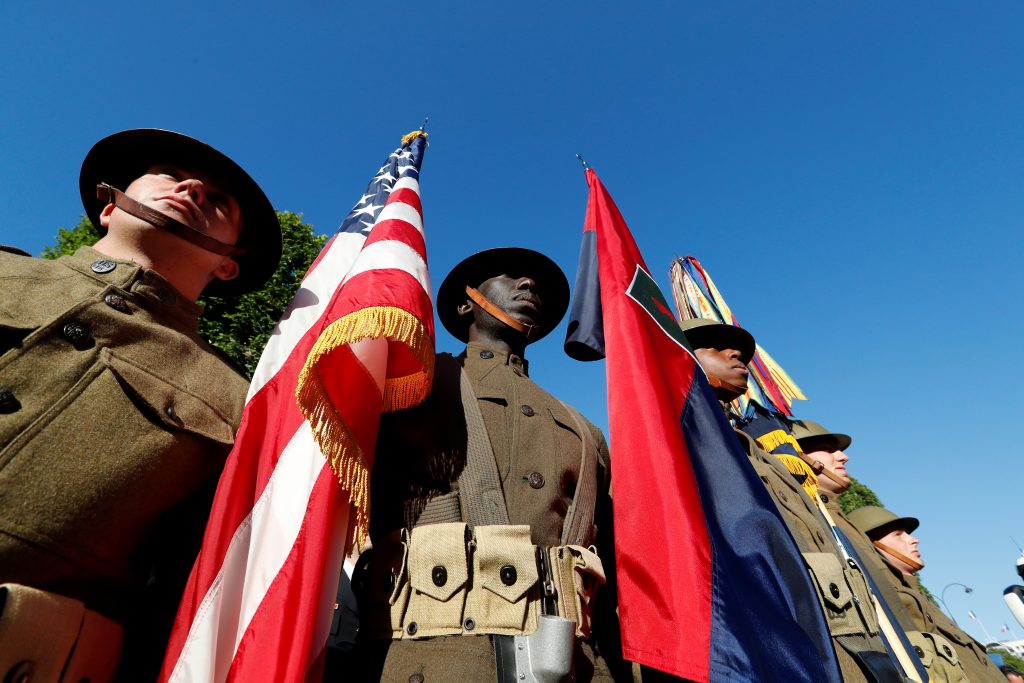 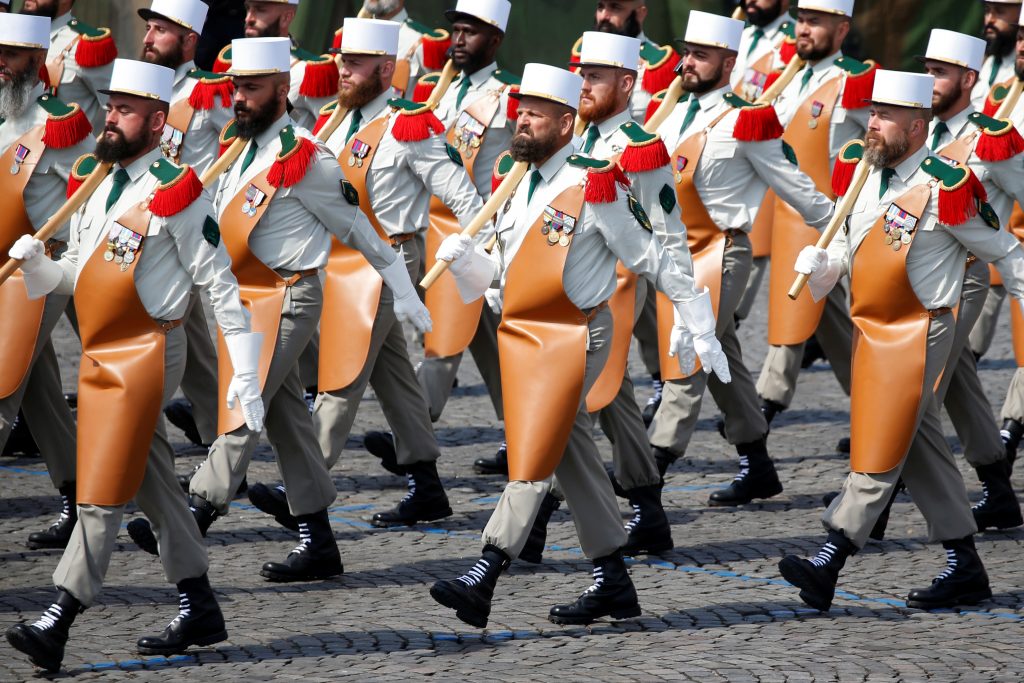 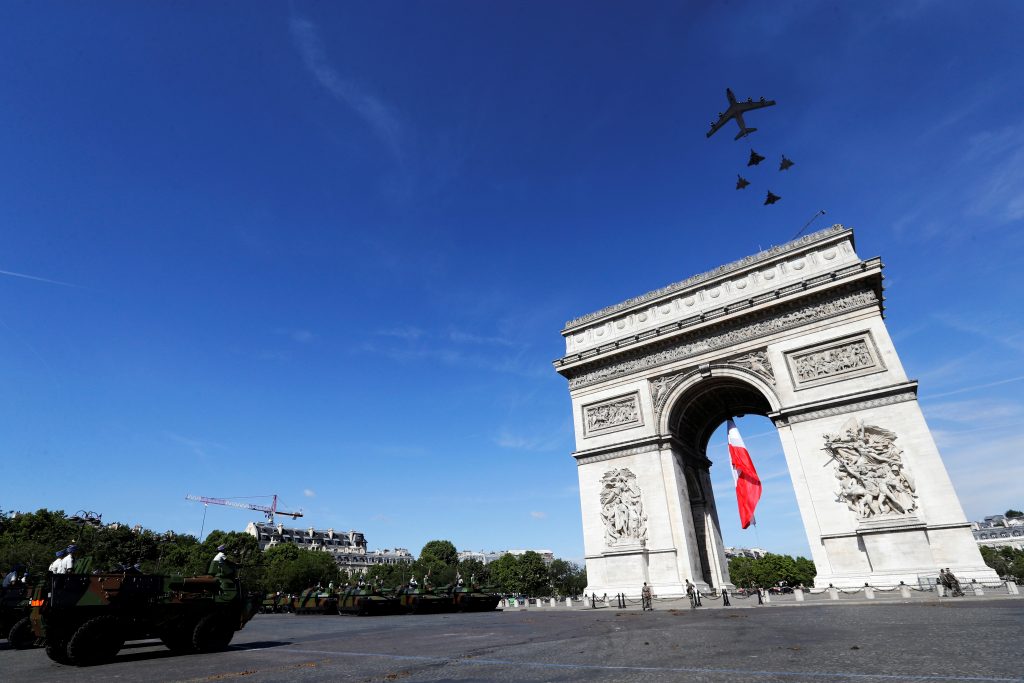 A C-135 aircraft leads a formation of Rafale B and Mirage 2000N fighter jets. Photo by Etienne Laurent/Pool via Reuters 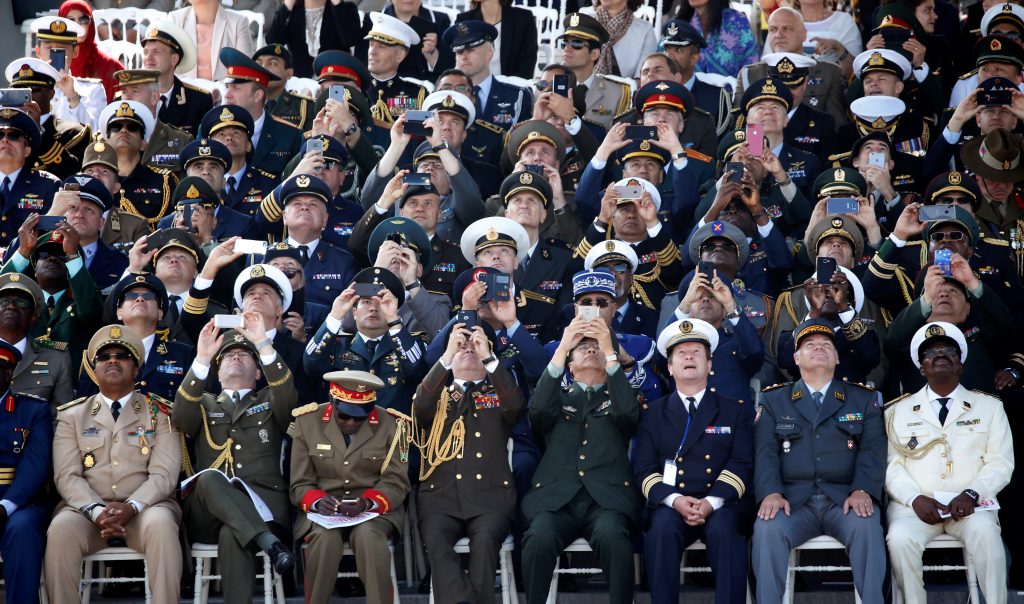 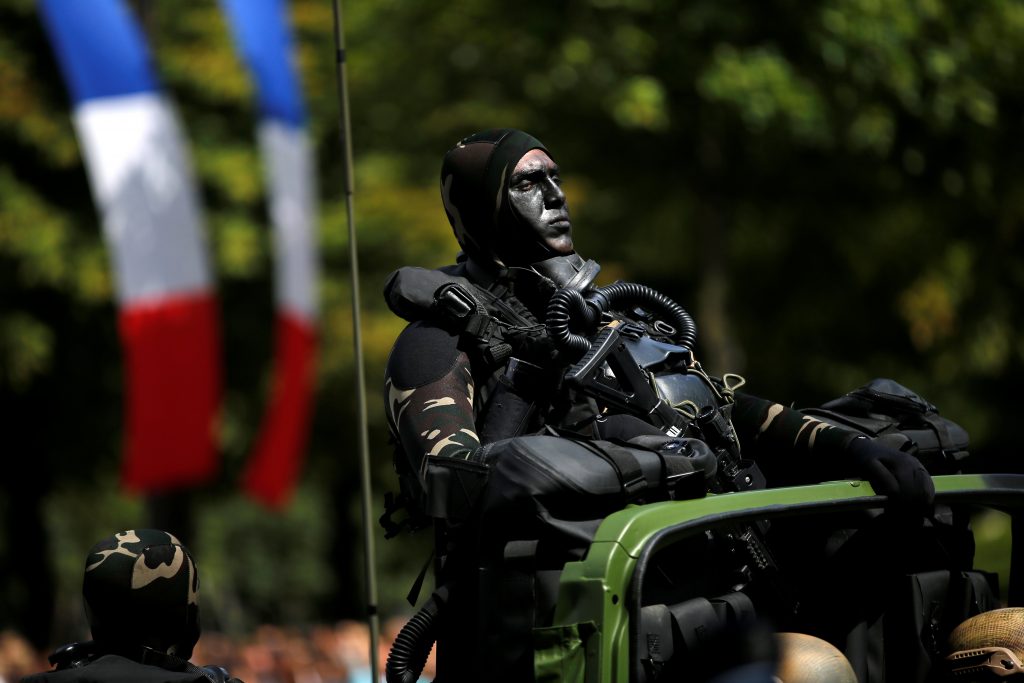 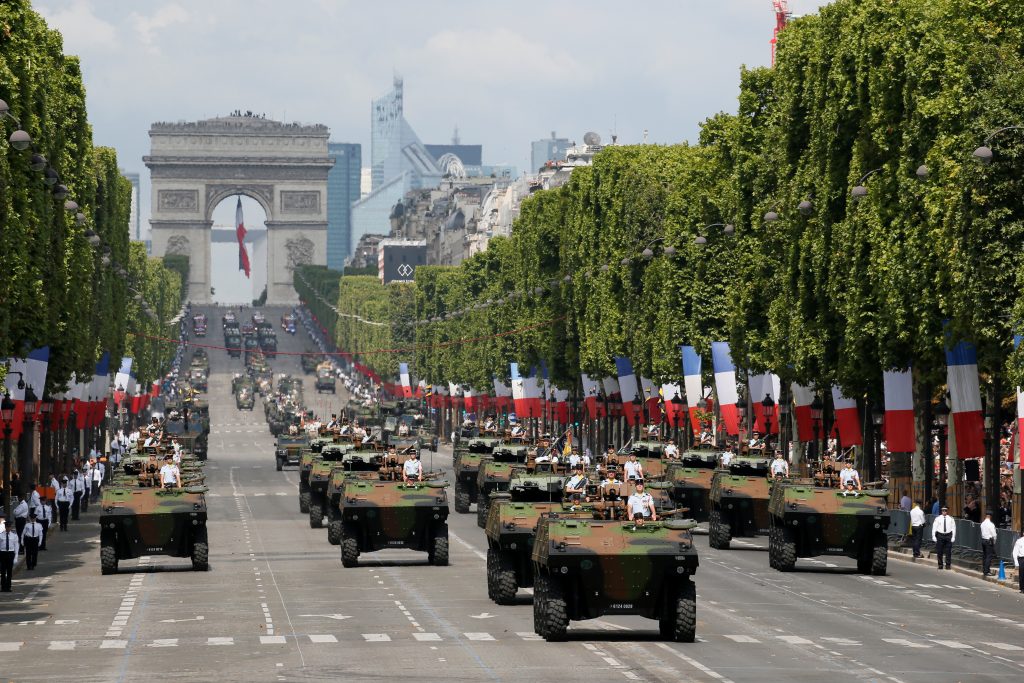 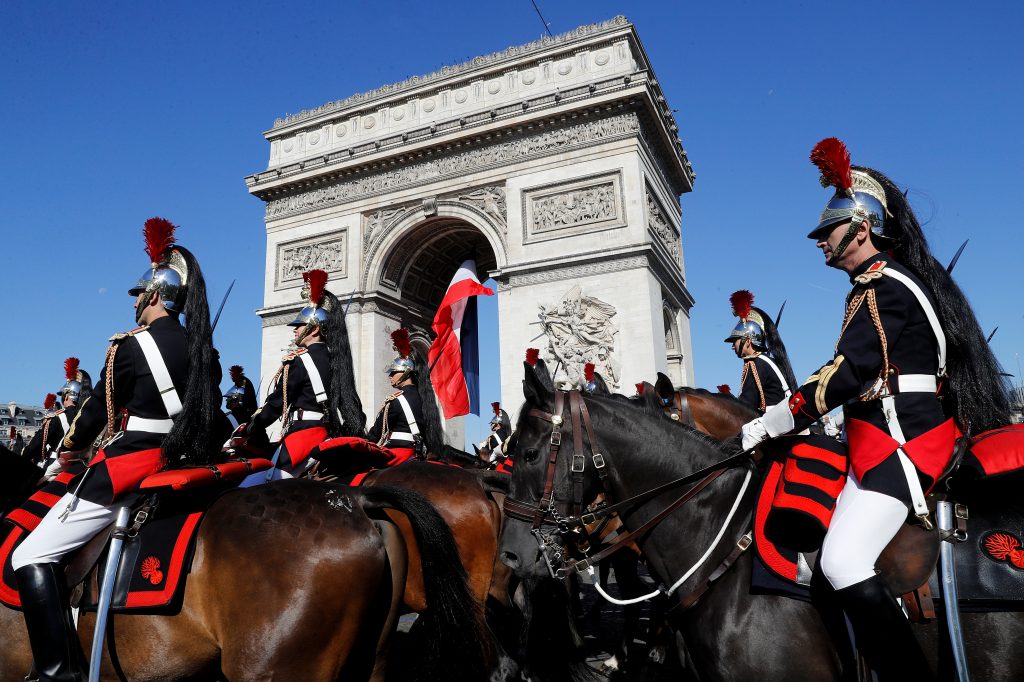