Pope Francis apologizes to Rohingya for ‘indifference of the world’

Pope Francis used the word “Rohingya” while meeting with members of the the Muslim minority in Bangladesh on Friday. Many had wondered if he would use the politically fraught term in Myanmar, where the Rohingya face violence and discrimination.

Pope Francis met with Rohingya refugees — 12 men, two women and two girls — along with Muslim, Buddhist, Hindu and Christian leaders, in Bangladesh’s capital Dhaka. He apologized to the Rohingya for the “indifference of the world” toward their upheaval, according to an Associated Press report.

“The presence of God today is also called ‘Rohingya,’” he said. 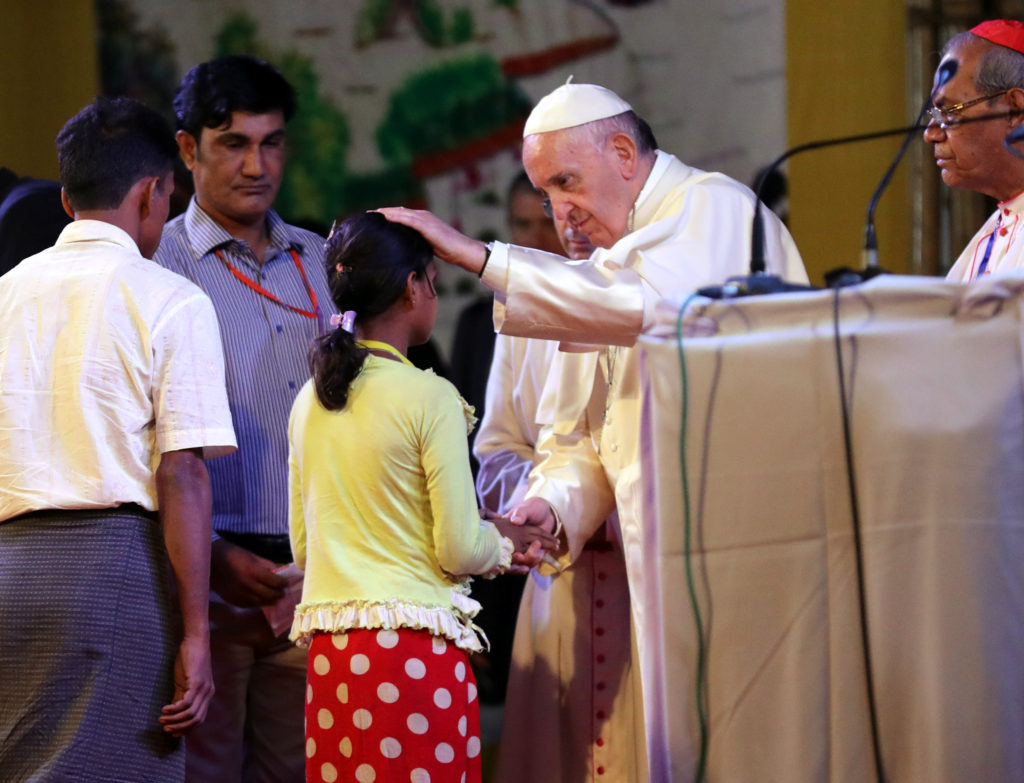 A violent crackdown on Rohingya insurgents in Myanmar’s Rakhine state by Myanmar’s military, security forces and local vigilantes has forced thousands to flee. More than 620,000 Rohingya refugees have walked or traveled by boat to neighboring Bangladesh since August, seeking shelter in villages and refugee camps from what U.S. Secretary of State Rex Tillerson has called “ethnic cleansing.”

In October, Myanmar leader Aung San Suu Kyi, who was criticized for not taking a tougher stance against Rohingya treatment, announced a plan to create a civilian-led agency to provide aid and help resettle Rohingya in Rakhine state. 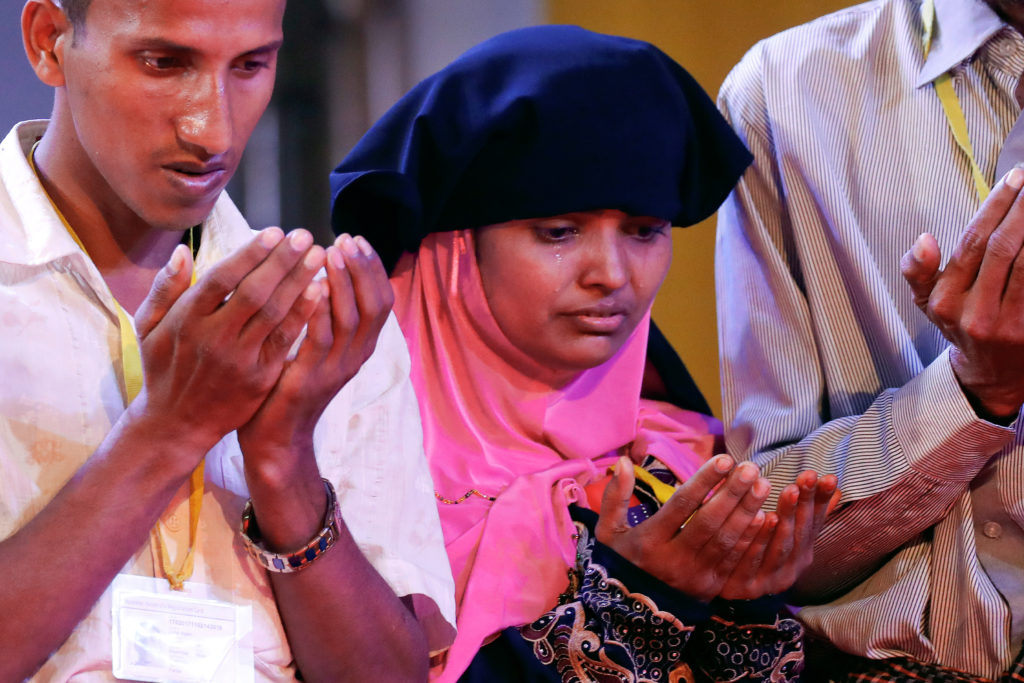 Tears run down the face of a Rohingya refugee as she and others pray during their meeting with Pope Francis. Photo by Damir Sagolj/Reuters

Pope Francis did not name the Rohingya minority specifically while visiting Myanmar earlier in the week, when he spoke of the need to respect every ethnic group. “The future of Myanmar must be peace, a peace based on respect for the dignity and rights of each member of society, respect for each ethnic group and its identity, respect for the rule of law, and respect for a democratic order,” he said through an interpreter.

Local Catholic leaders in Myanmar had urged Pope Francis not to use the term, saying it was “political” and “contested.” Myanmar’s government calls them “Bengalis” instead, saying they came from Bangladesh, and does not recognize them as one of the country’s 135 ethnic groups. A 1982 law prevents Rohingya from gaining citizenship in Myanmar.

Left: Pope Francis meets a group of Rohingya refugees during an inter-religious conference at St. Mary's Cathedral in Dhaka, Bangladesh on Dec. 1. Photo by Max Rossi/Reuters