At the tail end of a six-day trip to Africa, Pope Francis spent roughly 24 hours in the turbulent Central African Republic. His visit didn’t last long, but humanitarian organizations are hoping it has a lasting impact.

“The seeds of hope have been planted and we hope they grow and flourish,” said LeAnn Hager, Catholic Relief Service’s country representative based in the capital, Bangui.

The former French colony has flipped back and forth from military to civilian rule since gaining its independence in 1960, and in the past few years the conflict has taken on religious tones.

In March 2013, a Muslim rebel coalition known as Seleka overthrew the president, a Christian, and in response a Christian and Animist band of fighters called Anti-balaka formed and conducted retaliatory attacks on the minority Muslim population. Amnesty International has reported on atrocities on both sides. 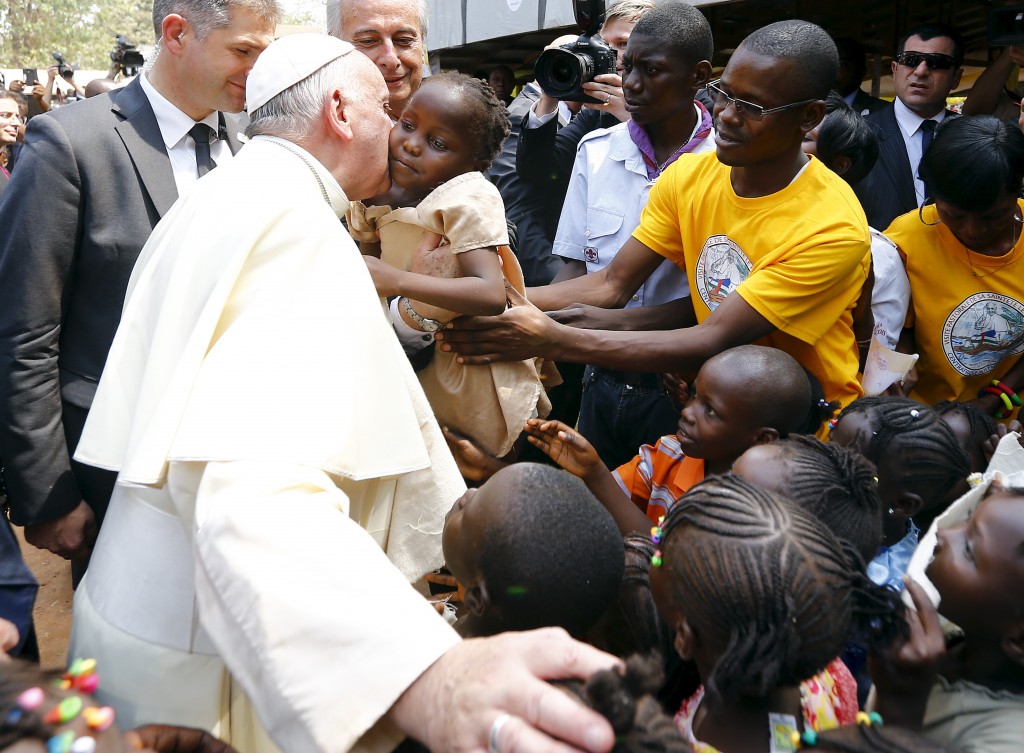 Pope Francis kisses a child at the refugee camp of Saint Sauveur in the capital Bangui, Central African Republic, on Nov. 29. Photo by Stefano Rellandini/Reuters

Pope Francis brought a message of peace and reconciliation to the war weary country earlier this week. He visited a refugee camp and celebrated Mass at a stadium in the capital. He sat with an imam at Koudoukou central mosque.

The pope urged both sides to lay down their weapons and, although it is difficult, forgive one another.

“Together, we must say no to hatred, to revenge and to violence, particularly that violence which is perpetrated in the name of a religion or of God himself. God is peace. Salaam,” he said, using the Arabic word for peace.

The reconciliation process has been an arduous one, interrupted by episodes of violence. In 2014, Catholic, Protestant and Muslim leaders formed the Inter-Religious Platform to try to diffuse the tensions through training workshops that bring people together to find their commonalities. 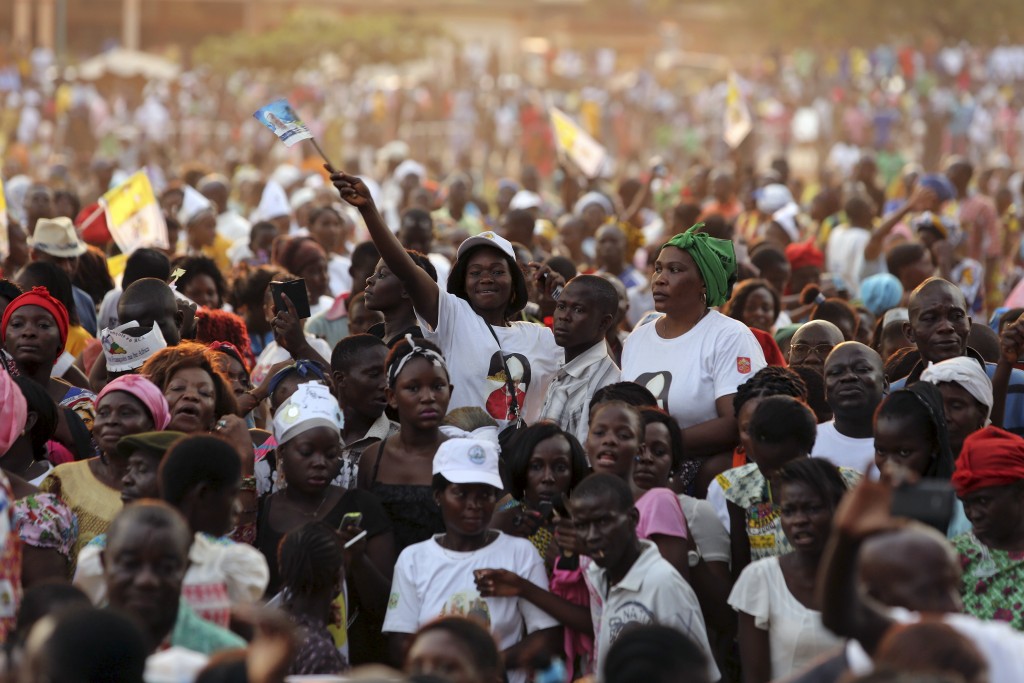 A crowd greets Pope Francis after he arrived at the Notre Dame Immaculate Conception Cathedral in Bangui on Nov. 29. He spent 24 hours in the Central African Republic during a trip to Africa. Photo by Siegfried Modola/Reuters

Hager, whose organization is assisting with the initiative, said reconciliation has to start with individuals healing themselves first and then working to forgive others. The third phase is easing Christians and Muslims back together in their formerly blended communities, but they haven’t gotten there yet, she said.

During the three days of training workshops, participants build up the courage to tell their stories of trauma. Hager described a priest who was so angry he bought a gun, though he never used it.

“He had so much hatred in his heart,” she recalled. “But he said, ‘I’m putting that aside, I’m asking for forgiveness for having those thoughts. And my goal and my mission now is to try and work toward peace.’”

Hager said reconciliation advocates like herself hope the national leaders and commanders of the armed elements take the pope’s message to heart and that it strengthens their resolve for a healing dialogue.

Left: Pope Francis sits next to Tidiani Moussa Naibi, imam of the Koudoukou Mosque in Bangui, Central African Republic, on Nov. 30. The pope urged both sides of the armed conflict to lay down their weapons and pursue peace. Photo by Stefano Rellandini/Reuters