A major earthquake struck New Zealand’s South Island just after midnight on Monday. Authorities are working to deliver aid to those marooned by landslides.

The 7.8-magnitude quake struck between the tourist town of Kaikoura and Christchurch, which was still rebuilding from a 2011 earthquake that killed 185 people.

Prime Minister John Key, who surveyed the damage by helicopter, said at least two people were killed. Police said the deaths occurred in the coastal town of Kaikoura and the nearby ski resort of Mt. Lyford, the Associated Press reported.

I visited Kaikoura this afternoon to see how locals are coping after today's earthquake & see first-hand the damage.https://t.co/AguYWcE2hU

New Zealand’s military planned to dispatch helicopters and a navy ship to help about 1,000 tourists and hundreds of residents in Kaikoura. Their water supplies and sewer systems were damaged, and their routes to leave were cut off by jagged cracks and landslides.

“From all directions, Kaikoura has essentially been isolated,” Air Commodore Darryn Webb, the Acting Commander of New Zealand’s Joint Forces, told the AP. 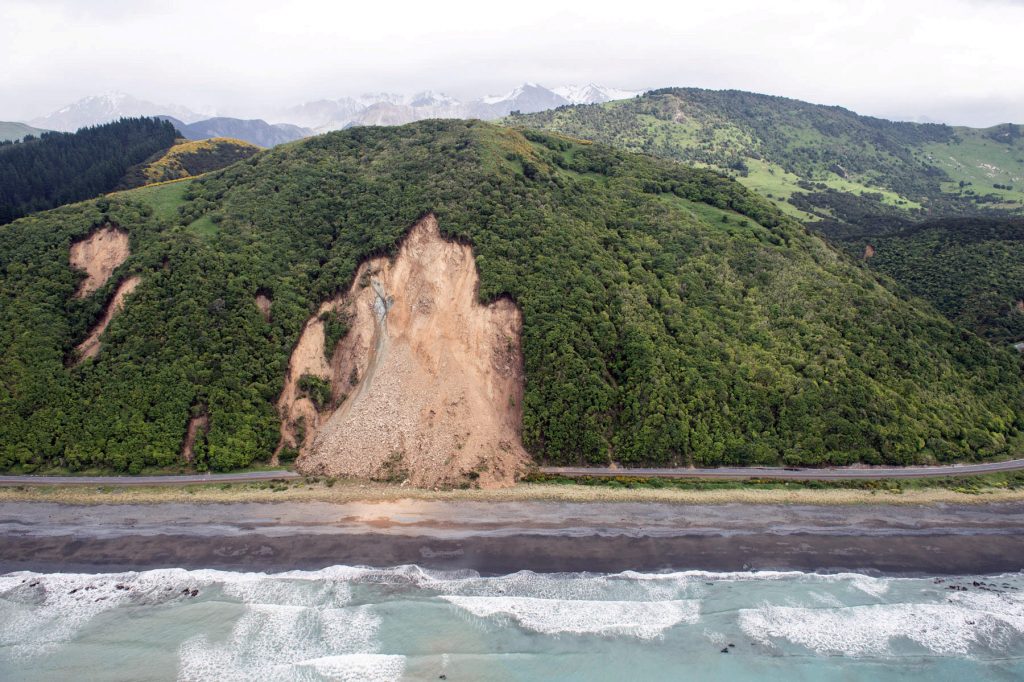 He said the helicopters can evacuate 18 people at a time, and transport airplanes could drop food, water and other supplies to the residents if needed.

New Zealand lies between the Australia and Pacific plates, which are pushing against each other and creating stress that is released through seismic activity.

Scientists are looking at GPS marker readings to see how the shifting plates are reshaping New Zealand. So far, the movement has slimmed down the South Island and some of the North Island. 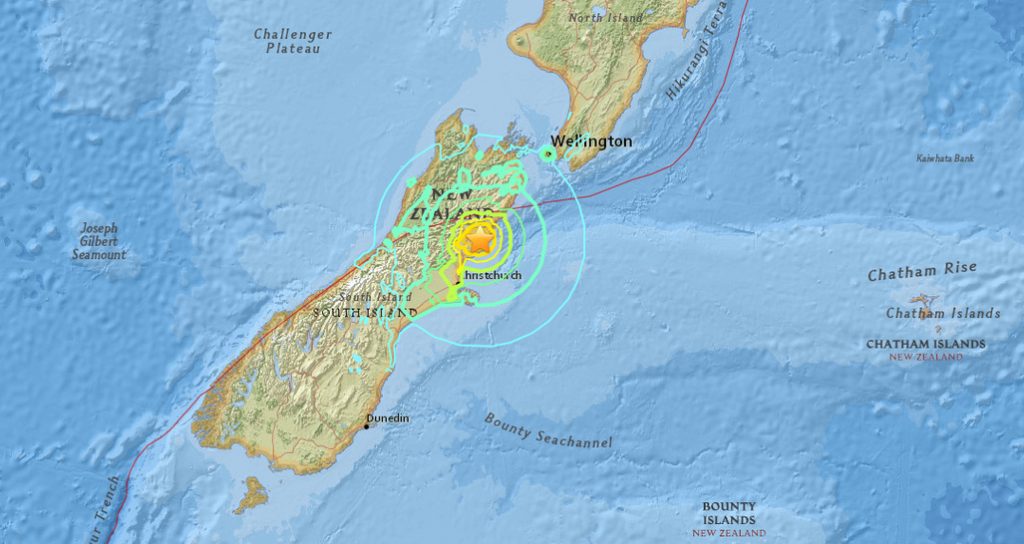 Left: Policemen and locals look at earthquake damage along State Highway One on New Zealand's South Island on Nov. 14. Photo by Anthony Phelps/Reuters