President Barack Obama has rejected TransCanada’s application to build the controversial Keystone XL pipeline across the United States. He said Friday that “shipping dirtier crude oil into our country” would not increase America’s energy security.

The president said the pipeline would not make a meaningful, long-term contribution to the economy, and that Congress could create more jobs by passing a comprehensive infrastructure plan. He said the U.S. would do better by continuing to pursue renewable energy options.

The Keystone pipeline “became a symbol too often used as a campaign cudgel by both parties,” he said, adding that it was neither “a silver bullet for the economy, as was promised by some, nor the express lane to climate disaster proclaimed by others.” 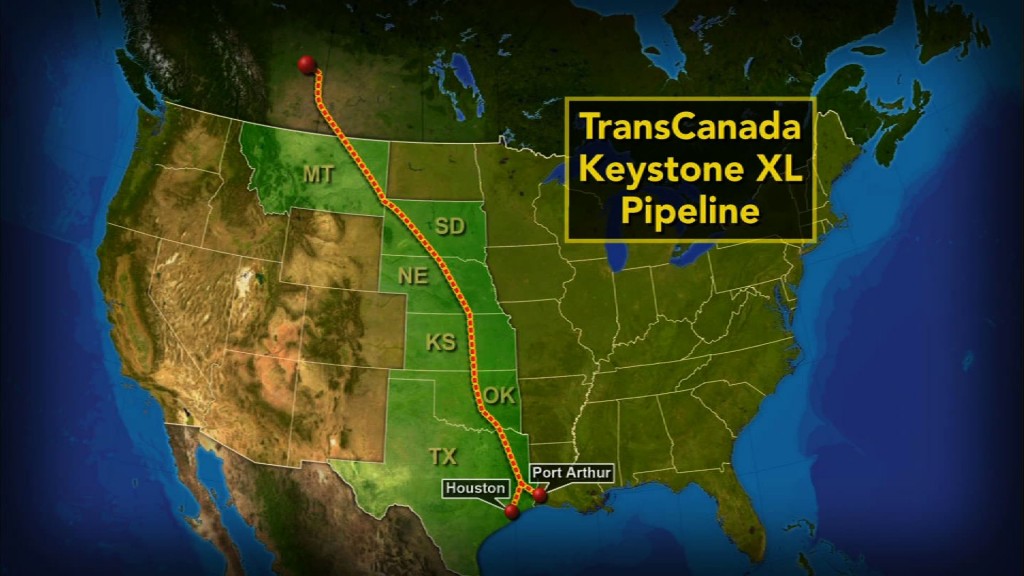 Reaction on Capitol Hill was immediate. “A decision this poorly made is not symbolic, but deeply cynical,” said Sen. Lisa Murkowski, R-Alaska, chairwoman of the Senate Energy and Natural Resources Committee. “It does not rest on the facts — it continues to distort them.”

But Sen. Ron Wyden, D-Ore., applauded the move. “President Obama did the right thing by putting Keystone XL out of its misery. I’m thrilled this spigot for dirty tar sands is finally welded shut and no longer threatens the climate, endangered wildlife and drinking water.”

The 1,179-mile pipeline would have run from Alberta, Canada, to Texas.

The State Department earlier this week denied TransCanada’s bid to delay review of its proposal.

“TransCanada and its shippers remain absolutely committed to building this important energy infrastructure project,” said Russ Girling, TransCanada’s president and chief executive officer, in a statement on Friday. “We will review our options to potentially file a new application for border-crossing authority to ship our customer’s crude oil, and will now analyze the stated rationale for the denial.”