Wide-scale protests continued for another night in Hong Kong in response to the Chinese government’s decision to vet candidates in Hong Kong’s 2017 elections.

Images of the protests are pooling on Facebook and under the Twitter hashtags #OccupyCentral and #OccupyHongKong. As one reporter put it:

Looks like it’s going be another long night in #HongKong pic.twitter.com/Vul1EBkz8w

Hong Kong is a special administrative region under China that has its own political system, although the details were never fully established. Chinese officials said in late August that they would allow direct elections in 2017, but that voters could only choose from pre-approved candidates.

CNN reported Monday on the protesters’ use of social media and technology to mobilize and share information. Images of activists using umbrellas to protect their eyes and faces from tear gas have populated Twitter under the hashtags #UmbrellaMovement and #UmbrellaRevolution.

Protesters also are using smartphone messaging apps such as WhatsApp to communicate and coordinate at crowded demonstrations. According to the Wall Street Journal, the mobile messaging app FireChat, which allows users to message one another without cellular or Internet connection, was downloaded in Hong Kong 100,000 times from Sunday to Monday. 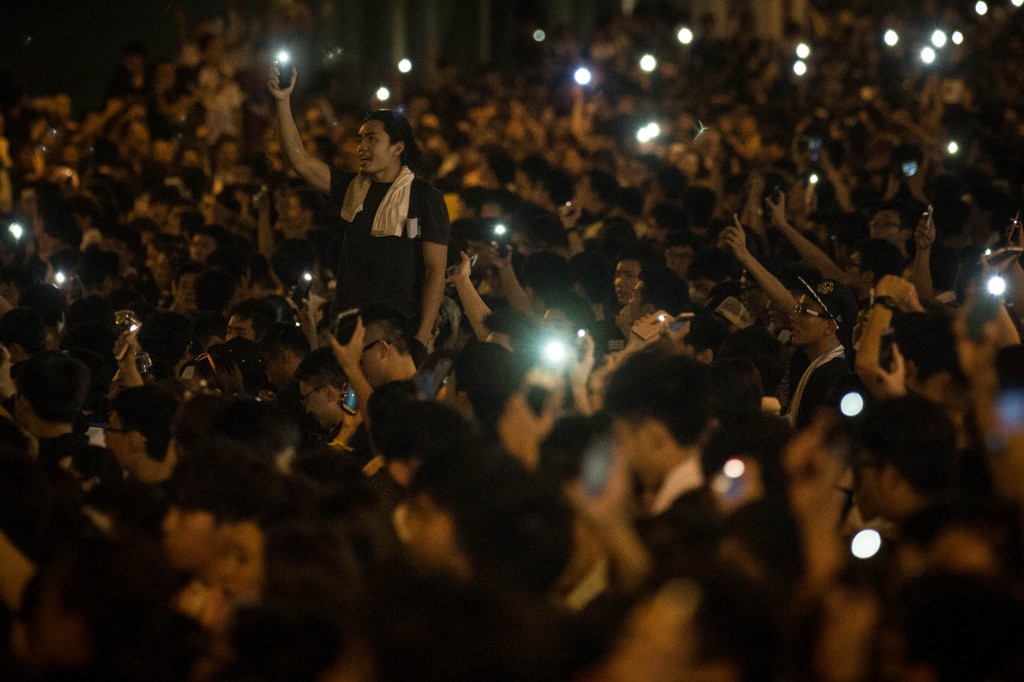 Protesters wave their mobile phones in the air in the streets outside the Hong Kong government complex on Sept. 29. Thousands of pro-democracy supporters have remained in the streets of Hong Kong for another day of protests. Photo by Chris McGrath/Getty Images 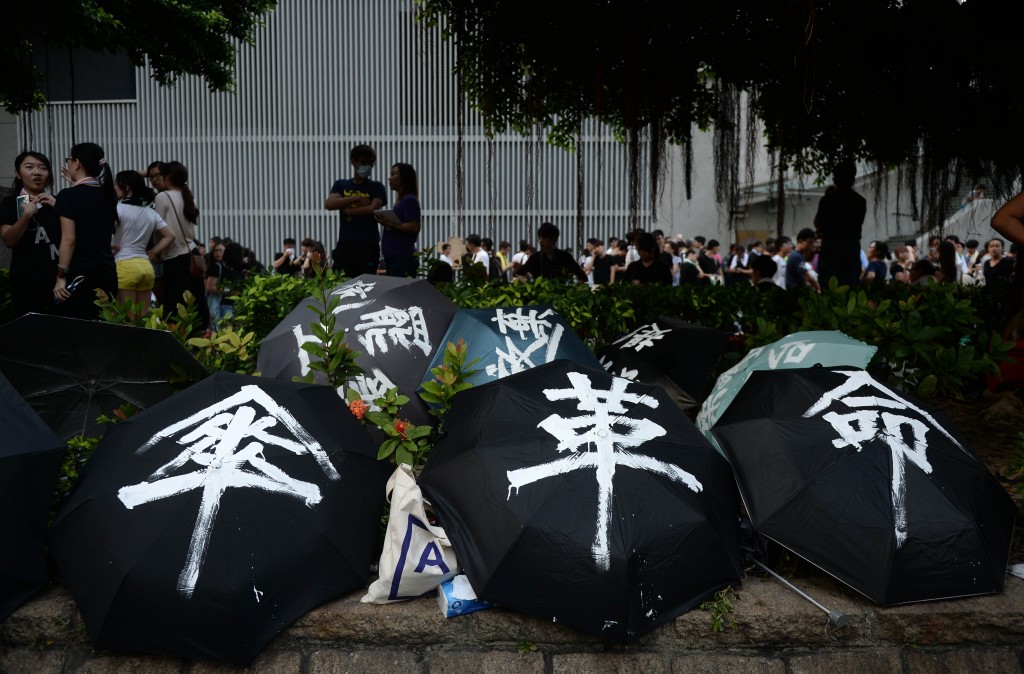 Umbrellas are used to shield demonstrators from pepper spray and the sun during a pro-democracy protest near the Hong Kong government headquarters on Sept. 29. Police fired tear gas after tens of thousands of pro-democracy demonstrators brought parts of central Hong Kong to a standstill on Sept. 28. Photo by Dale de la Rey/AFP/Getty Images

Police defended their use of tear gas, saying it was necessary after people pushed through the barricades. They said 41 people, including 12 police officers, were injured, reported the Associated Press. Sixty protesters who entered the restricted area were arrested.

The police action prompted more people to join the protests leading up to the Occupy Central movement’s planned “democracy banquet” on Wednesday, which is China’s designated National Day. 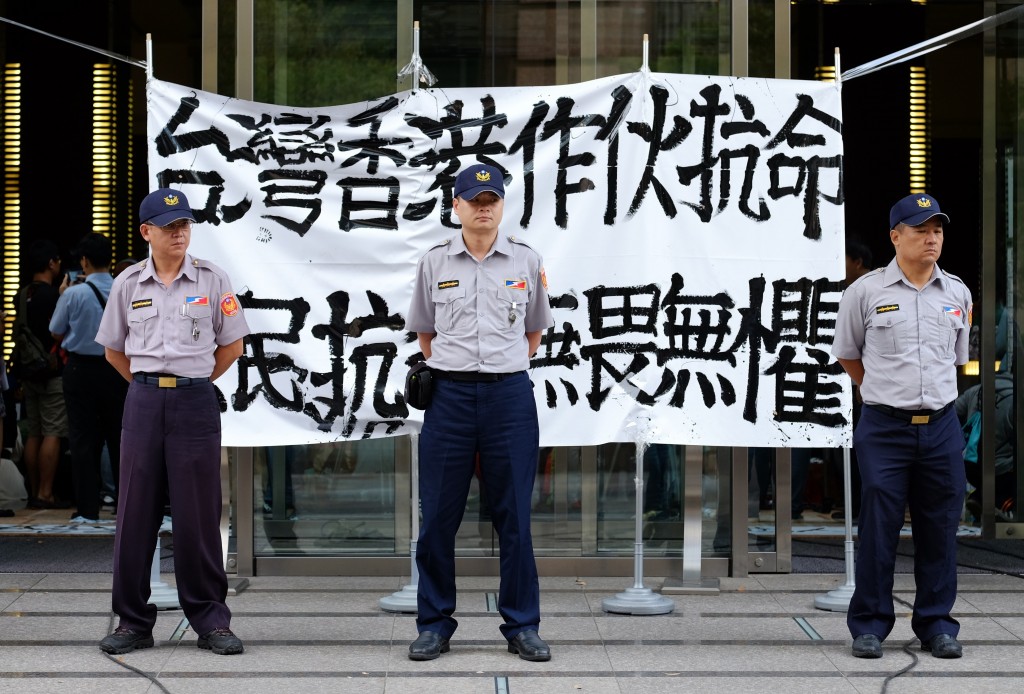 Policemen stand guard in front of a poster reading “Taiwan, Hong Kong people should join together to disobey orders” at the lobby of the Hong Kong office in Taipei, the capital of Taiwan, on Sept. 29. Photo by Sam Yeh/AFP/Getty Images

While the Internet and social media have allowed images of the demonstrations to circulate globally, censorship still reigns in mainland China. Efforts to suppress public discussion of the Hong Kong protests there include blocking the photo-sharing app Instagram.

Spontaneous protests in places like New York have sprung up in support of the cause.

The New Yorker’s Evan Osnos described the frustration behind the protests on the July 1 PBS NewsHour.