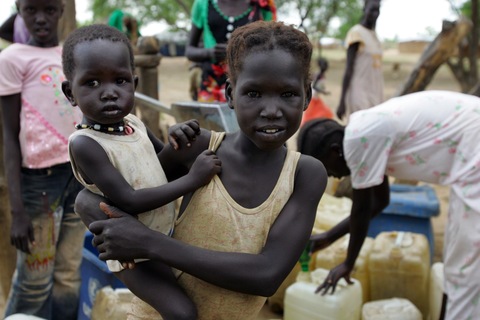 South Sudan’s separation from North Sudan, which becomes official on Saturday, is the cause for major celebration among the millions who voted for secession, but those monitoring the humanitarian situation are wary of what might happen after the revelers return home.

Almost 99 percent of 3 million Southern Sudanese voted for independence in January. The referendum was promised under the Comprehensive Peace Agreement of 2005, which ended a 22-year civil war between the mostly Arab Muslim North and Christian and animist South.

The impending division has raised tensions between the two sides, however. Fighting between Northern and Southern-aligned armed groups and among tribes, such as clashes over cattle, have left more than 2,300 Southern Sudanese dead, including 500 in the last two weeks in June, the United Nations said Thursday.

Refugees International has warned that tens of thousands of Southerners now living in the North are trying to return to the South, and are reporting some run-ins with police and harassment by other residents at transportation hubs.

For more on the humanitarian situation in Southern Sudan, both in the short-term and long-term as it becomes its own country, we spoke to Matthew Lovick, Africa director at Mercy Corps, from Juba, the city that will become the capital of the new Republic of South Sudan.

MATTHEW LOVICK: As of its independence on July 9th, South Sudan will be one of the poorest countries in the world. Most people live on less than $1 a day, and many are subsistence farmers and traditional herders. Most people in South Sudan have very little access to resources that Americans would consider basics: education and medical care, but also sufficient food, electricity and clean water. Most South Sudanese have had their lives severely disrupted by more than three decades of civil war so they’ve had to stop and restart their lives — maybe multiple times. Many unlearned — and now must relearn — how to engage in agriculture, commerce, and a normal lifestyle. 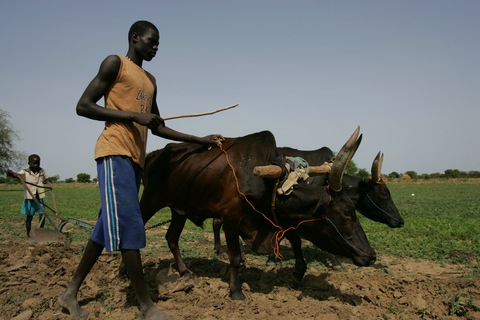 What is the capacity of the new government to handle services?

MATTHEW LOVICK: The South has had a semi-autonomous government since the signing of the Comprehensive Peace Agreement in 2005, and they’ve been preparing for transition to full autonomy since the January 2011 referendum, in which nearly 99 percent of South Sudanese voted to separate from the North. Even with this preparation, the government will face tremendous hurdles: a country that’s extremely poor with very little infrastructure — only about 100 miles of paved roads in a territory about the size of France — and an almost total lack of access to any meaningful services, as well as a population with high expectations that living standards will rapidly improve after independence. These challenges would prove difficult for even the most wealthy, well organized government; they will be virtually insurmountable for the government of South Sudan if it does not have external support.

What assistance will it have as it’s starting up?

MATTHEW LOVICK: The government of South Sudan will have the support of the international community, which has invested a significant amount of resources to build government capacity, establish basic infrastructure, and create a fundamental network of services. But the new nation will almost certainly continue to lag behind the rest of the world for years to come in terms health, education and other development indicators. South Sudan can only succeed if donors continue to focus on boosting government capacity. In addition, citizen groups need targeted support to help build the foundation of this new country and hold government accountable. For example, at Mercy Corps — with support from the U.S. Agency for International Development — we have helped build local government institutions through trainings, community dialogues and planning exercises. We have also assisted more than 100 civil society groups in tackling pressing challenges like lack of access to education and medical care.

What are the effects of Southern Sudanese from the North moving back to the South having?

MATTHEW LOVICK: The Southern Sudanese returnees — many of whom have lived their entire lives in the North — must start from scratch. They need everything from shelter, jobs and a path to integrate into their new — but in many cases also traditional — communities. Most have clustered just south of the border, which drains the resources of those already impoverished areas. These parts of the new country are in desperate need of help to economically and socially integrate returnees, or prepare them to relocate further south. These areas that host large numbers of returnees have been further destabilized by a recent influx of approximately 170,000 people fleeing from fighting in the Abyei region and Southern Kordofan state.

What are other challenges that South Sudanese face?

MATTHEW LOVICK: In addition to the tremendous development challenges facing the world’s newest nation — almost no roads, no schools, no hospitals, and very limited government capacity — South Sudan has several legacy issues that have not yet been resolved. Those include the finalization of the borders between Sudan and South Sudan and the distribution of oil revenues between those countries, as well as inter-ethnic fighting that has caused more than 2,000 deaths in the last three months alone. South Sudan is also being born into a tough neighborhood. It is situated in the middle of a highly volatile region that includes its new neighbor of northern Sudan as well as unstable states such as the Central African Republic, the Democratic Republic of Congo, Kenya, Uganda and Ethiopia.