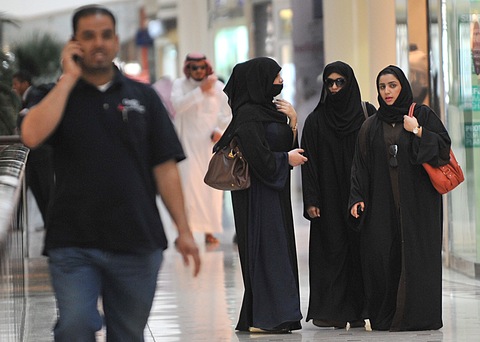 Saudi Arabia’s King Abdullah has granted women the right to vote and run in 2015 local elections and to be appointed to his advisory Shura Council, but some women’s rights advocates are not satisfied.

The decree, announced Sunday, is part of King Abdullah’s gradual opening of Saudi Arabia to various rights for women, said Qamar-ul Huda, a specialist on Saudi Arabia at the U.S. Institute of Peace.

Huda noted that two years ago, the king opened a fully integrated co-ed King Abdullah University of Science and Technology, or KAUST, in the town of Thuwal. The king also appointed the first female deputy minister — of women’s education.

And “in the backdrop of the past seven months of the Arab Spring, I think they may have felt that it’s important to make some gradual steps for women’s rights inside Saudi Arabia,” Huda added.

But some advocacy groups, including Amnesty International, contend that the king shouldn’t stop there and should grant women other rights, such as the ability to drive. No law in Saudi Arabia says women can’t drive, but people must obtain local driver’s licenses and they are never issued to women. In June, several dozen women risked arrest by driving in cities around Saudi Arabia in protest.

Some critics also said women should be allowed to vote right away, starting with the next local elections on Thursday.

“Why not tomorrow?” asked Saudi feminist Wajeha al-Hawaidar, quoted the Associated Press. “I think the king doesn’t want to shake the country, but we look around us and we think it is a shame … when we are still pondering how to meet simple women’s rights.”

Huda said the waiting period might be not only logistical — to give time for women to register and mount campaigns — but also to test the waters of the religious establishment and work through anyone contesting the move before 2015.

Manal Omar, a regional specialist also at the U.S. Institute of Peace, said there are a lot of demands for change in the region, and the decree was a way of saying “although you’re not seeing it now, there are plans for these changes to take place.”

The announcement is crucial, but the big question is how it will be implemented and whether it gets delayed as 2015 approaches, she cautioned. “This is a great move, it’s very much welcomed, but we’ve seen where rhetoric hasn’t translated into reality very often throughout the region.”

As for the right to drive, Omar said it has a vocal opposition that is much less so for voting rights. “There are very few people who would deny or use a religious argument against the right for a woman to vote. It’s clearly within the Islamic jurisprudence — almost all Islamic countries with the exception of Saudi Arabia exercise the right to vote for women.”

In addition, Omar said women activists have told her their main concerns are for voting representation and economic rights, and they rank driving rights as less of a priority.

Huda said Sunday’s announcement breaks new ground in a country where women have had major roles in fields such as medicine, education and certain businesses — but not politics. “The Women’s Chamber of Commerce of Saudi Arabia is one of the most active in that region, but when it comes to politics and the public sphere and political participation, they’re invisible,” he said.