The last famine to hit Somalia was in 2011 when 260,000 people died, about half of them children under 5. Humanitarian organizations fear this year’s drought could lead to something even worse.

The rainy season has begun in Somalia, but with scant rain. It follows other years of little rain, and now the East African nation also faces an influx of Somali refugees from Yemen and the Dadaab refugee camp in Kenya, as well as the presence of the militant group al-Shabab, which makes accessing the southern part of the country difficult, said Mohamed Dahir of Catholic Relief Services, who runs an emergency response program in Somalia.

The United Nations has warned that 20 million people face starvation in Yemen, South Sudan, Somalia and northeastern Nigeria from the drought, including 6.2 million people in Somalia alone, which amounts to more than half of its population. 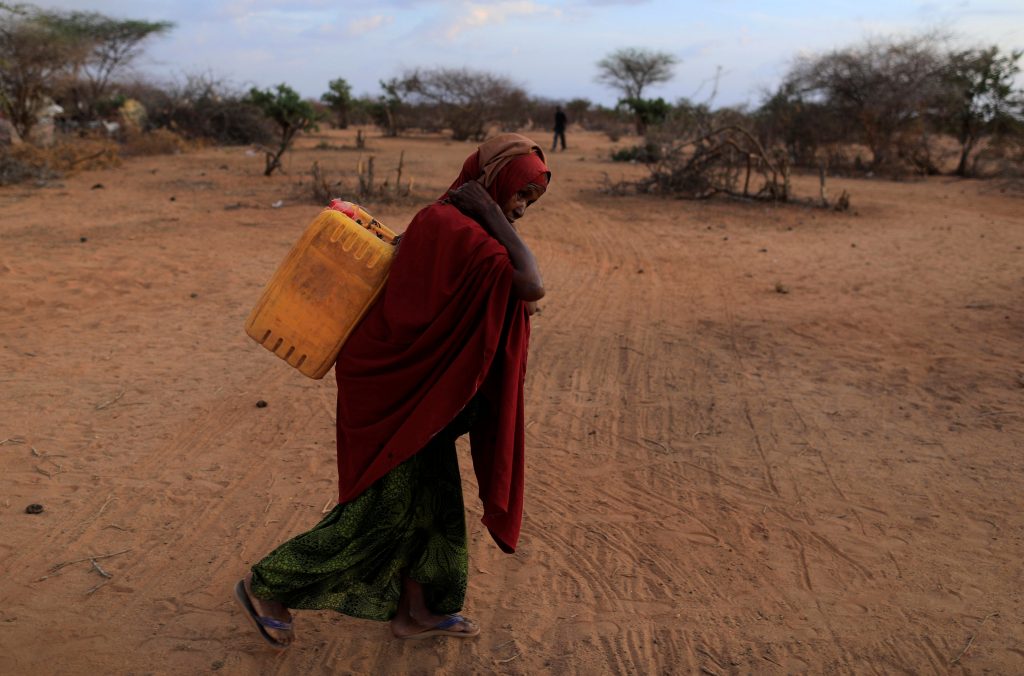 An internally displaced woman from a drought-hit area carries a jerrycan of water to her shelter in Dollow, Somalia, on the border with Ethiopia. Photo by Zohra Bensemra/Reuters

In Somalia, the lack of food and loss of livestock are leading people to leave their homes in search of better conditions. About 460,000 people have left already, seeking work in urban areas or sheltering with friends and relatives. In addition, “displaced people have gathered in camps with poor sanitation and in shanties, which makes things worse,” said Dahir.

This year, UNICEF has recorded more than 35,400 cases of malnutrition and 18,400 cases of cholera among children in Somalia, a jump from the same point last year. 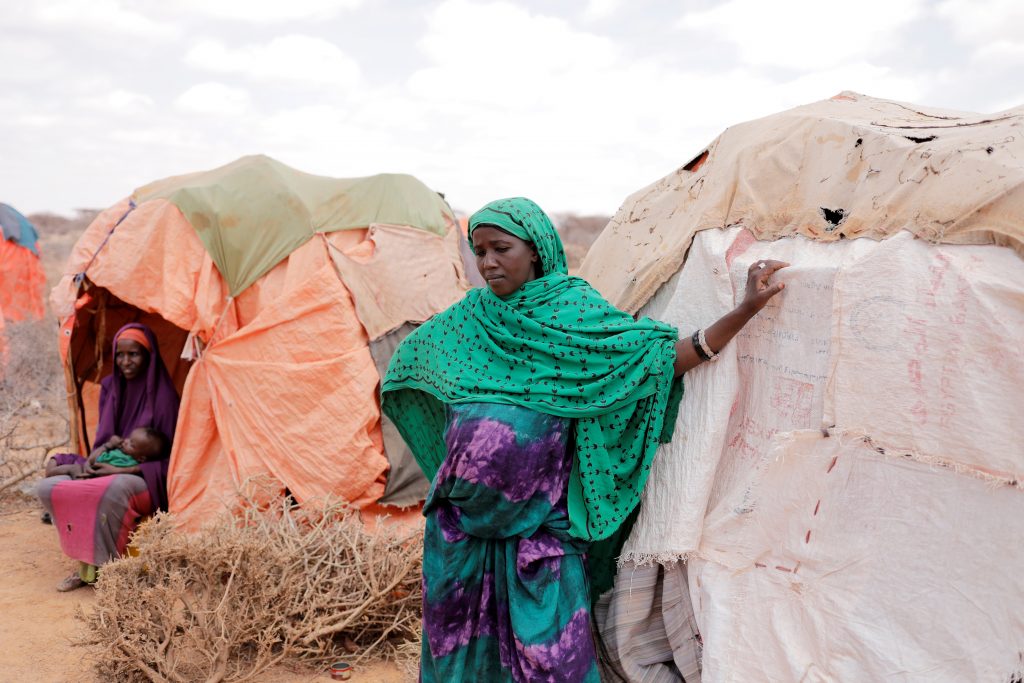 A nine-month pregnant displaced woman, Amina Ali, 23, stands beside her shelter at a makeshift settlement in Bardihahle near Burao, northwestern Togdheer region of Somaliland on March 26. She lost her livestock because of the drought. Photo by Zohra Bensemra/Reuters

Somalia’s new President Mohamed Abdullahi Farmaajo declared a “national disaster” because of the drought and appealed for $825 million in aid from the international community.

The Somali Ministry of Health, with the help of the World Health Organization, UNICEF and other organizations, launched an oral cholera vaccination campaign to reach 450,000 people in the most at-risk regions. 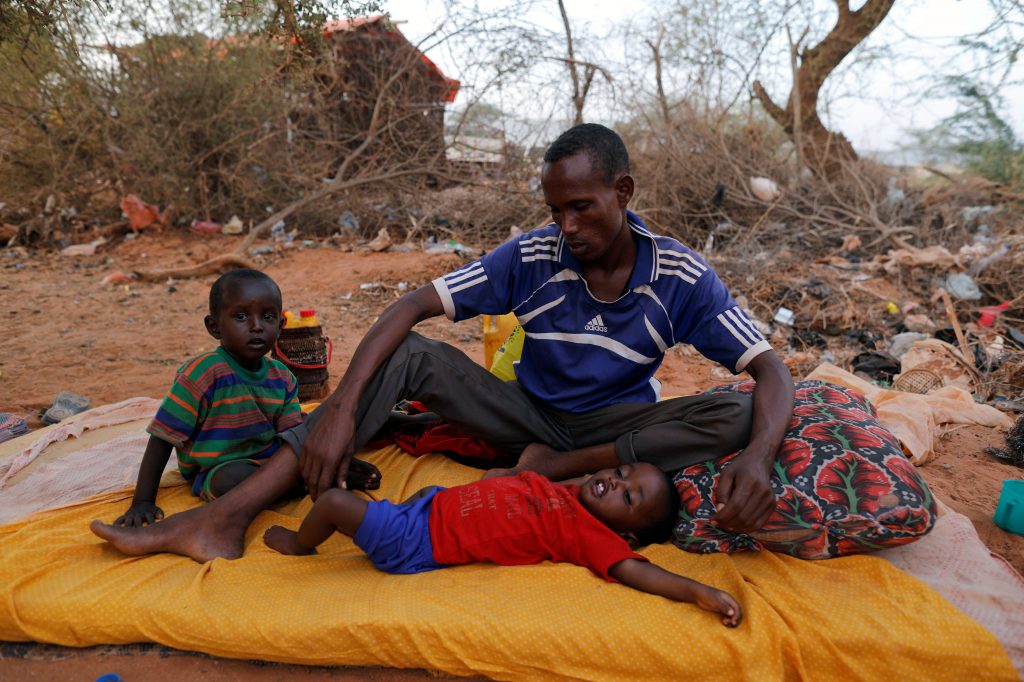 Aid groups are concerned this year’s drought will have more devastating impacts because of the potential spread of disease. Photo by Zohra Bensemra/Reuters

“The priorities are huge. We need to improve access to food and water, treatment of malnourished children,” he said. “The figures are going up every day.” 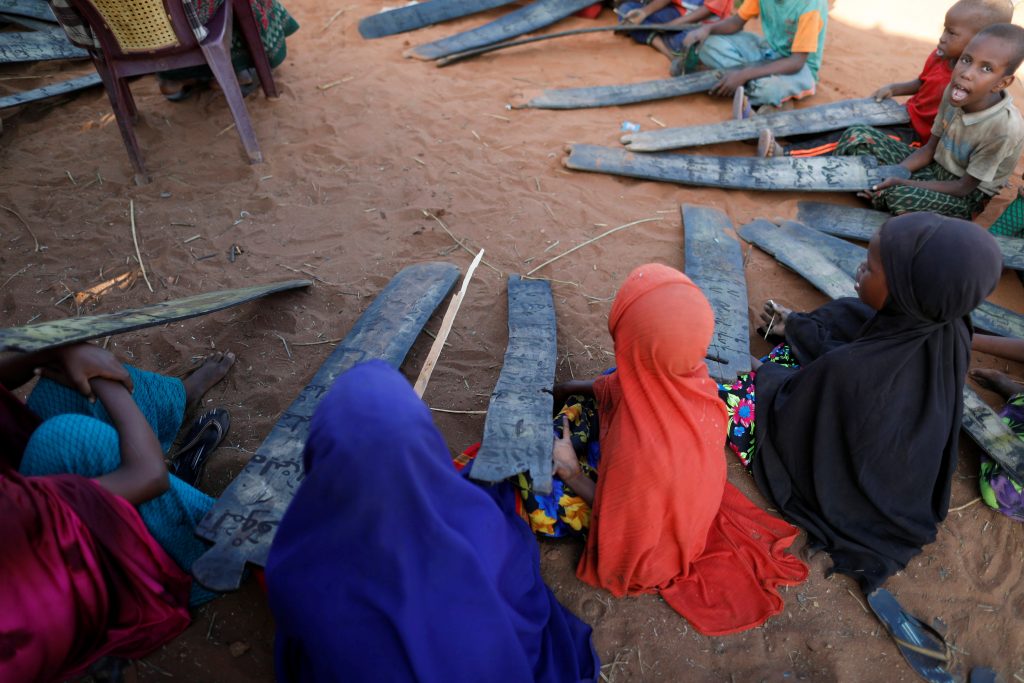 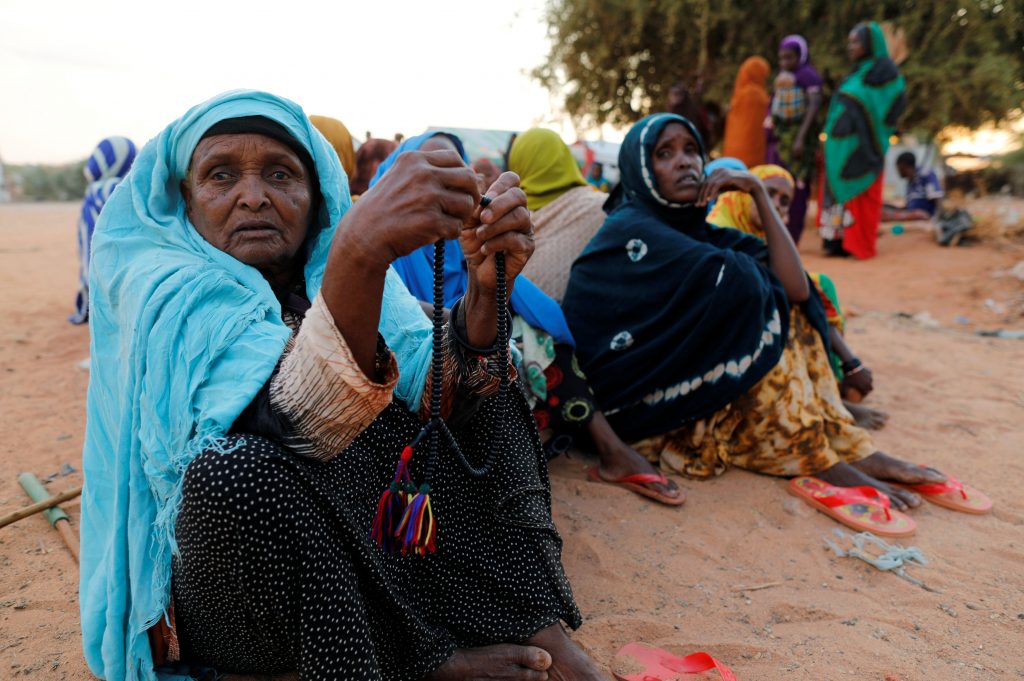 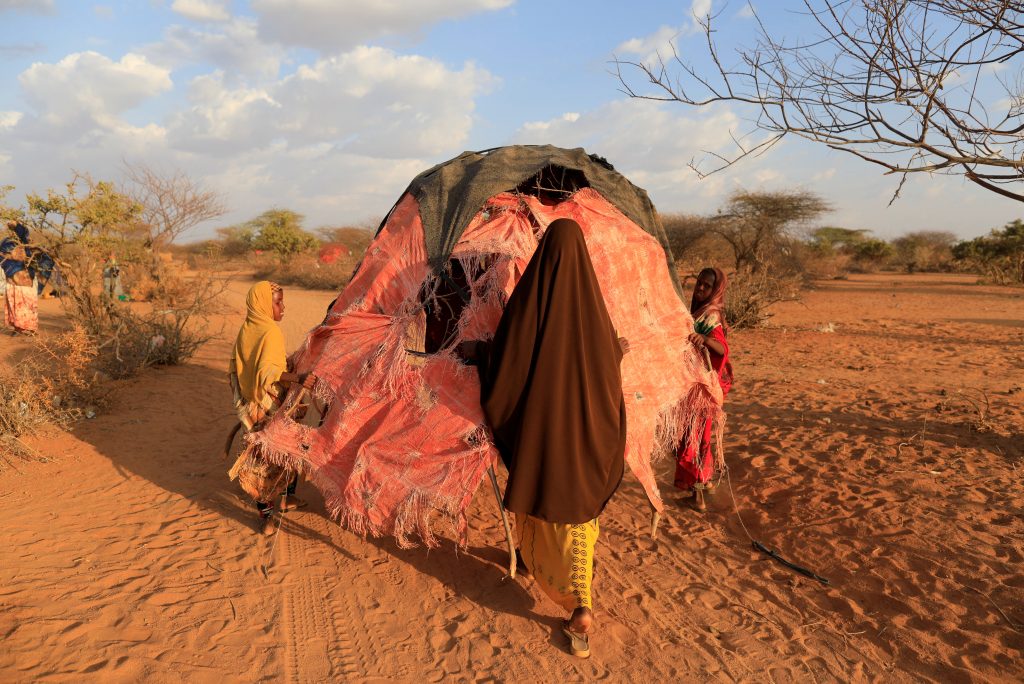 Somalis move their makeshift shelter closer to a water point at the Dollow camp. Photo by Zohra Bensemra/Reuters 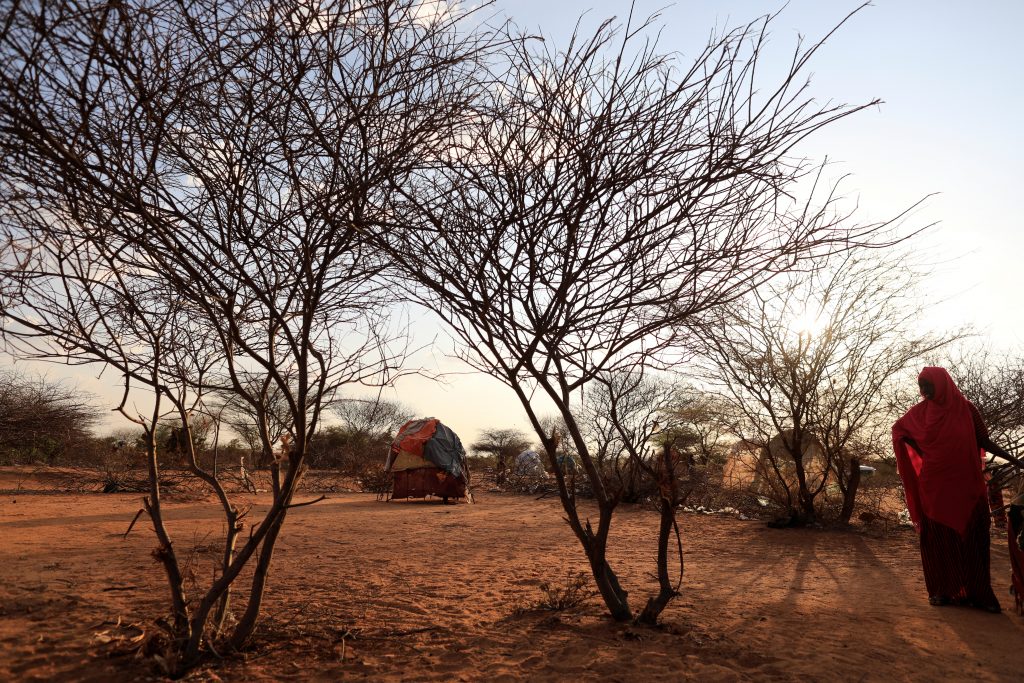 The Somali government, with the World Health Organization’s help, launched an oral cholera vaccination campaign targeting more than 450,000 people in seven high-risk areas around the country. Photo by Zohra Bensemra/Reuters

Left: Hundreds of thousands of Somalis had to leave their homes in drought-struck areas to find food and water. Photo by Zohra Bensemra/Reuters