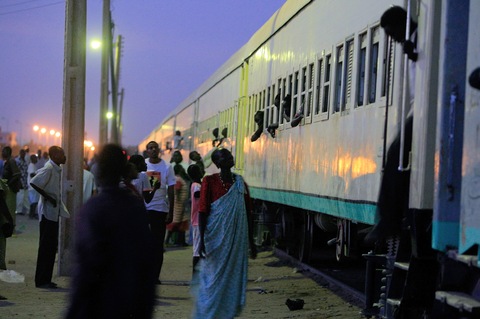 South Sudanese wait to be transported on a train from Khartoum to South Sudan. Photo by Ashraf Shazly/AFP/Getty Images.

A group of refugees in South Sudan must pick up and leave what they thought was a safe haven after bombs dropped by northern government forces came perilously close last week — but many do not want to move.

Despite a 2005 comprehensive peace agreement between Sudan and newly independent South Sudan, clashes between northern government forces and militias from the northern branch of the Sudan People’s Liberation Movement, the ruling party in South Sudan, have continued along the North-South border in the areas of Southern Kordofan and Blue Nile state. 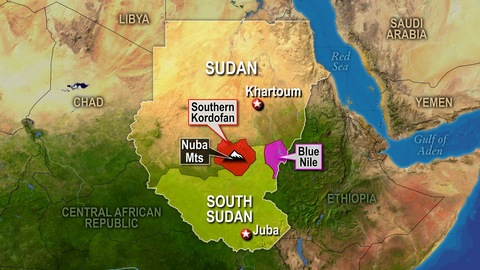 About 22,000 people have fled the dangers of Southern Kordofan and congregated in the Yida refugee camp in Unity state in South Sudan. Last week, northern Sudanese air forces dropped five bombs near the refugee camp.

It’s unknown whether the Sudanese military, which has been fighting rebels in the area, was targeting the camp or whether the bombs went astray, said George Okoth Obbo, director of the U.N. High Commissioner for Refugees’ Africa bureau, based in Geneva, Switzerland. UNHCR staff working at the site reported no casualties, he said.

Sudan Armed Forces spokesman Sawarmi Khaled Saad denied the military was behind the aerial bombardment, telling Agence France-Presse, “This information is completely false. We didn’t bomb any camps or any areas inside the borders of South Sudan.”

Even before last week’s bombing, the U.N. refugee agency was concerned about the location of the camp because of security reasons — it’s too close to the border — and because it’s difficult to access due to heavy rains washing out roads, said Okoth Obbo. Aid groups have had to use helicopters to bring staff, food and other supplies into the area, he said.

Watch an Al Jazeera English report on the situation in the Yida camp:

Many aid workers left the camp after the bombing, and now relief agencies are trying to move the camp’s inhabitants to another settlement further inside South Sudan. Once the washed-out roads become passable again, aid groups will start the move to the new camp, said Okoth Obbo.

But some refugees are reluctant to leave. They want to stick close to home so they can monitor developments with the hopes that they can return in a few days. “This is not unusual, especially in the early stages of an emergency,” he said.

A similar situation is unfolding in another part of the country. About 30,000 Sudanese have congregated at the border with Ethiopia to escape the violence in Blue Nile state. There, Okoth Obbo said, aid workers are trying to gather the Sudanese evacuees in the Tongo refugee camp in western Ethiopia in order to more easily supply medical and other care to those who need it. But instead of entering the camp in Ethiopia, many Sudanese are staying in communities along the border.

“As the numbers are growing now … the capacity of the border areas and local communities to be able to assist such a large number became stretched, and that’s why we are trying to encourage the refugees to take advantage of the facilities which are available in the settlement that has been established,” he said.

The refugee situation isn’t just tied to fighting within the country. Hundreds of thousands of South Sudanese who moved to the North during a two decade-long civil war are returning home now that South Sudan is an independent country. In some cases, it’s a home they barely remember, or have never seen if they were born while in the North.

The birth of the new nation raises the issue of citizenship and the need for new laws to specify people’s rights, said Okoth Obbo. And there’s an urgency to the matter: Southern Sudanese who live in the north have nine months from the country’s independence day on July 9, 2011, to either leave or legalize their stay, according to the International Organization for Migration.

The exodus to the South began a year ago, before the vote for independence. Since October 2010, some 330,000 people have moved from the North — mainly Khartoum — to the South, said Okoth Obbo. “This has been fairly difficult for logistical and security reasons, and for the fact that people would arrive back in the South to a place some of them have never seen,” he said.

So the International Organization for Migration, the U.N. refugee agency and other aid organizations are helping transport the southern Sudanese back to the South by any means possible — planes, trains and river barges.

Related Resources: View a slide show of Sudanese taking cover in Southern Kordofan’s Nuba hills to escape the fighting, and a story about how a mapping project aims to address South Sudan’s greatest needs.