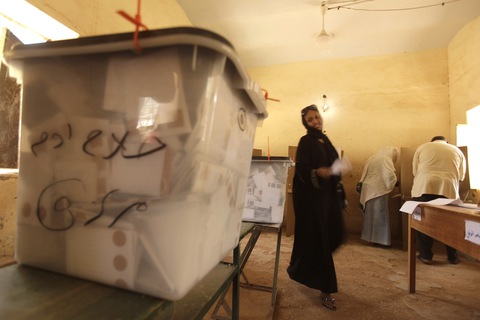 A five-day voting period in Sudan ended Thursday, and ballot-counting was set to begin, in national elections considered an important step for the country’s democracy but marred by allegations of fraud and opposition party boycotts.

The presidential, parliamentary and local elections, required under the 2005 Comprehensive Peace Agreement that ended 21 years of fighting between the north and south, were also intended to lay the groundwork for a referendum on southern independence slated for January.

But shortly before the historic vote, several of the main opposition candidates dropped out of the race in the north, where President Omar al-Bashir and his National Congress Party lead the government, throwing the legitimacy of the election into question.

Bashir’s party said Wednesday it would include opposition groups in a future government, should it win the elections, even those that had boycotted the vote.

Problems during the vote itself, such as delays in blank ballot shipments and missing names from voting rosters, prompted the National Electoral Commission to add two days to the voting period.

Reports from the ground included no incidents of violence until the final day when the ruling National Congress Party said soldiers in the south killed five of its supporters, according to the Associated Press.

Andrew Natsios, former USAID administrator now with Georgetown University, said the relatively peaceful election will help the government in the semi-autonomous south as it heads toward January’s referendum to secede from the north.

“The good thing about the vote in the south is that, depending on who wins and what happens in the count, it will legitimize the southern Sudanese government,” he said. “I think it is very important for it to get a legitimacy of an election behind it,” in addition to having a basic election apparatus in place for the referendum next year.

Election monitors, including those from the European Union and U.S.-based Carter Center, intend to announce their findings on Saturday. And election results are expected Tuesday.