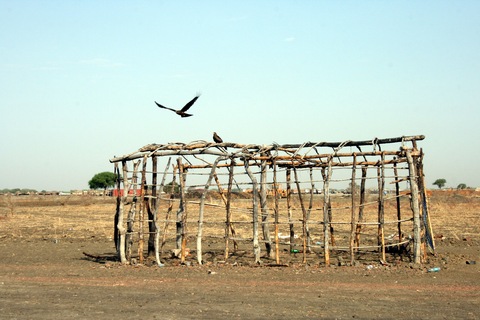 A bird of prey known as a kite flies from the frame of a tent in Abyei, Sudan. All photos by Larisa Epatko

JUBA, Sudan | The people of Sudan have two important votes approaching: national elections next month in which they will decide whether President Omar al-Bashir should stay or go, and a referendum in early 2011 in which the south will choose whether to split from the north.

On a weeklong reporting trip earlier this month, we visited visit several cities and villages in southern Sudan, including Juba, Wau and Abyei, where a team of U.S. Institute of Peace specialists conducted a conflict-resolution workshop. Abyei presents a unique case for Sudan’s politics with many critical issues still in flux, not least of which is whether the area will be included in the north or south’s borders. 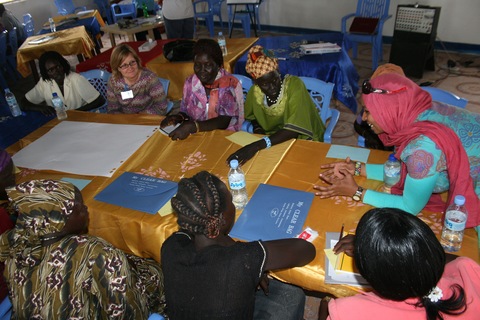 During the trip, several political parties launched their campaigns, marked by rallies, banners and blaring loudspeakers atop pickup trucks. Campaign posters multiplied every day in town centers and marketplaces. 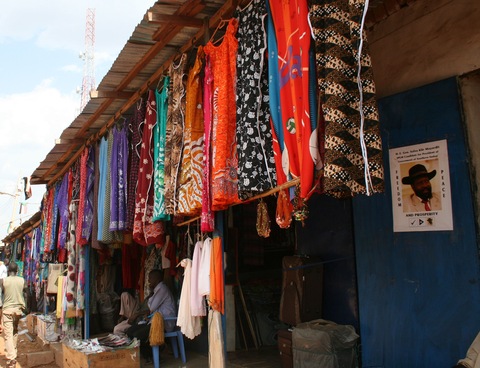 A clothing stall in a market in Wau, Sudan, also features a campaign poster.

Aside from election-related events, we witnessed an International Women’s Day parade in Abyei, and the dedication of a road in Warab state that involved the ritual killing of a cow: 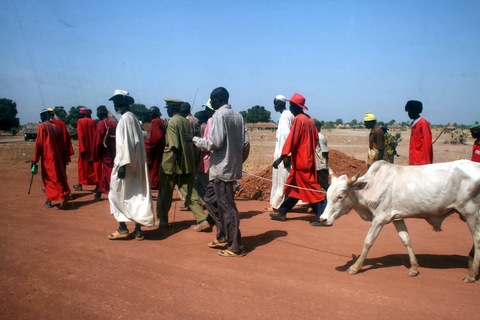 Watch the World page for reports on the upcoming historical events in Sudan. In the meantime view more photos taken during the trip in the NewsHour’s Flickr photostream. It’s all part of a PBS NewsHour collaboration with the Pulitzer Center on Crisis Reporting.