The timing of the Jan. 9 vote on whether Sudan will become two countries is “set in stone,” despite some major unresolved issues from distribution of oil wealth to citizenship rights, State Department officials said Thursday. 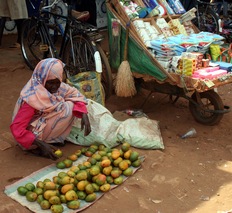 “We’re there and working toward it. There’s no discussion on moving that date,” said Timothy Shortley, U.S. deputy special envoy to Sudan at a panel discussion on Sudan’s next steps at the Center for Strategic and International Studies in Washington, D.C.

All energies, he said, are focused on preparing the U.N. peacekeeping force in Sudan, known as UNMIS, and others for the referendum, which some fear could reignite a civil war. More than two decades of fighting between the north and south was finally put to rest in 2005 after the signing of the Comprehensive Peace Agreement.

“It is perhaps the most volatile moment we will find in Sudanese history,” Nicholas Haysom, executive director of the political office at the U.N. Secretary-General’s Office, said of the referendum on southern secession.

If southerners vote to secede, issues that entwine them must still be resolved, including how to distribute the national debt, share oil revenues and uphold security for its citizens.

The parties involved — the ruling National Congress Party in Khartoum and the Sudan People’s Liberation Movement in the south — all agree on the basics: peace before and after the vote, maintaining two military forces and sharing resources, said retired Lt. Gen. Lazaro Sumbeiywo, who served as Kenyan special envoy and lead mediator of the Comprehensive Peace Agreement of 2005.

“But when it comes to moving one leg forward … each one moves away,” he said.

The CPA was drafted to give unity a chance, Sumbeiywo said, but now that it looks like the south will vote to secede, defining the north-south border has become a monumental job.

And the two sides haven’t fully discussed how to share oil revenues, which they both depend on to run their institutions, he said.

Also getting in the way of a smooth transition is a lack of institutional capacity on the southern side, said Sumbeiywo. “The SPLM never ran a system before, they ran a war,” he added.

As for logistics, voting materials have been ordered and will be delivered in late October, said Shortley. And voter registration is scheduled for a week, beginning Nov. 15, he said.