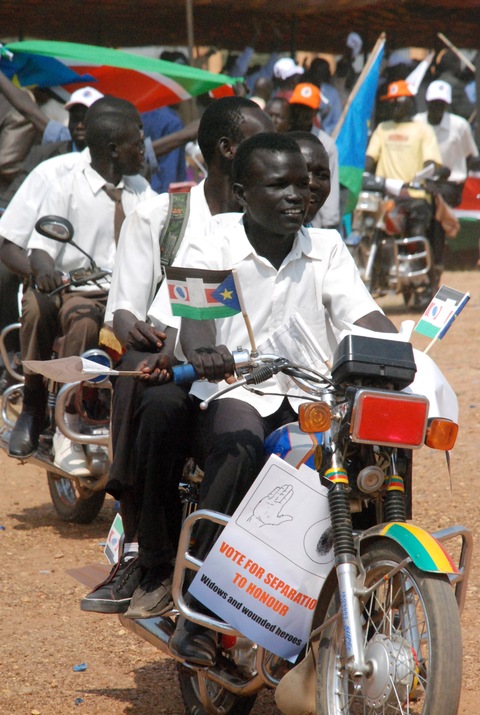 A referendum on Sudan’s contested border town of Abyei might not happen Jan. 9 as planned, said a representative of the Government of Southern Sudan on Tuesday, and legal challenges to the vote on southern secession already have begun.

Sudan is planning two referenda on Jan. 9 — one on southern secession, that could see the largest African nation split in two, and another to determine the fate of the oil-rich town of Abyei, and whether it remain in the north or become part of the south if it secedes.

Abyei, which has seen its share of violence, has become a potential flashpoint in the upcoming vote, and some say it is a political bargaining chip for both the north and the south.

“Abyei is being held hostage. They are not moving forward,” said Ezekiel Lol Gatkuoth, head of mission from the Government of Southern Sudan, at the U.S. Institute of Peace on Tuesday. “The SPLM (Sudan People’s Liberation Movement, the main party of the south) is committed to move forward, even if we have to pay a ransom.”

He said the vote on southern secession is going forward as planned with the hardest part — registration — completed earlier this month. But the Abyei vote is less certain, he said.

Months of negotiations over the handling of Abyei, particularly who would be able to vote in the referendum, have yielded no definitive results. The question is whether the Misseriya, a nomadic tribe from the north who live in Abyei for part of the year while they graze their cattle, will be able to vote.

The best solution, Gatkuoth said, would be to transfer Abyei to the south and guarantee grazing and water rights to the Misseriya.

Ambassador Fatahelrahman Ali Mohamed, deputy chief of mission from the Embassy of Sudan, said the Khartoum government’s stance is that the Misseriya have the right to vote, too, along with the Dinka who live in Abyei year-round.

Adding to the trouble is only about 80 percent of the north-south border has been defined.

“Without a border, clashes between the southern and northern forces might be unavoidable,” Mohamed said.

Analysts and an increasing number of Sudanese officials say they expect the south will vote to become its own country in January. If that is the case, a transitional period of six months would kick in under the Comprehensive Peace Agreement for both sides to work out how they would coexist as neighboring nations. The CPA ended more than 20 years of fighting between the mostly Arab and Muslim north and the largely Christian and animist south.

The CPA of 2005 mandated a referendum in five years so that southerners could decide whether they wanted to remain one country unified with the north.

“The south will vote to secede for one simple reason. We have failed to transform Sudan to a better country,” Gatkuoth said.

Meanwhile, the National Congress Party, the ruling party in the north, and other groups have filed formal complaints, such as saying registration was denied to certain groups, said Zach Vertin, Sudan analyst with the International Crisis Group. He said some perceive the complaints as laying the groundwork for NCP and others to challenge the results of the referendum.

The NCP does not appear to have a clear strategy for handling a post-referendum split, Vertin continued. “In some sense, the Sudanese parties will have to wake up the next day and say, ‘now the real work begins.'”

Oil might be the tie that binds, he added. The south is where most of Sudan’s oil reserves are located, but the processing centers and port for exports are in the north, making the two sides interdependent.

The NewsHour sent a reporting team to southern Sudan to look into these dynamics. Special correspondent Jeffrey Kaye, producer Jay LaMonica and cameraman Matt Green arrived Tuesday in Juba — the city that will become the south’s capital if it votes to become its own country — for a week’s worth of reporting. Before he left, Kaye said:

“There seems little doubt that in the referendum scheduled for Jan. 9, voters in the south of Sudan will vote to separate from the north and create a new nation. The stakes and the challenges are enormous. Poverty is deep rooted and conflict has been long-standing and brutal. Bloody civil wars have claimed more than 2 million lives and displaced twice as many in southern Sudan.”

He said the team will be looking into what steps are being taken, not only to avoid future bloodshed, but to prepare for the voting and to construct a new country. They’ll also scope out the U.S. role in nation-building in southern Sudan.

“As an example of the many challenges, we are also interested in the steps that go into building a health care system in a nation that, because it basically has none, is reliant on medical assistance from foreign governments and aid organizations,” Kaye said. “It’s staggering to think about creating a country in an area in which half the populations lives on less than $1 a day and has no access to decent drinking water.

“The vast majority of adults are illiterate, so voters in the secession referendum will choose between two symbols on the ballot — one hand up for ‘separation,’ two hands clenched for ‘unity.'” 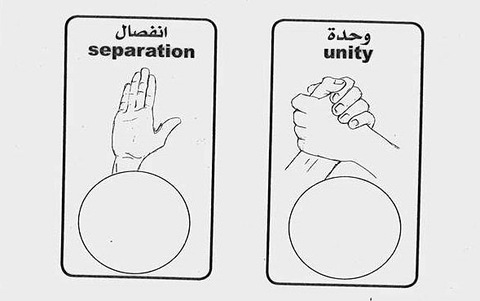