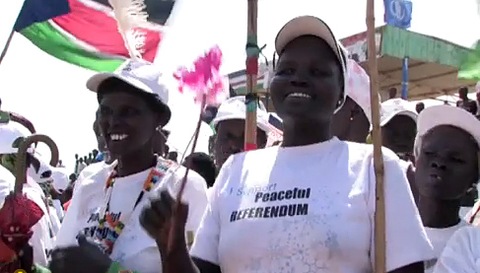 Southern Sudanese voted overwhelmingly to split from the North and become their own country in a referendum last month, but the young nation now confronts towering challenges of government structure and constitution creation, regional specialists say.

Preliminary results show 99 percent of southern Sudanese voted for independence in the Jan. 9-15 referendum. The government of the North in Khartoum has recognized the results.

Jok Madut Jok, a senior fellow at the U.S. Institute of Peace, said at a USIP event in Washington, D.C., on Wednesday that he had joined a crowd that had gathered in downtown Juba in the South the day before the referendum took place to count down the clock to midnight.

“The act of being able to go out and drink beer at such late hours in Juba already suggests you are in a separate country,” he said. One person in the crowd said he felt lucky to be alive to participate in this moment, and “we will not take this responsibility lightly” — a sentiment shared by many others that day, said Jok.

Many South Sudanese were excited to vote in what they considered the central element of the Comprehensive Peace Agreement of 2005, which ended decades of civil war between the North and South. One woman even wore her wedding gown for the occasion, the first vote she had ever participated in, he said. 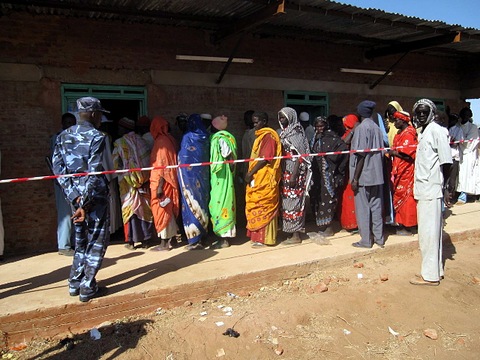 Sudanese line up for referendum vote. Photo by Linda Bishai/U.S. Institute of Peace

But while parties celebrating the vote to secede were underway in Juba, the mood was completely different in Khartoum.

Even though people in Khartoum accepted the inevitable vote for southern sovereignty, they still regarded the split with sadness, said Linda Bishai, a senior program officer at USIP, who traveled to Sudan for the referendum.

“It’s splitting social networks, separating families and friends, and the people in Khartoum are sad, a little bit mournful,” she said.

In order to keep the calm during the voting process, security forces were on hand outside — and sometimes inside — polling centers, reported Timothy Luccaro, a program specialist at USIP and an observer in Jonglei state deployed by the Carter Center.

Some people took advantage of the referendum to raid cattle, said Luccaro. The government told the cattle owners it would negotiate on their behalf and urged them not to respond with violence. Luccaro said when he left Sudan, the situation still hadn’t been resolved and there was some concern that young men in the community would take matters into their own hands.

Another matter that was put off until after the referendum was the vote in Abyei about whether the border town would stay with the North or attach to the South. That vote originally was scheduled to occur at the same time as the referendum but was postponed.

“The situation in Abyei had to be shelved,” said Jok. “It was a threat to the referendum process.” But now that the referendum is over, northern and southern political parties will tend to the issue of Abyei — but how it will be worked out is anybody’s guess, he said. 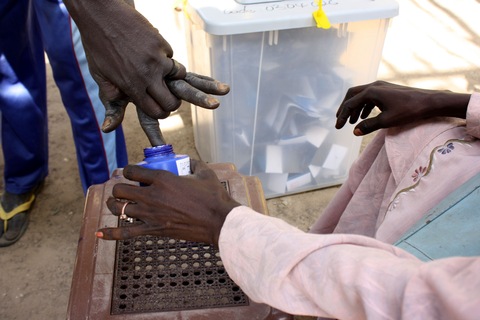 Other North-South issues still unsettled include where the exact north-south border is, how to distribute oil wealth, and how to divide responsibility for national debt, said Jok. “Some will be resolved quickly in negotiations going on now, others will take years.” But both sides need each other and will have to work things out, he added.

The South’s crucial issues now also include those of country-building, such as developing a constitution and managing its residents’ expectations, said Jok.

What has united the South so far has been opposition to the North, and now there is no more North to blame for problems in the South, he explained. After decades of war, southern Sudan is the most destroyed country since World War II, and it will take time to re-establish services, he said.

What will happen in North Sudan is also a question mark, particularly with President Omar al-Bashir staying in power, said former Ambassador to Sudan Timothy Carney, who attended the USIP event and was in Sudan for the referendum.

Carney described a growing “uneasiness” with Bashir in Khartoum for having “lost” the South — as some put it — and due to events in Tunisia and Egypt, where massive protests provoked Tunisian President Zine al-Abidine Ben Ali to leave and are pressuring Egyptian President Hosni Mubarak to do the same. But no one expects Bashir will want to quit while there is an International Criminal Court arrest warrant out on him, Carney said.