‘There are still hundreds of victims buried’: Aid groups struggle to deliver supplies after Indonesia tsunami

Rescuers are still searching for survivors four days after an earthquake and tsunami killed hundreds of people and destroyed thousands of homes in Palu, an island of fishermen and farmers in central Indonesia.

Aid workers continued to struggle Monday to send supplies to the worst-hit areas by truck, since the central airport was unusable. Authorities and aid agencies feared the death toll of 844 would rise once they assessed the damage in those hard-to-reach places. 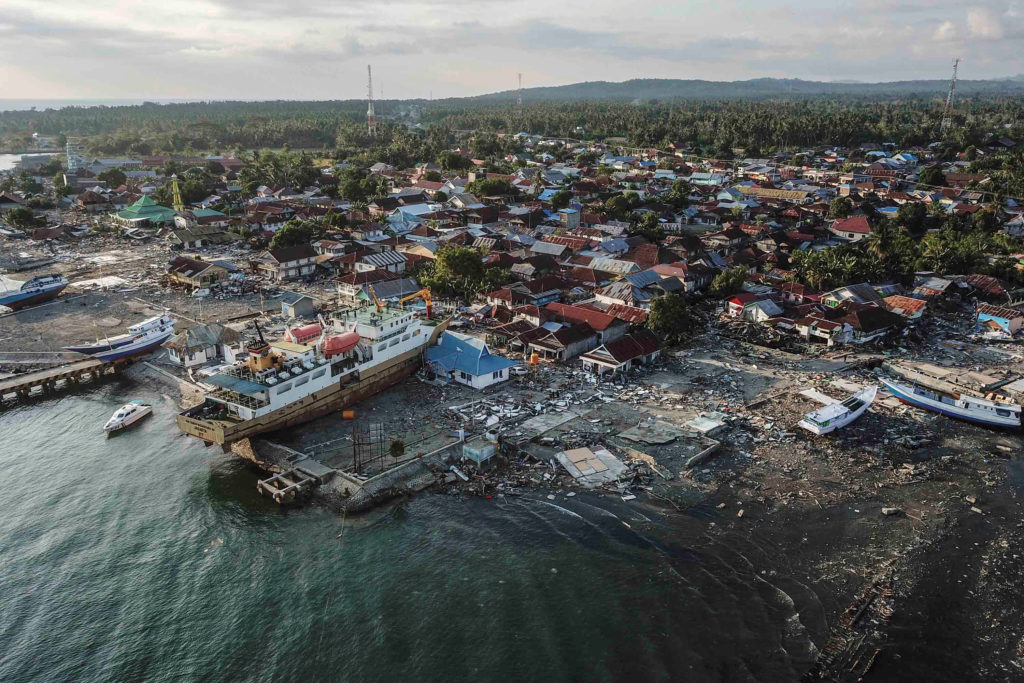 A ship is seen stranded on the shore in Wani, Donggala, Central Sulawesi, Indonesia on Oct. 1. Photo by Antara Foto/Muhammad Adimaja/ via Reuters 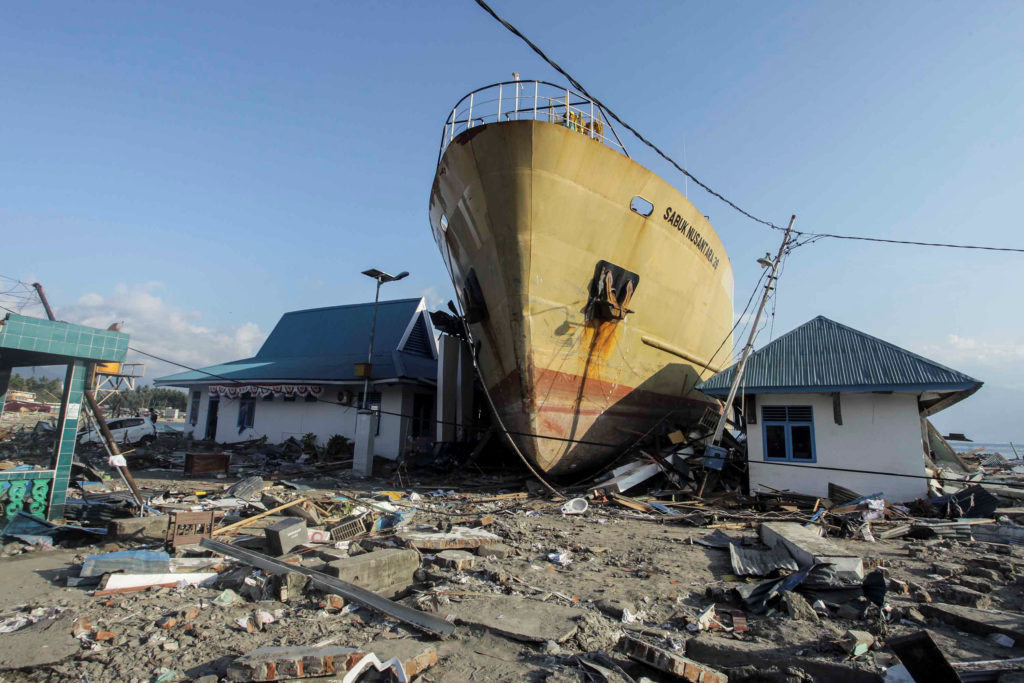 The earthquake and tsunami crushed thousands of homes in Indonesia’s Sulawesi region. Photo by Antara Foto/Muhammad Adimaja/ via Reuters

On Sept. 28, a 7.5-magnitude earthquake struck the coastline of Palu, a city of about 380,000 people. A tsunami followed. In addition to destroying homes, the quake and tsunami leveled power lines and cell phone towers, hindering communication to affected areas.

Indonesia has a tsunami warning system made up of a network of buoys and sensors, donated by the U.S., Germany and Malaysia after the 2004 Indian Ocean tsunami killed an estimated 228,000 people. However, some buoys have been damaged by vandals or stolen, which may have limited how effective the system can be.

When last week’s earthquake struck, the government did issue a tsunami warning, but it lasted only a half-hour, and text messages might not have reached residents because of the damaged power lines and cell phone towers.

Many of the victims were buried by mud because of “liquefaction,” which occurs when the shaking from an earthquake causes water-logged sediment to temporarily lose strength and act as a fluid. 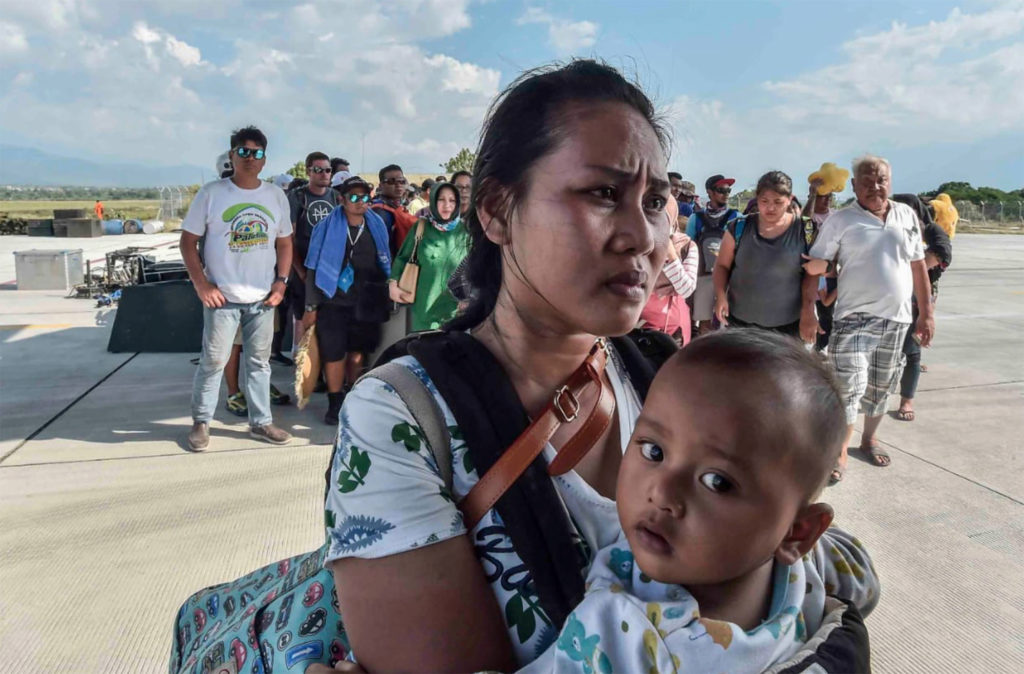 People injured or affected by the earthquake and tsunami wait to be evacuated on an air force plane in Palu, Indonesia, on Sept. 30. Photo by Antara Foto/Muhammad Adimaja via Reuters 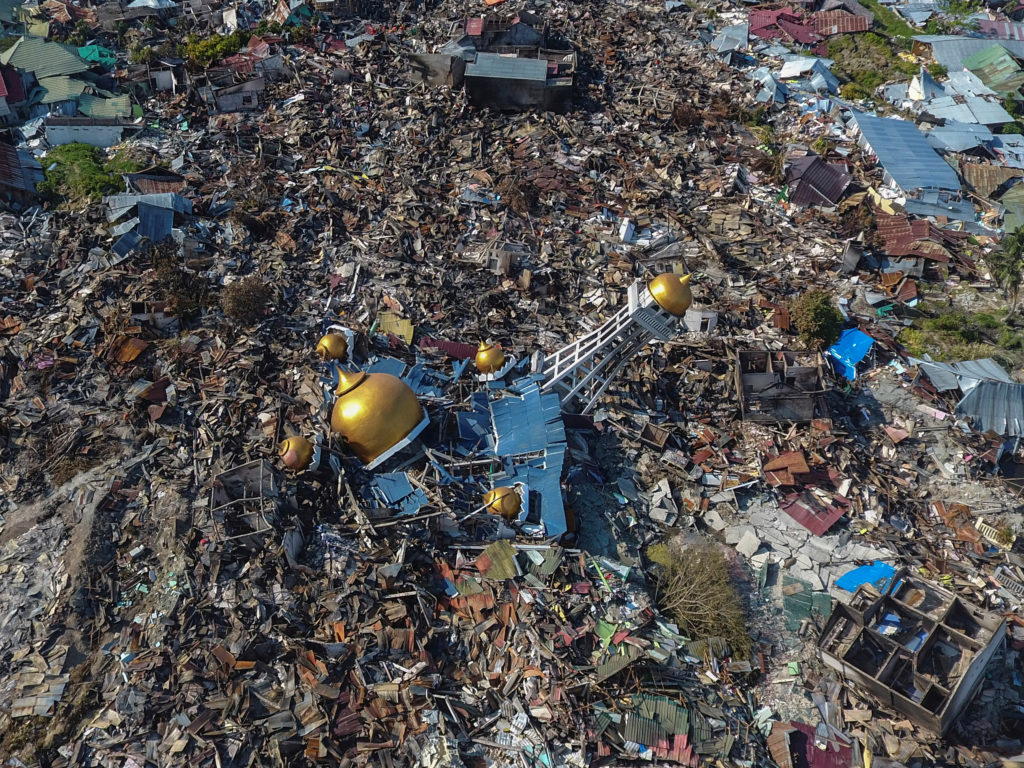 Search and rescue crews were looking for survivors several days after the earthquake and tsunami. Photo by Antara Foto/Hafidz Mubarak A/ via Reuters

“There are still hundreds of victims buried in mud,” said Sutopo Purwo Nugroho, spokesman for Indonesia’s National Agency for Disaster Management, according to the Associated Press.

Authorities said they have started to bury the dead in mass graves to prevent the spread of diseases. Volunteers were told to prepare for as many as 1,300 victims, Al Jazeera reported.

What are the major challenges?

Access to survivors is the biggest challenge, said Fajar Jasmin, senior communications manager at Save the Children in Indonesia. The seaports are destroyed and the airports are crammed with people trying to leave, he said.

The solution, then, is to drive supplies from the southern part of the island, but that could take at least 20 hours, said Margarettha Siregar, emergency response director for World Vision in Indonesia in Jakarta.

About 16,000 people lost their homes and are seeking help in about two dozen aid camps outside the city, Jasmin said. 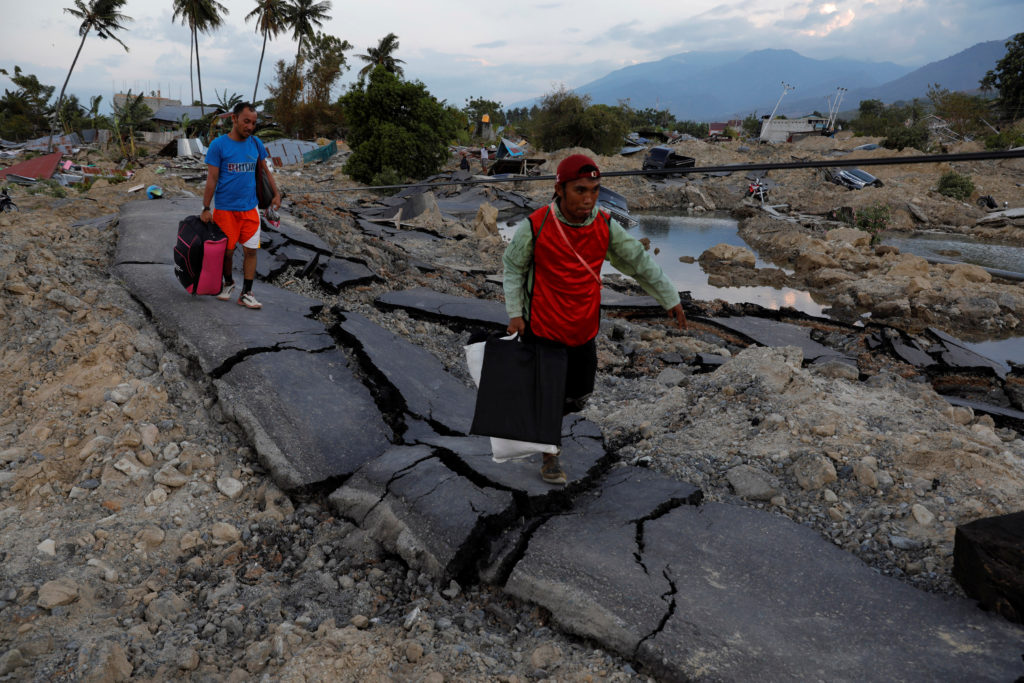 Residents carry their belongings on Oct. 1 after an earthquake Palu, Sulawesi Island, Indonesia on Friday. Photo by Beawiharta/Reuters

People are “very afraid” to return to their homes because they fear aftershocks, Siregar said.

Since the first few initial days of search and rescue have passed, aid agencies are now coordinating with the government to provide residents with food and hygiene kits, along with tarpaulins, blankets and mats for temporary shelters. Relief groups also plan to designate child-friendly places so children can continue their education and play.

“We want these activities to have as little disruption as possible,” Jasmin said. “It’s important that they see their life still go on.”

Several aid agencies are responding to the disaster, including:

Note: We have verified these organizations’ efforts to the best of our ability. If you aren’t sure about the legitimacy of a charitable organization visit Charity Navigator. The PBS NewsHour’s Dan Sagalyn and Layla Quran contributed to this report.