A move intended to strengthen the hand of British Prime Minister Theresa May backfired Thursday when her party lost seats in the UK Parliament.

May had called for the early elections in the hopes of gaining a larger majority and a stronger mandate when negotiating Britain’s exit from the European Union, known as Brexit. The negotiations are set to begin on June 19.

The results mean May will need to form a government even as Jeremy Corbyn, leader of the far-left Labor Party, called for her to resign. He tweeted a message to his followers, thanking them for their support:

As polls close, I'd like to say thank you to everyone who has voted for @UKLabour, for a fairer, better Britain, that works #ForTheMany. pic.twitter.com/SgTolSoM00

Corbyn’s Labor Party lobbied against Brexit but has indicated it will honor the results of the UK referendum to leave the EU.

Early polls showed May’s party with a comfortable lead, but the gap closed during the seven-week campaign. As election results became clear early Friday morning, May called for a “period of stability” during the country’s challenging times.

Those challenges include terrorism with recent attacks in Manchester and London prompting some polling stations to add armed guards. May said after the latest attacks that there was “far too much tolerance” for extremism in British society.

View more photos of the UK election below. 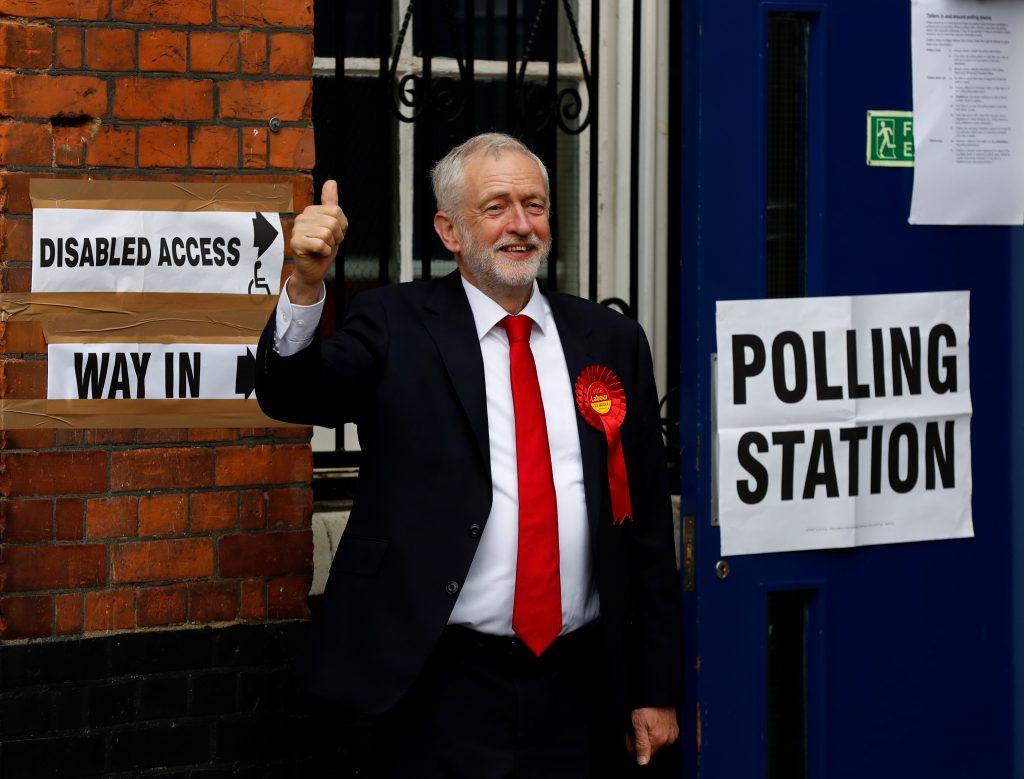 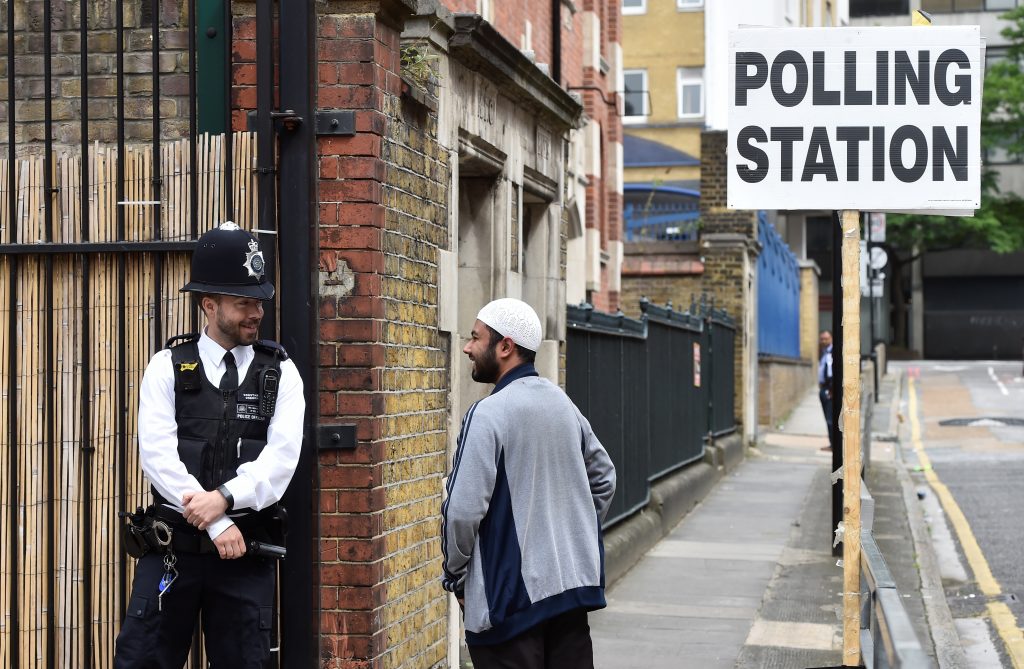 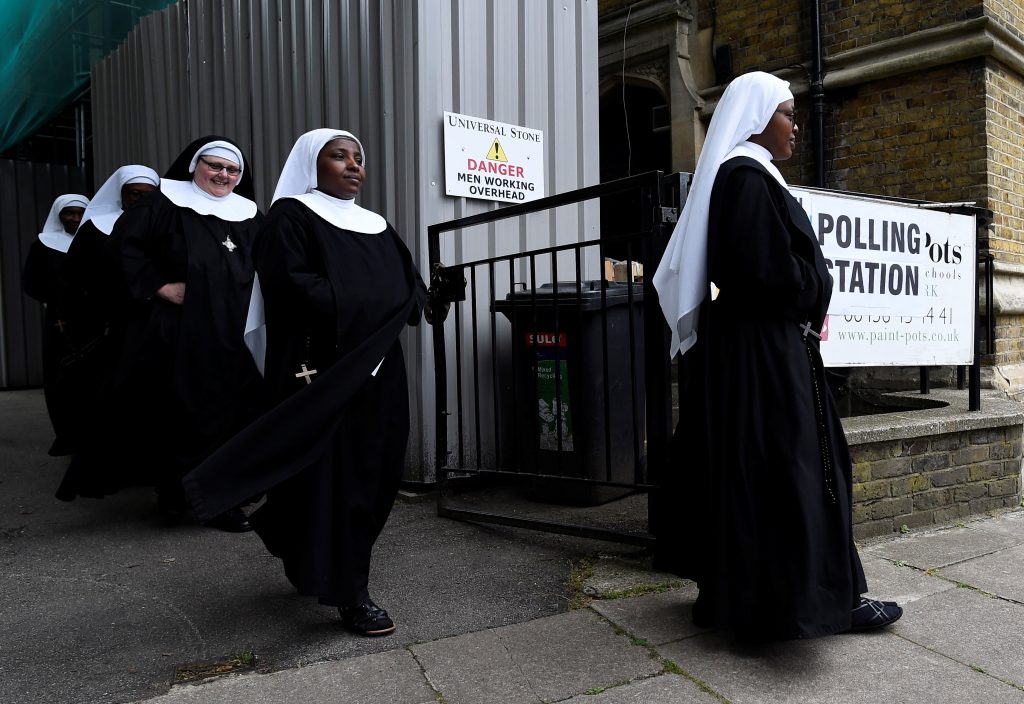 Nuns were among the voters in Britain’s early elections. Photo by Clodagh Kilcoyne/Reuters 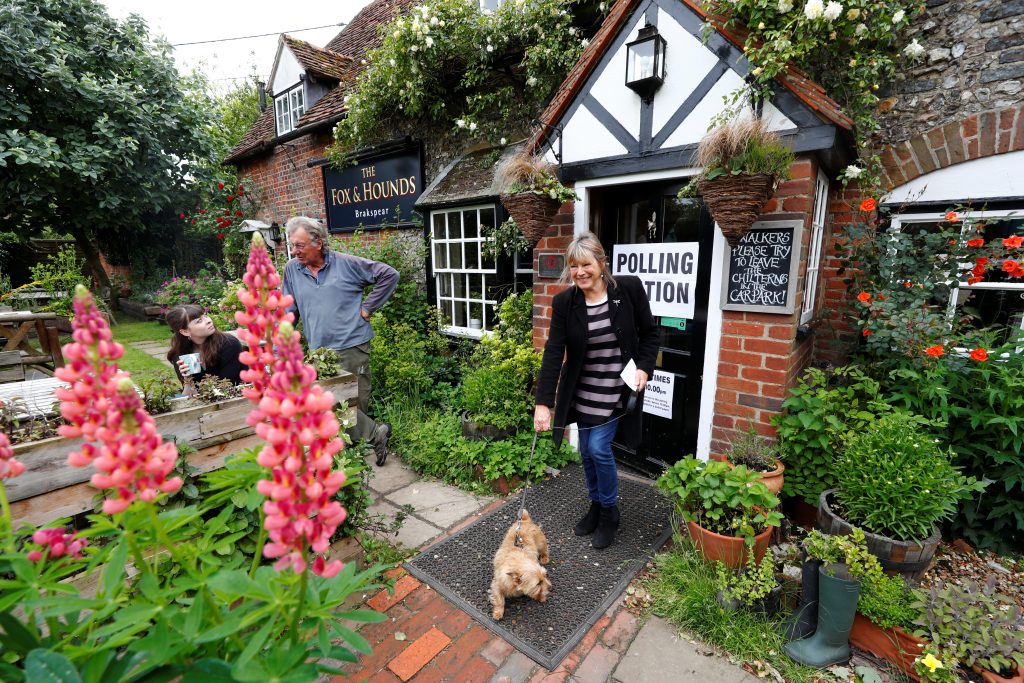 Polling stations were in community centers, schools and pubs. Photo by Eddie Keogh/Reuters 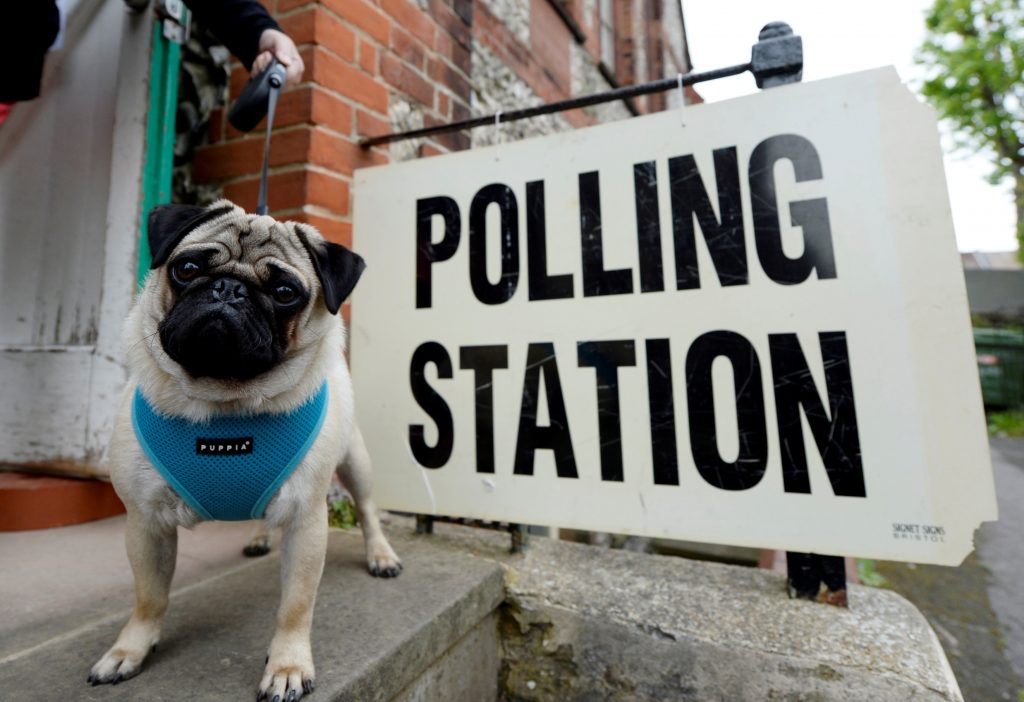 Some voters brought their furry friends. Photo by Adam Holt/Reuters