At its third anniversary, South Sudan works to show new brighter side

After gaining its independence three years ago, South Sudan got a rush of media attention. But the continued internal fighting has cast the nascent country in a harsh light. The women at the Roots Project are hoping their handiwork and cooperation will show a different, more promising side of South Sudan.

Anyieth D’Awol, a native of South Sudan, was working as a human rights officer for the U.N. mission in Sudan in the late 2000s when she realized they kept visiting the same people. Wouldn’t it be better to “do something practical, teach people to take care of themselves,” she wondered.

In 2009, D’Awol founded the Roots Project, which later became the Roots Project South Sudan once her country gained its independence from Sudan on July 9, 2011. The nonprofit, based in South Sudan’s capital Juba, brings together women of different tribes and communities to make and sell traditional crafts.

“We work under one building,” D’Awol said during a recent visit to Washington, D.C. “The idea is fostering unity and understanding, and just realizing the differences between us are not the beads or the languages. What we all need is the same thing: peace, prosperity, the ability to contribute to the nation and everyone being able to participate equally.”

When South Sudan voted to split from Sudan to the north in 2011, its challenges were just beginning. In addition to creating a new government and establishing public services, the new country became enmeshed in its own tribal and political conflict, which came to a head in mid-December.

Backers of either South Sudanese President Salva Kiir, of the Dinka ethnic group, or opposition leader Riek Machar, a Nuer, took up arms against each other. The two leaders have signed several ceasefires — the latest on May 9 — but scattered violence has continued. 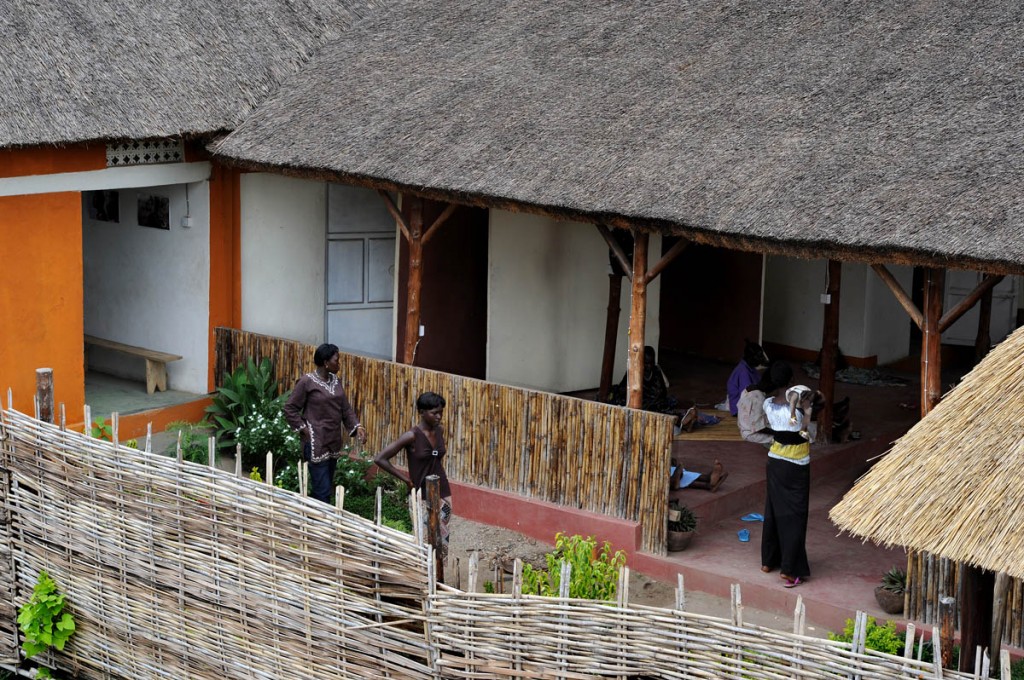 The Roots Center, built in 2010, contains a workshop, a room for literacy classes, and a shop where the crafts are sold. Photo courtesy of the Roots Project

D’Awol and the women who participate in the Roots Project confront this polarized environment every day. In the beginning, they had to overcome their own suspicions and prejudices. The early participants didn’t trust the organizers, partly because they were from different tribes, but also because they weren’t used to such projects lasting more than a few months, said D’Awol.

But once the women got to know each other and work together, the suspicions melted away and they were excited to see the skills the new recruits would bring, she said.

Some women came from South Sudan’s Disarmament, Demobilization and Reintegration program, including Mary Padar, who served as a cook in the army for 20 years. “She makes the Dinka corsets, and made one for the first time in over 20 years after joining the project,” D’Awol said.

Padar was sponsored by the Santa Fe International Folk Art Market as a master beader, and traveled to New Mexico to show her wares in the summer of 2012.

It was the first time anyone had represented all of the women from the Roots Project abroad. That event gave the women an occasion to talk about Padar’s role representing the group, and about their perceptions of each other. Some misconceptions about the various tribes came to light. Padar admitted to the others that when she first left the army and moved to Juba, she thought the Equatorians (Juba is in Central Equatoria, one of the three Equatorias) were going to poison her, said D’Awol.

“In response, one of the Equatorians stated, ‘well, we thought you Dinkas were going to beat us up!’ and everyone burst out laughing,” D’Awol said.

Many of the women who came to the program didn’t know how to read or write. “When we started requiring signatures for payment of salaries, I realized that many of the women never even held a pencil before,” said D’Awol. So the center started providing literacy classes. 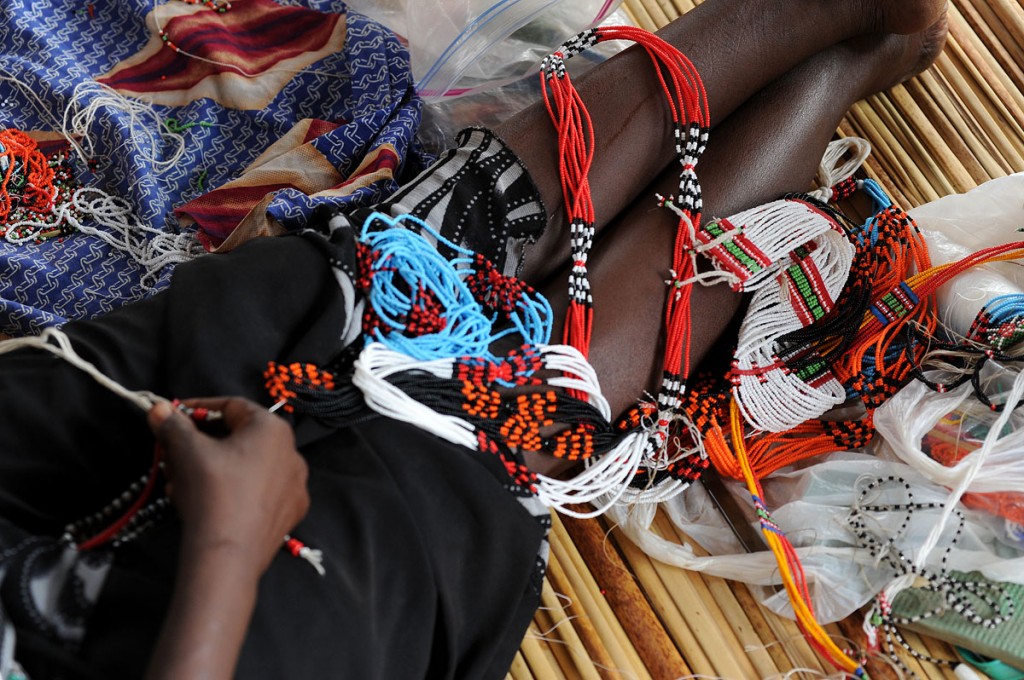 The crafts are sold at international folk art festivals to draw attention to the center in Juba. Photo courtesy of the Roots Project

Since joining the program, several of the women have been promoted to managerial posts, checking the quality of the work, selling the artwork at the center’s shop and at the airport, and representing the Roots Project in exhibitions around Juba, she said.

Now that the women are earning money, they can repair and upgrade their homes, replacing grass roofs with tin, for example, and buying generators for extra electricity.

In some cases, that’s all it took to convince reluctant husbands of the value of the women working. For others, it had the opposite effect. D’Awol learned that some of the women’s absences from the center were due to domestic abuse.

“We encouraged the women to bring their husbands to the center and see where they work to feel less threatened by the fact that their wives have somewhere to go. That also gave us an opportunity to talk to them,” she said.

Now that the women are more independent and have money, they can afford to take their husbands to court if necessary, or leave them and start a new life if they feel their situation is dire.

“The fact is many people in South Sudan are traumatized and may take it out on each other,” said D’Awol. “In some instances, we have seen that an improvement in the quality of life can reduce tension in the families.”

D’Awol said the center has started recruiting women affected by the latest conflict, including those who were displaced by the fighting in the cities of Malakal, Bor and Bentiu and are now living in U.N. camps.

“We will work with them on beadwork as well as other crafts to promote cultural diversity and be proud of our various ethnicities, and find our strength in it.”

Left: The Roots Project South Sudan brings together women of different tribes and communities to make beaded jewelry and ornaments.