PANMUNJOM, Korean border | Although it stands for the “demilitarized zone,” the DMZ is the most militarized border in the world, U.S. Army Col. Kurt Taylor told us during our recent tour of the buffer zone separating North and South Korea.

The 2.5-mile strip of land (and in some places water) crosses the 38th parallel and cuts the Korean peninsula in half. North and South Korean soldiers stand at attention on either side, facing — and sometimes filming — each other and, as we soon discovered, visitors. 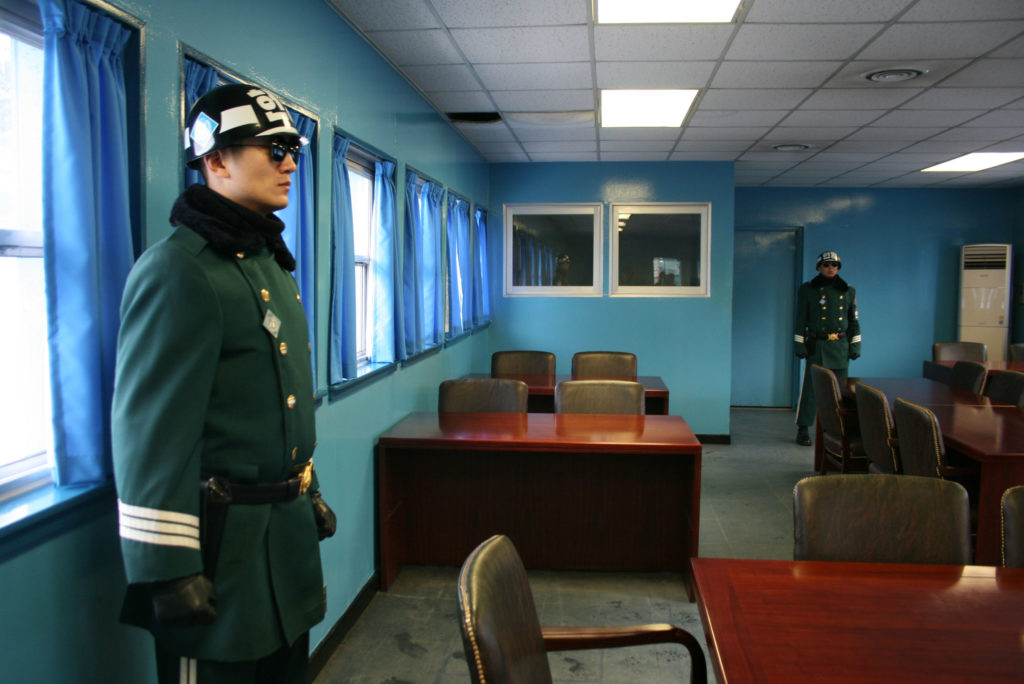 Conference Row, which straddles the demarcation line, is where delegates on either side meet to try to address breaches of the armistice agreement. Taylor said the two sides have a custom since 1953 of greeting each member of the other’s team before each meeting. “It’s important that there be trust and confidence that the person on the other side of the table what he says is what he means,” said Taylor. 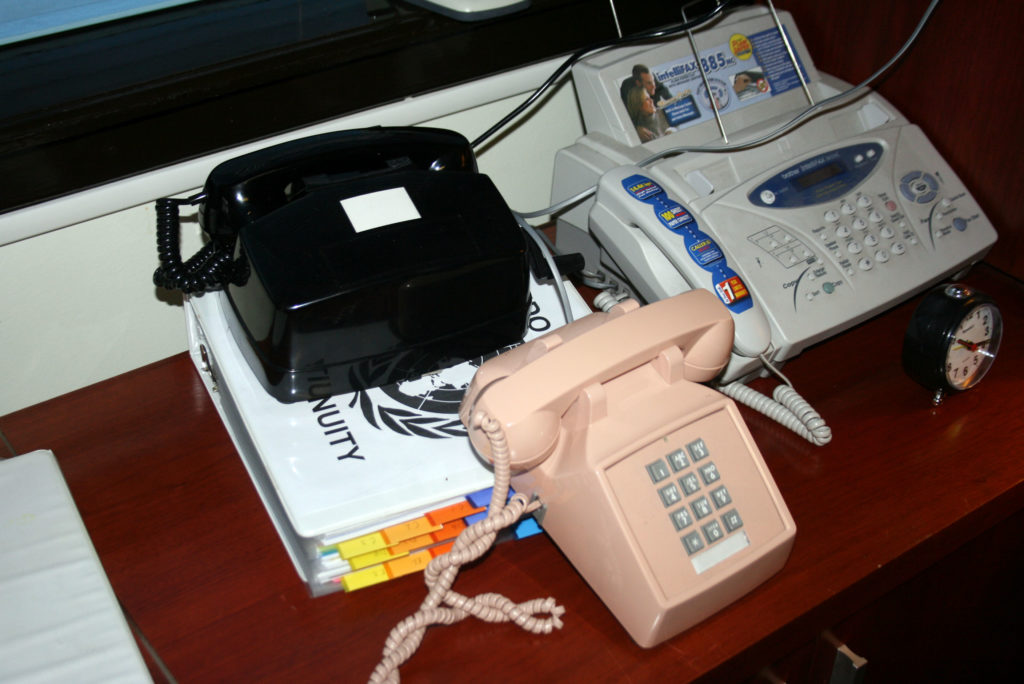 Phones used to contact North Koreans on the South Korean side of the Demilitarized Zone. Photo by Larisa Epatko

Further down the road, a stone marker and layers of barbed wire line the southern barrier fence. 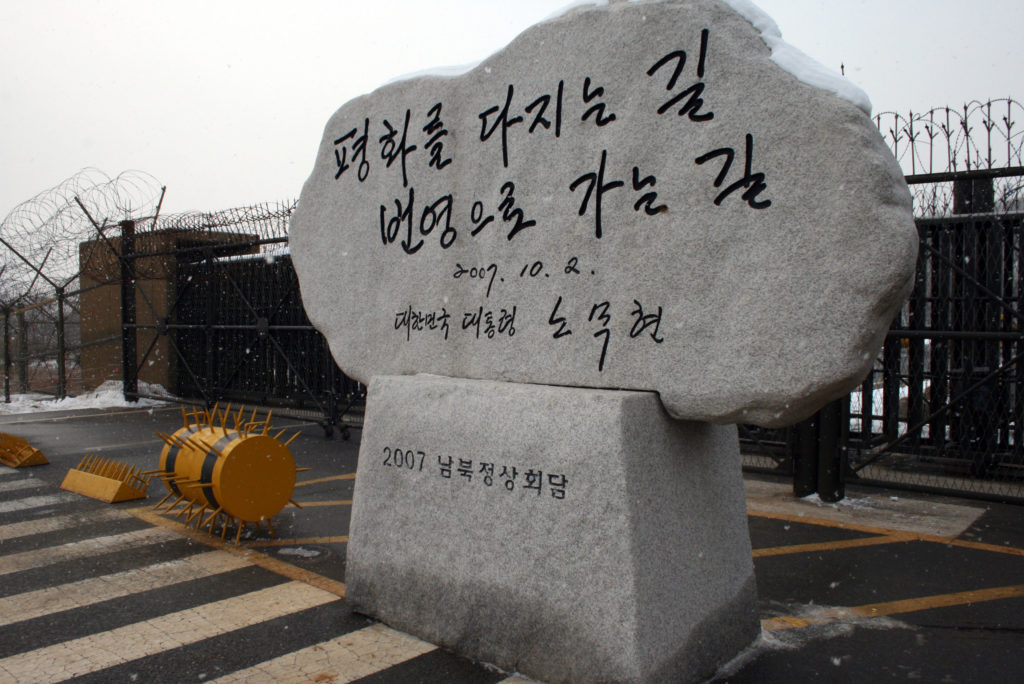 Stone marker and barricades at the Demilitarized Zone. Photo by Larisa Epatko

On Monday’s NewsHour, we’ll air a report on the heightened tensions on the Korean peninsula. See more photos from the trip.

Left: South Koreans on guard duty at the Demilitarized Zone on the border with North Korea. Photo by Larisa Epatko