SEOUL, South Korea | Many consider the sinking of the South Korean Navy ship Cheonan on March 26, 2010 as the start of the latest bout of North-South agitation, which has been smoldering ever since.

North Korea denied involvement in the incident, which took place in disputed waters of the Yellow Sea and left 46 sailors either dead or missing. But a two-month, multinational investigation into what caused the ship to split in two pointed to a torpedo launched by a North Korean submarine. (Read the full report [PDF].)

Now, the ship is in drydock at South Korea’s 2nd Fleet headquarters in Pyeongtaek, about 45 miles south of Seoul. We visited the remnants of the ship during our trip to South Korea. 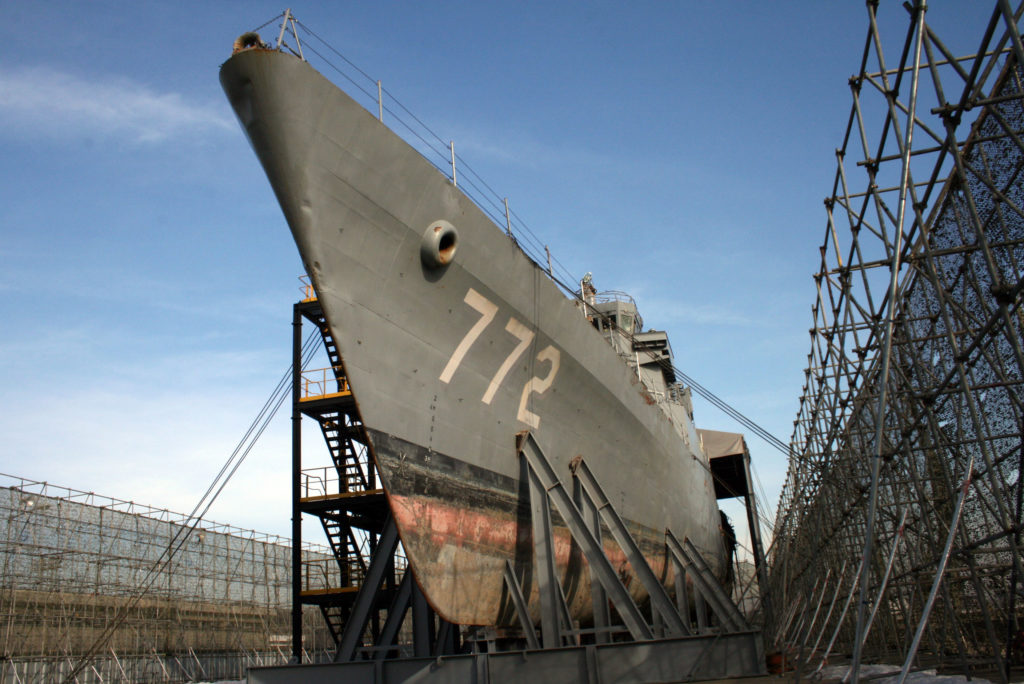 The Cheonan ship is in drydock at South Korea’s 2nd Fleet headquarters in Pyeongtaek. Photo by Larisa Epatko/PBS NewsHour

Map of Cheonan sinking and location of the Northern Limit Line in the Yellow (West) Sea, which is contested by North Koreans: 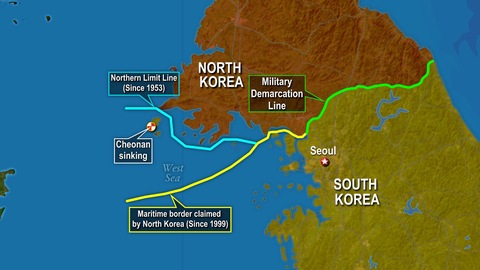 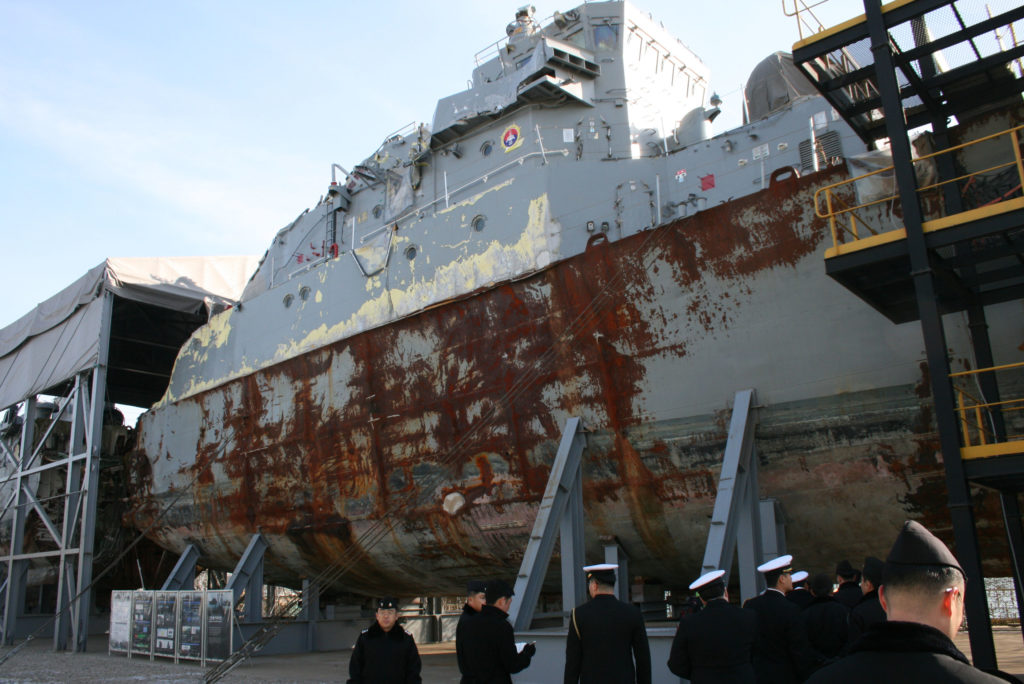 North Korea denies a torpedo from one of its submarines sunk the Cheonan. Photo by Larisa Epatko/PBS NewsHour

Left: The South Korean Navy ship Cheonan was put in dry dock in Pyeongtaek after a missile sliced through it on March 26, 2010. Photo by Larisa Epatko