The air pollution has gotten so bad in Delhi, India, that authorities have advised people with breathing problems to stay inside and closed 6,000 schools for most of the week.

Over the last 48 hours, pollution readings in the city of 19 million have hovered around or exceeded 500 on the city’s air quality index — that’s 12 times the health limit set by the World Health Organization. (You can monitor Delhi’s air quality in real-time here.)

“The air quality in Delhi is deteriorating. We cannot compromise with the health of children at this stage,” Deputy Chief Minister Manish Sisodia said, according to a Reuters report. 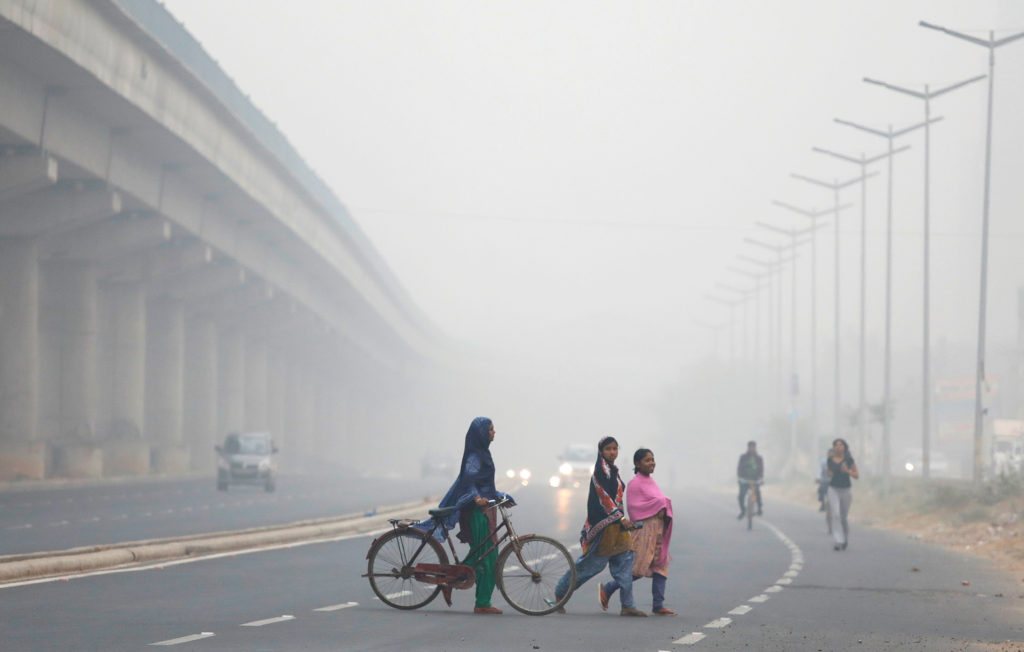 Pollution readings in Delhi hit the most severe level on the government’s air quality index this week. Photo by Saumya Khandelwal/Reuters

The thick smog in Delhi comes from a combination of factors, including farmers burning crop debris in nearby fields, vehicle emissions, and the burning of coal and trash.

Arvind Kejriwal, the chief minister of Delhi, tweeted that during this time of year, Delhi “becomes a gas chamber”:

All of us together have to find a soln to this. Every year, during this time of the year, Del becomes a gas chamber for almost a month https://t.co/4YrA3HZG98

The Indian Medical Association is urging the Delhi government to declare a public health emergency and take immediate action, such as temporarily banning cars, to address the problem.

Left: A schoolboy covers his face with a handkerchief as he waits for a bus on a smoggy morning in New Delhi, India, on Nov. 8. Photo by Saumya Khandelwal/Reuters