In Vietnam, learning to embrace life with HIV

She and her husband have it, but their two children do not. “Some of us unfortunately contracted the disease from our husbands, but we are still normal people, we still live healthily and we can do a lot of things which some healthy people may not even know how to do,” she said recently through a translator.

In 2010, she joined a network called Sunflower aimed at helping HIV-positive women get medical treatment and social support.

Lu lives in the mountainous province of Dien Bien Phu, where the prevalence of HIV/AIDS is higher than in other parts of the country (about 2 percent of the population, compared to 0.45 percent in all of Vietnam). Workers there who travel to other areas for jobs sometimes inject heroin, contract the virus through used needles, and then spread it to their spouses and sexual partners.

HIV/AIDS is one of Vietnam’s largest health issues. In the country of 93 million, an estimated 250,000 people are living with HIV and about 67,000 of them are women, according to UNAIDS which receives its data from the Vietnamese Ministry of Health.

The Sunflower group’s members, who all have HIV, work to educate the public about preventing infection and to dispel the notion held by some that the virus is connected to “social evil.”

At first, Lu said she avoided public places for fear that she would run into her doctors, and her condition would become known.

“But when I joined the group, I became much more confident and shared my information with people,” she said before one of their twice-monthly meetings. “I joined singing groups and talk about my own experiences as well. I’m no longer afraid.” She’s now a core member, which means she helps run their operations. 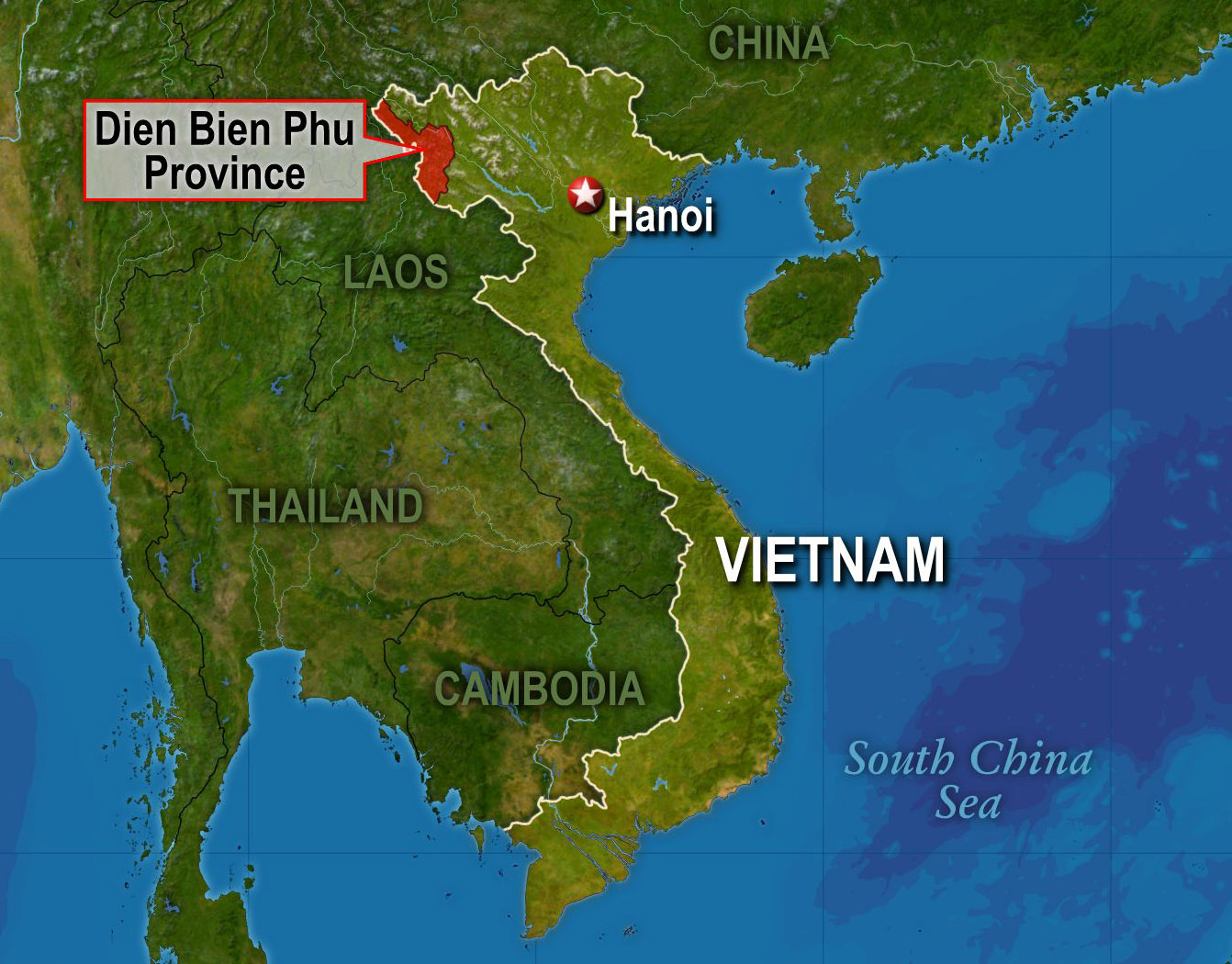 The Sunflower group started in 2004 in Vietnam’s capital Hanoi with the intention of helping educate HIV-positive women, if pregnant, about medicine available to them to help prevent the transmission of the virus to their child. It was established by the Medical Committee Netherlands – Vietnam and funded by the Netherlands government.

After the pilot project showed success in reducing mother-to-child transmission, the program expanded to other locations, including remote communities like Dien Bien, and expanded its mission to help provide small loans to the women, scholarships to educate their children, and community events to tackle the stigma associated with HIV.

In 2012, the Dutch organization turned over the administration of the Sunflower group to the Vietnamese, and it continues to grow.

Dien Bien’s chapter went from 50 founding members to 120 members. They go directly to hospitals and other medical facilities, and even people’s homes to comfort women newly infected with HIV and to tell them about the help the network can provide, not just for them but for their families.

The group has a revolving fund to provide year-long loans to the women, at low interest rates, so they can start businesses such as raising chickens, ducks or pigs. 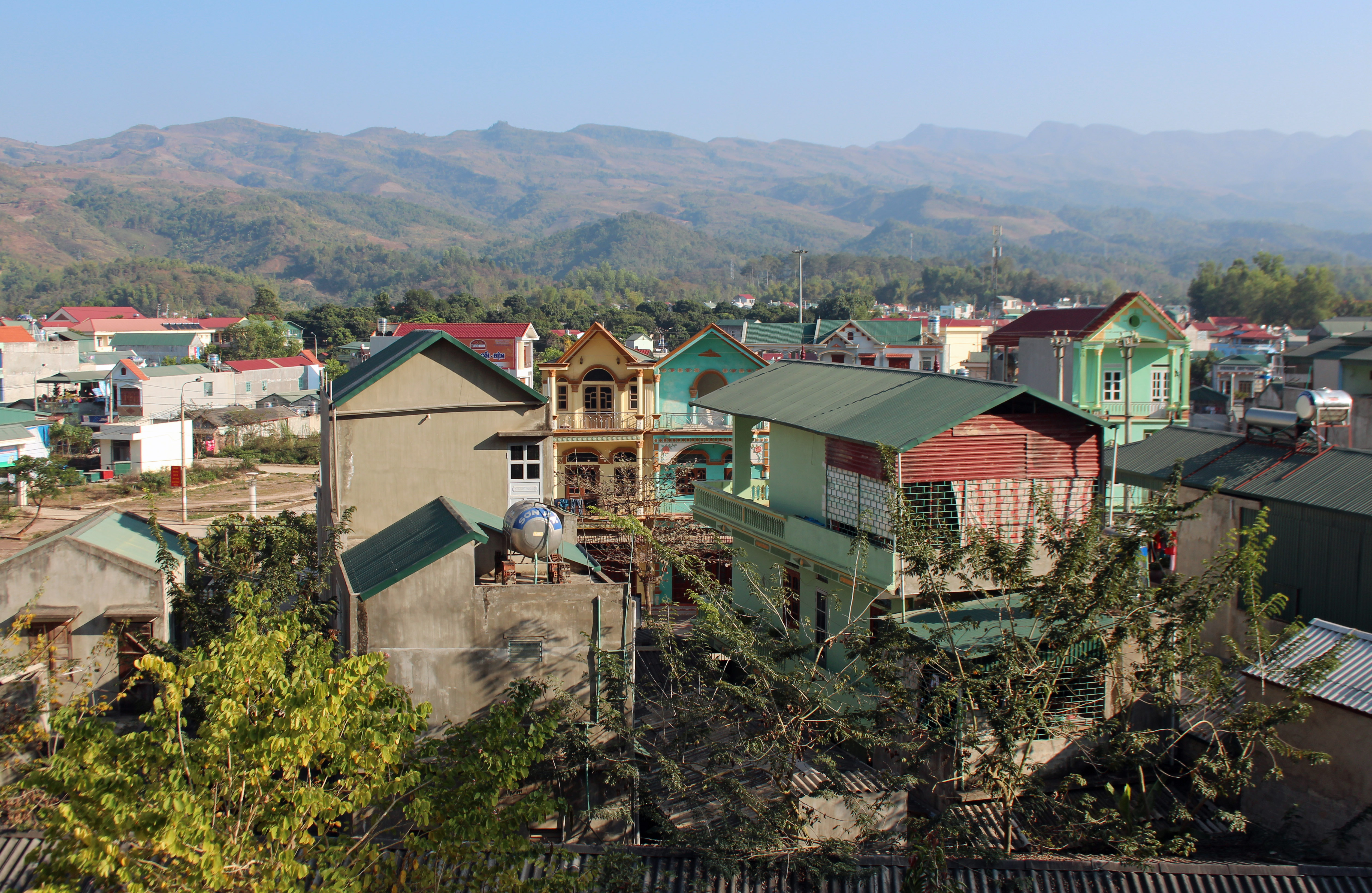 The northwestern mountainous region of Dien Bien in Vietnam has a population of about 526,000 of which about 80 percent are ethnic minorities. Photo by Larisa Epatko/PBS NewsHour

The Sunflower network now covers 13 provinces and has specific groups to help grandparents care for their grandchildren, whose parents have died from HIV, and to encourage female sex workers to get voluntarily tested and counseled.

“We are like the sunflowers, which are always turning toward the sun,” said Lu. “We want to be more confident about ourselves and embrace life.”

This report was produced from a trip to Vietnam arranged by the United Nations Foundation. View all of our Social Entrepreneurship profiles and tweet us your suggestions for more groups to cover.

Left: Lu Thi Thanh (middle, blue coat) is one of the core members of the Sunflower support group for women with HIV in Vietnam. Photo by Larisa Epatko/PBS NewsHour