What could really happen at the Trump-Kim summit?

President Donald Trump’s on-again, off-again meeting with North Korean leader Kim Jong Un is back on again and set for Tuesday in Singapore.

They will meet on the resort island of Sentosa, which is “conveniently isolated” from the rest of the Southeast Asian country of 5.9 million, noted Sung-Yoon Lee, professor of Korean studies at the Fletcher School at Tufts University. The site “affords added security and, from the Singaporean, U.S., and North Korean government perspective, has the added benefit of better muzzling protesters and human rights activists,” he said.

It also has a golf course for any free time the leaders might have. 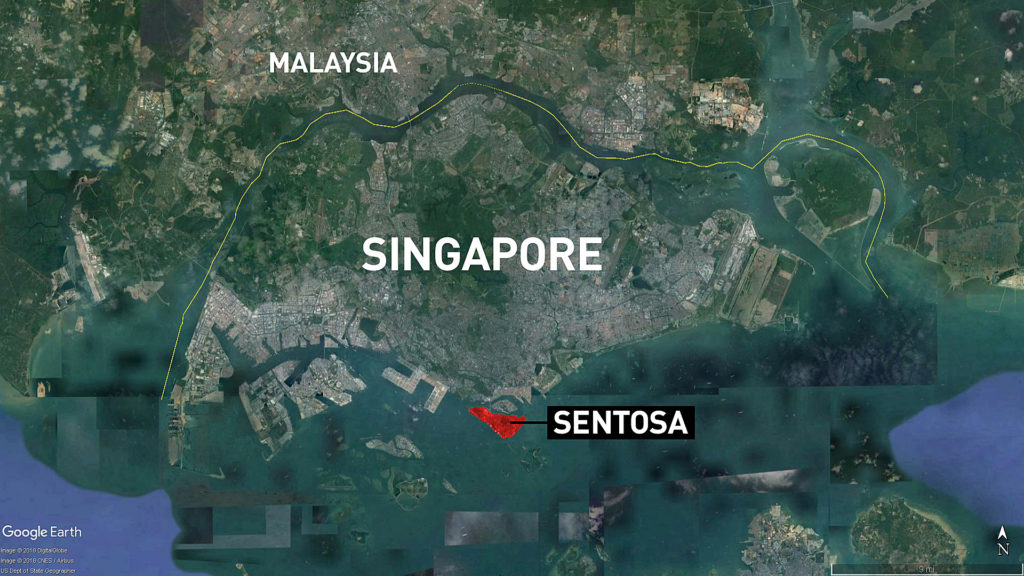 What can we expect from the summit?

The meeting is slated to begin at 9 a.m. local time on Tuesday, when President Trump hopes to persuade Kim to give up his nuclear weapons program in exchange for the lifting of U.S. economic sanctions.

Jenny Town, research analyst at the Stimson Center and managing editor of 38 North, said she expects to see at least some clarification of what the negotiated end goal is and sense of time frame for trying to achieve it.

In addition, the two leaders likely will establish some of the essential matters that they want to address under an agreement and a commitment to the negotiating process. “I wouldn’t be surprised either if they come away with a big gesture of sorts to kick-start the process,” she said. 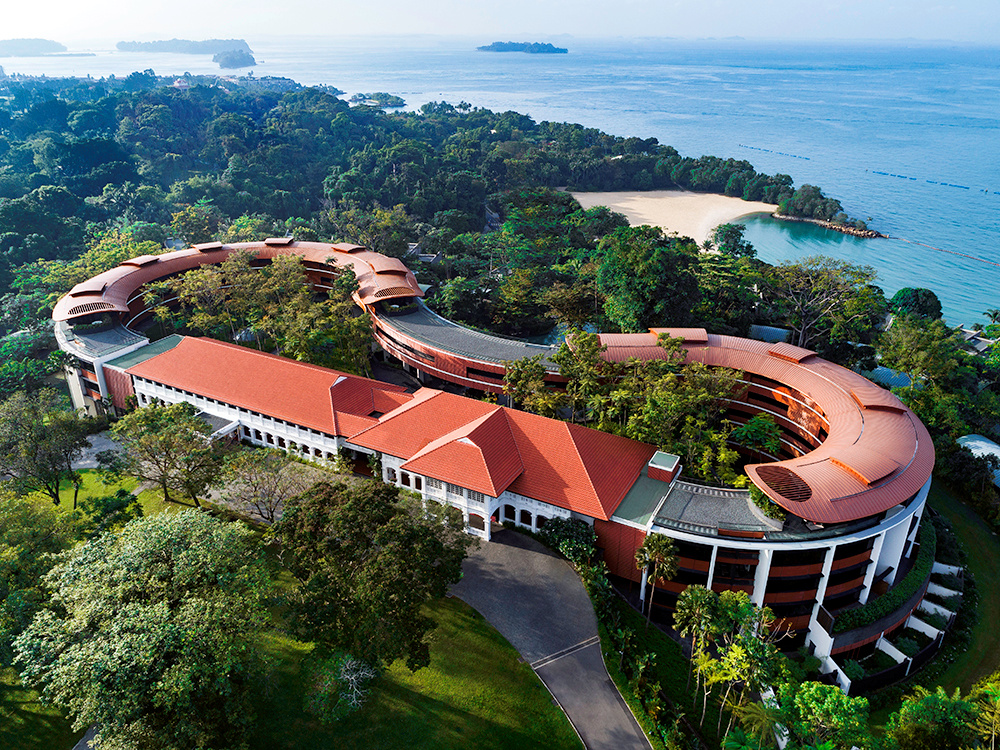 The Capella Hotel is the venue for the June 12 summit between U.S. President Donald Trump and North Korean leader Kim Jong Un, on Singapore’s resort island of Sentosa. Photo by Capella Singapore/Handout via Reuters

Is Libya the right model for North Korea denuclearization?

Trump administration officials have cited Libya as a possible model for denuclearizing the Korean Peninsula. In 2003, Libya agreed to give up its nuclear, chemical, biological and missile programs to restore its standing in the international community and get sanctions relief.

However, the mention of Libya – first by U.S. national security adviser John Bolton and again by Vice President Mike Pence – nearly derailed Trump’s historic meeting with Kim. Libyan leader Muammar Gaddafi was later driven out of power and killed in 2011 during the Arab Spring revolution, a fate not lost on the North Koreans.

What Bolton meant by the Libya model was that the “U.S. seeks Pyongyang’s quick, front-loaded dismantlement and shipment overseas of its nuclear apparatuses, as Libya did in the early 2000s,” said Lee. But Lee and the other analysts pointed out that Libya hadn’t developed nuclear weapons nor intercontinental ballistic missiles (ICBMs), and North Korea has both. Pyongyang’s ICBMs have the range to hit the U.S. 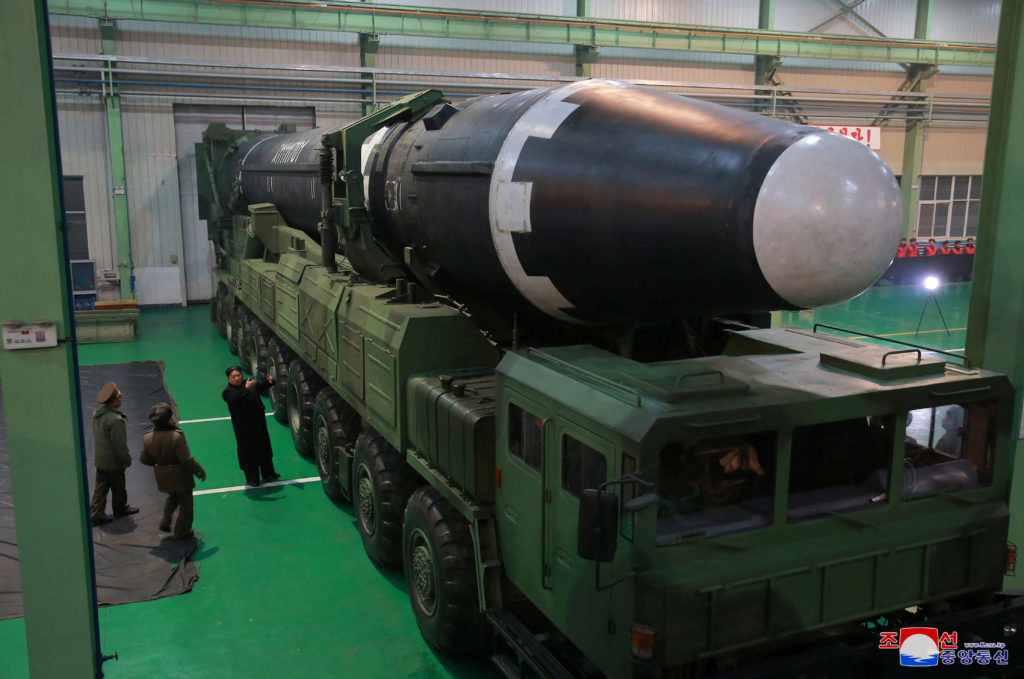 North Korea objects to the notion that it should give up its program up front and quickly with little concessions from the U.S. side, said Frank Aum, senior expert on North Korea at the U.S. Institute of Peace. “Instead, they expect a ‘progressive and synchronous’ process where both sides make equivalent concessions over a longer, phased timeline.”

Trump seemed to support the notion of a longer process when he told North Korean official Kim Yong Chol at the White House last week, “Take your time.”

“The task of completely and verifiably eliminating the DPRK’s nuclear and missile capabilities in a matter of a year or two is simply not feasible.”

If it were a protracted process, Trump would stop enforcing sanctions against Pyongyang, and South Korea and China would return to unconditional subsidization of the Kim regime, Lee said. “All will be quiet for a few months, until Kim rolls out his own perfected nuclear posture review,” he added.

North Korea’s secrecy would make it difficult to end its nuclear program quickly, said Robert Einhorn, senior fellow at the Brookings Institution. North Korea “has numerous facilities involved in the development, production, and testing of nuclear weapons and missiles, some of them located at the known nuclear complex at Yongbyon, but many located at undeclared sites elsewhere in the DPRK. Given the size of the North Korean program and the secrecy in which it is shrouded, the task of completely and verifiably eliminating the DPRK’s nuclear and missile capabilities in a matter of a year or two is simply not feasible.”

Should the agreement be binding?

One of the questions leading into the summit is whether any resulting agreement would be at the treaty level, requiring Senate ratification.

Congress could either help give the negotiated agreement more heft by ratifying it, or completely undermine the deal for either political or substantive reasons, Town said. “It’s a big gamble and I’m not sure I have a good answer for what is best. What I do think, however, is that there will have to be major outreach to Congress to get their buy in for whatever the negotiated result is,” she said.

Given the current state of extreme partisan politics, and the apparent lack of consultation between Congress and the administration on the negotiations, there surely will be critics whatever the outcome is, she added. 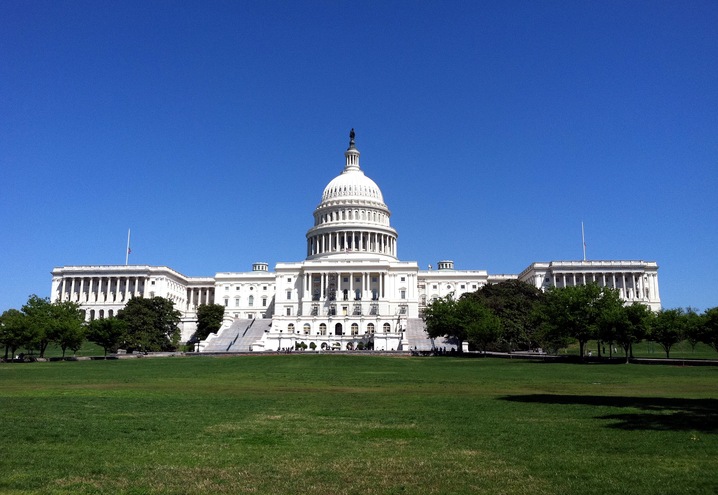 Having a Senate-approved treaty would make the agreement binding on the United States beyond the current administration, Aum said. The Iran nuclear deal, on the other hand, was an executive agreement negotiated under the Obama administration. Trump withdrew from it last month.

“This being said, a treaty is not ironclad and usually contains clauses that allow each side to withdraw from the treaty,” Aum said. “Overall, I think any agreement should require Senate approval because this gives the agreement greater domestic legitimacy as well as greater assurance to North Korea that the United States will keep its treaty commitments as long as the treaty remains valid.”

Lee predicted that Trump will agree to an open-ended statement that will fall short of a treaty requiring Senate ratification. “At the same time, Trump, by having signed or agreed to it himself, will become a captive of the agreement, and will find it politically difficult to scuttle the deal. Thus, like his predecessors, Trump will be played by Pyongyang, as Kim demurs, defies, and blatantly violates the terms of the agreement and continues to march down his nuclear path.”