A panel of health experts recommended a top-to-bottom restructuring of the World Health Organization on Tuesday in light of its failure to quickly respond to the Ebola crisis.

The WHO commissioned an independent panel of health specialists in March to study its response to the Ebola outbreak that struck primarily in West Africa. In its final report, the panel said the U.N. agency lacked the funding and organizational capacity to immediately respond to health emergencies.

“The world simply cannot afford another period of inaction until the next health crisis,” said the panel, led by Barbara Stocking, former chief executive of relief agency Oxfam.

“WHO is already moving forward on some of the panel’s recommendations including the development of the global health emergency workforce and the contingency fund to ensure the necessary resources are available to mount an initial response,” according to a statement from the organization.

The final recommendations are:

1. The WHO should come up with a plan, with related costs, for countries to develop ways to prevent, control and respond to the spread of disease as required under the International Health Regulations (2005).

2. All levels of WHO “should be strengthened” in order to identify health risks and declare health emergencies.

3. The International Health Regulations’ (2005) Review Committee for Ebola should look into incentives, including special financing, to have countries notify the WHO of public health risks.

4. The Review Committee for Ebola should consider disincentives for countries that impose restrictions on traffic and trade, such as travel bans, that go beyond what the WHO recommends.

5. The Review Committee for Ebola should consider an intermediate level response that would trigger a worldwide alert during the earlier stages of a health crisis (instead of waiting to declare a full Public Health Emergency of International Concern).

6. The U.N. Secretary-General’s High-Level Panel on the Global Response to Health Crises should put health issues at the center of the global security agenda and identify procedures to take serious health matters to the U.N. Security Council. 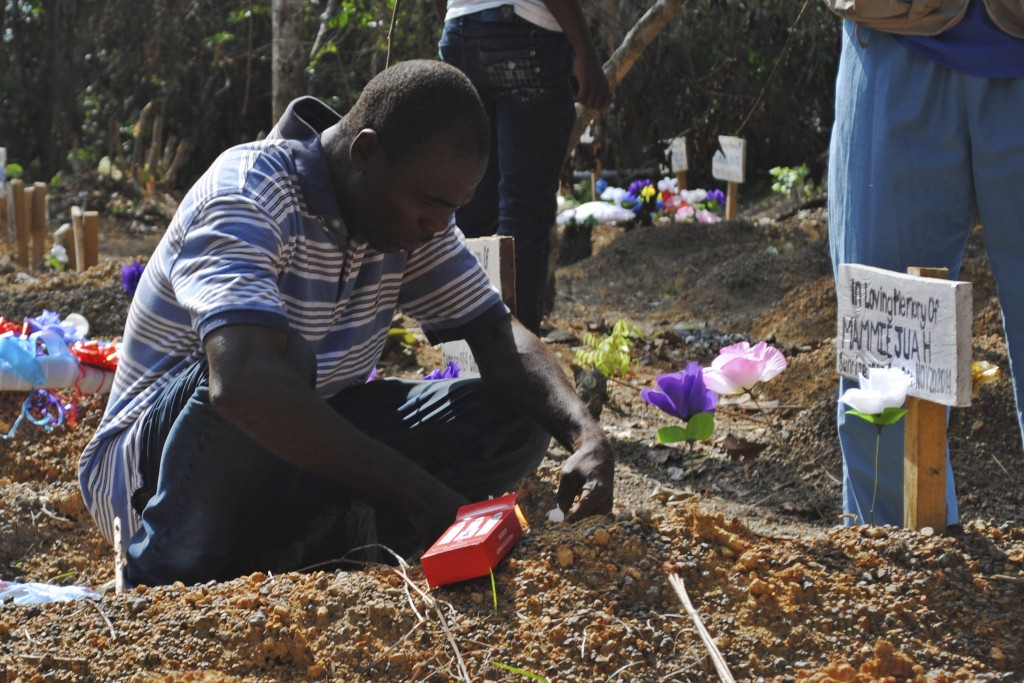 Survivor of the Ebola virus Stanley Juah visits his son’s grave at a cemetery for victims of Ebola in Suakoko, Liberia on March 11. Photo by James Giahyue/Reuters

7. The WHO has no core funds for emergency response, the panel said. So the United Nations’ member states should think about increasing contributions based on countries’ ability to pay by 5 percent.

9. The WHO “should be made fit for health emergency response” with member states’ support and resources.

10. The WHO “must develop an organizational culture that accepts its role in emergency preparedness and response.”

11. The WHO should establish a Center for Emergency Preparedness and Response to develop a new organizational structure and procedures.

12. The WHO director-general should create a board to oversee the center.

13. The WHO must “adopt a new approach to staffing in country offices” that takes more fully into account the conditions of each country. The WHO country representative should have an independent voice and be assured of the full support of the regional director and director-general, if challenged by the country’s government.

14. The WHO “must reestablish itself as the authoritative body communicating on health emergencies” and fulfill its role.

15. The WHO and its partners must ensure community engagement in health emergencies.

16. The WHO should play a central role in research and development efforts for future emergencies, including developing vaccines.

17. The WHO should “maintain high alert levels” in the current Ebola crisis, because it’s not over yet. 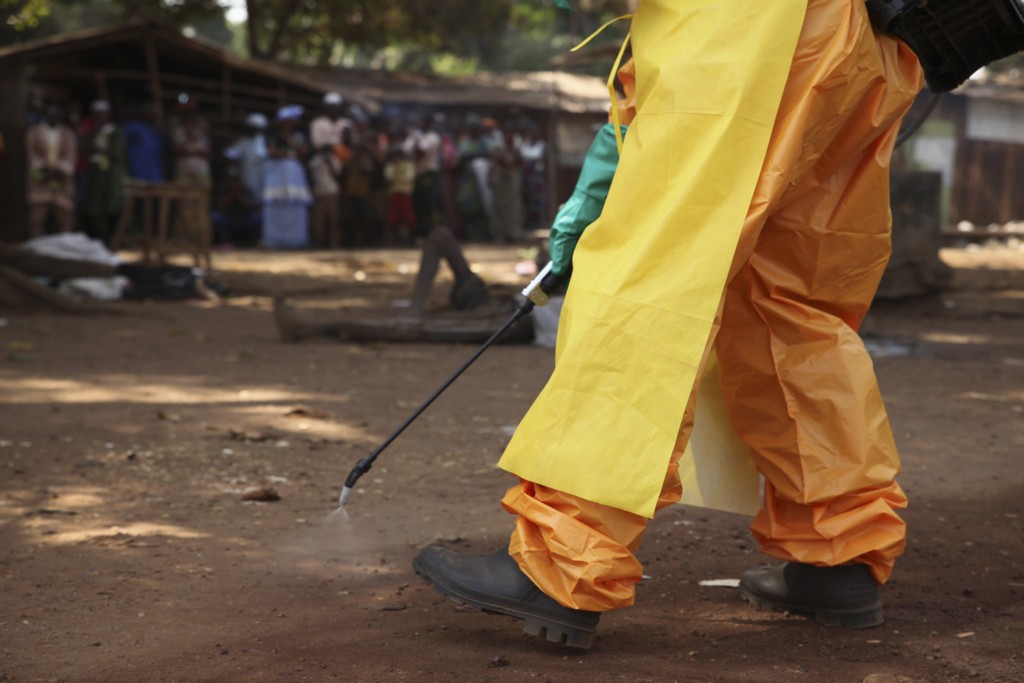 A member of the French Red Cross disinfects the area around a person suspected of carrying the Ebola virus in Forecariah in southwestern Guinea on Jan. 30. Photo by Misha Hussain/Reuters

18. The WHO should consider how to coordinate its own emergency grades and alerts to improve interagency coordination.

19. The WHO “should ensure that its staff and stand-by partners have a better understanding of the humanitarian system.”

20. The U.N. Secretary-General’s High-Level Panel on the Global Response to Health Crises should inform the greater United Nations system about the nature of health risks and the implications of declaring a full-on public health emergency.

21. The U.N. Secretary-General should consider appointing a special representative when a health crisis escalates to a high-level global threat.

The same panel of health specialists released a preliminary report in May that said the world body was “slow” in its response to the Ebola outbreak.

The panel said in both reports that the WHO should continue to coordinate the international response to health emergencies because it would only complicate matters to put another entity in charge.

The WHO has issued its own annual strategic plans (2014 and 2015) to battle Ebola, which include the objectives of stopping the transmission of the disease, preventing new outbreaks, reactivating essential health services, accelerating Ebola research and development, and coordinating the national and international Ebola responses.

The agency said the Ebola outbreak was “unprecedented in its scale, severity and complexity” and despite the progress made, “there is still a considerable effort required” to halt the virus.

“This is the largest emergency operation the organization has ever undertaken,” the WHO said.

Left: The blood of a survivor of the Ebola virus is drawn as part of a study launched at Liberia's John F. Kennedy Hospital in Monrovia, Liberia on June 17. Photo by Reuters stringer