Millions of cases of the Zika virus, with its potential to cause deformities in newborns, might come to the Americas over the next year, World Health Organization officials said Thursday.

“The level of alarm is extremely high,” said WHO Director-General Margaret Chan on Thursday. “Last year, the virus was detected in the Americas, where it is now spreading explosively.”

WHO has called an emergency committee meeting for Monday in Geneva, Switzerland, to come up with health guidelines and a coordinated action plan.

Health officials said Thursday in a conference call with reporters that they don’t have exact numbers related to Zika, but based on the spread of a similar mosquito-borne disease Dengue Fever, there could be 3 million to 4 million cases of the Zika virus, either detected or undetected, in the Americas over a one-year span.

The speed of the virus’ spread could be caused by a population without immunity to the disease and the potential vast area of the spread from the southern United States to northern Argentina.

The virus is spread by Aedes aegypti mosquitoes, which typically live in tropical and subtropical regions in the world. They also are known to spread dengue fever, chikungunya and yellow fever.

The Zika virus can cause fever, rash, joint pain or red eyes. Rarely, is hospitalization needed, and carriers often don’t feel any symptoms. 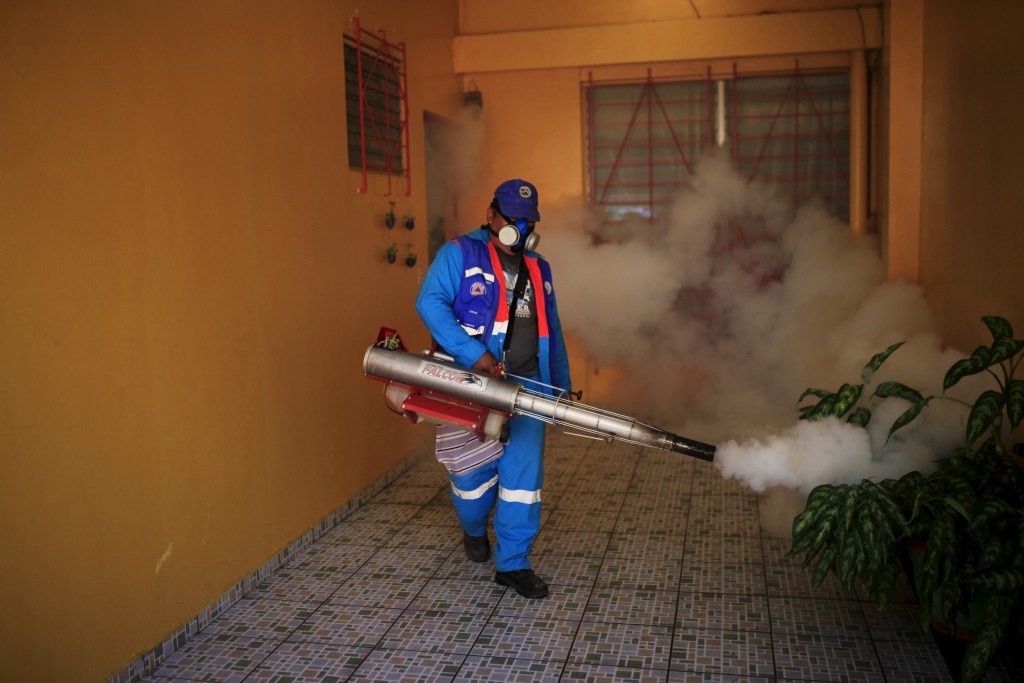 City workers fumigate the Centro America neighborhood of San Salvador, El Salvador, as part of preventive measures against the Zika virus and other mosquito-borne diseases on Jan. 27. Photo by Jose Cabezas/Reuters

The Zika virus was first discovered in 1947 in the Zika forest of Uganda, Chan said. It mostly affected monkeys and sometimes humans. The mild symptoms did not cause alarm.

But lately, with the unexplained outbreak of babies in Brazil with microcephaly, which causes birth defects of an unusually small brain and head, the virus came to the attention of health workers as a possible cause.

“The possible links, only recently suspected, have rapidly changed the risk profile of Zika from a mild threat to one of alarming proportions,” said Chan.

The lack of immunity and the absence of a vaccine make it even more alarming, she said.

The U.S. government has begun researching a possible vaccine, but it could take years to develop. 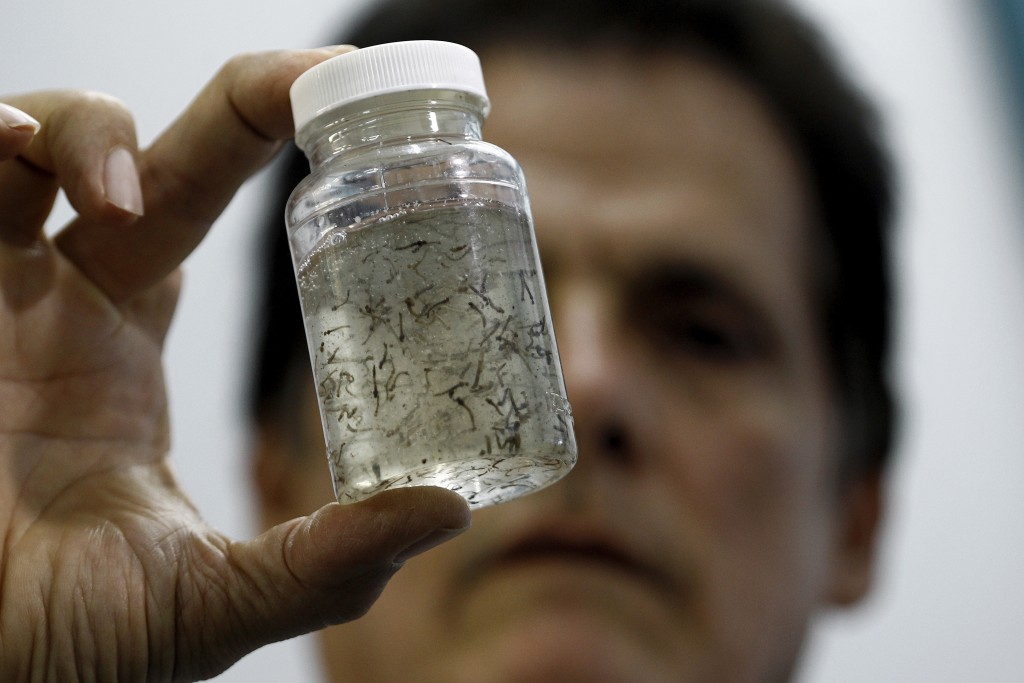 Health technician Willian Araya shows the cultivated Aedes aegypti mosquito larvae at a laboratory in Ministry of Health in San Jose, Costa Rica on Jan. 27. The Health Ministry confirmed on Tuesday, the first case of the Zika virus in the country, according to local media. Photo by Juan Carlos Ulate/Reuters

For the time being, the Centers for Disease Control and Prevention, or CDC, has cautioned pregnant women from traveling to Zika-affected areas.

The CDC and WHO have more information about the virus on their websites.

Left: Geovane Silva holds his son Gustavo Henrique, who has microcephaly, at the Oswaldo Cruz Hospital in Recife, Brazil, on Jan. 26. Health authorities in Brazil at the center of a rapidly spreading Zika outbreak have been overwhelmed by the alarming surge in cases of babies born with microcephaly, a neurological disorder associated to the mosquito-borne virus. Photo by Ueslei Marcelino/Reuters