Who are the three Americans just released by North Korea?

I am pleased to inform you that Secretary of State Mike Pompeo is in the air and on his way back from North Korea with the 3 wonderful gentlemen that everyone is looking so forward to meeting. They seem to be in good health. Also, good meeting with Kim Jong Un. Date & Place set.

The North Korean regime accused all three of anti-state activities. The three Korean-Americans, who are now released:

Kim was teaching at Pyongyang University of Science and Technology, funded by evangelical Christians from the U.S. and China. After a few months in North Korea, he was detained last year at Pyongyang airport while trying to leave the country and was accused of “hostile acts.” His wife is presumably still in North Korea.

Kim, from Fairfax, Virginia, lived in a special economic zone in Rason, North Korea, where he ran a trading and hotel services company. He was arrested in October 2015 and sentenced to 10 years hard labor in 2016 for spying and other charges. 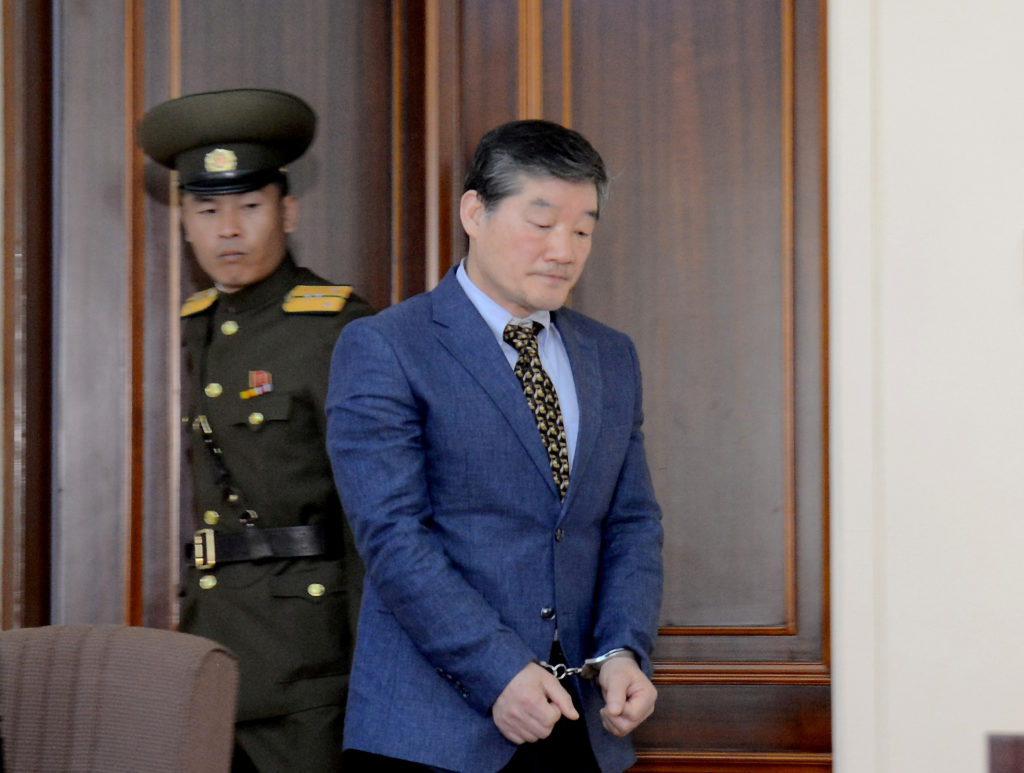 Kim is a South Korean born in China and became a U.S. citizen in the 2000s after studying in California. He was doing agricultural development work at Pyongyang University of Science and Technology and living in Pyongyang. He was accused of “hostile acts” in 2017.

President Trump tweeted that he would be meeting the trio when they arrive at Andrews Air Force Base with Pompeo at 2 a.m. ET Thursday. “Very exciting!” he added.

Secretary Pompeo and his “guests” will be landing at Andrews Air Force Base at 2:00 A.M. in the morning. I will be there to greet them. Very exciting!

Left: Tony Kim, one of the three Americans formerly detained by North Korea, is seen in this photo taken in California in 2016, released to Reuters by his family on March 11, 2018. Courtesy of the family of Tony Kim/Handout via Reuters