Remembering Julia Child Through Tributes, Song and a Quiz 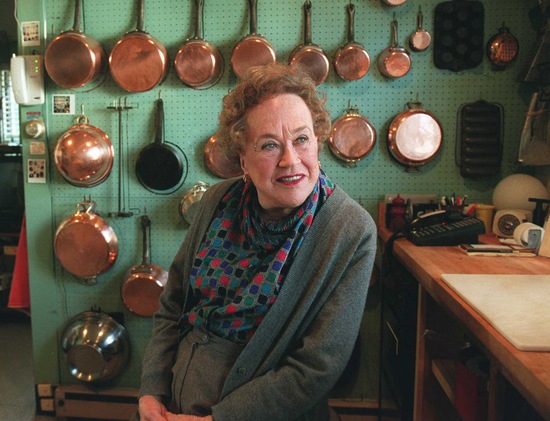 Wednesday would have been Julia Child’s 100th birthday (she died in 2004 at age 91), and remembrances for the cooking icon saturate the Internet this week like one of her rum-soaked desserts.

Child helped popularize French cuisine with her step-by-step cooking shows and numerous books, starting with the classic “Mastering the Art of French Cooking” in 1961. Soon after the success of her book, she began the first of her popular cooking shows on public television, “The French Chef,” becoming the first celebrity chef before the term was invented.

“Julia Child’s legacy to America is felt nowhere more strongly than at PBS,” Pat Mitchell, former President and CEO of PBS, said in a statement. “When it all began on WGBH, Boston’s public television station, in 1962, no one had ever done a cooking show on television. But Julia set a standard for far more than a genre that has grown exponentially ever since. She made sophisticated cooking techniques accessible while promoting the art of cooking to men and women alike. She was a funny, witty and debonair character who charmed all who knew her — even if just by her television appearances. We’re honored to have had her as part of the PBS family and we will cherish her memory.”

Her collaborator on TV programs and cookbooks, Jacques Pepin, described Child’s appeal in an August 2004 NewsHour interview on the occasion of her death:

“Her physical appearance, her voice, but more than anything else, her kindness, you know, because people could feel through that little screen how genuine and how true she was. There were no two Julias — the one on television and the one in real life; she was just the way she was on television — unpretentious, ready to help, ready to have fun and interested in great food but simple food to be partaken with friends, and to be shared with family, friends with a glass of wine. That was her.”

Watch an episode from Child’s 1960s series, “The French Chef,” in which she bakes three apple desserts:

Child also loomed large in the popular culture scene, the subject of the 2009 movie “Julie & Julia” and an exhibit at the Smithsonian’s National Museum of American History in Washington, D.C. From Aug. 15 through Sept. 3, visitors can see her kitchen, reconstructed from her Cambridge, Mass., home. 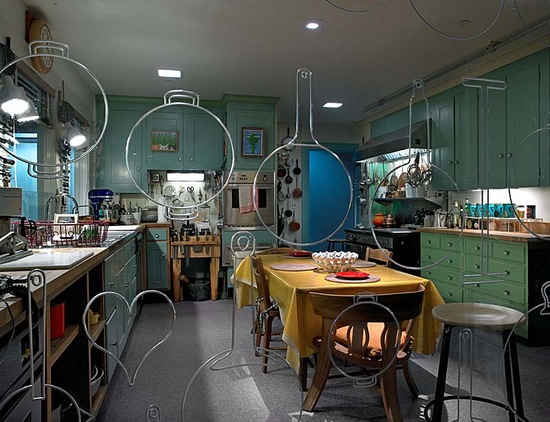 Child’s zest for cooking drew many fans, said Epicurious.com editor-in-chief Tanya Steel. “She really did teach us cooking something was fun, approachable, really not hard. It is something you get in, roll your sleeves up and do and she did it with great humor.”

A remix from John D. Boswell, aka melodysheep, made for PBS Digital Studios, plays with Child’s catchphrases. “This is what good cooking is all about,” she tells us in song:

Also from PBS, you can learn which Julia Child you are in this quiz and share your results on Twitter using #CookForJulia. Many of us at the NewsHour were “TV Pioneers” (go figure), with some “Cooking Students” and “Covert Spies” in the mix. In addition to her culinary past, Child was a top secret researcher in the Office of Strategic Services — the precursor to the CIA — during World War II.

It was in the OSS that she met and married her husband, Paul Child, which exposed her to French cooking when they moved to Paris for his job.

For Child, cooking was an expression of love, and “the real test of a good chef is a perfectly cooked chicken,” she said. So here is her recipe for roast chicken:

For the vegetarians among us, try her recipe for cream of leek and potato soup.

Never shy of using chunks of butter and heavy cream in her kitchen, Child once said, “You need some fat in your diet, or your body can’t process your vitamins.” She also was a proponent of using fresh produce and other ingredients.

“Bring on the roasted potatoes!” she cheers in one of her cooking shows.