At least 50 Afghans died in election day violence. Will future votes be safer?

Despite a shroud of violence and voting delays, more than 4 million Afghans cast their ballots in parliamentary elections last weekend, according to the country’s election commission.

Afghans waited, often in long lines, to vote for 249 seats in the lower house of parliament, up for grabs for the first time in eight years. More than 2,500 candidates, including 417 women, vied for those seats.

But violence leading up to the vote shook the nation, included the shooting death of Kandahar province’s police chief, Gen. Abdul Raziq, by one of his own guards. Ten candidates also were killed by Taliban armed groups, including one by a bomb placed under his chair in the southern Helmand province. 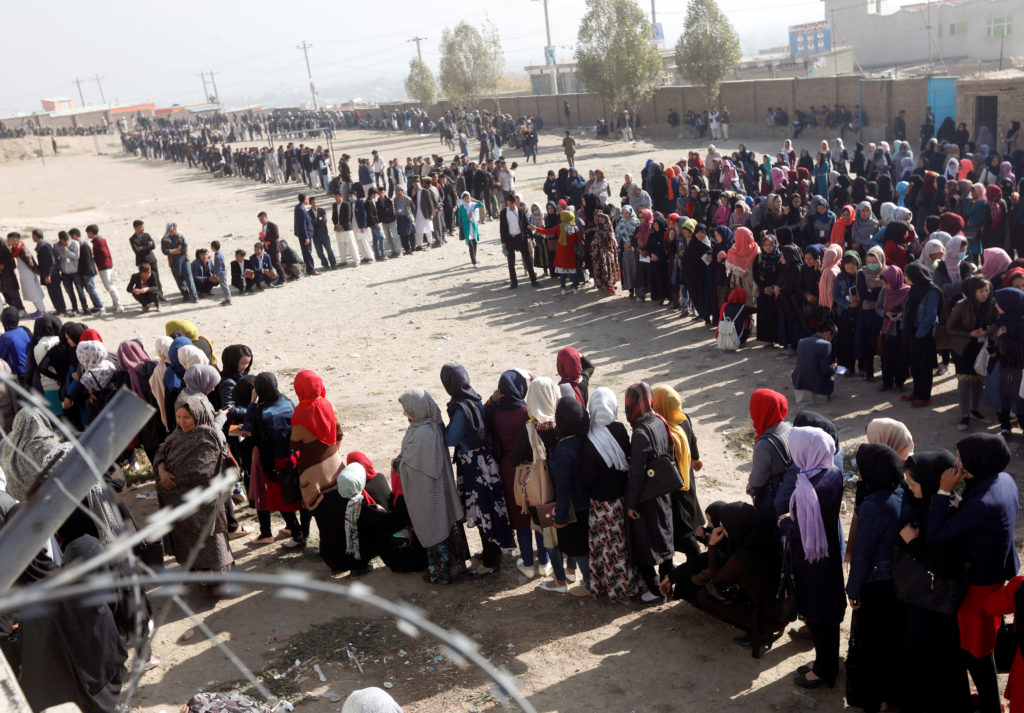 Afghans line up in Kabul to vote for 249 seats in the lower house of parliament on Oct. 21. Photo by Omar Sobhani/Reuters

During the election itself, at least 50 people were killed countrywide in 250 attacks by the Taliban and Islamic State group, according to the Afghan Interior Ministry.

“The number of violent incidents was not as much as feared, but it was still an exceptionally violent day,” said Scott Worden, director of Afghanistan and Central Asia Programs at the U.S. Institute of Peace. “It was a successful plan by the Taliban to reduce and interrupt voting, and that needs to be corrected for the presidential vote next April,” he said.

Beyond the violence, there were technical problems

The disorganization in the most recent election was greater than in the past, Worden said, including delays in opening polling sites and difficulty in finding people’s names on voter rolls. “There were reports of people leaving polling stations without having voted or otherwise being discouraged by the delays from participating. I think that’s an unfortunate setback compared to previous elections,” he said.

Some polling stations opened late because of a lack of voting materials and problems with new biometric machines that were meant to verify voters’ identities. Authorities extended the elections to a second day at 250 voting centers in those cases. 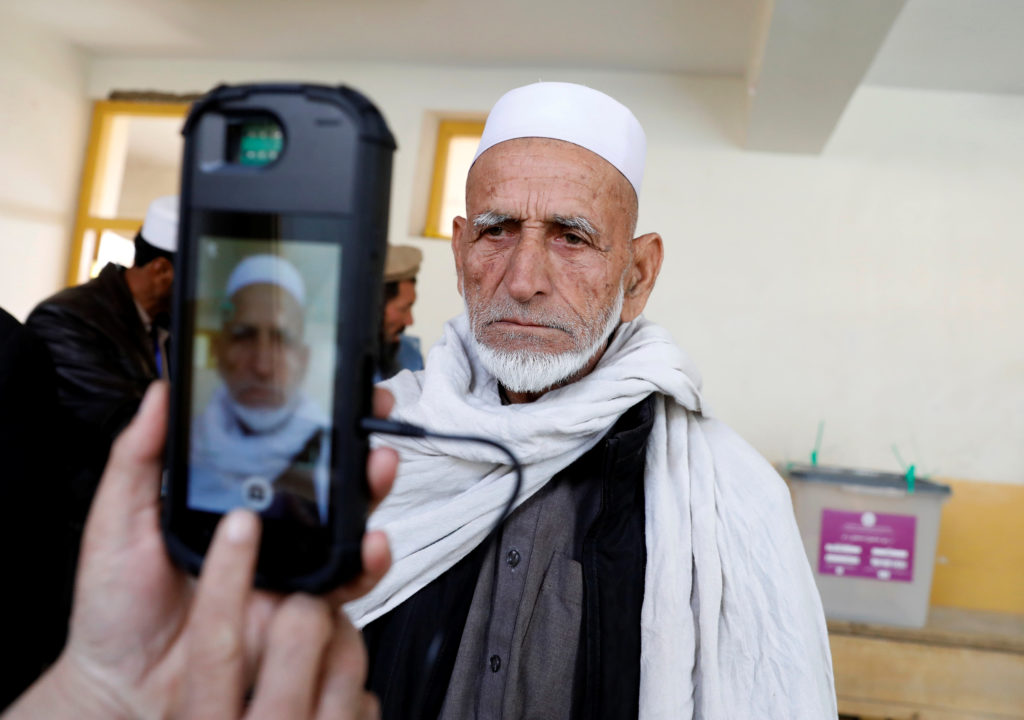 An election official scans a voter’s eye with a biometric device at a polling station in Kabul. Photo by Mohammad Ismail/Reuters

The German-made biometric machines, distributed just before the elections, resembled smartphones and would match voters’ photos and fingerprints to their voter card. It took added time for election staff to learn how to use them, which also accounted for some of the delayed openings.

The biometric devices were meant to safeguard against voter fraud and prevent ballot box-stuffing, said Vanda Felbab-Brown, senior fellow in the Foreign Policy program at the Brookings Institution. In the coming weeks, when ballots are tallied in the country’s capital Kabul, people will learn if the machines helped prevent disagreements over the results, she said.

Amid the dangers and delays, Afghans remained resilient

Despite all of the problems, the long lines at polling sites showed Afghan citizens “do want democracy and they do want to participate in these processes,” Worden said.

“Afghans remain resilient and committed to their country and their young democracy,” said Michael O’Hanlon, a senior fellow in Foreign Policy at the Brookings Institution. “On the other hand, each [election] seems a little harder and more dangerous than the time before.” 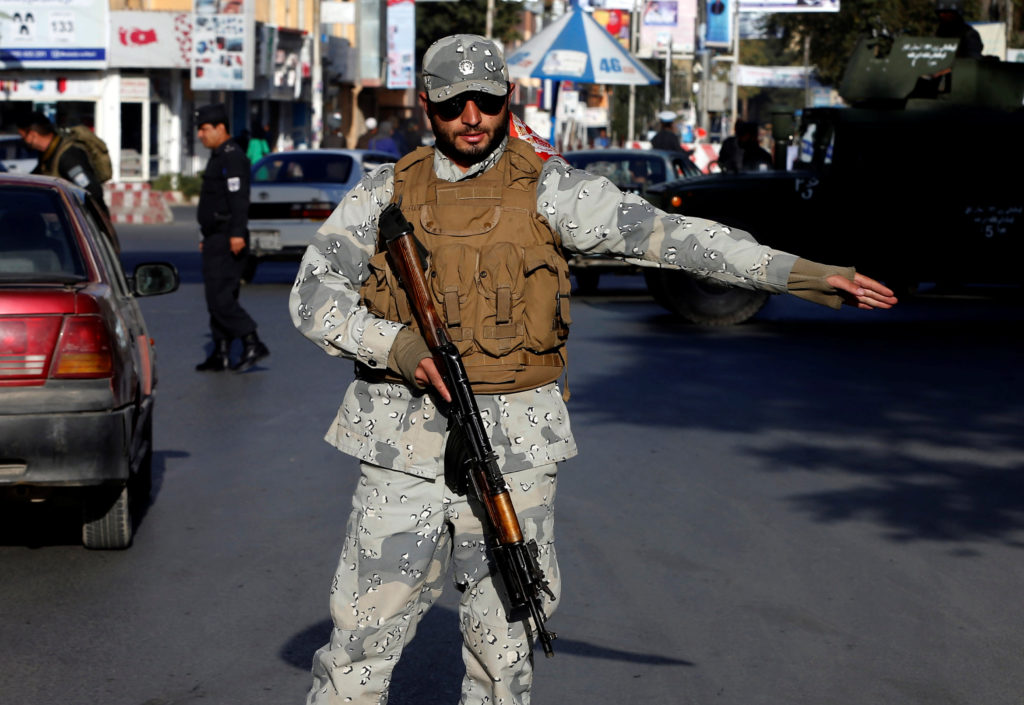 Afghan police stand guard at a checkpoint in Kabul during elections. Photo by Omar Sobhani/Reuters

Since the Taliban fighters likely will repeat their tactics for the April 20 presidential election, Afghan officials should ramp up security to eliminate chokepoints on different routes — both to better deliver election materials and help voters get to the polls, Worden said. “I think focusing on transparency and outreach, and how the elections can benefit local communities and get them to increase their say in government, is also a way to combat Taliban opposition.”

Even though Afghans might have “disappointments with the corruption and misgovernance they have experienced since 2001 (when the war began), they want to have a say in how they are governed,” Felbab-Brown said. Afghanistan’s concept of democracy might be different than the U.S. or Britain, she added, but fundamentally Afghans want justice and fairness and to hold their leaders accountable.

The Afghan election commission has until Dec. 20 to release final results in the parliamentary elections.