Watch an Aug. 11 PBS NewsHour report about the Black Mambas of South Africa.

Named for a ferocious snake in Africa, the team patrols the Balule Private Game Reserve in western South Africa at night when poachers come after rhinoceros and other endangered species. They face dangers, not only from poachers hoping for a lucrative catch, but from the park’s other wild beasts.

“I don’t know when I am going to face a lion,” said one of the Black Mambas Siphiwe Sithole on the PBS NewsHour.

“At first I was scared, but each and every time when you go out, I get used to it, and I’m loving it,” said another member of the unit. 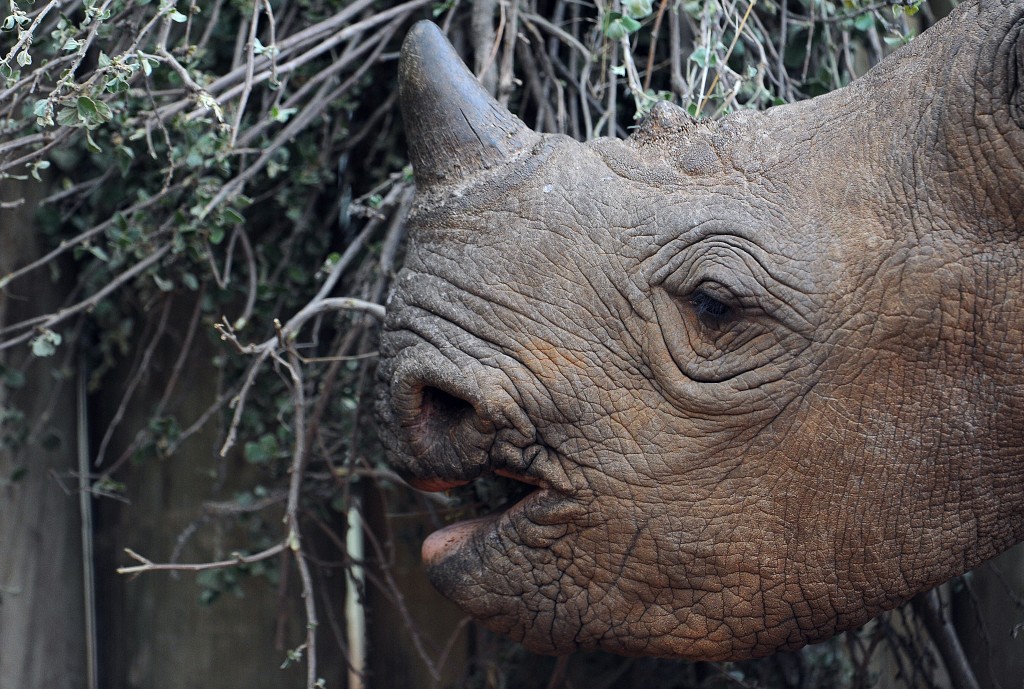 A Black Rhinoceros calf is named Sari’s Son after his mother, who was one of four rhinos killed by poachers in June 2014. He’s pictured in his enclosure on Aug. 6, 2014 at the Ol Jogi rhino sanctuary in Laikipia county, Kenya, north of the capital Nairobi. Wildlife rangers patrol the sanctuary to protect the animals against poachers. Photo by Tony Karumba/AFP/Getty Images

The patrol team won the U.N. Environment Program’s Inspiration and Action award for its “rapid and impressive impact” countering poaching.

“Community-led initiatives are crucial to combatting the illegal wildlife trade, and the Black Mambas highlight the importance and effectiveness of local knowledge and commitment,” said UNEP Executive Director Achim Steiner.

The 26-member unit, established in 2013, has helped arrest six poachers and removed more than 1,000 snares used to illegally capture the animals in the reserve, according to the U.N.