Haiti Dispatch: 2 Years After Earthquake, Many Signs of Rebuilding

PORT-AU-PRINCE, Haiti | On Jan. 12, 2010, a magnitude-7 earthquake rocked Haiti, killing some 223,000 people and leaving 1.5 million homeless. On a visit last week to the capital, signs of rebuilding are everywhere.

It’s not unusual to see huge garbage bins in the streets, where Haitians are dumping buckets of earthquake rubble for pickup. Music blares from shops selling electronics. 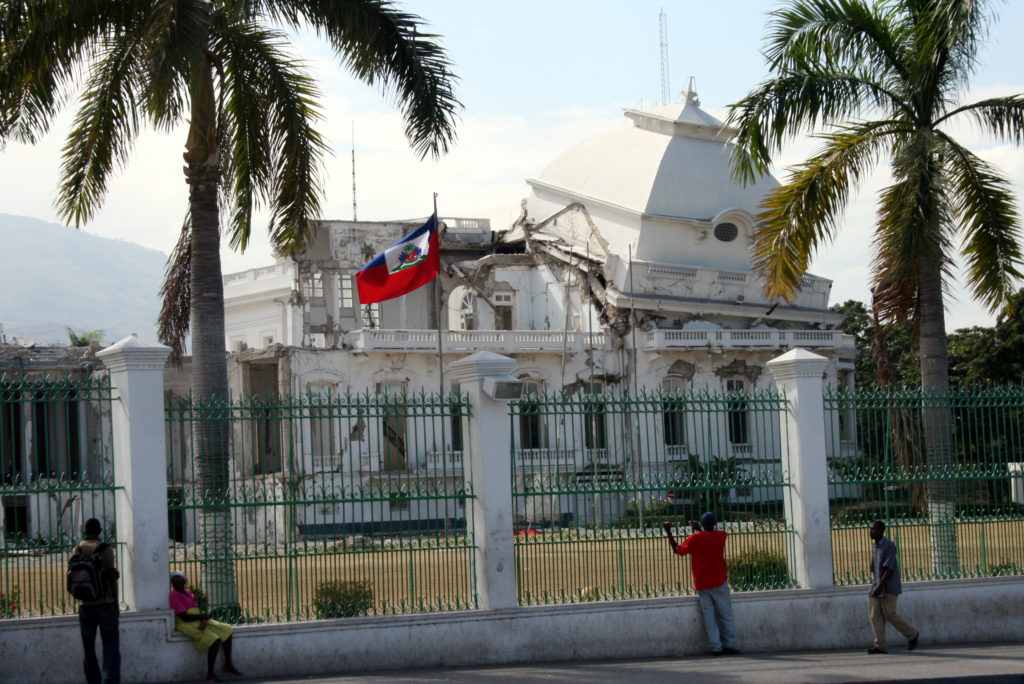 The presidential palace in Port-au-Prince was severely damaged in the Jan. 12, 2010 earthquake. Photo by Larisa Epatko

But signs of the earthquake that ravaged this city are abundant as well. The presidential palace still leans forward in a damaged state. A Jeep parked between two houses appears normal until you notice it’s buried up to its wheel wells in crumbled concrete.

“I would like to see the Haiti that I knew before return,” says former vendor and mother of five Desorme Ennite, 39, through a translator. She lives in the Carrefour camp located on the grounds of a sports park in Port-au-Prince. “It was beautiful. People were working. Everybody had something to do.” 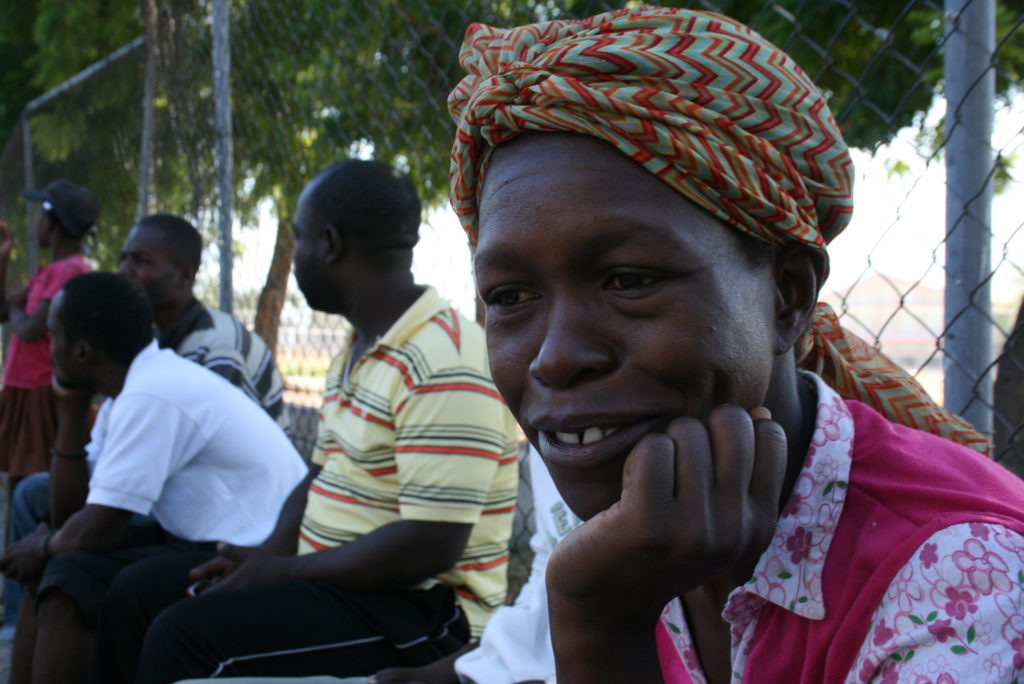 Haitians say they would like to see the homeland they remember return to the way it was before the quake. Photo by Larisa Epatko

“I would like Haiti to change — with the help of God — because there’s a lot to do,” adds Pierre Amaral, 31, a plumber and resident of the La Mantin tent camp also in Port-au-Prince.

Probably the most recognizable footprint of the quake — the tent camps — still exist in parts of the city, although many others have closed after residents received rent subsidies from the government and aid organizations to live in newly renovated apartments.

And the earthquake left its calling card in many remaining homes by way of deep cracks that still need to be patched. 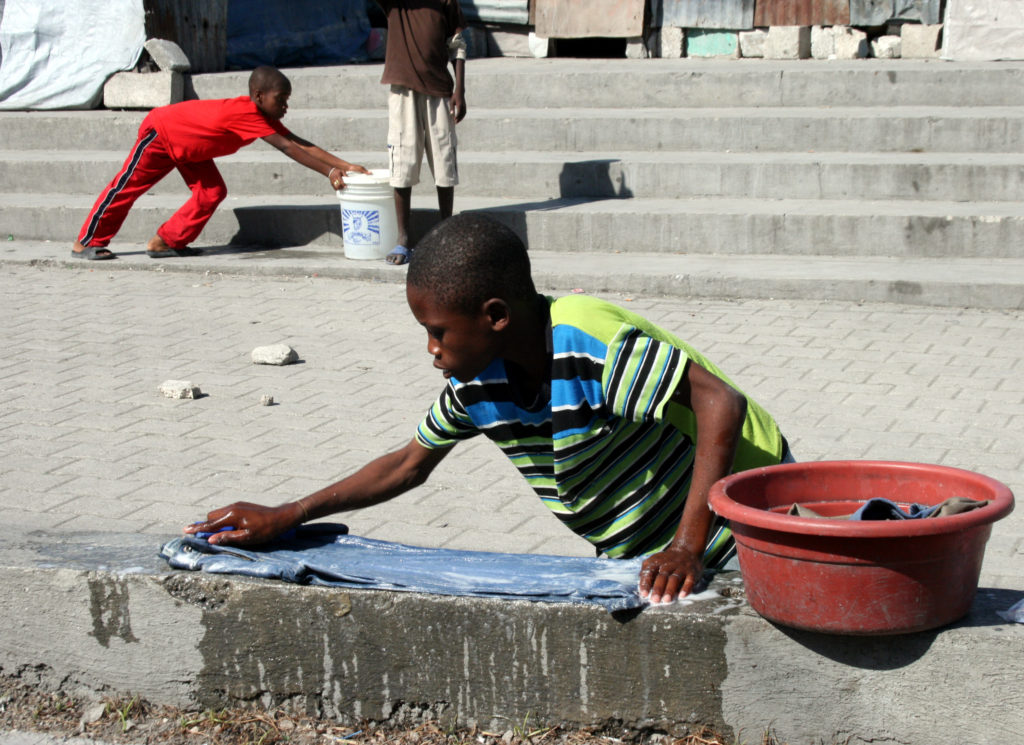 Boys wash their clothes in the streets of Port-au-Prince, Haiti. Photo by Larisa Epatko

All this week on the NewsHour’s website, we’ll have reports on efforts to rebuild and relocate tent camp dwellers, what’s being done to address the problem of rape in the camps, plus a slide show of art made from earthquake debris. See all reports here.

Left: Boys pose at a playground in Haiti. Photo by Larisa Epatko