Survivor Tells Her Story of Rape in a Haitian Tent Camp

PORT-AU-PRINCE, Haiti | The lack of security and lighting in Haiti’s tent camps, and the flimsy structures themselves, make them ripe for violence, including rape. 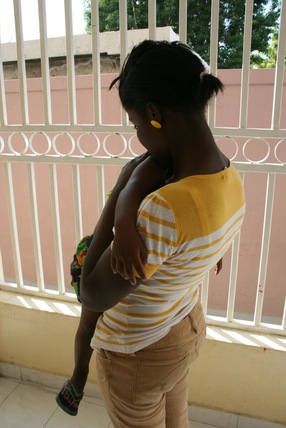 It’s hard to tell how widespread violence against women has been, because often victims are ashamed and feel they have no legal recourse, leading the crimes to be under-reported.

One woman, through a translator, chose to tell us her story about what happened to her in a tent camp and how she sought help from a grassroots organization called KOFAVIV that was founded by survivors of domestic violence.

This 23-year-old mother of a toddler son said she was raped three weeks before our conversation (her name was withheld to protect her identity):

After the earthquake, I was living in a tent camp (Mais Gate) near the airport. We (her mother and then-6-month-old son) lost everything in the earthquake, and we had to walk a lot to find this camp.

We built our own shelter with sheets, because no one gave us anything. We eventually got a tent. Every Monday, we received toilet supplies and vouchers for food.

My mom had another (adult) son, not in the camp, who would give us money for food and products we could sell.

Life would just go on for days like that.

One day last month, my grandmother died, so I had to go out of town for her funeral. I went to a church far from the camp. When I returned about 9 or 10 p.m., I saw my mom was lying in the dark. So I went to another camp across the street for candles.

A car came toward me with five or six men inside. They called to me, but I didn’t answer because I didn’t know them. They stopped, and I tried to run but they grabbed me and started to attack me and said if I talked, they would kill me.

Then they slapped me and beat me up and ripped off my clothes. Someone knocked me down. I collapsed, and when I woke up, I found I was bleeding a lot.

The car was still nearby and people were around the car, but I didn’t see the people who did this to me. I don’t know if other people called for help, but when I woke up, people were around me, too. I was bleeding and had a stomach ache.

I couldn’t sleep and cried all night.

A friend then told me she knew somebody who helped with such cases and gave me a number to call. So I did, and the woman asked if I felt differently in my body and that she would send an ambulance to me.

The ambulance came with a doctor and nurse to take me to the general hospital. They gave me pills and a pregnancy test. The test was positive.

I went back and did more medical tests. They wanted to know what to do with the baby.

A day ago, I came to KOFAVIV (a support facility with a safe house for survivors of domestic abuse). I like the way they welcomed me and I can feel safe. The only problem is my mom is not here to help with my (now-2-and-a-half-year-old) son. (Her mom now lives with her own adult son outside of the camp.)

People who have been there (KOFAVIV) told me I could take my son to school, and after three months can rent a place of my own.

And what about her future?

Since I was missing one year of high school, I would like to finish that and then I want to go to a university and get a job to support my children. 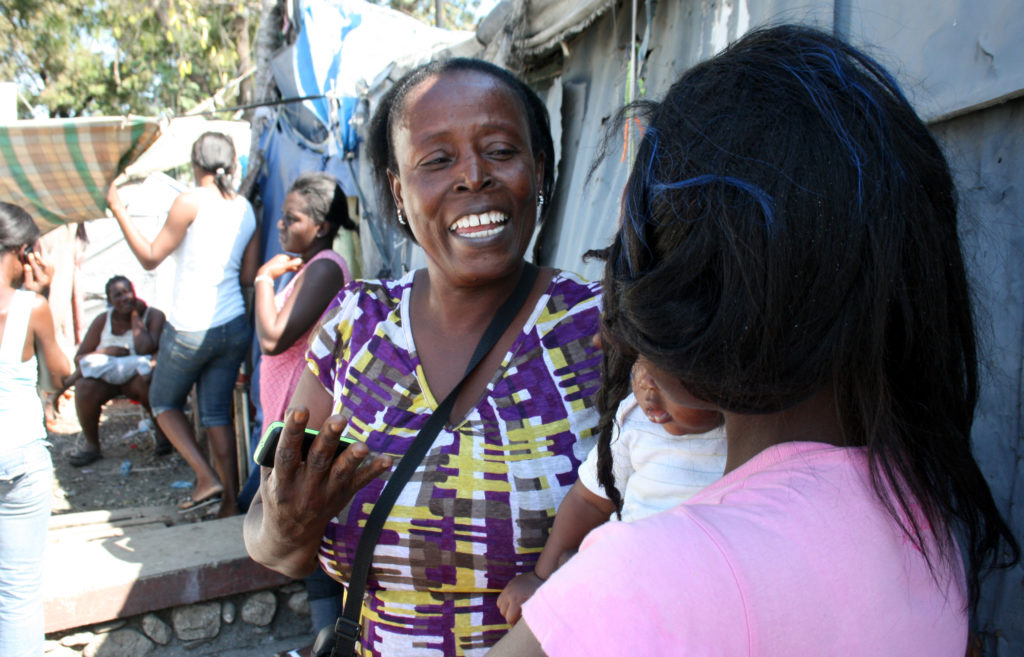 KOFAVIV (Commission of Women Victims for Victims), founded in 2004, seeks to address violence against women in Haiti. It provides support groups and life skills training for women who have experienced violence.

KOFAVIV’s strategy is to have community agents go to the camps, talk to women who have been raped and tell them how they can get help, said Jocie Philistin, KOFAVIV project coordinator.

Often the community agents have been victimized themselves and can tell the women what they have been through. One such agent, Georgette Etienne, 50, was robbed and now counsels women in the Champs de Mars camp.

“Whenever I find a rape victim, I explain to her that she shouldn’t give up,” she says.

KOFAVIV also works to prevent violence by handing out flashlights and whistles that women can use if they fear an attack. The group also encourages men and women to work together so they get to know each other, said Philistin.

“My biggest motivation is I was a victim myself and I know firsthand the post-trauma women experience,” Philistin said through a translator. “It’s really important to try to do something about it.”

KOFAVIV’s education and safe house programs are supported by various organizations, including MADRE and the U.N. refugees agency.

All this week on the NewsHour’s website, we’re posting reports on rebuilding efforts and health issues two years after Haiti’s Jan. 12, 2010, earthquake.

Left: The hands of a rape survivor in Haiti. Photo by Larisa Epatko