Remembering Haiti’s 2010 Earthquake: ‘I Was Close to Death’

PORT-AU-PRINCE, Haiti | Mario Heriveaux, 47, recalls the day the earthquake struck two years ago. He and his family were watching TV when the house started to shake and everyone dashed for the door.

Heriveaux was holding his youngest daughter Marvencia, who was 1 years old at the time.

Luckily, his whole family escaped. Heriveaux said when he returned to his Port-au-Prince home several days later, he found a gaping hole in the roof and deep cracks in the walls.

The family patched the roof and moved back in several weeks later, but major repairs are still needed.

After the earthquake, many Haitians wanted to start rebuilding their homes right away. But in order to prevent people from rebuilding without codes to protect against earthquakes and flooding, the government of Port-au-Prince launched the CARMEN (Community Support Centers for House Repairs) project, funded by the U.N. Development Program. 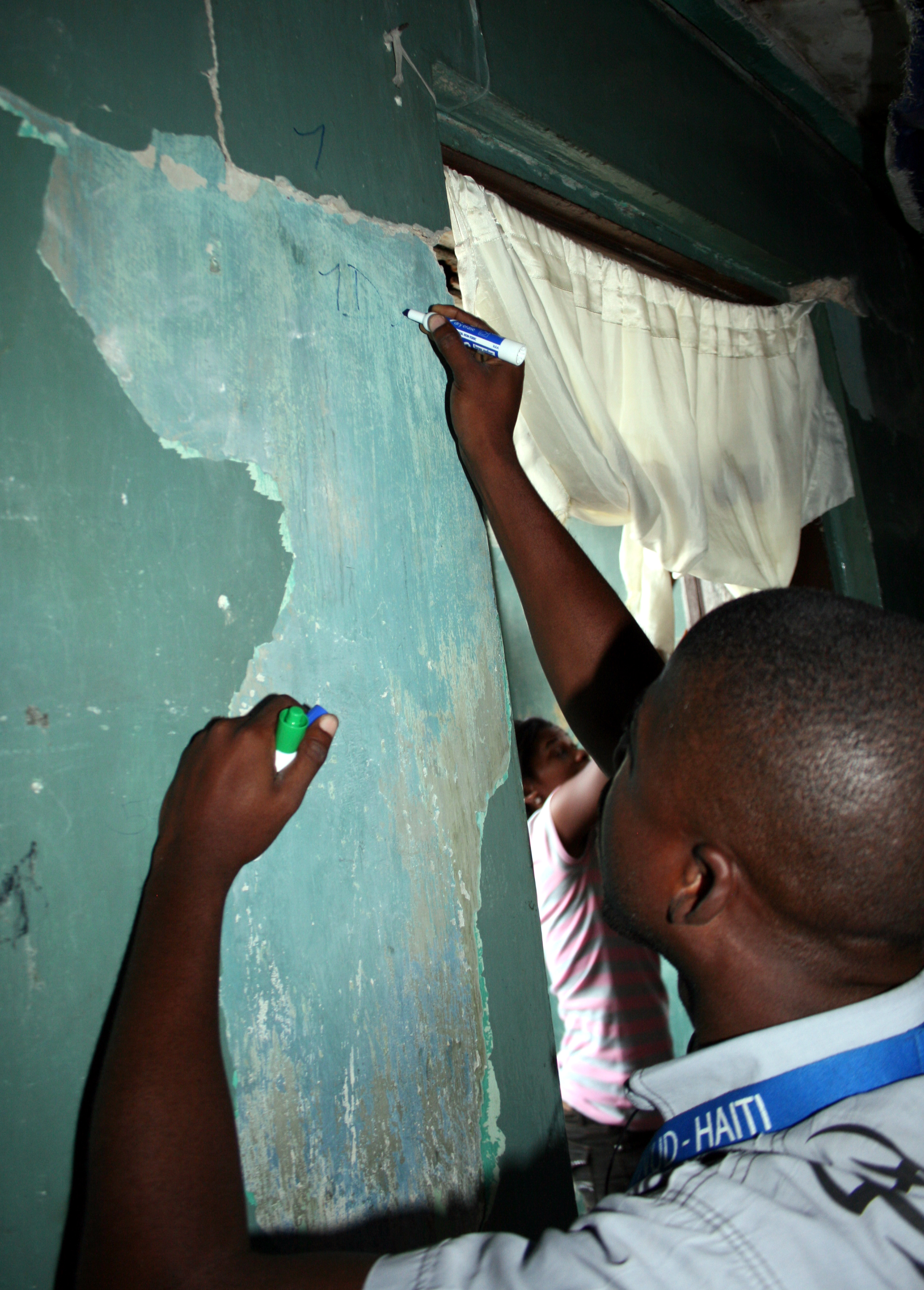 An engineer marks a load-bearing wall in need of repair in the Heriveaux family’s home. Photo by Larisa Epatko

People register with the center, engineers assess their homes, and the homeowners can receive training to make the repairs themselves. If they can’t fix their homes on their own, they get a stipend to hire local workers or are directed to other programs that can assist them, said Canes Girolien, head of engineers for CARMEN and the Ministry of Public Works, Transport and Communications.

The goal is to register 2,000 households at the five CARMEN centers around Port-au-Prince, and about 1,400 are registered so far, said Girolien.

Heriveaux watched as engineers checked all rooms of his house from ceiling to floor.

“I believe in God. I’m not afraid of death,” he said. But in the meantime, there are “a lot of leaks” that he wants to fix.

The NewsHour traveled to Port-au-Prince for the second anniversary of the Jan. 12, 2010, earthquake. View more of our Haiti coverage: