One month after Boko Haram militants stormed a girls’ boarding school in northern Nigeria and kidnapped 110 students, they returned nearly all of the girls and one boy to the center of the town on Wednesday. Hours later, the girls boarded a flight to Abuja to meet with President Muhammadu Buhari.

Five of the girls died during captivity and one girl reportedly remained behind for not converting to Islam, AFP reported.

“They kept us in a big, covered house where no-one could spot where we were, even by air we could not be seen,” one of the girls told Reuters. 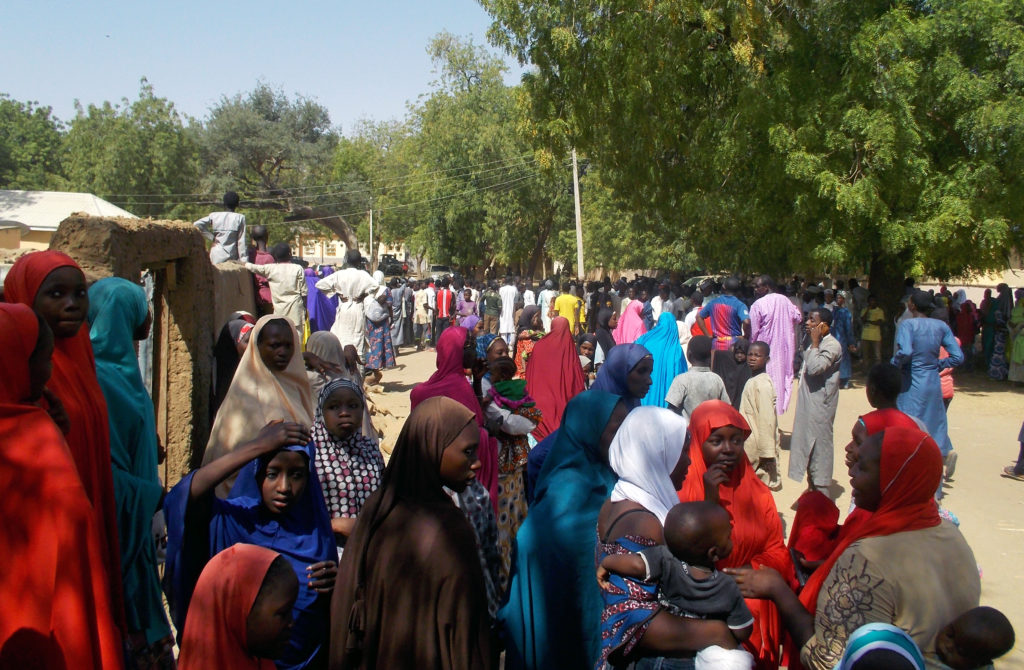 Boko Haram released more than 100 girls in the Nigerian town of Dapchi on March 21. Photo by Ola Lanre/Reuters 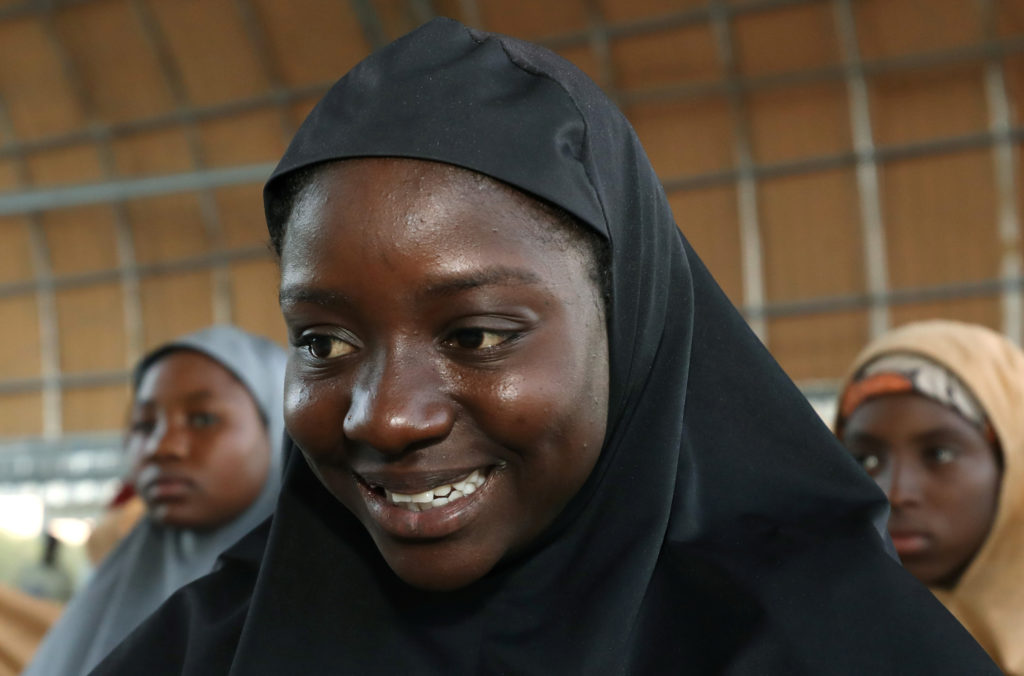 The girls were taken from a boarding school in Dapchi on Feb. 19 and released about one month later. Photo by Afolabi Sotunde/Reuters

The townspeople of Dapchi joyfully welcomed the children back, while some international organizations criticized the government’s handling of the entire ordeal. A report from Amnesty International said Nigeria’s security forces failed to act on warning signs, including past abductions, that would have prevented the girls from being captured on Feb. 19.

“The Nigerian authorities must investigate the inexcusable security lapses that allowed this abduction to take place without any tangible attempt to prevent it,” said Osai Ojigho, Amnesty International’s Nigeria director.

Boko Haram militants regularly kidnap girls to serve as slaves and “wives,” including more than 200 girls from the town of Chibok in 2014, which triggered the #BringBackOurGirls social media campaign. The militants also abduct boys to serve as fighters for their cause. Boko Haram is seeking to spread strict Sharia law, including not allowing girls to go to school. 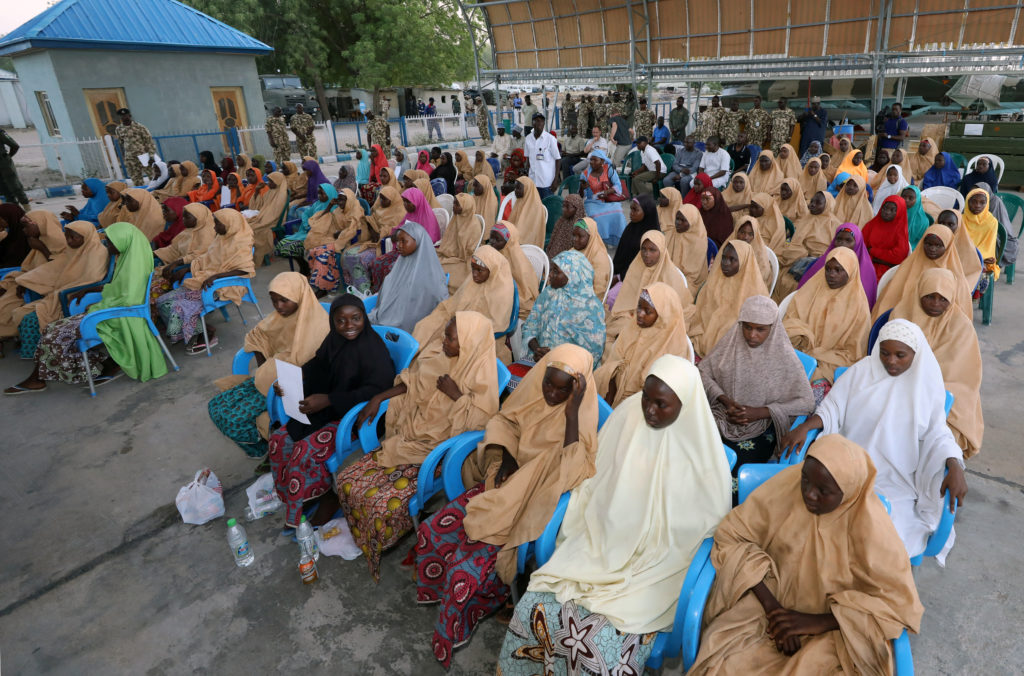 The Nigerian government has been criticized for its handling of the repeated school kidnappings by Boko Haram militants. Photo by Afolabi Sotunde/Reuters 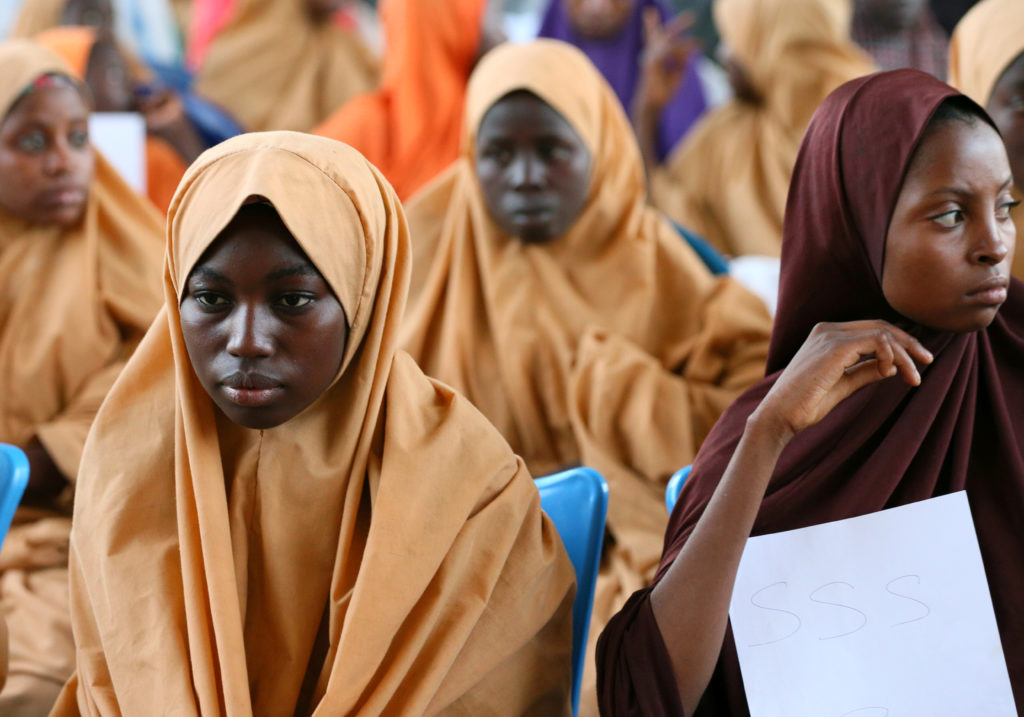 Five of the girls died during captivity. Photo by Afolabi Sotunde/Reuters 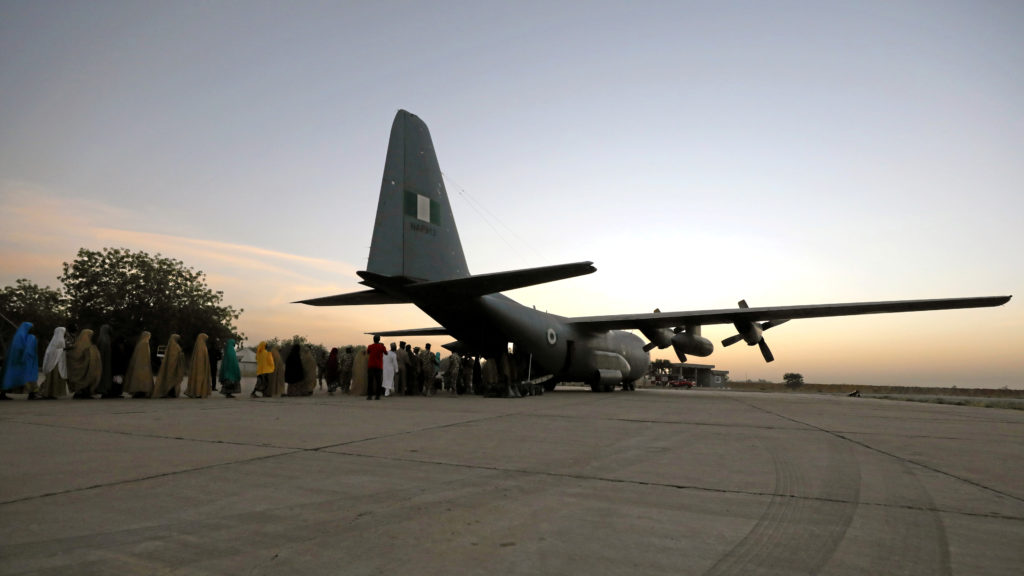 Some of the newly released Dapchi schoolgirls flew from the air force base in Maiduguri, Nigeria to visit the president on March 21. Photo by Afolabi Sotunde/Reuters

Left: Some of the Nigerian schoolgirls released this week arrived in Jumbam village in Yobe State on March 21. Photo by Ola Lanre/Reuters