Earlier this week, at least 58 people were killed and 2,700 people injured in the bloodiest day of protests in Gaza since the 2014 war with Israel. Protests had scaled back Wednesday with the start of Ramadan, but the wounded lined the halls of local hospitals, awaiting treatment from overtaxed medical staff.

The 2,700 people injured included 1,360 by live fire, according to the Gaza Health Ministry. Many of those injuries occurred Monday when Israeli forces fired on protesters running toward the security fence.

The wounded and dead were carried away on stretchers and brought to hospitals at rates of sometimes several hundred per hour. “There were not enough beds, not enough medical staff to treat them. So it was very difficult,” said Marie-Elisabeth Ingres, Doctors Without Borders’ representative in the Occupied Palestinian Territories. 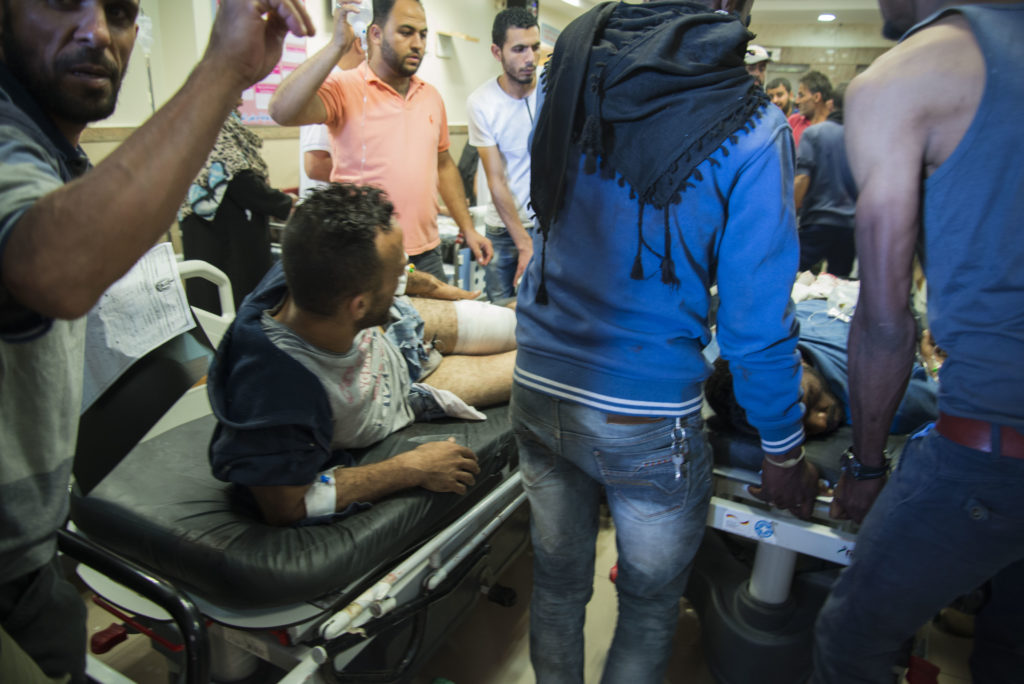 Non-severe admissions in Al-Aqsa hospital in the Gaza Strip. Photo by Aurelie Baumel/Doctors Without Borders

The injuries were severe: multi-fragmented bones and torn tendons, Ingres said. About 40 percent of them had such a high risk of infections and complications that they needed to be transferred out of Hamas-controlled Gaza for treatment. Some were approved for transfer, and the doctors were pushing for more, she said.

U.N. human rights spokesman Rupert Colville said Tuesday in Geneva that Israel’s use of force was “not acceptable.”

“The mere fact of approaching a fence is not a lethal, life-threatening act, so that does not warrant being shot,” he said, according to a BBC report.

Israel defended its actions and accused Hamas of using protests to hide attacks, justifying its use of lethal force. The Israeli military said rubber bullets are not effective in holding back demonstrators from approaching and breaching the security fence.

U.S. Ambassador to the U.N. Nikki Haley also blamed Hamas for the violence, saying, “Let’s remember that the Hamas terrorist organization has been inciting violence for years, long before the United States decided to move our embassy. This is what is endangering the people of Gaza. Make no mistake, Hamas is pleased with the results from yesterday.”

Haley cited Israeli military accounts that some protesters were using Molotov cocktails attached to kites and other dangerous tactics.

“No country in this chamber would act with more restraint than Israel has. In fact, the record of several countries here today suggest that they would be less restrained,” she said.

Palestinians organized the six-week demonstration called the “Great March of Return” in the eastern part of the Gaza Strip along the Israeli border. Tens of thousands of protesters gathered to demand that Palestinian refugees and their descendants be allowed to return to Israel, and that Israel ease its blockade of the territory. 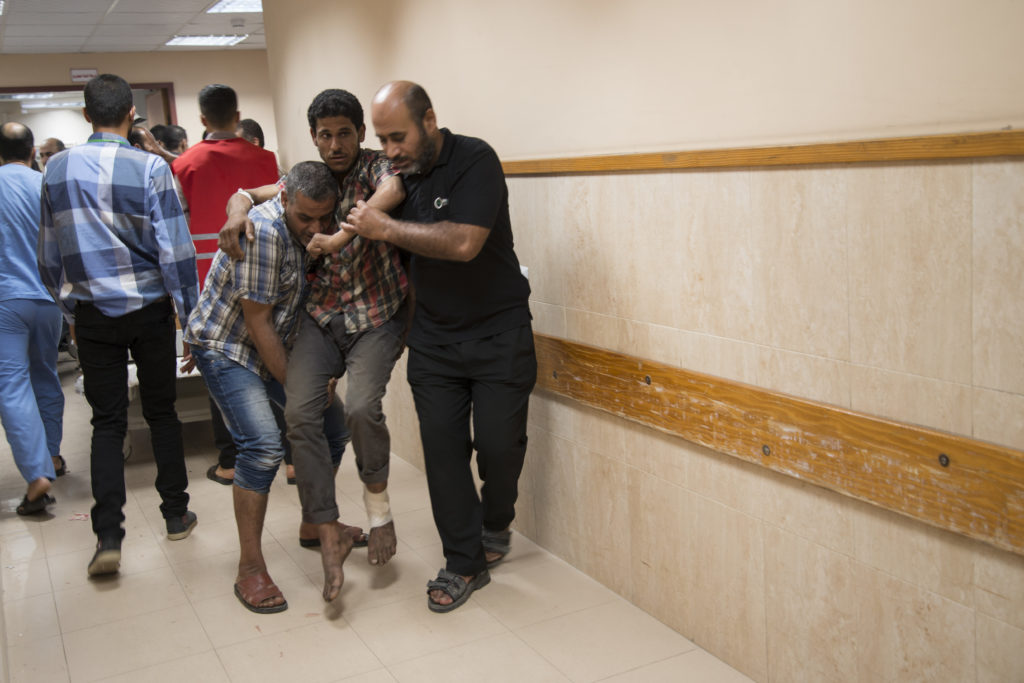 Emergency room in Al-Aqsa hospital in the Gaza Strip. Photo by Aurelie Baumel/Doctors Without Borders

Many of those demonstrating were men in their twenties, Ingres said. In Gaza, young people have a 60 percent unemployment rate. “There is no possibility to have a life,” and they feel like they have nothing to lose, she said.

Khalil al-Hayyah, the deputy leader of Hamas, said at a news conference in Gaza City that Hamas would continue its protests at the border. “Jerusalem is a red line and for it we will continue our resistance.”

Left: A wounded Palestinian demonstrator is evacuated after inhaling tear gas fired by Israeli troops during a protest in the southern Gaza Strip on May 15. Photo by Ibraheem Abu Mustafa/Reuters