Nigerians stood in long lines to vote for their next president over the weekend, and on Monday were still awaiting results that were too close to call.

“We’re all waiting with baited breath,” U.S. Assistant Secretary of State for African Affairs Linda Thomas-Greenfield told PBS NewsHour chief correspondent Jeffrey Brown on Monday afternoon from the country’s capital Abuja. “We have been surprised by the low level of violence that has occurred so far. … We’re hopeful that it will be less violent than in previous elections.” 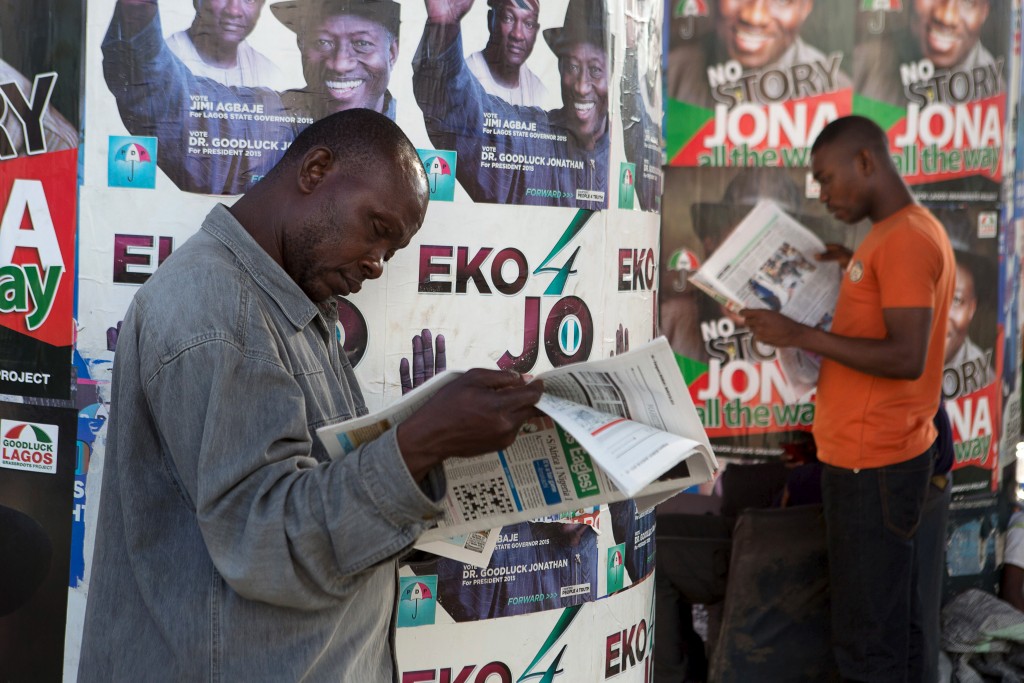 Incumbent President Goodluck Jonathan of the People’s Democratic Party is seeking a second four-year term. His main challenger is retired Army Maj. Gen. Muhammadu Buhari, who leads the opposition All Progressives Congress. Buhari led the country from 1983 to 1985 after taking power in a military coup.

A previous matchup between the two in 2011 resulted in Jonathan’s victory and led to fierce fighting in the north, where Buhari is popular. Jonathan’s base of support is in the south. An estimated 1,000 people died that year and about 65,000 had to flee due to the violence.

On Monday, Secretary of State John Kerry and UK Foreign Secretary Philip Hammond issued a joint statement saying it appears there wasn’t “systemic manipulation” during the weekend’s election, though they expressed concern over potential “political interference” during vote-counting. 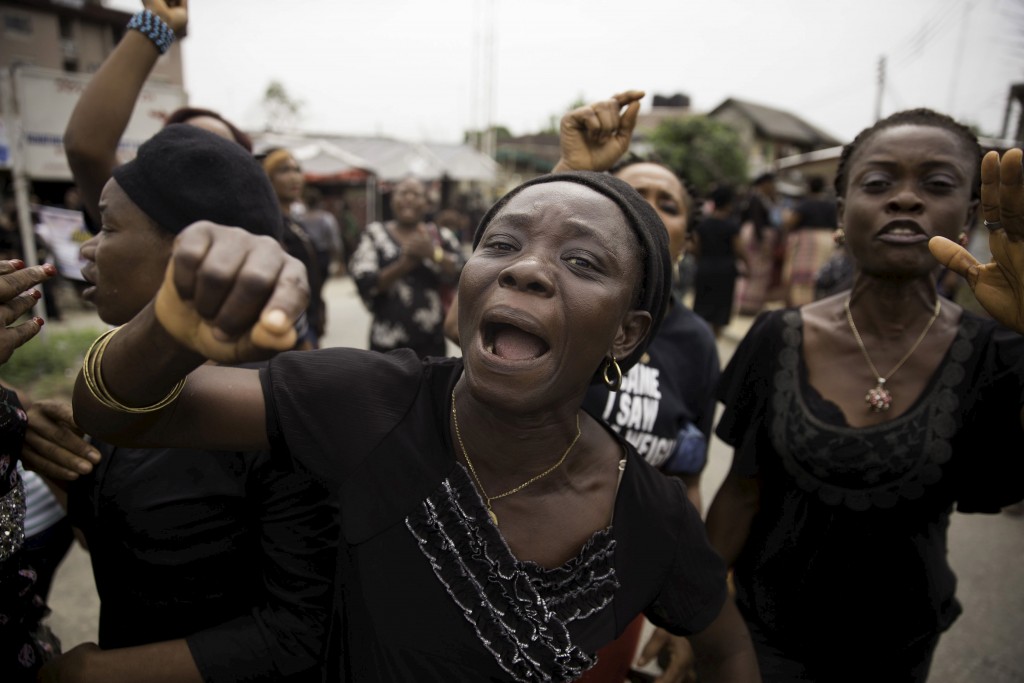 Women from communities in Rivers state in southern Nigeria protest on March 30 against irregularities in voting in the weekend’s election. Photo by Afolabi Sotunde/Reuters

“We’re getting a lot of calls from around the country of people concerned about the process after the election. We have been assured by the independent national electoral commissioner that these are being addressed, that they are following up on all of these issues,” Thomas-Greenfield explained. “But we felt the importance of issuing a statement so that those who might be involved in those kinds of activities would be warned that people are aware of their actions.

“I don’t think I would go so far as saying that it’s ‘rigging,’” she continued. “We’re still in a good place.” 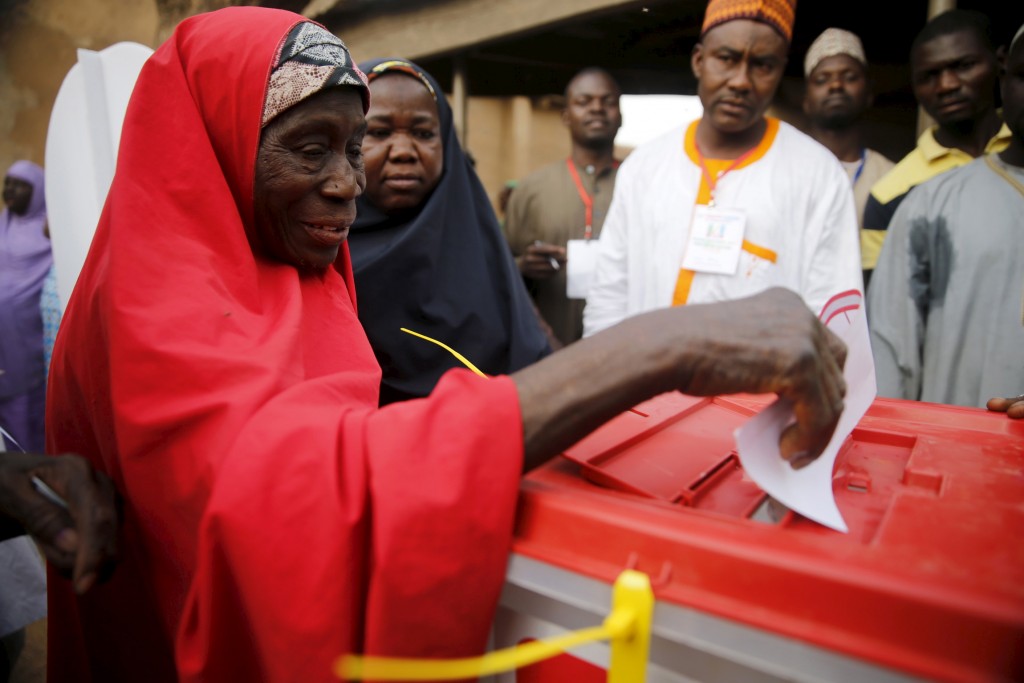 A woman casts her vote at a polling unit in Daura, northwest Nigeria, on March 28. Photo by Akintunde Akinleye/Reuters

Past elections in Nigeria have included widespread vote-rigging and fraud. But election monitoring group International Republican Institute said Saturday’s vote was more transparent, thanks in part to new permanent voter cards — rather than paper ones — and card-reading machines that scanned voters’ fingerprints.

Although there were technical glitches and long waits at some of the 150,000 polling stations, “delegates praised the determination of Nigerian voters to see the process through to the end,” IRI said in a statement.

Voting continued into Sunday at some polling sites to account for the malfunctioning card-readers. Complete results are expected by Tuesday.