What did Trump say — and not say — about foreign policy in Tuesday’s speech?

In his State of the Union address Tuesday, President Donald Trump once again touched on the growing tensions between his White House and North Korea, calling Kim Jong Un’s regime “depraved” and saying its “reckless pursuit of nuclear missiles could very soon threaten our homeland.”

In a speech heavy on domestic issues, including taxes, infrastructure and immigration, the president also announced he had signed an executive order to keep Guantanamo Bay prison open – reversing the actions of his predecessor – and was working to fix unfair trade deals. “The era of economic surrender is totally over,” he said.

Watch the full State of the Union in the player above.

We asked experts what they learned — and what they didn’t — from Trump’s remarks on global issues during his first State of the Union.

Despite more strong rhetoric, Trump didn’t say anything new about his North Korea policy, said Frank Aum, senior expert on North Korea at the U.S. Institute of Peace. Instead, he echoed past themes of “using ‘maximum pressure’ to prevent North Korea from achieving a nuclear missile capability and sought to draw a sharp distinction between his policy and the approaches of past administrations,” Aum said. 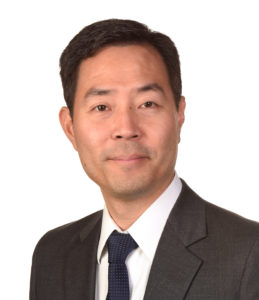 “But Trump, underscoring a main point of his speech last year in Seoul, did emphasize human rights. He extrapolated the depraved character of the North Korean regime, using the tragic examples of Otto Warmbier and a North Korean defector named Ji Seong-ho, to underscore that the threat applies to everyone, including the United States and its allies,” said Aum. Trump did not mention diplomacy or engagement anywhere in the North Korea section of the speech.

The bigger news on North Korea, noted Aum, is that the nomination of Victor Cha for U.S. ambassador to South Korea will not be going forward. (Read the full report in the Washington Post.) Why? “He raised concerns about the administration’s consideration of a limited strike on North Korea,” Aum said. “If true, this report reveals the seriousness with which the administration is looking at military options as well as a problematic litmus test for future ambassadorial nominees.”

While pledging to fight until the Islamic State group is defeated, “the president did not address the more salient foreign policy question that preoccupies Middle Easterners (Arabs and Israelis alike): Who and what will fill the vacuum created by ISIS’ defeat?” said Robert Danin, a senior fellow for Middle East studies at the Council on Foreign Relations and at the Harvard Kennedy School Belfer Center’s Future of Diplomacy Project. “Specifically, will the United States remain engaged in the Middle East, and will the Trump administration devote resources — diplomatic, economic, or military — towards addressing the brutal conflict in Syria that has destabilized the region?” 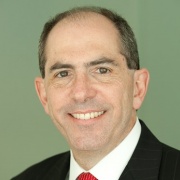 Trump highlighted his decision to move the U.S. Embassy from Tel Aviv to Jerusalem, but did not say how that “will help advance the goal of forging ‘the ultimate deal’ between Israelis and Palestinians,” Danin said. That’s striking because that is how he explained this policy shift in December. Instead, he registered his irritation at “countries that voted their disapproval of the Jerusalem recognition in the United Nations General Assembly, asking Congress to withhold foreign assistance money from those countries that are not America’s friends,” said Danin.

Trump offered support for anti-regime Iranian protesters and criticized the Iran nuclear deal, “yet he provided no alternative vision or policies for Iran other than to reaffirm that he has asked Congress — rather than his own administration — to address the Iran deal’s flaws,” Danin said. “Nor did Trump address Iran’s regional expansionism, or provide any sense of American intention to counter Tehran’s nefarious intentions.”

“For those who know the Twitter President, it was a pleasure to see Donald Trump using complete sentences, uttering complete thoughts, ignoring his adversaries, championing real people, real heroes, and glorying in his nation, not his ego,” said Danielle Pletka, senior vice president of foreign and defense policy studies at the American Enterprise Institute. But for those who care deeply about the safety and security of the American people, and the moral leadership of the United States in the world, it was light on substance, she said. 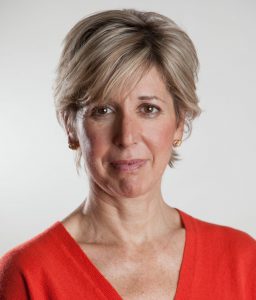 Trump took close to an hour to get to national security, Pletka said, and while he highlighted some countries, he left many others out. “If we are with the people of Iran, let us also ask what of the people of Syria? Or China? What about the growing authoritarian threat of Russia, of Turkey, or of the specter of al-Qaida, flourishing even as ISIS fades?”

Is Trump “indifferent to those foreigners because we are about making America and Americans great again? Fair; but remember that every unfinished victory in Syria and Iraq, every drone strike in Afghanistan, leaves a vacuum that must be filled by something,” she said. “A great American leader will fashion strategies that ensure that ISIS and al Qaeda don’t return. A great American leader will remember that it is our values that distinguish us most, and mean we must stand up to the genuine threat that the People’s Republic of China and Putin’s Russia represent,” she added.

“If that leadership and those values were what you were listening for, you were sorely disappointed.”

But, according to James Carafano, The Heritage Foundation’s vice president of foreign and defense policy studies, the speech showed that “most of the concerns about the Trump approach to foreign policy have proven unfounded. 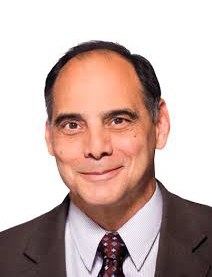 “The talk matches the walk. He is not an isolationist. He has not abandoned America’s friend and allies. He has not walked away from global institutions like the United Nations,” Carafano said.

“If anything, putting aside the tweets and off-hand comments, much of Trump’s foreign policy looks more traditional than that of President Bush or President Obama,” he continued. Trump “is not trying to reshape the world in America’s image, nor is he walking away from the responsibility to protect U.S. interests — like safeguarding Americans from nuclear blackmail by North Korea.”

On funding the military, Carafano added that while it is laudable that the president is forward-leaning in protecting American interests in places like the Middle East and Asia, he also noted the importance of ‘peace through strength.’ American strategy isn’t all about military action, but a strong military is foundational to a strong America and Trump is right to press Congress to fully fund the defense of the nation.”