ABYEI, Sudan | The village of Abyei had a population of about 30,000 when, in May 2008, violence broke out between government forces from the north and soldiers from the south, leveling the town and forcing the residents to flee to surrounding areas.

In the months since, the residents have been gradually moving back and rebuilding their lives.

Maleek Biam, a 30-year-old Department of Social Welfare worker, describes the security problems in Abyei, which have lingered even after the signing of the Comprehensive Peace Agreement between the north and the south in 2005. He says he hopes the two main political parties — the National Congress Party in the north and the Sudan People’s Liberation Movement, or SPLM, in the south — can come together and work out a solution, not only to the security problems but ensuring workers get the salaries they are due as well.

Another problem in Abyei is unemployment. Kom Bar, 25, says through a translator that “because I have no job, I spend all my day with my children at home.” She says she hopes the elections, set for April 11-13, will bring change. If elections are successful, the Sudanese “will vote for people who represent them and who will care for them and who will respond to their needs,” she says.

Another major vote for southerners is a referendum in January in which they will decide whether or not to stay with the north and the unity government or become an independent country. Local government worker Kuol Ajang, 38, says even if the south chooses to split from the north, relations among citizens will remain strong. “I am from the south and I was taught by teachers from the north, and I’ve lived there, and there was no problem,” he says through an Arabic translator. 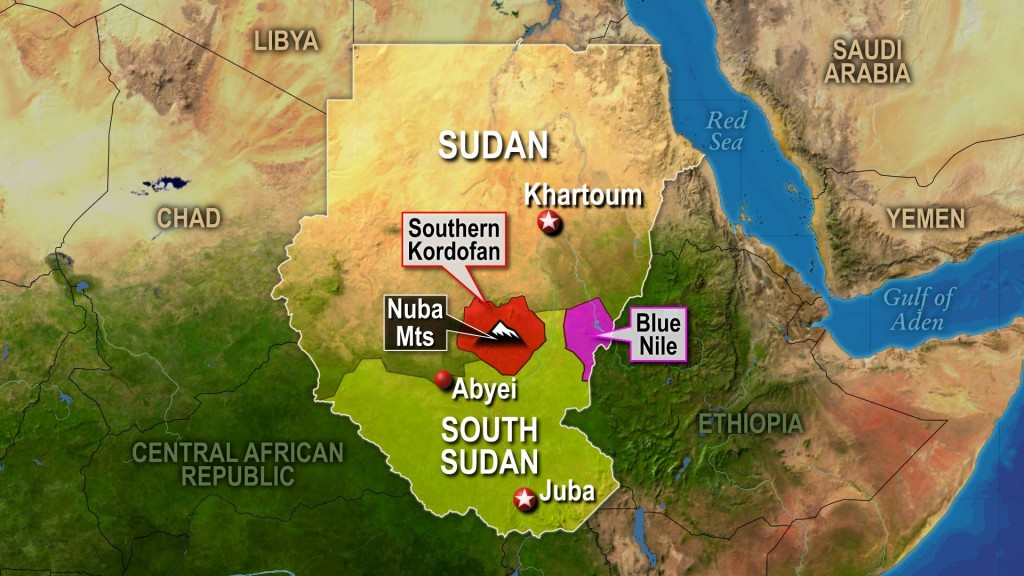 Map of Sudan and South Sudan, including contested territories along the border

Left: A man transports water in the village of Abyei in southern Sudan. Photo by Larisa Epatko