In Afghanistan, using sports to fill the gender gap

By day, Stephanie Case is a human rights officer for the U.N. Office of the High Commissioner for Human Rights in Gaza. After hours, she operates the nonprofit Free to Run … and she’s probably running, too.

In 2012, the competitive long-distance runner moved to Afghanistan, where she met women in a shelter who had experienced domestic abuse.

Case wanted to help them, so she ran three ultramarathons and raised $10,000 for the shelter. The women were grateful for the money but also curious about her experience running the races. They couldn’t even walk outside without a male chaperone, let alone participate in sports.

Case said she became determined to find safe ways for the women to get outside. “When women can engage in movement and reconnect their mind and body, especially when they have the chance to do that outdoors, they are finding new sides of themselves and reclaiming public space,” she said.

“It changes perceptions that society has of what role women can and should play.”

So in 2014, Case started Free to Run, which brings sports opportunities to women and girls in conflict areas. The group, which is incorporated in New York, has a main office in the Central Highlands of Afghanistan, part of the Himalayan mountain chain. 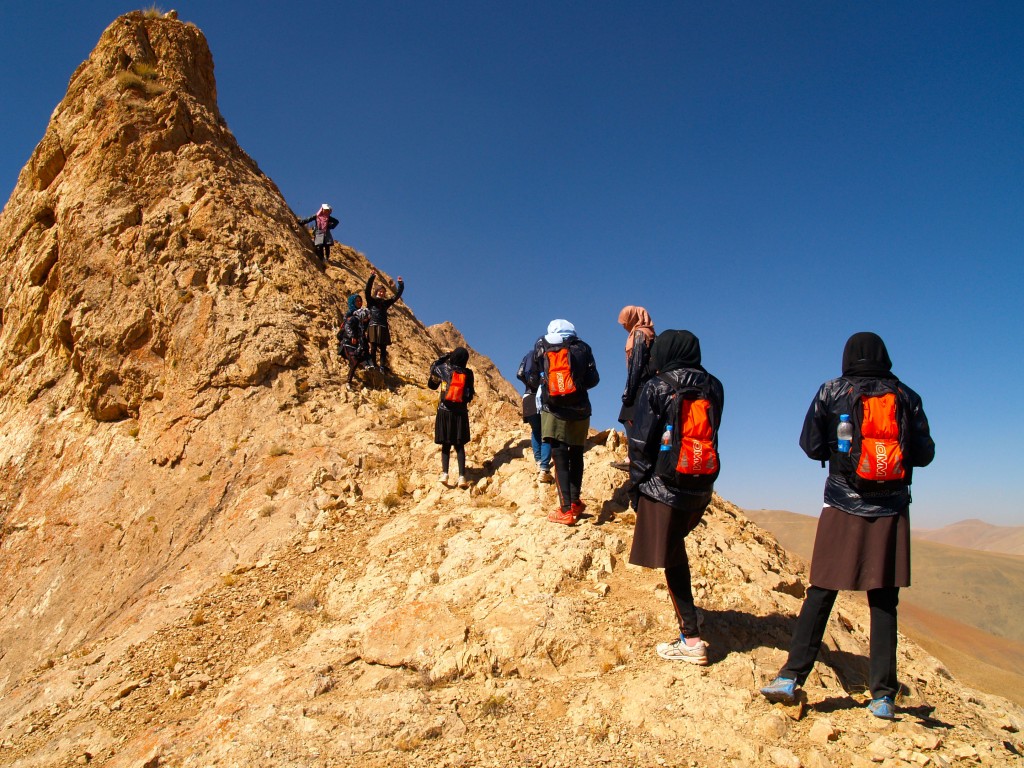 Free to Run sets up outdoor opportunities for women and girls in conflict areas, including the Central Highlands of Afghanistan. Photo courtesy of Free to Run

Most of its work is done in Afghanistan. Programs include student hiking clubs and training participants in long-distance running events.

For the hiking activity, Case partnered with a local environmental organization, which has strong relationships with farmers and other local workers that the girls might encounter.

“It’s only because of this alliance that we can take a bunch of girls into the hills and hiking, and we’re able to get acceptance by the farmers and the other men who see them there. Slowly but surely it becomes a normal thing,” she said.

Free to Run paid the way for two Afghan women to participate in a seven-day race across the Chinese Gobi desert. One of the women, Zainab, went on to become the first female marathon runner in Afghanistan in October.

Based on its success, Free to Run decided to train a team for another ultramarathon – this time in Sri Lanka.

Arzoo (her last name was withheld to protect her identity) plans to participate in the event in February. The 23 year old, who spent her childhood in Kabul, said she played soccer with her classmates. But in a male-dominated country, she found it difficult as a woman to jog down the street without getting unwanted attention.

The upcoming ultramarathon in Sri Lanka will provide a protected and supportive environment, along with a goal for something she loves to do. Arzoo said she decided to sign up “because I believe in myself. … This marathon will make me strong.”

Before, she would run in the early mornings when the streets were empty, but she expects that to change. “I have questioned myself about when we are going to stop being afraid, so that’s why I want to run during the day, after December.” 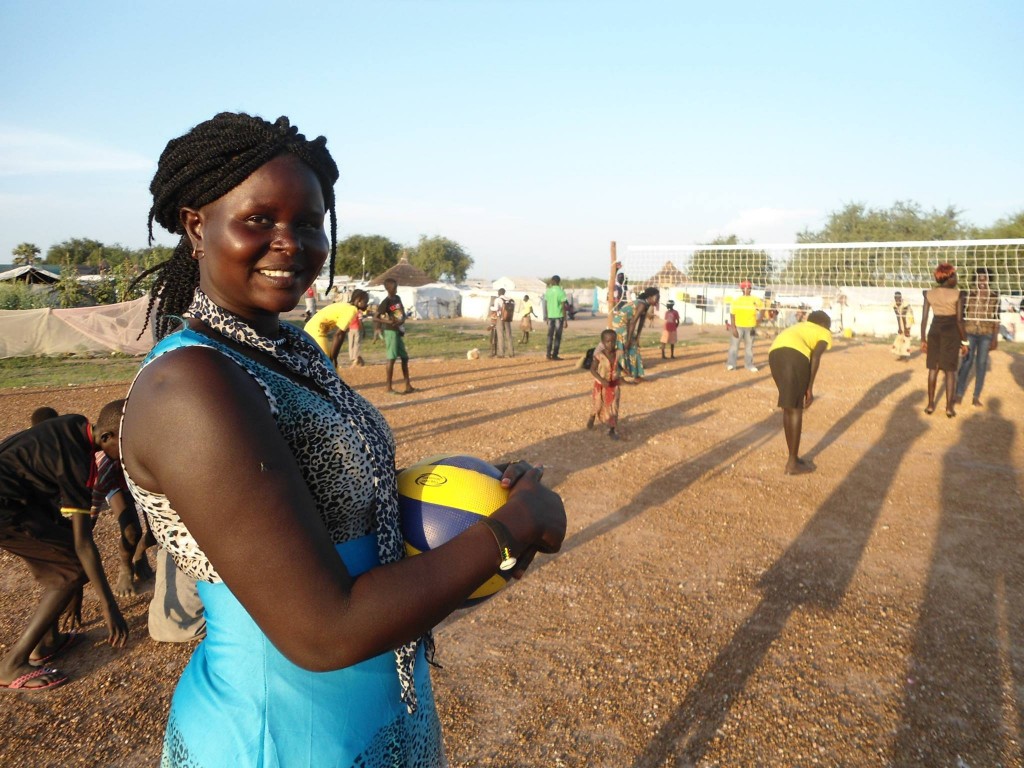 Girls displaced by fighting in South Sudan learned volleyball and other sports in a pilot program. Photo courtesy of Free to Run

In the Afghan capital Kabul, Free to Run is working to provide yoga and dance classes to women in the shelters. And it recently hired a member of the national female boxing team of Afghanistan to teach the women how to box, and showing them how female athletes can make it at the national level.

“Maybe not everyone wants to try hiking or biking or running, but the point is they should have the freedom to choose and at least experience what it’s like,” said Case.

Free to Run also has a chapter in Hong Kong, where there’s a “Hiking to Heal” program for women refugees, mostly from Somalia and Yemen and many of whom have been traumatized, along with a mixed-gender running group.

Case said the challenges are many. “But I’ve always thought if it wasn’t difficult, then this would already be done by someone else and there wouldn’t be a need.”

Left: Free to Run, established in 2014, partners with grassroots organizations in Afghanistan to provide safe sports opportunities for women and girls. Photo courtesy of Free to Run