Meet the skater girls of Afghanistan

When Madina Khsrawy was 13, she saw some boys skateboarding and asked them where she could learn.

It’s not an unusual pastime — unless you live in Afghanistan, and you’re a girl.

They took her to a program called Skateistan, a nonprofit that teaches skateboarding to children in Afghanistan to segue into an education program.

Learning to skateboard was hard at first, she said by phone from Kabul. “All sports are hard in the beginning. But I liked it and was interested in it, so I learned it fast.”

It’s still a challenge to skateboard outside the Skateistan facility in Kabul. Khsrawy said when she did venture out on the street, “people would look at me and were shocked.” They would ask her why — as a girl — she had a skateboard.

At Skateistan, “I feel I am free and I can do sports here, but not on the outside,” Khsrawy said. 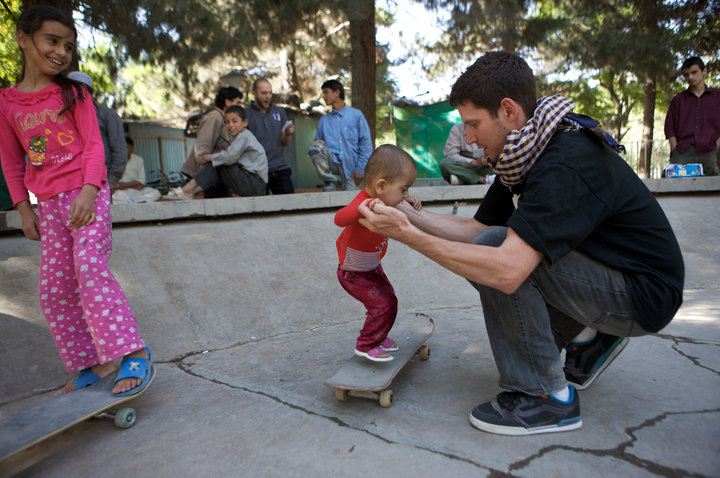 That’s the idea, said Skateistan founder and executive director Oliver Percovich: providing a safe place where girls and boys can interact and learn new skills. The program provides additional education for “street children,” or those who sell items on the street such as chewing gum and cigarettes and don’t get to go to school. The condensed curriculum helps catch them up to their peers.

About 1,200 students ages 5-17 attend the Skateistan program per week in Afghanistan’s two sites, in the capital Kabul and the northern city of Mazar-i-Sharif. Skateistan has opened skate parks in two other places: Phnom Penh, Cambodia, and Johannesburg, South Africa, where another 300 students go.

Since the PBS NewsHour profiled the group in 2011, Skateistan had branched out into two more countries.

About 47 percent of the Skateistan students in Afghanistan are female — quite an undertaking in a country where girls usually don’t play sports, let alone skateboard. The female students require more of Skateistan’s resources, Percovich said, because organizers must pick up and drop off the girls at their homes. The organizers also conduct home visits to ensure their families’ support.

“That’s really important in a society where girls going to school is a very special thing, and doing a sport is not the norm at all,” he said. But it’s worth it.

“While it’s a lot of effort in terms of logistics, and transport and home visits, the extra attention adds a lot of quality to our programming. I don’t think I would have really started Skateistan if it was just boys skateboarding. The fact that girls were interested in skateboarding when they weren’t doing any other sports made it special.”

Percovich started the organization in 2007. “I fell into this work with no background in international development. We were just a ragtag bunch of people who tried very hard to look at what was native and what made sense.”

The group pledged to stay in Afghanistan for 10 years and adapted to local needs. Several years later, it turned over the Kabul facility to be run by Afghans, which makes it more sustainable, Percovich said. 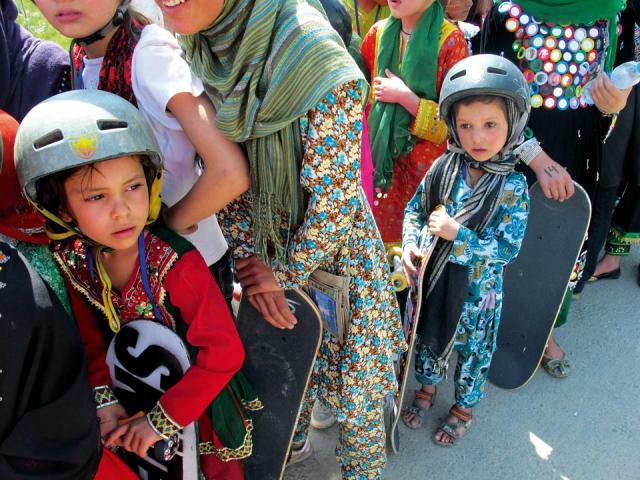 Boys and girls age 5-17 can participate in the skateboarding program. Photo courtesy of Skateistan

While some nonprofits take a while to expand, Skateistan grew pretty quickly, he continued, and is now in what he describes as a holding pattern. The organization eventually will take on more projects “where we can have the greatest impact and where there’s the biggest need,” he said.

Khsrawy, meanwhile, is now 16 years old and a youth leader with Skateistan. She said she never expected to be recruited for that role.

“I could not tell myself I am intelligent, but they told me I was intelligent and I should become a leader,” she said in English, which she practices with the English-speaking organizers. Like learning to skateboard, being a leader can be difficult at first, but you learn that “you should try hard and be your best.”