UN accuses all factions in Yemen conflict of war crimes

The United Nations issued a report Tuesday that blames all factions involved in the Yemen conflict for civilian deaths, torture of detainees, rape and other violent offenses that could be considered international war crimes.

Iran-backed Houthi rebels have for years battled for control of Yemen, and a Saudi-led coalition is fighting in support of the ousted government under President Abdrabbuh Mansur Hadi, who fled the country in 2015. It’s created what U.N. Secretary-General Antonio Guterres and others have described as “the world’s worst humanitarian crisis.”

The 41-page report from the so-called Group of Experts, established by the U.N.’s Human Rights Council, cataloged acts of violence that occurred between September 2014 and June 2018. Here’s what we know. 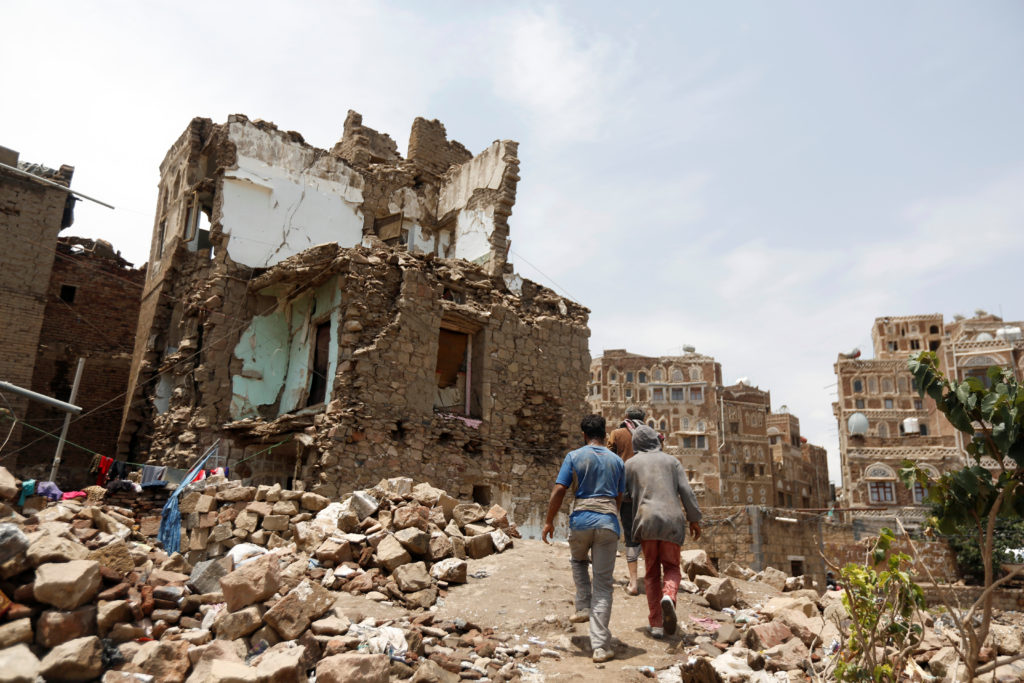 Damage caused by an airstrike in the old quarter of Sanaa, Yemen on Aug. 8. Photo by Khaled Abdullah/Reuters

What the report found

The group, made up of three regional specialists from Tunisia, Australia and the UK, visited at least four Yemeni cities to document accounts of residents and alleged victims.

Defense Secretary Jim Mattis on Tuesday defended the U.S. backing of the Saudi-led coalition, but said it was conditioned on the Saudis doing “everything humanly possible” to avoid civilian casualties.

“For the last several years we have been working with the Saudis and the Emiratis, doing what we can to reduce any chance of innocent people being injured or killed,” he said.

More than 22 million people — three-quarters of the population — in Yemen are in need of aid, according to Guterres.

Earlier this month, an airstrike hit a school bus driving through a market in a rebel stronghold in northern Yemen, killing dozens, including 40 children. The Saudi-led coalition said it was targeting rebels who had fired a missile at Saudi Arabia. The military coalition is investigating the incident.

The top U.S. commander in the Middle East and Southwest Asia, Lt. Gen. Jeffrey Harrigian, who is stepping down this week, did not comment on the school bus strike in an interview with The New York Times, citing the ongoing investigation. But, he said, “clearly, we’re concerned about civilian casualties, and they know about our concern,” referring to Saudi officials.

Kristine Beckerle, the Yemen researcher at Human Rights Watch, which recently issued its own report, said on Friday’s PBS NewsHour that the U.S. has been “tight-lipped” about the kind of support it is providing the coalition.

“What we do know is they are providing this midair refueling, but the U.S. won’t tell us which aircraft, for example, it refueled. Did it refuel the coalition aircraft that bombed a market, a home, a hospital, a wedding?” she said.

The U.N. report says further investigation of violations and abuses is required.

Left: Newly recruited fighters parade outside the U.S. embassy before they join Houthi rebels in battles at the border with Saudi Arabia and elsewhere, in the capital Sanaa, Yemen. Photo by Khaled Abdullah/Reuters