Concern about how climate change affects food security usually focuses on agriculture in resource-poor countries. But disruptions to weather patterns threaten food supplies for wildlife too. 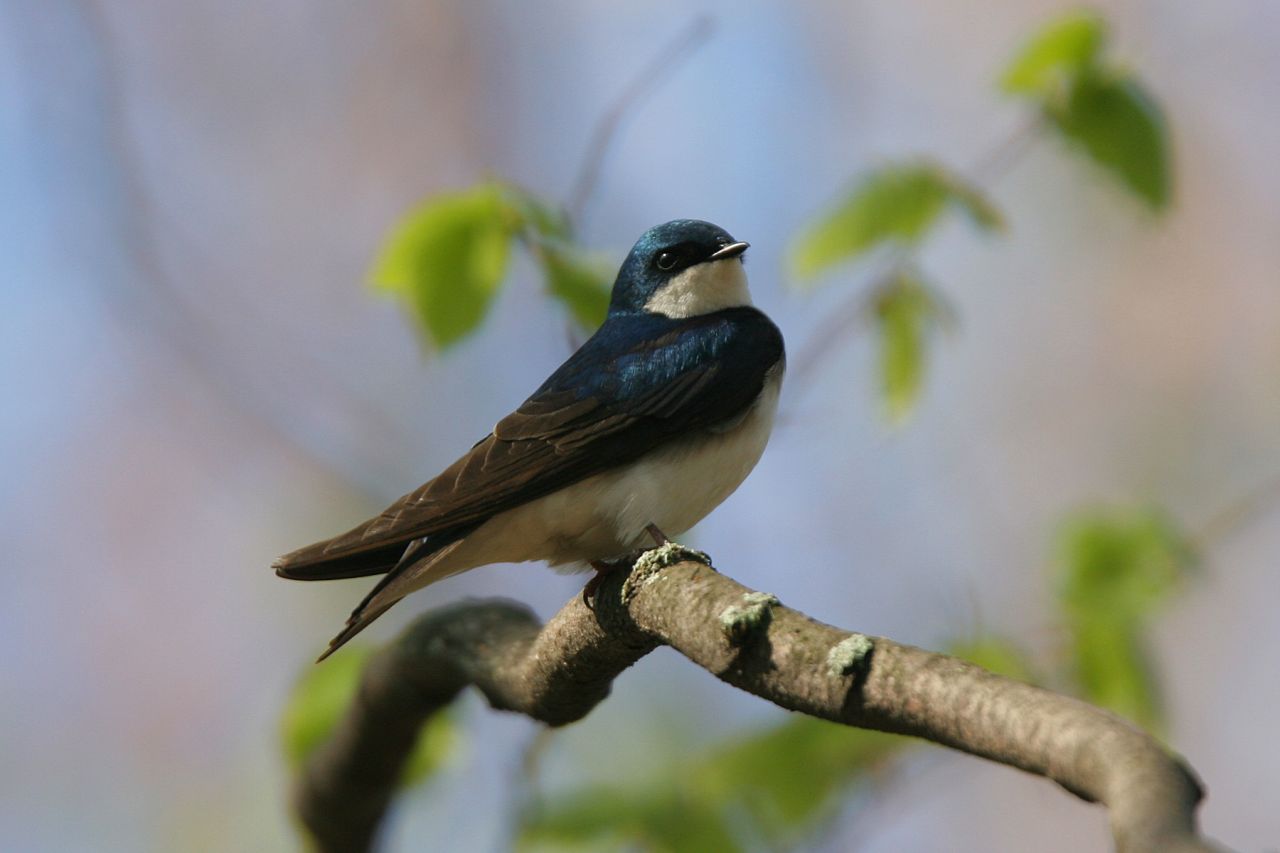 A tree swallow on a branch. Photo by P-G Bentz.

Walk along a marsh or lake on a spring afternoon and you might spot a band of swallows hurtling herky-jerky through the air, acting like they’ve had a few too many fermented berries. Swallows don’t eat berries, though. Their seemingly erratic acrobatics belie the masterful maneuvers of songbirds that hunt on the wing. Evolution has endowed swallows and other “aerial insectivores” with a remarkable knack for scooping up flying insects midair, a talent that has served them well for millennia.

But populations of swallows and other flying insect specialists—a group that includes martins, swifts and nighthawks—are declining faster than almost any other group of birds in North America. Their decline is particularly steep in the northeast.

Now, a new study of tree swallows in southeastern Ontario, Canada, points to a likely explanation. Climate change has disrupted spring weather patterns in the northeast. More cold spells and more rain have been devastating for this colorful little songbird.

Biologists have investigated several hypotheses to understand how climate change might affect bird populations. Previous studies have shown that when songbirds lay their eggs earlier in response to rising temperatures, they miss the peak abundance of insects their babies need to survive.

But researchers suspected something else was going on with the tree swallows when they kept finding dead babies in their nests after rainy days.

Since the late 1970s, rainfall has spiked during the 20-day period when baby tree swallows are in the nest. After it rained three days straight, the researchers found, the babies stopped putting on weight—just when they should be getting ready to fledge.

“Flying insects totally shut down and aren’t flying when it’s cold or rainy, so parents have nothing to hunt,” says Amelia Cox, who led the research, published in the Proceedings of the Royal Society B, as part of her master’s project at Queen’s University.  “And when it’s rainy, it’s also often cold. So you’re kind of hit by this double whammy of I’m starving and I’m freezing.” 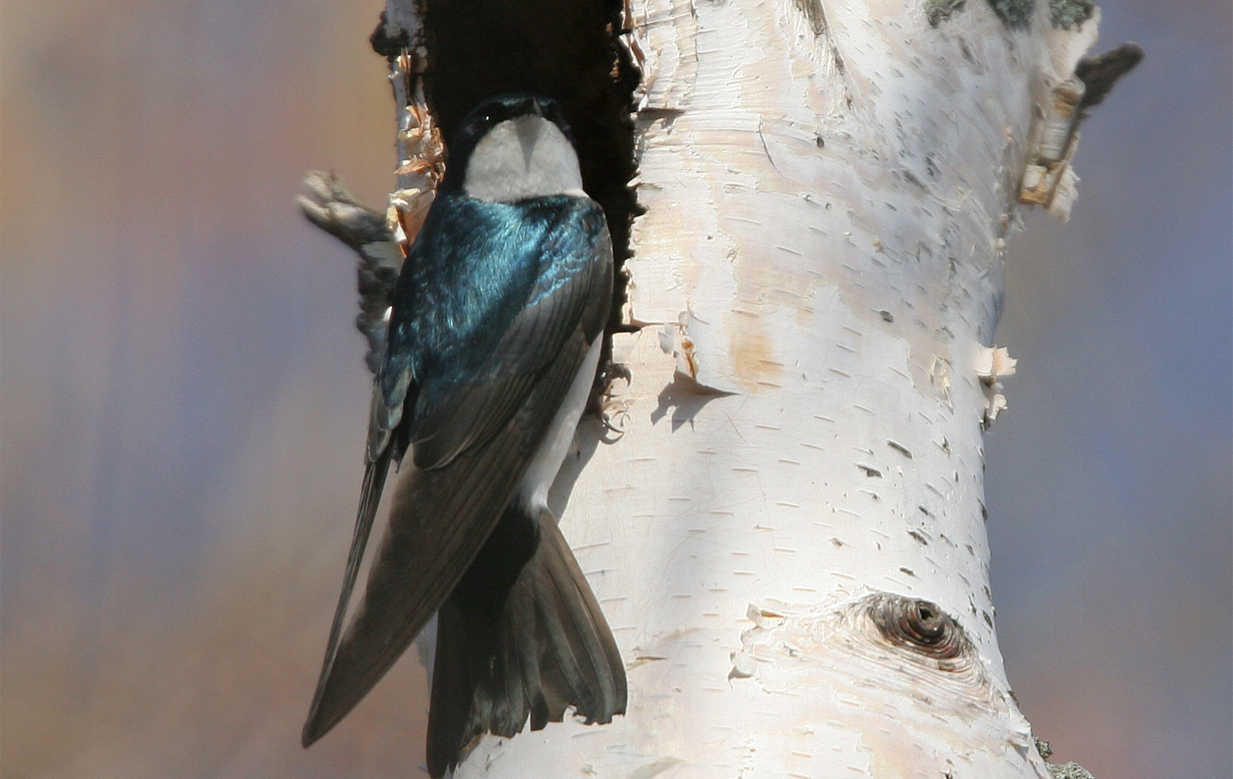 Cox and her colleagues think swallow parents try to make up for the food shortages by taking even more insects to their babies when the rain stops. “They know their babies are starving,” Cox says. “They’re probably begging a whole lot more than usual.”

To satisfy their ravenous chicks, moms stuff their mouths with insects and bring them to the nest every five to ten minutes all day long, says Frances Bonier, an assistant professor in the Queen’s University biology department, who oversaw the study. But during the cold, rainy snaps, she adds, “nest visit rates dropped to zero.”

That made “pretty bleak” work for the students who check the nests only to find dead chicks, Bonier says.

This extra effort appears to have taken more of a toll on the dads, Cox says. Mom has probably always given it everything she’s got, she explains, while dad typically steps in to help out when needed. “But now we’re actually seeing that the males are losing body mass over the course of the nesting period,” Cox says.

It’s not clear whether they’re losing weight because they’re working harder or because they’re starving too. Either way, even with the extra parental effort, the babies didn’t gain weight. Back in the 1970s, over the five days leading up to the time they should fledge, at 15 days old, tree swallows used to gain 3.5 grams, about a tenth of an ounce. That’s about 15 percent of an adult bird’s total body weight—enough to spell the difference between life and death. 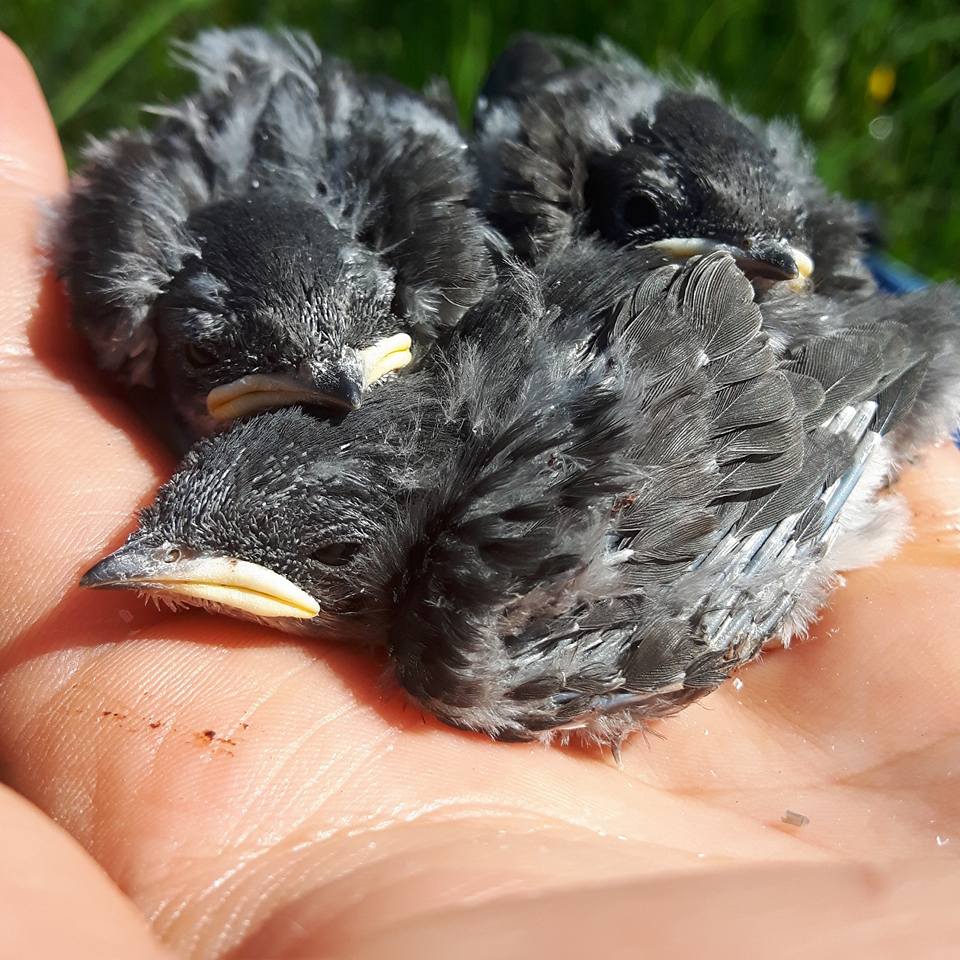 Baby swallows about to be weighed. Photo by Amelia Cox.

Tree swallows nest in the cavities of dead trees but readily take to nest boxes, like those spread out among a patchwork of old hayfields at the Queen’s University field station. Bonier inherited the study setup from Raleigh Robertson, now an emeritus professor, who put the boxes up in 1975 to study swallow mating behavior. “He would always tell me that if you’re doing a study and you need a bigger sample size, you just put up more boxes and you’ll get more birds,” Bonier says. “That’s not true anymore.”

Swallows, like many other birds responding to rising temperatures, are breeding several days earlier than they did in Robertson’s day. And now, they’re not just getting hit with more rain. They’re also contending with bears emerging from hibernation.

One year a rampaging bear kept knocking over nest boxes, Cox says. “He got a female incubating her eggs. He flattened it right on top of her.”

But the far bigger problem for the tree swallows is not being able to find food at their hour of greatest need. Climate change is already making human food systems less secure as extreme or unseasonable weather events destroy crops. Studies like Cox’s show that it may be placing even greater pressure on animal populations.

Taking steps to improve overall insect abundance could possibly offset shortages during these bad weather days, Cox says. “Making sure we have high-quality wetlands, not spraying pesticides all over your hayfields, things like that can improve insect availability.”

But ultimately, she says, “We’ve got to do better on climate change.”