Plant pollination is serious work. Here are some of the other supporting species that make it happen! 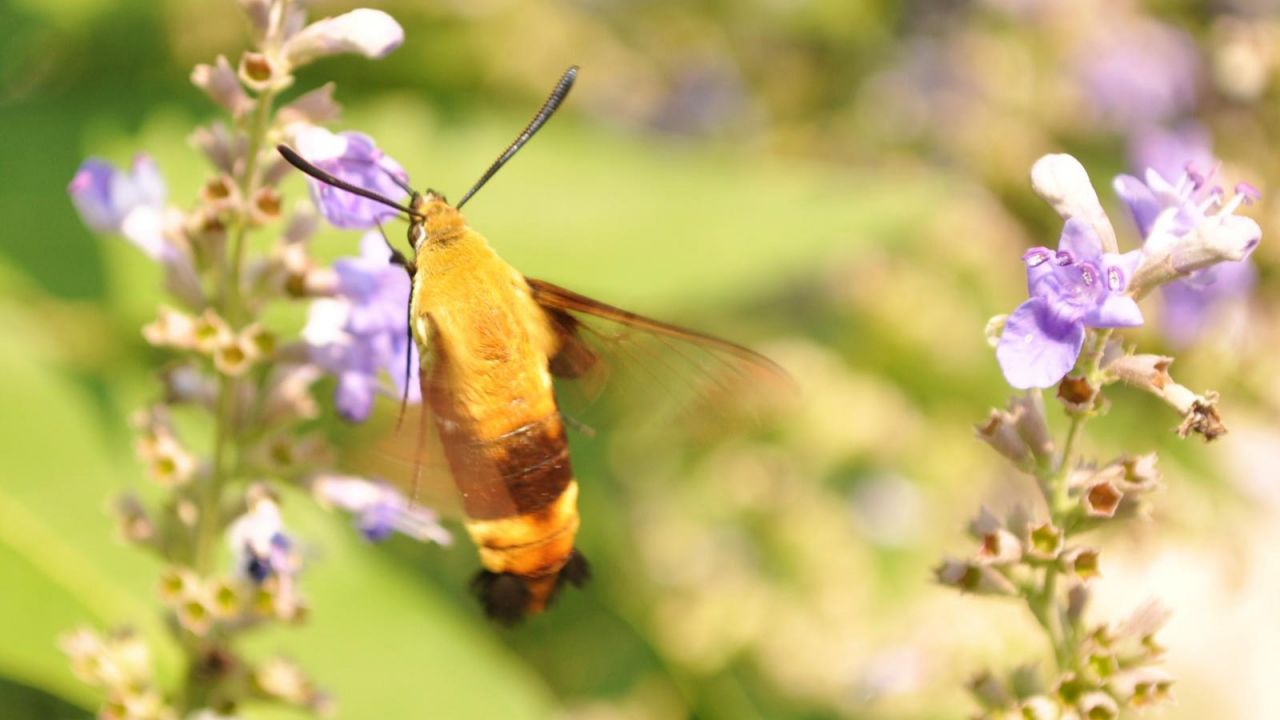 When we think of pollinators, it’s often of fuzzy, yellow-dusted bees alighting on vibrant flower petals in search of nectar. For good reason — there are 20,000 bee species in the world, and when it comes to helping plants reproduce, many of them are very busy. But they aren’t the only animals moving pollen from the stamen of one flower to the stigma of another. Earth is home to a host of weird and unusual pollinators that ensure both food crops and wild flowering plants complete their life cycle.

Take the chocolate midges — small flies no bigger than poppy seeds, and the primary pollinators of cacao plants. The intricate petals of the dime-sized flowers curl down over the plant’s stamen where the pollen is made, making it difficult for larger pollinators to access. It takes many midges to gather pollen and fertilize another flower. They toil away at dusk and dawn and prefer dense shady rainforest habitats like those in the Amazon basin. Without them, chocolate would be much harder to come by.

While chocolate midges give us something we love, mosquitos give us frantic behavior and itchy welts. But they too can be pollinators. For example, the snow pool mosquito — found throughout Canada, much of the northern US and Alaska — pollinates the blunt leaved bog orchid. While seeking the plant’s nectar, sticky pollen adheres to the mosquito’s head and eyes, which can make it look like it has one or two yellow horns. Makes sense, because they bite like little devils.

No one wants to hang out with mosquitos, but you might be willing to tolerate one or two if you have a chance to watch a hummingbird moth. These daytime flyers hover in front of long-necked flowers, where they unroll their crazy long tongues, insert them inside and sip the nectar, collecting pollen as they go. With their yellowish-brown or green and black bodies, and (often) clear, red-framed wings that sound like their namesake, people are sometimes confused by what they are looking at. Both the Snowberry Clearwing and the Hummingbird Clearwing are common species in North America. 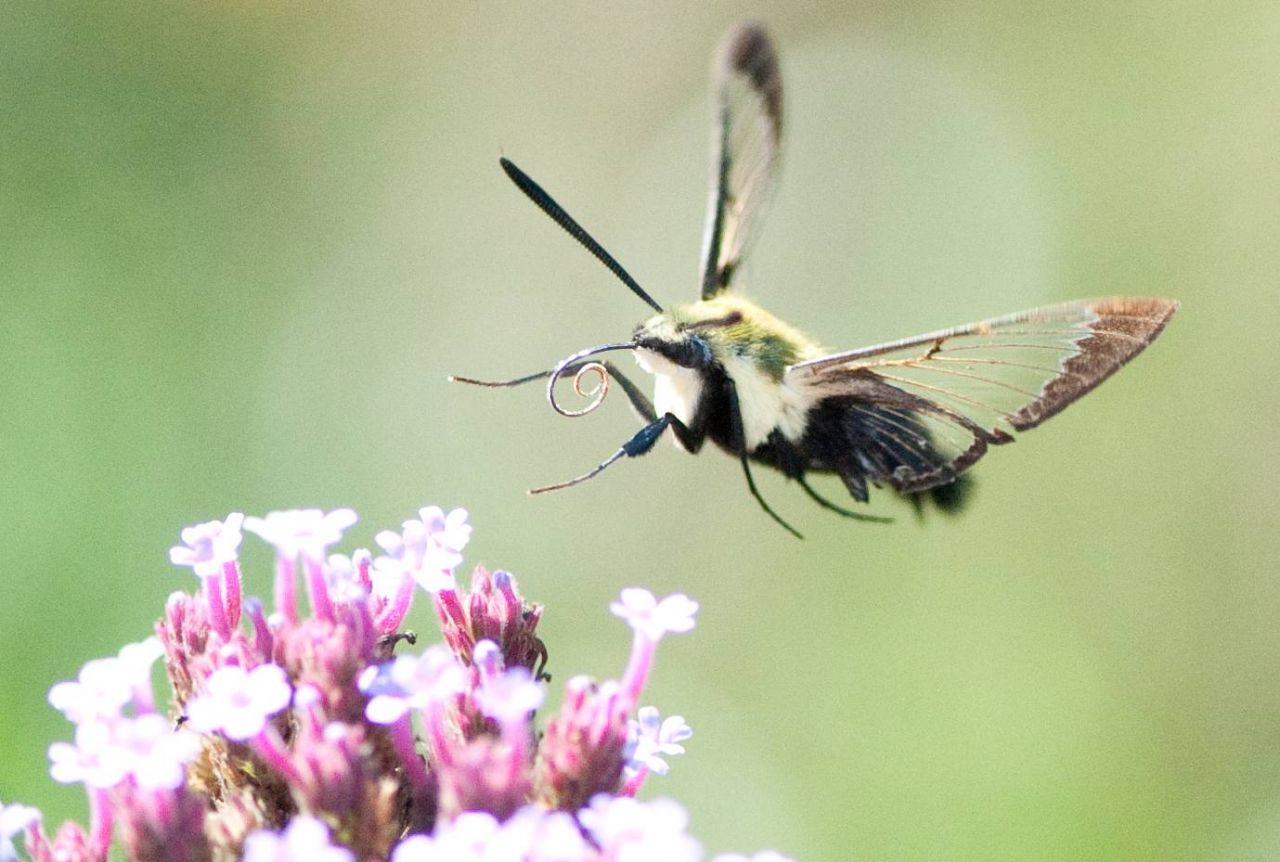 A clearwing moth with Verbena Bonairensis. Photo by Dwight Sipler

There are many more examples of insects that move pollen around, but non-insect pollinators deserve some attention, too. For example, there are about 2,000 species of pollinating birds worldwide, including honeycreepers, honeyeaters, sunbirds, and some parrots. With its bright green, red, blue, orange and yellow plumage, one that really stands out is the rainbow lorikeet, native to Australia and Indonesia. While sipping nectar from flowers like those of the yellow gum, pollen attaches to their foreheads and throat, and even to tiny fingers on their tongue called papillae where it hitches a ride to the next flower. 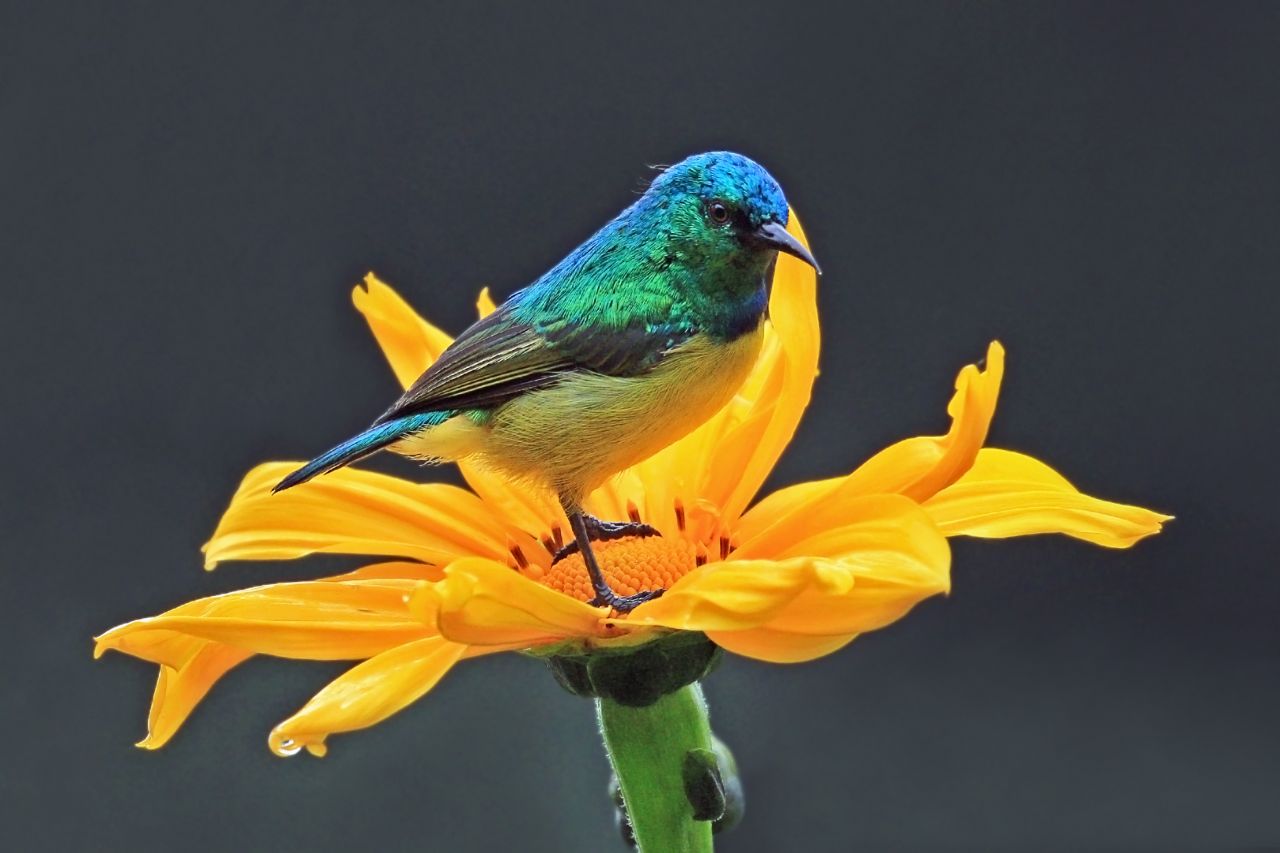 Mammals get in on the action too. Bats are probably the best-known, responsible for pollinating over 500 plant species, including types of mango, banana, durian, guava and agave (used to make tequila). Bats work at night and are attracted to pale flowers, unlike many of their daytime colleagues. Some, like the Mexican long-tongued bat, are really specialized for the job with a long skinny tongue that can reach into tube-shaped flowers. Pollinating bats are impressive, but not the only mammals to get the job done. The ruffed lemur, a black and white primate from Madagascar, gets pollen on its snout while gorging on nectar from traveler’s palms. And then there’s the much smaller honey possum, a tiny Australian marsupial less that 3.5 inches long that wiggles its elongated nose and mouth into Banksia and eucalyptus flowers to feast on pollen and nectar. 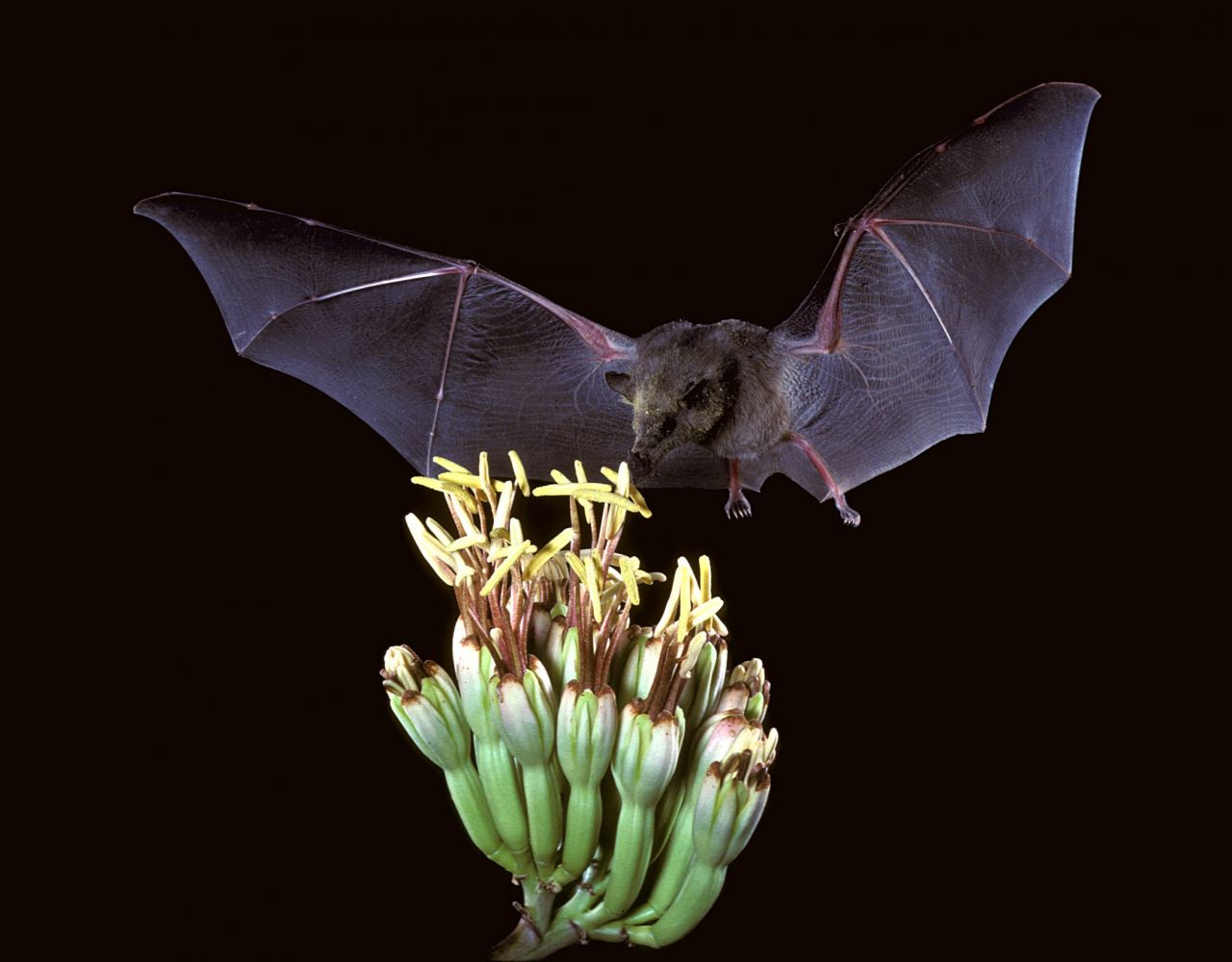 Even lizards pollinate. The sleek Noronha skink of the island Fernando de Noronha off of northeastern Brazil appears to pollinate mulungu trees, known for their fabulously weird orangey-pink flowers. Pollen collects on its scales when it’s sipping nectar and brushes up against the flowers’ stamens. The same is thought to be true of snow skinks in Tasmania, who get pollen on their scales after tearing apart the peachy red flowers of the Richea scoparia plant.

The list of non-bee pollinators goes on and on, including slugs, butterflies, wasps and many species of beetles. And those are just the ones we know about—scientists are still discovering new connections between plants and the animals that help them reproduce. And with bees so vulnerable to environmental change, a better appreciation of all pollinators and the roles they play will be essential to better crop management and the protection of wild plants in the future.