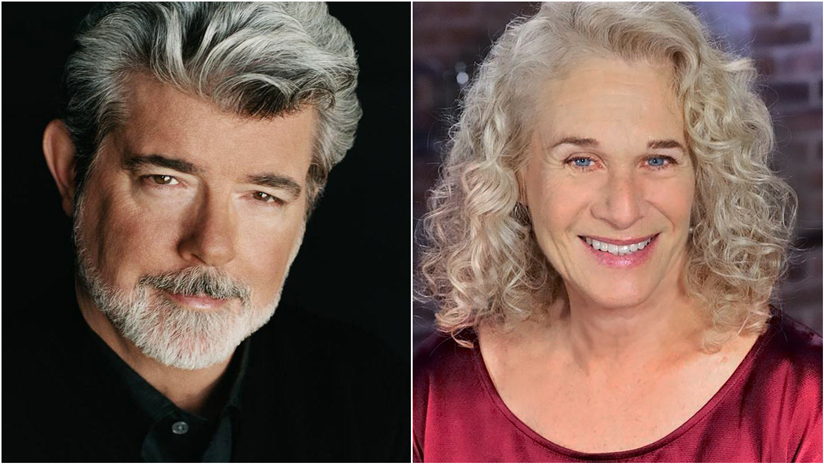 George Lucas (left) and Carole King (right) are among the 2015 Kennedy Center Honorees, and American Masters.

The Kennedy Center’s 38th annual national celebration of the arts also honors actress and singer Rita Moreno, whose early film roles include Tuptim in The King and I and Anita in West Side Story; conductor Seiji Ozawa, Music Director Laureate of the Boston Symphony Orchestra and Director of the Vienna State Opera; and actress Cicely Tyson, who this year at the age of 90 starred in The Gin Game on Broadway, opposite James Earl Jones.

The music group The Eagles were to be honored this year, but as announced in early November, the presentation of the band’s Kennedy Center Honors will be postponed until 2016 due to the health of band member Glen Frey. This year marks the first gala evening to be produced by White Cherry Entertainment, the company that has produced Broadway’s Tony Awards since 2003.

Carole King and George Lucas join a long list of American Masters artists who have been honored by The Kennedy Center in the past 38 years.